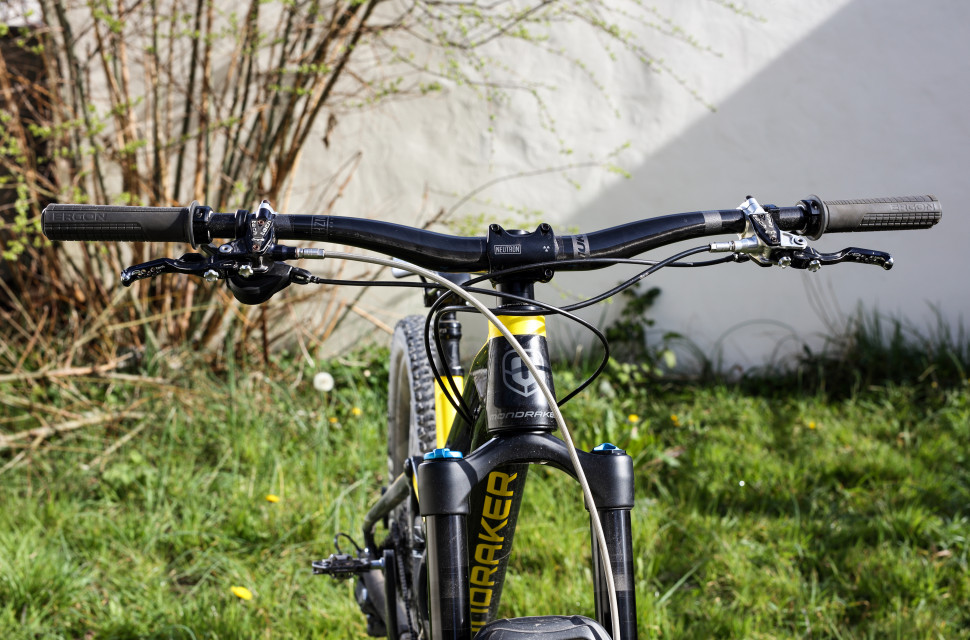 Liam Mercer
|
Jun 24 2020
|
Overall
Quality
Performance
Value
What's good?
What's not?
Buy if...
You're looking for a budget-friendly carbon bar to put a bit more weight on the front end

The Horizon Carbon V2 is principally made from unidirectional (UD) carbon, with a tough 3K weave at the ends to add crash protection and resistance to clamping forces.

It comes in an array of options including rises of 12mm, 25mm or 8mm, widths of 780mm or 800mm and diameters to fit either 31.8 and 35mm clamp sizes. However, there's only one colour scheme. (If that's a deal-breaker, note the cheaper, heavier aluminium version comes in six different colours.) 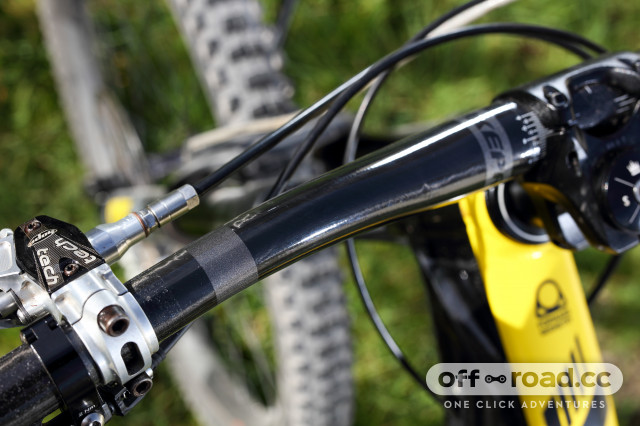 The Horizon V2 builds on the previous iteration not only with a new carbon layup, but also with an offset design.

Basically, the V2 retains the nine-degree backsweep that Nukeproof prefers for a comfy wrist angle, but only starts it near the bar ends, instead of close to the clamp. So now the central portion of the bar is pretty straight, and the bar ends are consequently held further forward.

You can get the same forward position with less backsweep, of course, but that gives you a less natural wrist angle at the same time. 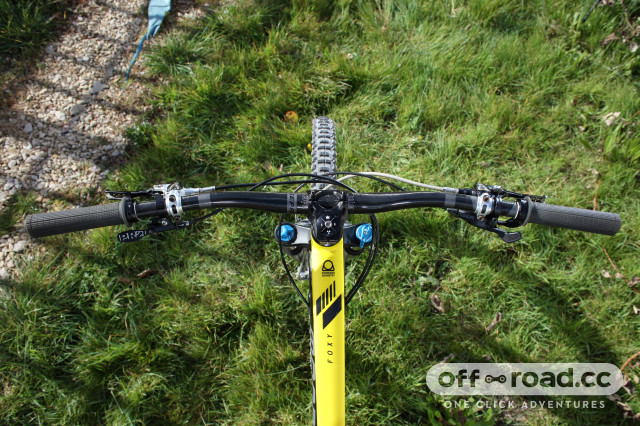 Confusing stuff out of the way, the Horizon V2 is easy to install thanks to large, clear markings around the clamping area. Lining up the bars is easy and finding the perfect bar roll is simple. 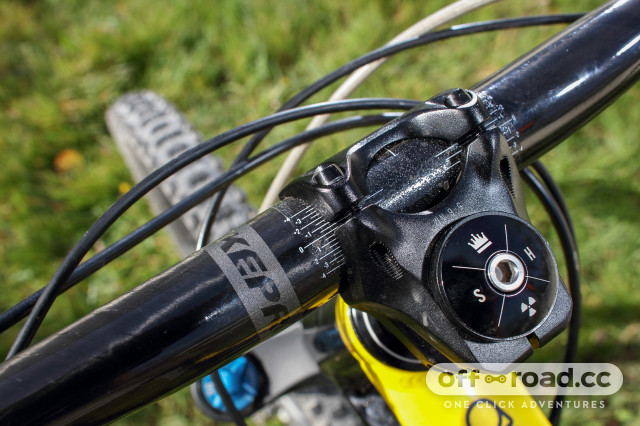 Once installed, the offset design is instantly noticeable. The bar pulls an extra bit of weight towards the front of the bike, which for me is very welcome.

This does alter how the bike rides but, in my case, it’s definitely for the better. I’m able to weight the front of the bike more easily than before, which has led to far fewer front-end washouts. Meanwhile, that backsweep proves very comfortable. 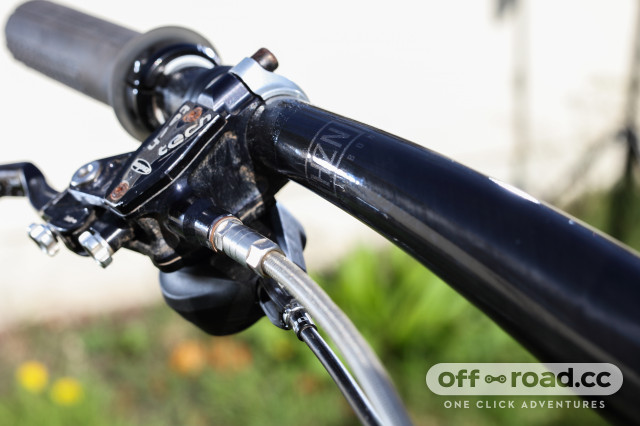 There’s also a little bit of compliance to the new layup that helps deal with trail chatter, but it's far from flexy – it's only noticeable if you’re really looking for it.

If you can't get your bars lower and/or using a longer stem is a complete no-go, the Horizon Carbon V2 is a great way to get more weight over your front wheel. By the same token, if you’re not looking to alter the way your bike feels, you’ll want to look elsewhere.

There’s very little wrong with the Nukeproof Horizon Carbon Riser Bar V2. It's a good-looking and comfortable bar, at a decent price for its carbon build, and strong enough to put up with some proper abuse. 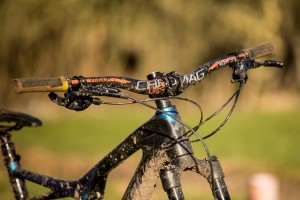 Well yes and no. The idea of the Horizon V2s offset is to recover any reach lost from it's 9° backsweep while keeping your riding position fairly similar.

Like you say, a nice, uncool lengthy stem will  have a similar effect but it'll alter the way the bike rides a little more.

"Effectively extends the reach of your bike"
No it doesn't.
It's exactly the same as using a longer stem.........only longer stems aren't cool are they?

"Effectively extends the reach of your bike"
No it doesn't.
It's exactly the same as using a longer stem.........only longer stems aren't cool are they?