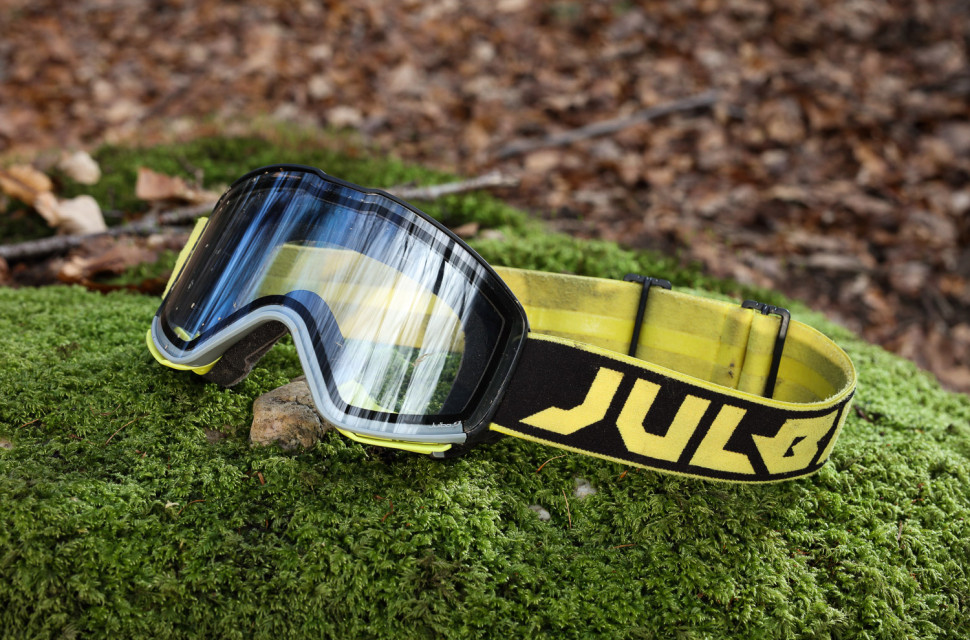 Jon Woodhouse
|
Mar 24 2020
|
Overall
Quality
Performance
Value
What's good?
What's not?
Buy if...
You're after an great set of quality goggles and can ignore or get along with the Switch air system

Julbo's Quickshift MTB goggles have a great lens and comfortable, secure fit, with quick-release magnetic segments on the underside allow you to massively increase airflow when needed. The downside is that they really need to be attached to the frame in some manner, as they're easy to lose as it stands.

These goggles' party piece is that they have two detachable 'drop-out' sections on either side of the nose that are held in by magnets but can quickly be pulled out if things are getting hot and heavy inside the goggles, increasing airflow and allowing you to see clearly again. It's called the 'Switch Air' system and it's designed mostly with climbing in mind.

It certainly works to clear any fogging very quickly, but the issue is what to do with the two separate pieces then you've removed them. It's not really practical to stuff them into a pocket if you're riding at the time, even if that is on a climb rather than a flat-out descent. If you're not riding then simply taking the goggles off seems a more logical choice. 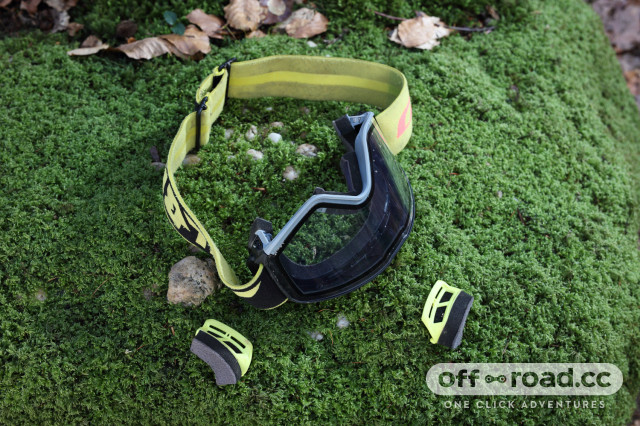 They certainly are airier and less oppressive on your face when riding uphill with the sections removed - kind of like a goggle-glasses hybrid - but if I'm going up for a prolonged period, I generally take the goggles off, which is even airier than that. 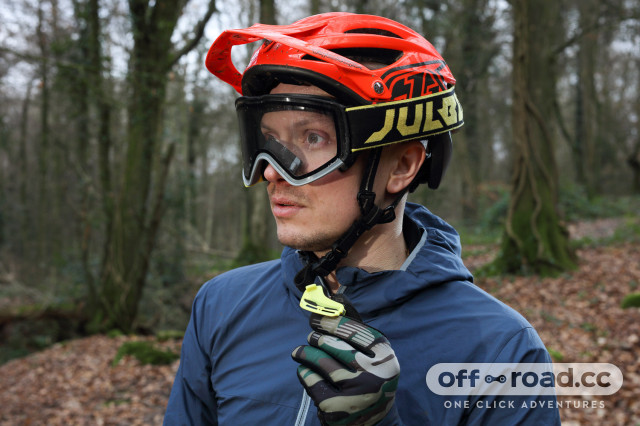 The removable segments are a bit of a faff to get reseated if you're wearing the goggles too, as they form part of the foam backing that's squidged against your face when you're wearing them. I found trying to get them to seat properly was a two-handed exercise that cames a bit to close to jabbing myself in the eye than I was happy with; maybe I don't have the knack but it was generally faster to just whizz the goggles off and stick them back on, ruining the point somewhat. 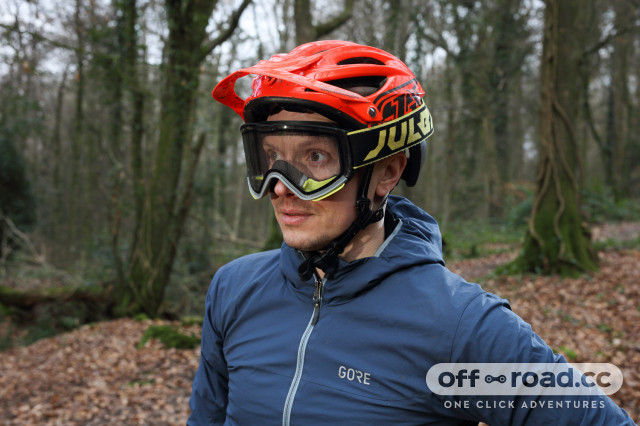 As the two drop-out lower sections aren't attached to the goggles in any way, I lived in fear of one popping out and getting lost. To be fair, once they're in, they're in pretty securely but it was only a few rides in before I managed to lose one when pulling the goggles off in a careless manner. The bright yellow colour of them on this particular model should help you find any errant ones a bit more easily, but one of mine was taken by the woods. Julbo's UK distributor Lyon said that it would replace them free of charge for any customers that had similar issues, which is reassuring.

It's a bit of a shame, as the goggles don't really need this feature. The lenses are excellent, with both a clear and lightly tinted one included in the asking price. Both are dual-layer designs that offer a broad field of vision, have very low distortion and an anti-fog coating that works very well, even without resorting to the Switch Air gubbins. There's no post for tear-offs, but that's not a deal-breaker for enduro racers by any means. 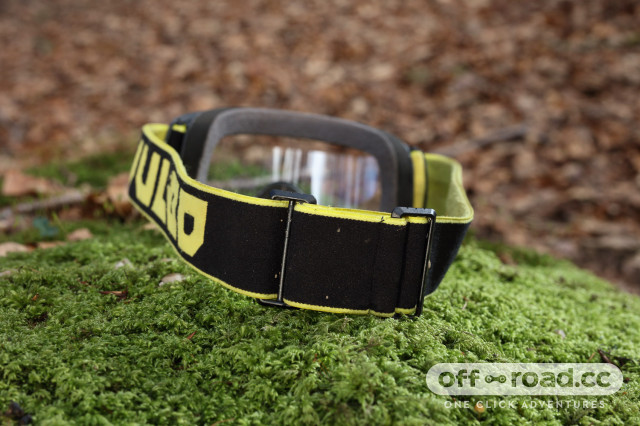 They're also lightweight at 130g and very comfy to wear, with the nose shaping being a particular highlight. The foam around the frame is only single density, but there's a lovely soft wicking layer on the outside and the way the frame is designed allows them to form to your face nicely.

The broad, nicely stretchy strap has a single silicone strip that serves to hold the goggles in place whether you're using an open or full-face lid and the pretty broad stance of where the straps are mounted means there's minimal interference with lid, ears or anything else once they're in place. 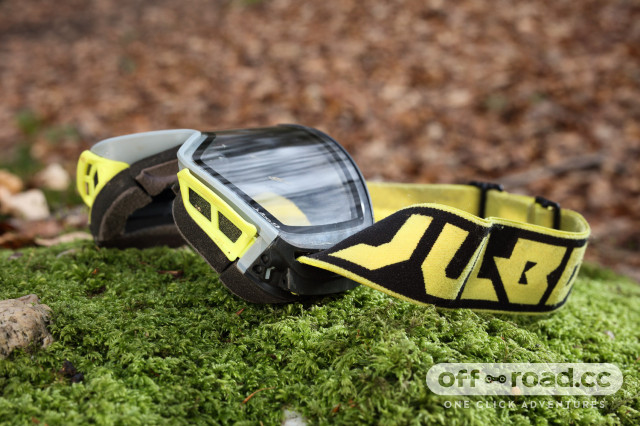 While the asking price is on the high side, it's not unreasonable considering the overall quality of lenses and build. In fact, these would be coming highly recommended were it not for the fiddly and easy to lose Switch Air system. If I hadn't lost one of them, I would have been tempted to glue the buggers in, which would have left me with a set of all-round excellent goggles with more than adequate ventilation. 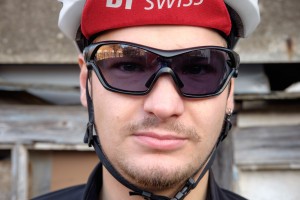