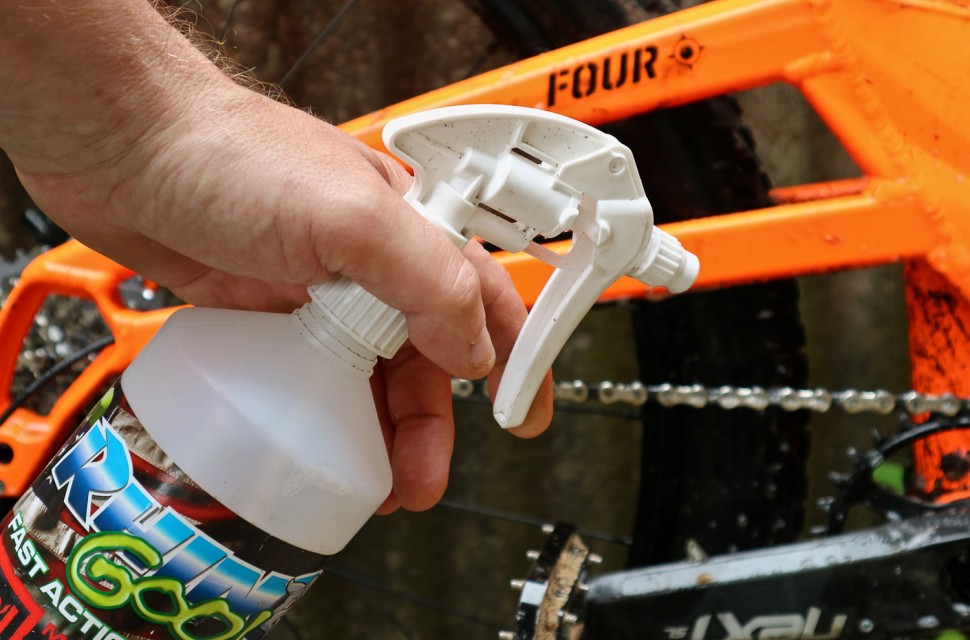 Bike cleaning sprays are ten a penny, and normally I’d recommend you just buy any one because it’s the cleaning process that’s important, not the spray you use. However, Rhino Goo Fast Action Cleaner is one of the most effective I’ve used, great value and also kind to paintwork and the environment.

I’d like to be able to tell you what is in Rhino Goo Fast Action Cleaner but the company is keeping this a closely guarded secret. What I do know is it doesn’t contain degreaser, which is common in a lot of other bike cleaners. Degreaser is really good at breaking down grime but it’s also caustic, so if you leave it on too long it can damage paintwork, aluminium and carbon surfaces. It can also attack the rubber seals and strip grease from bearings.

Fast Action Cleaner is much more surface and bearing friendly but at the same time, it’s also really good a breaking down dirt. The 1-litre bottle shown is the dilute form but Fast Action Cleaner is available as a concentrate and this can be used neat to loosen that black sludge that builds up on the chain and sprockets. Demon-tweeks.co.uk is also selling this as a 10 litre two-pack for about £23, which is killer value.

Like most bike cleaners Fast Action Cleaner is a bright colour - in this case, luminous yellow - but there’s a reason for that. You can see where you’ve put it, so don’t waste any by doing duplicate applications. Fast Action Cleaner does last ages but I found the colour does fade if you leave it outside in the sunlight. 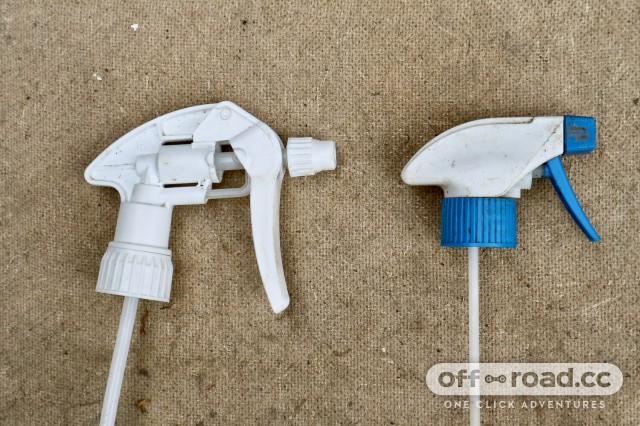 One of the things often overlooked is the quality of the trigger spray head. Most rival brands give up the ghost either before you’ve got through a bottle or not long after. Rhino Goo’s spray head is better quality than most but the company also reckons it’ll last longer because there are no harsh chemicals in its cleaner to attack the internal seals. 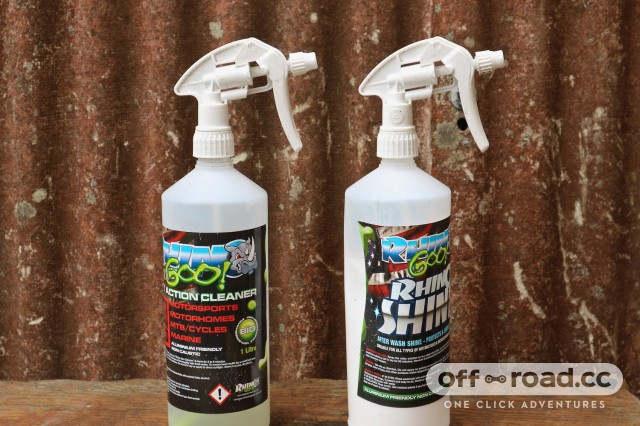 I’ve done a few comparative tests over the years on bike cleaners and some are so vigorous that you can’t leave them on your bike for longer than a few seconds. Rhino Goo’s Fast Action Cleaner doesn’t have the fizz of some but it still gets the dirt off. It’s also great value, especially if you buy the 1-litre bottle and just top it up with the 5-litre expansion pack. 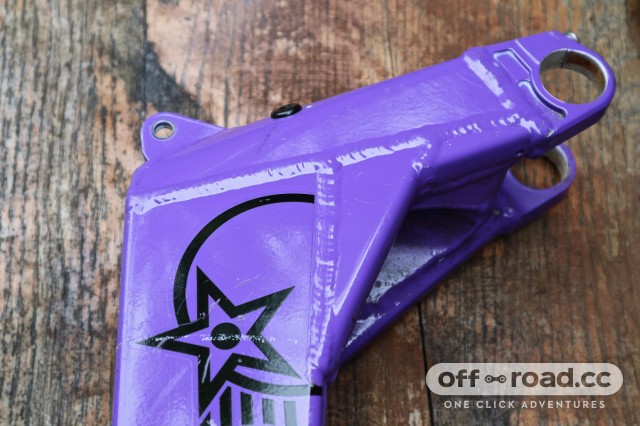 While I’ve been testing Fast Action Cleaner I’ve also been trialling another of Rhino Goo’s products – its Rhino Shine. This is a silicone-based product that you apply after washing to the frame and suspension components, which you then leave to evaporate. There’s no polishing of buffing required and the result in an almost show room finish. A little goes a long way too – I found three or four squirts is enough to completely cover the frame and forks. The best thing about Rhino Shine is it creates a gloss layer, which you can top up so mud is less likely to build up over time.

I can’t fault Rhino Goo two-part cleaning programme – it’s easy to use, offers impressive results and it's great value. The Rhino Goo name is not that well known on the mountain bike circles but it’s the only cleaner and aftercare I’ll be using from now on. 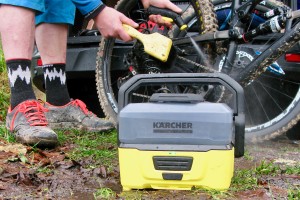