Skip to main content
Log In Register
Karcher OC3 Portable Cleaner £150.00
The OC3 does a great job at getting your bike clean but Karcher has traded capacity for portability. We'd trade the standard water tank for the optional Suction Hose to fix that. 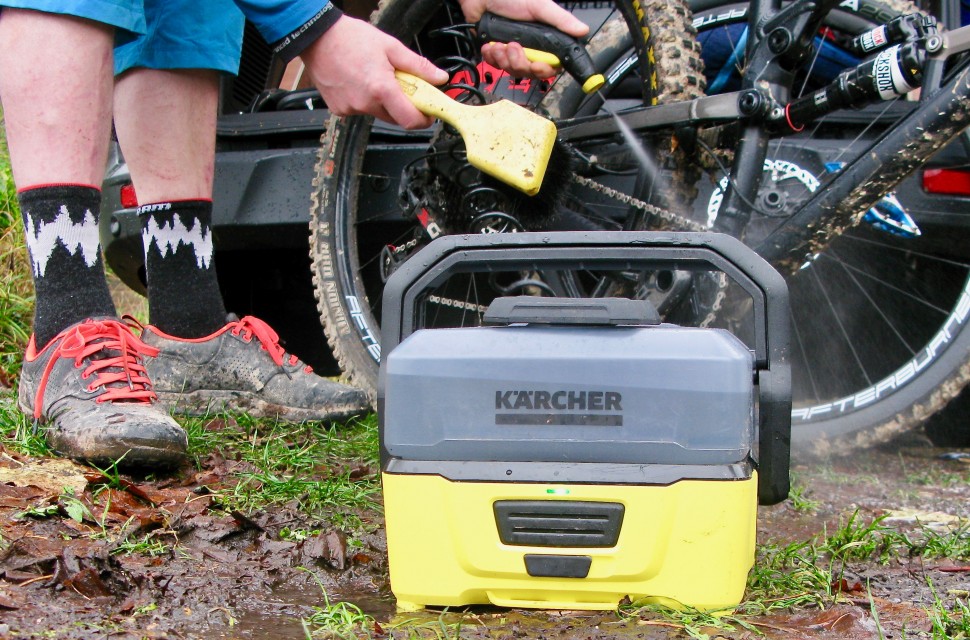 Cleaning your bike after a wet winter ride is a real chore because chances are you’ll be wet and cold too but if you have a nice car or live in a posh flat and don’t want to get mud everywhere, then it’s essential task. You can do a basic post ride clean with just a bucket and brush but to speed up the process, it’s worth considering a portable washer, like this new OC3 Portable Cleaner from Kärcher.

The OC3 is Kärcher’s first venture into portable cleaner market and like its jet washers, which seem to go on for ages, it’s a top-quality bit of kit. It’s a compact cube design with a water tank at the top and the motor, with storage for the hose and nozzle, at bottom. The two halves lock together using a twin handle for carrying and everything feels solid and well made. 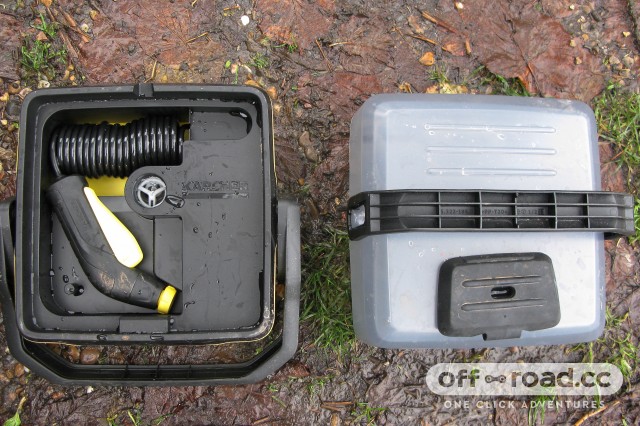 Rather than plugging directly into a 12volt car socket, Kärcher has opted to power the OC3 via rechargeable lithium-ion battery. The charger included comes with a three-pin plug, which may look like a bit of a negative when most rivals use 12volt but on a full charge, the OC3 will easily do three tanks of water. And if you really want to charge it in your car, you can always buy a 12V to 240V inverter from Halfords for about £25. 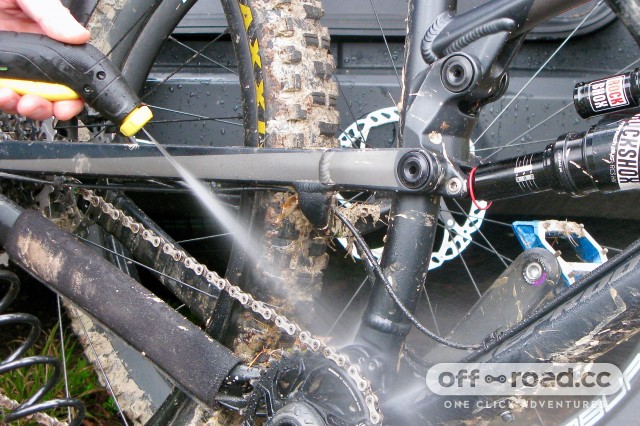 Like most portable washers the OC3 is low pressure, so won’t blast water into your bearings or seals and won’t dull your paint finish, something that is dead common with more powerful jet washers. On the flip side, you’re going to have to put in a bit of effort to get the bike clean, especially if you’ve been riding in sticky clay. The usual method is to give you bike quick spray then use a brush to break up and loosen the dirt before rinsing it all off. I used the OC3 in exactly this way, but the difference over other portable washers I tested is the four-litre tank just isn’t enough to get the job done. I had to top it up at least three times and, while the battery will do four full tanks, this does mean you’ll need to take or source a secondary water supply. 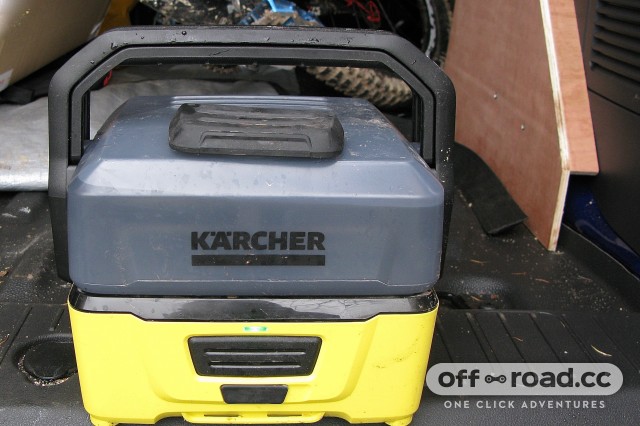 For this reason, it might be worth investing in the optional Suction Hose (£17). This plugs into the grey port in the centre if the base unit and allows you to use an alternative water source, such a bucket or Jerrycan. I didn’t have the hose on test but I reckon you could also use it to syphon water from a stream or a puddle, especially since it has a filter on the end to screen out impurities. 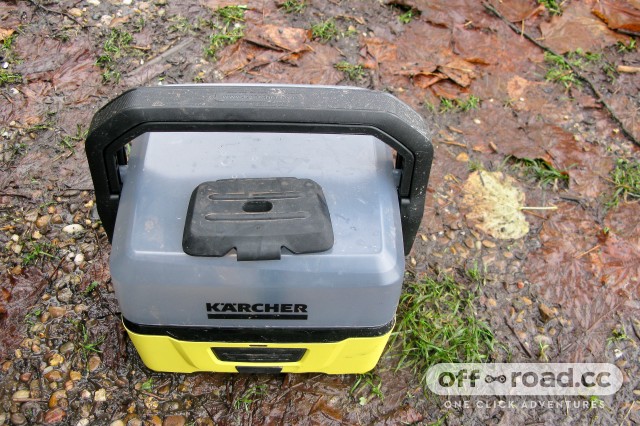 For post-ride bike cleaning, you can do a pretty okay job with a garden spray or just a bucket of water and a sponge. The Kärcher OC3 does pack more of a punch than those options but you will need to refill the 4litre water tank more than once and that means taking extra water with you. Since you’re doing that I reckon a better (and cheaper) option may have been to ditch the tank completely and just include the Suction Hose as standard. 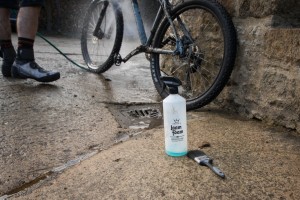 In the field bike cleaning

Fits easily in the boot of the car, integrated hose/nozzle storage and lightweight, truly portable.

If I could swap the water tank for the hose then yes.

Only if money was no option.

The OC3 does a great job at getting your bike clean but Kärcher has traded capacity for portability and a better option for bikers would be the Suction Hose fitted as standard and the water tank offered as an add-on.