Skip to main content
Log In Register
Trek 1120 review £2,399.00
It's a big tyred barrel of laughs that also happens to be really rather practical 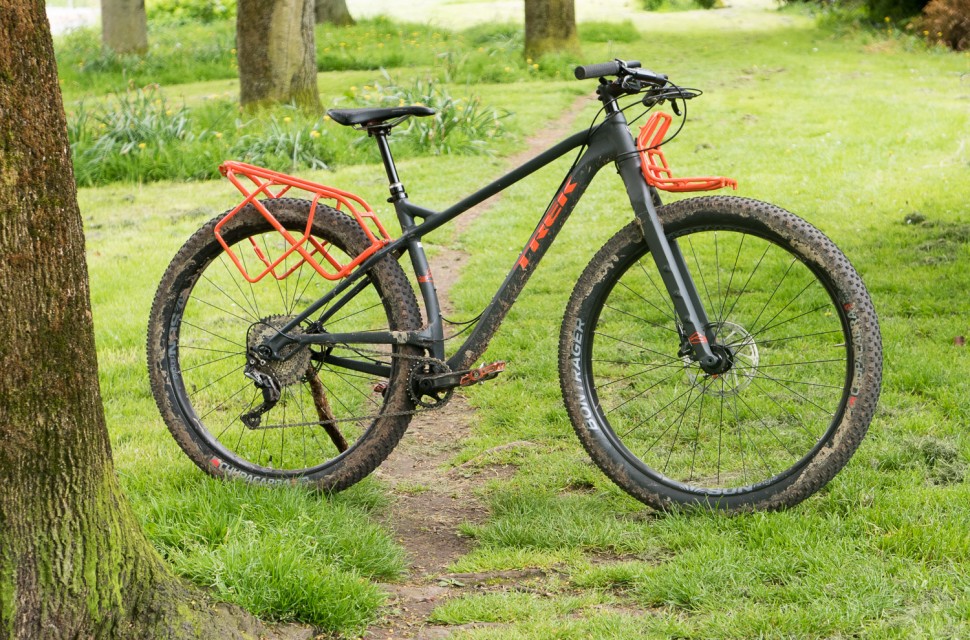 Jon Woodhouse
|
May 9 2018
|
Overall
Quality
Performance
Value
What's good?
What's not?
Buy if...
You want a quirky, fun machine for singletrack adventures, be they little or large

Trek's 1120 is an off-road touring machine quite unlike anything else out there. Thanks to fat 3" tyres on broad rimmed 29er wheels, it's comfortable and surprisingly capable even on pretty techy terrain, while the neat racking system allows you to take everything up to and including the kitchen sink. It's quirky, hugely fun and extremely practical all at the same time.

Trek is pretty much the only mainstream brand to get behind the 29+ wheel and tyre size, having debuted their plump tyred Stache trail hardtail some years back. The 1120 - that name is a nod to Trek's touring machines of old - uses a similar frame design to that bike with Trek's premium aluminium frame with a raised driveside chainstay to squeeze in huge 3" tyres mounted to broad 50mm wide 29" rims. It's heavily hydroformed to boost stiffness and clearance and looks surprisingly elegant for a machine that has such big tyres shoehorned into it. 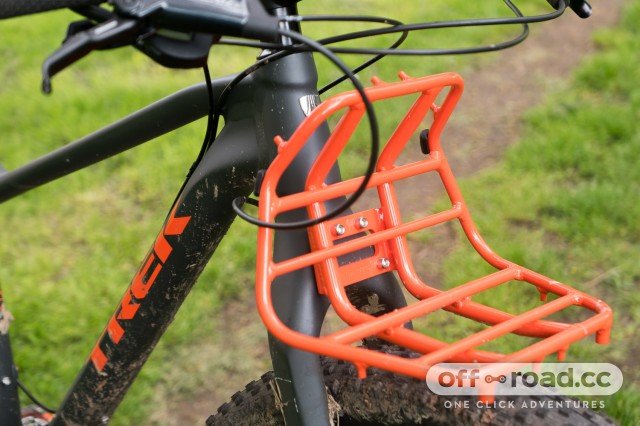 Up front, there's a rigid carbon fork that gets three-bolt 'Anything cage' mounts on either side, plus the unmissable bright orange tubular aluminium orange rack that is fastened firm;y top the fork crown by four bolts. That's mirrored at the rear with a neat rack that's heavily sloped to allow you to make use of the dropper post that's fitted as standard, even when you're laden up. The bike even comes with a pair of tidy and secure minimalist panniers that can take up to a 9L so drybag stuffed inside and cinched down with straps. 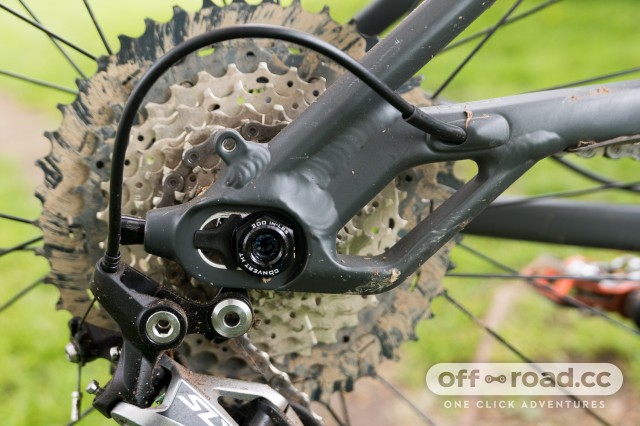 It's certainly an attention grabber. Those bright racks contrast heavily with the understated battleship grey frame and the massive wheel and tyre combo make it look a bit like a kid's drawing of a bike, so if you don't like random people eyeballing you or wanting to chat when you've stopped then you'll probably need to head to the back of beyond - which is certainly what this bike is pitched at doing. 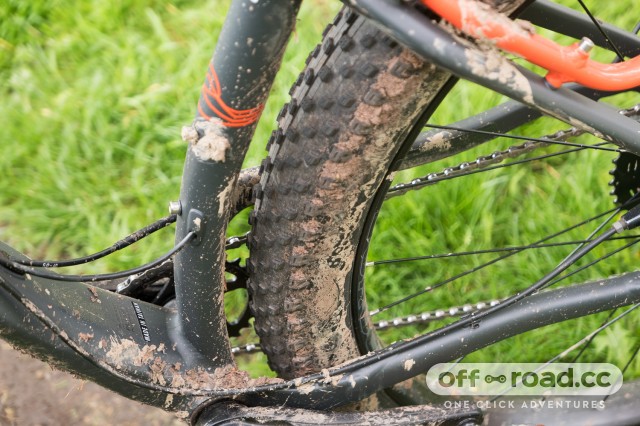 However, the reality for most purchasers will be more prosaic, so how does it cope with general singletrack hacking about? The answer is pretty damn well, within reason. As with all high-volume tyres, getting the pressure absolutely spot on is critical. Too high and there's no traction and the undamped rebound of the tyre will see you pinged off the trail as soon as there's a vaguely repetitive series of bumps. Too low and you'll feel the sidewall slew as you turn and try to take the tyre off the rim, as well as being hellishly draggy. 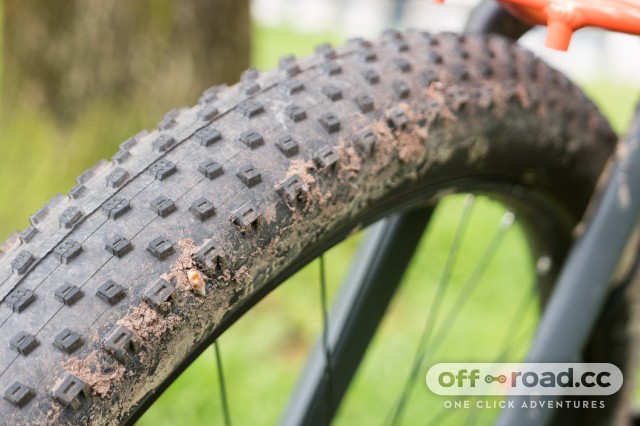 Get it right - and we're talking 1psi either way here - and there's a really nice balance of support, compliance and grip, with the sort of lumpy washboard that makes up 90% of a UK trail centre being evened out especially neatly. There's no way a fat tyre is a substitute for suspension - once the front or rear tyre gets pinged in the air off a series or roots or rocks then you'll discover that not having any rubber on the ground makes it very hard to turn or slow down - but the lightly treaded Bontrager Chupacabras do their best to give you traction if you keep things sensible. I found the reinforced Inner Strength sidewalls to be surprisingly tough too and it's possible to run them tubeless, which you'll want to do as soon as you can to help drop weight and because 29x3" inner tubes are quite hard to find. 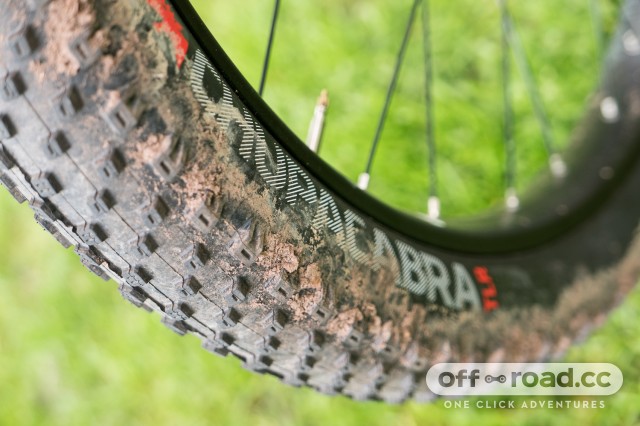 It's a pretty sprightly machine to pedal despite the fat tyres and fairly chunky 14.2kg weight. There's definitely some noticeable mass in the wheelset, but to wending up, down and over singletrack, it's a lot of fun as you bobble and bounce down the trail. In fact, it was confidence inspiring enough to take down some reasonably techy singletrack, which was generally okay as long as you held the speed in check. Hit successive bumps too fast and the resonant frequency effect of rigid frame and fork plus big tyres would quickly see things going pearshaped as you get pinballed about. 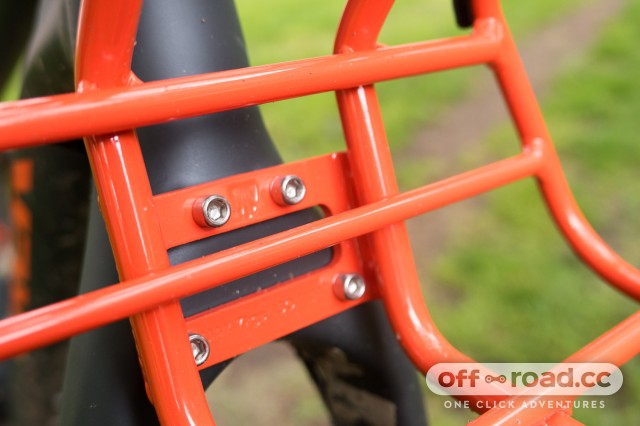 While those weirdy shaped bars don't lend themselves to more aggressive riding, they're not too much of a hindrance in the grand scheme of thing and do give a pretty relaxed place to be if you're not tackling extremes of gradient, which is where the elbows-in stance is a bit limiting. The rest of the finishing kit is good though, with the own-brand saddle and grips being nice and comfy. Bontrager's Drop Line post has generally proved to be reliable and the 125mm drop is more than enough in this application, though tip the bike down something suitably steep and you'll find that your bum hitting the rack is the true limit. 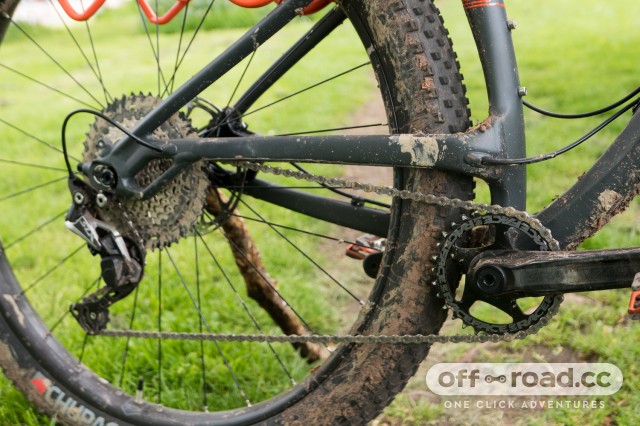 The Shimano SLX 11spd drivetrain gets a fairly dinky 30T single ring up front, which in combination with the 11-46T cassette gives a pretty decent range, if slightly gappy at the top end thanks to some big jumps in the cassette. I suspect that when fully laden in big mountains you might want to go even lower on the front chainring, but the direct mount rings for the RaceFace Aeffect crankset are easy enough to find and fit. 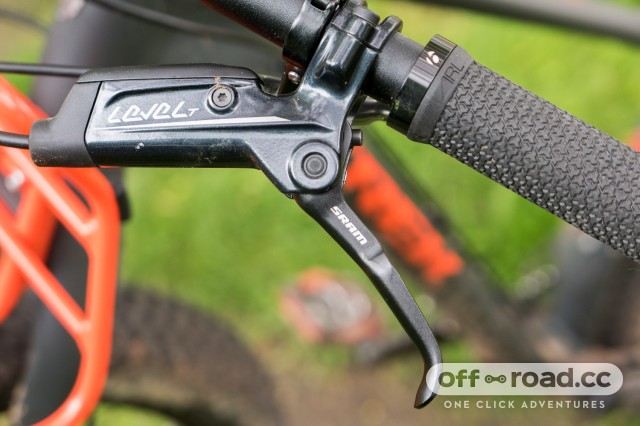 The SRAM Level T stoppers offered decent feel and power, though the front did start acting up after a while, starting to catch and bind. That's not something I've had with other Level T brakes and the rear was absolutely fine, so it's likely to be a one-off thing curable under warranty. 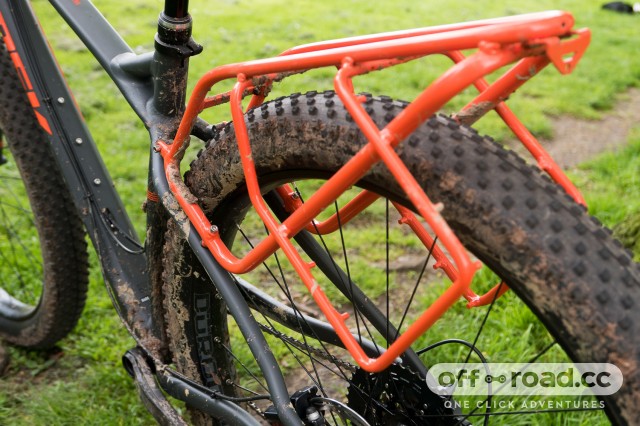 It's a lovely thing that a brand as big as Trek can make something quite so odd as the 1120.  Yes, I suspect it might be the sort of thing bought by people (often with beards) that really want to talk to you about the bike rather than actually ride it and yes, despite being ostensibly built for adventures, I reckon most of them will potter around the local loop rather than making the first crossing of some godforsaken mountain range, but none of that really matters. 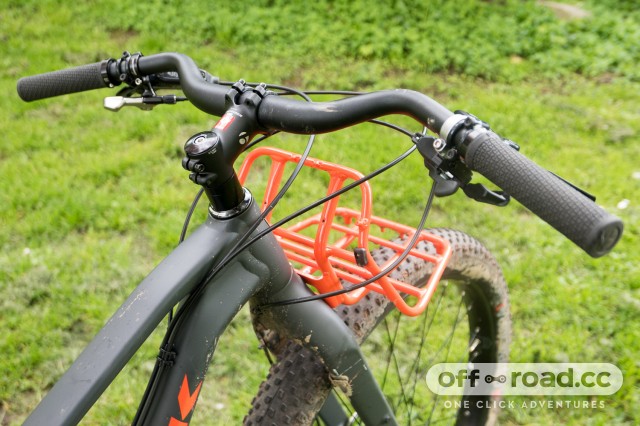 Yes, if you fancy doing a huge off-road tour somewhere then it'll do that extremely well, but I found that it was using it in much more workaday settings where the sheer goofy charm of the thing won me over. It's a hugely practical impractical thing, and that's quite an entertaining combination.