Skip to main content
Log In Register
Rondo RUUT AL1 Review £1,800.00
Fun and fast with a well-specced frame, but decent stop and go bits would add more than the gimmicky geo adjust 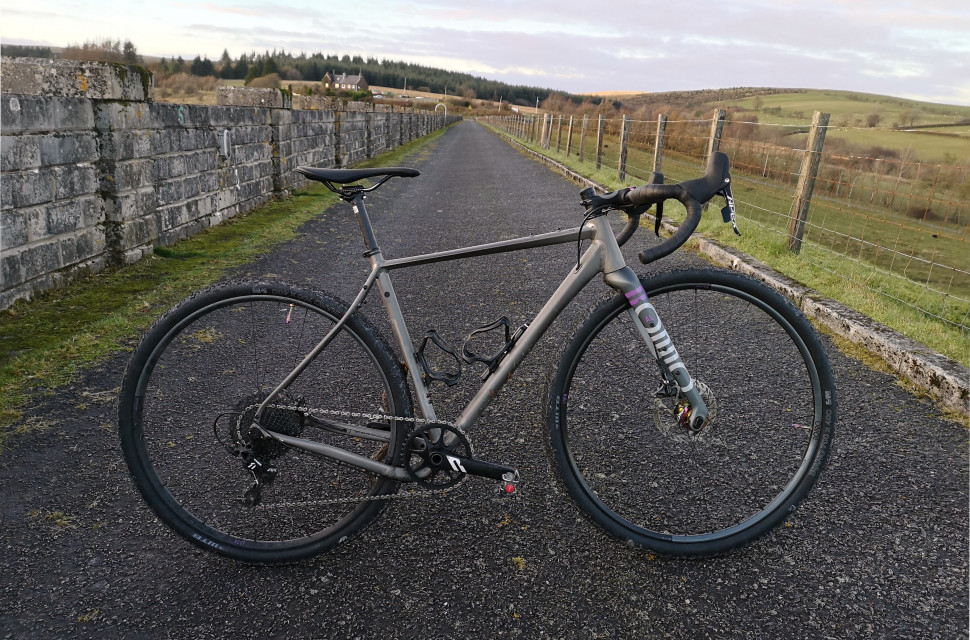 The Rondo RUUT AL1 is a gravel bike that offers adjustable geometry via a TwinTip system built into the fork. The adjustments are subtle, but whatever the setting the RUUT is masses of fun to ride – though it doesn't stack up for spec against its competition.

The RUUT AL1 is a great looking bike with an almost industrial aesthetic – the raw finish and chunky welds are intriguing features. Add some nice finishing touches, such as the oilslick paint on the hubs and the quirky rubber bands braceleting them (it keeps this tricky area clean) and the whole thing really stands out.

Rondo claims it created the first variable geometry gravel bike in the world with the RUUT, which first appeared in 2017. The TwinTip 2.0 fork features a removable axle insert that sets the axle in two different positions: HI and LO. 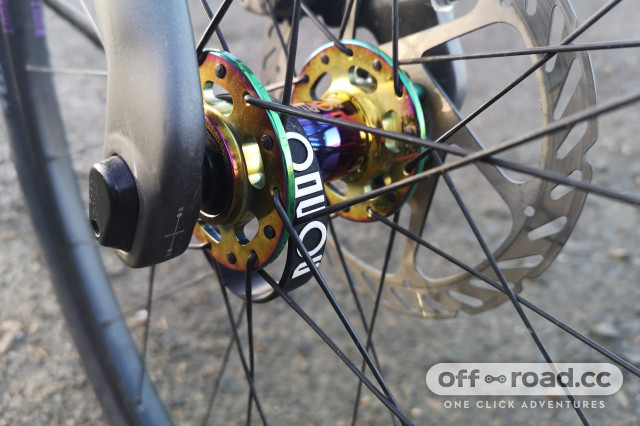 I found it a little confusing that the HI setting puts the bars 10mm closer to the ground, but it puts the axle higher in the fork, so it makes sense. This steepens the head and seat tube angles by 0.5 degrees too, and slightly increases the reach. The effect is a slightly more aggressive, race orientated position.

The LO setting is how the bike comes as standard, and Rondo suggests this is more suitable for longer, more relaxed rides. 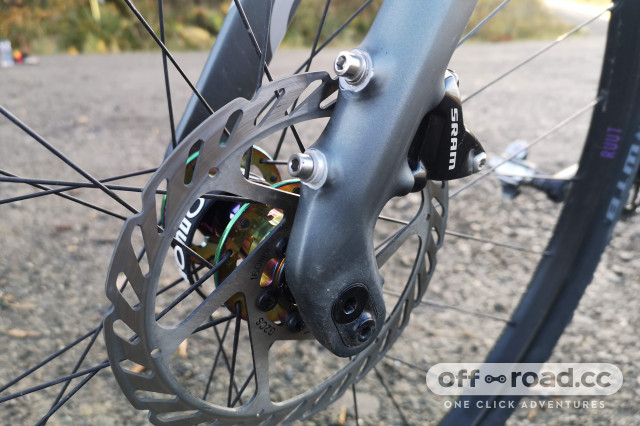 As the numbers suggest, the difference flipping the chip makes is quite subtle – even in back-to-back tests around the same loops, it doesn't dramatically change the feeling or turn a racer into a cruiser. And while there's a slight difference in feel and handling, I found no noticeable difference in the times I set, on either these loops or on dedicated climbs and descents.

It's not exactly a quick change either, as it involves four different tools: a 6mm hex for the axle, a 2mm hex for chip's grub screws, a 4mm for the brake bolts and a T25 Torx for the brake adapter (the adapter only fits in the LO setting). The video above shows you exactly how this works.

It's also worth noting that the two M5 caliper bolts are slightly different lengths. When swapping, trying to remember which way the adapter goes and which bolt goes where makes the whole process a real faff. There are no markings to help you.

In either mode, it's a reasonably sharp, fast handling bike. My preferred setting is the HI option. The riding position is low for a gravel bike and close to some road bikes, as the head tube is reasonably short – it's not unlike a cyclo-cross bike in some ways, right down to the flattened top tube to help with carrying.

One area it definitely differs in is the bottom bracket drop. Where cross bikes are quite high to allow pedalling through corners and ruts, the RUUT has a 74mm drop (HI setting) and pedals much closer to the ground. It certainly helps with cornering, keeping your centre of gravity lower down, although if you ride singletrack or especially rutted tracks a lot it does become a bit of an issue as the pedals are more likely to knock against obstacles. 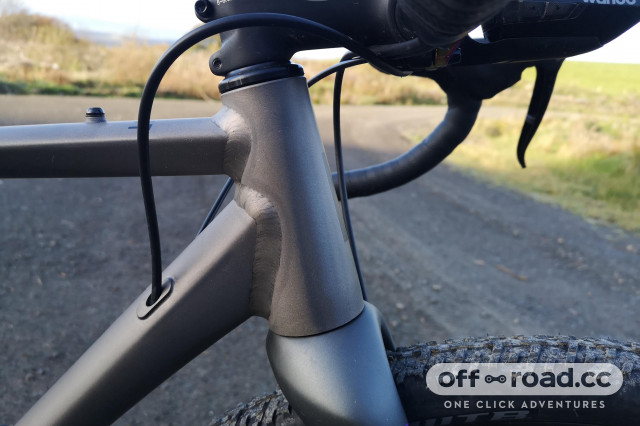 The RUUT feels good on the long days out, where the reasonably long reach (382mm LO / 390mm HI on our Medium frame) ensures you're not too contorted, and it feels capable on everything from trail centre singletrack to rutted byways, muddy tracks and mixed terrain riding. It could even keep you happy in the occasional cyclo-cross race.

The drivetrain is SRAM Apex with the exceptions of the chainset, which is Rondo-branded with 42-tooth chainring, and the Sunrace 11-42t tooth cassette. This combo gives a 1:1 smallest gear. It is enough for most riding, but may be a little tough for really steep climbs and perhaps for bikepacking, but the bigger chainring does mean a nice turn of speed on road sections. The Rondo chainset features the same three-bolt direct mount as SRAM chainsets, so swapping rings is easy.

Apex is the lowest spec within the SRAM 1x drivetrain options, and in all honestly, it feels that way too. Shifting is slow, even when set up perfectly. Mis-shifts are frequent, either from an accidental knock or from not quite getting the throw of the DoubleTap correct. Ultimately, Apex is passable and fine on budget stuff, but the RUUT AL1 is competing against bikes wearing fundamentally better groupsets, such as Shimano GRX. Alternatives are the 2021 Merlin Malt G2X GRX, it's just £1,200  but it is a little more commuter foccused or the Canyon Grail 7 but that's £2,000, admittedly taking into account the DT Swiss wheels and Shimano GRX RX812 GS which is pricier than the lower spec RX600.

The Apex drivetrain on a recent Ribble CGR 725 we liked proved reliable and in keeping with the £1,549 price tag though. The Ribble CGR AL comes in at £1,599 with a GRX RX600 groupset too which is food for thought. 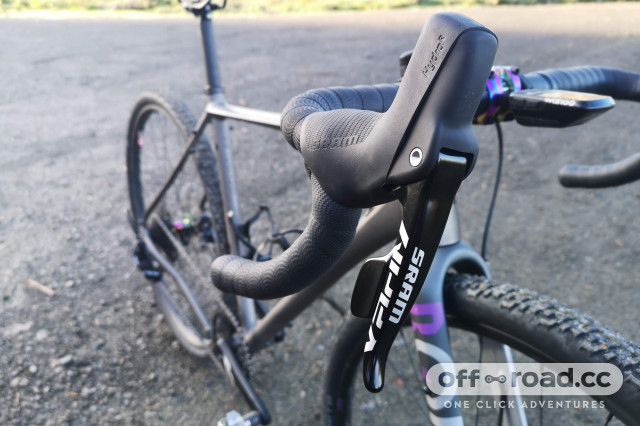 The brakes, too, are woefully underpowered at times, while the levers tend to pull quite far back before biting. There's little in the way of adjustment. The modulation is okay, but then they have little power to modulate: a few times I had my heart in my mouth heading down some pretty steep slopes.

The wheels are Rondo own-brand and feel strong, and not excessively heavy. They perform well, although the asymmetric rim can be a little frustrating, especially when setting up tubeless as a valve doesn't sit straight, making the seal more difficult. It also means the valve pokes out a little.

The rims are tubeless ready and so are the WTB Nano tyres, so it is a shame the rims are not taped as standard. 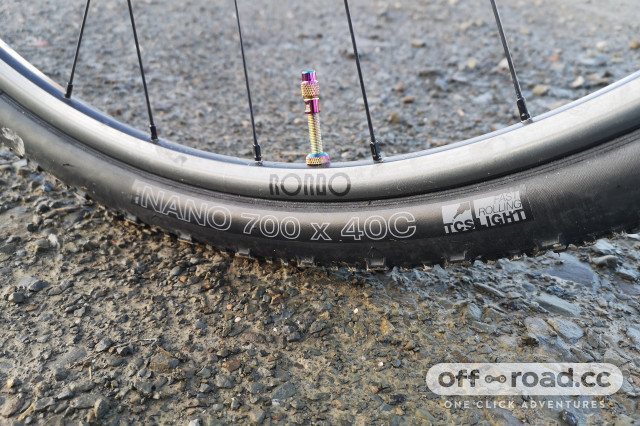 The Nano tyres – a good choice of all-rounder – on our test bike were ridiculously tight, especially with the thick, basic tube rim strip installed, and only a little better with a single wrap of tubeless tape instead. It took a huge effort and the help of an extra person (and lots of profanities) just to unseat the tyre from the rim.

Throughout testing I was fortunate enough not to suffer a puncture that needed a tube to be fitted, as in all honestly, I think I would have been stuck. I tried three other tyres from various brands, and they all seated/unseated far easier – even the alternative WTB I tried. The wheels are not the problem, then.

The rims have a 23mm internal width for a nice broad tread, with the 40mm Nano inflating to just under 44mm. The control and comfort of the extra width is noticeable.

The Nanos can be a little noisy on the road, and are certainly not the fastest or the grippiest, but they cope well with sloppy conditions. The biggest downside is grip on rocks and steep tarmac lanes – they don't have much, and struggle for traction.

Tyre clearance for the RUUT is quoted at 45mm for 700c and 56mm (2.2in) in 650b, but this seems quite conservative – there is still plenty of clearance with the Nano at 44mm, especially at the front. 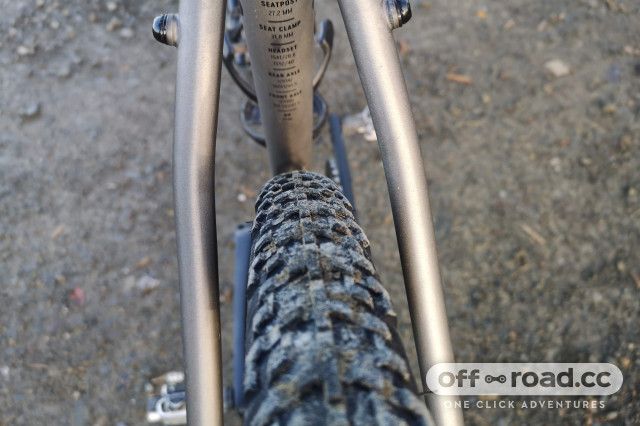 One frustrating issue is the rear axle, which bolts into the rear mech hanger. There are plus sides to this design, such as the hanger staying in place when the axle is removed, but it means you have to remove two bolts to get the axle out, and they're two different hex sizes.

The own brand components that finish the build all perform well, while the Fabric saddle is a nice touch. 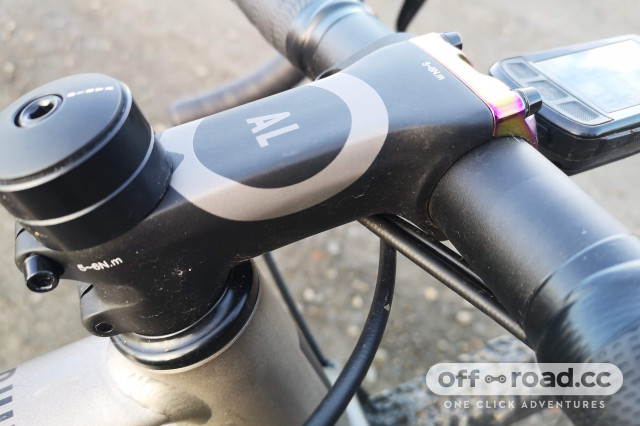 The handlebar has a nice shape that suits the bike's intent, being fairly aggressive with a good drop (approx 125mm) and some flare; the 42cm bars on our Medium measure 49cm at the end of the drops, so it is not too extreme. The bar also has a little backsweep on the tops, something I personally find very comfortable. 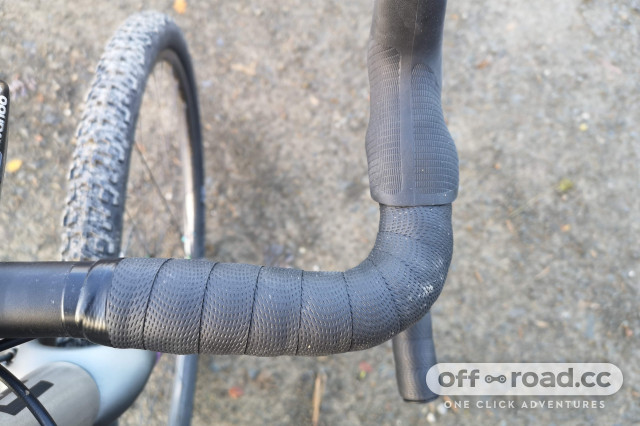 One area the RUUT certainly is not lacking is in mounting options. It has rack and mudguard mounts front and rear, a front mech mount should you wish to run a 2x setup, two bottle cage mounts in the main triangle plus a three-bolt type under the down tube, and a top tube accessory mount near the headset.

The forks also feature three-bolt Anything mounts, which are great for attaching bikepacking bag cages or... well, anything else. It makes for a very adaptable bike, while the internal cable routing (with full outers) is just as well suited to long-distance, year-round use. All in all, without pedals the RUUT only weighs 10.03kg, which is good for an aluminium bike at this price. 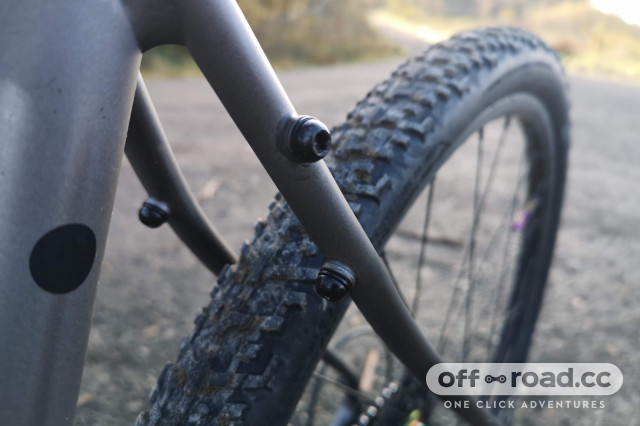 There is a lot to like about the RUUT. Its fast, racey handling makes it a really fun bike on typically open forestry tracks, whichever mode it's in. But while the TwinTip adjustable geometry might work, personally I think it's unlikely to be something riders will change often – and in all honestly, the differences are small when you do.

It's actually aided as a do-it-all bike far more by all its accessory mounts than its geometry chip. It can easily go from a winter road bike with full guards to a gravel racer or adventure bike in summer. It's just a shame the RUUT AL1, is held back by a drivetrain – and not held back by brakes – that, ultimately, are a little disappointing at this price.

I have this bike and my experience is that the brakes are very good.

I’m confused, other bikes with Apex brakes and gears have been tested quite satisfactorily ...... was this duff bike or just badly set-up ? I was looking at a Ribble CGR with Apex but perhaps I ought to reconsider ?

Im confused.  If Apex was fine on another review bike then surely its just been poorly set up on this one?