Skip to main content
Log In Register
Merida Silex 600 2020 review £1,600.00
Upright gravel bike that's well-set for touring and year-round use, but it's not for hard riders 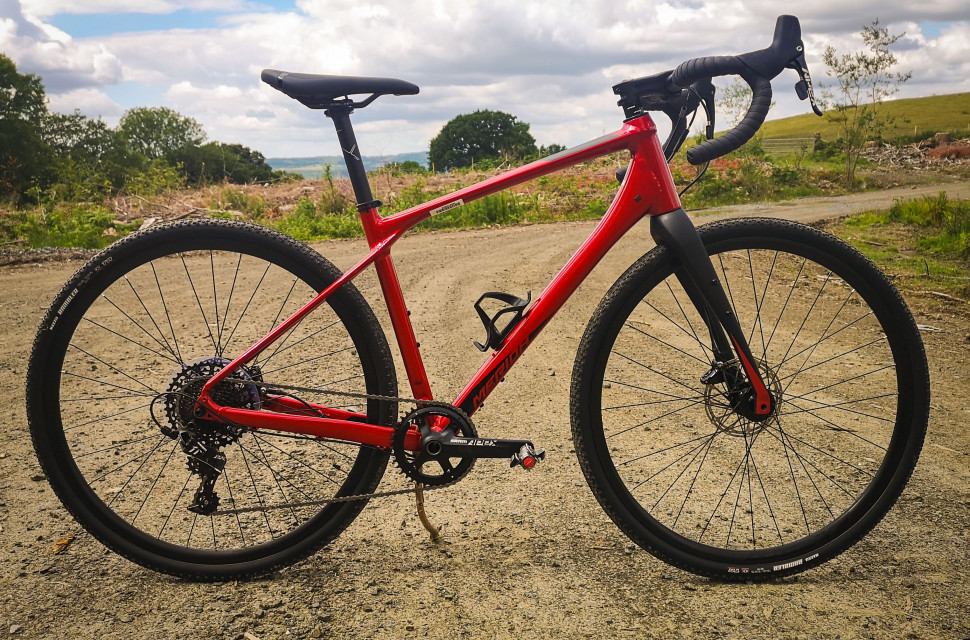 Matthew Page
|
Aug 20 2020
|
Overall
Quality
Performance
Value
What's good?
What's not?
Buy if...
You want a bike with the potential for adventurous, if not over-enthusiastic, riding

The Silex is Merida's main gravel bike, with the 600 sitting near the top of the aluminium range with a single-ring SRAM Apex drivetrain and mixed SRAM/Shimano brakes. It’s studded with mudguard, rack and accessory mounts, boasts an impressively smooth carbon fork and sits riders up tall for a comfy ride, but the narrow-ish wheels and tyres undercuts its rough-trail potential.

On our size small frame the head tube is a rather large 180mm, and that increases by 20mm per size to 240mm on the XL. It clearly isn't designed to be a racer and the tall front results in a very high stack and noticeably upright riding position, which is great for long distances or bikepacking – extra cage mounts under the down tube and on both fork legs mean it’s happy to be loaded up.

A fixed bridge on the seat stays offers a mudguard mount and, combined with a hidden front mount and internal cable routing, the Silex is all set to make a very capable year-round ride. And at 10.4kg (22.9lbs), there’s plenty of headroom for adding weight in the form of accessories, bags and mud. 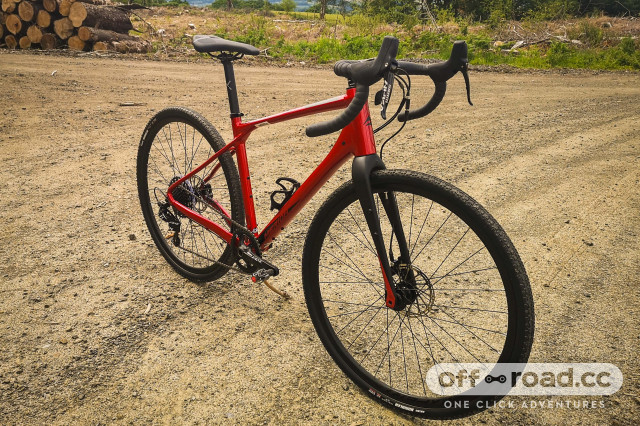 One potential downside of the high front is wandering steering and the front coming up on steep climbs, and in order to prevent this, I found myself using the drops on some climbs. This might sound odd, but it’s very effective and still allows that comfortable upright position on the hoods.

Another aspect making the Silex a capable climber is the inline seatpost and 74-degree seat angle, which combine to put your weight usefully far forward for front-wheel traction. 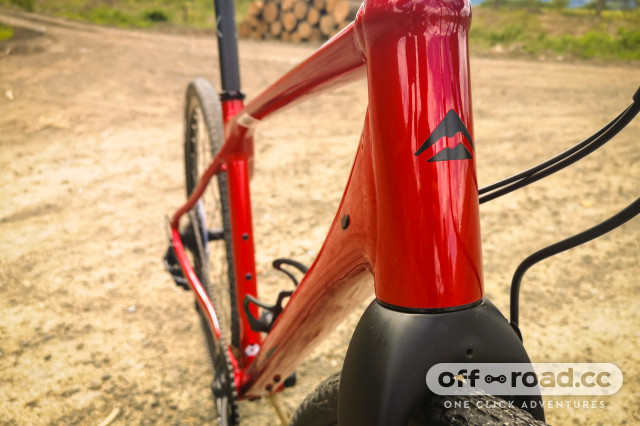 The bars have a comfortable, ergonomic shape with a slight back sweep for the tops and a 12 degree flare for the drops, and the matching stem and stem cap are a nice touch. Speaking of nice touches, the in-front cable adjuster is another positive as it allows on-the-fly tension tweaks. It makes for really easy rear mech adjustment when cables are very new (or very old…). 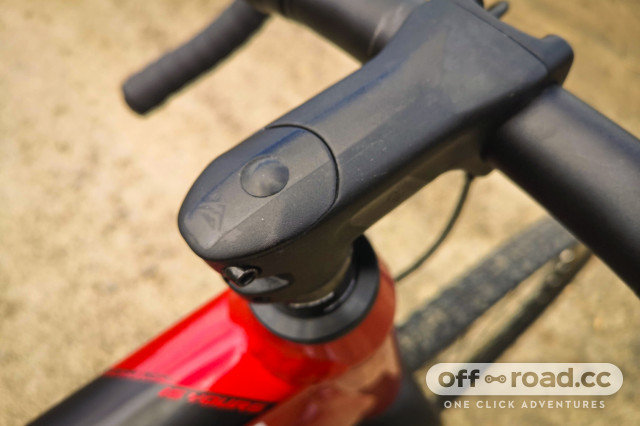 The 6061 alloy frame features full internal routing to help keep filth away and increase the life of the cabling, but there are niggles. The plastic cable guides feel quite basic and the hard material offers no damping to reduce rattle; the carbon fork, by contrast, has a rubber grommet that holds the cable rattle-free. 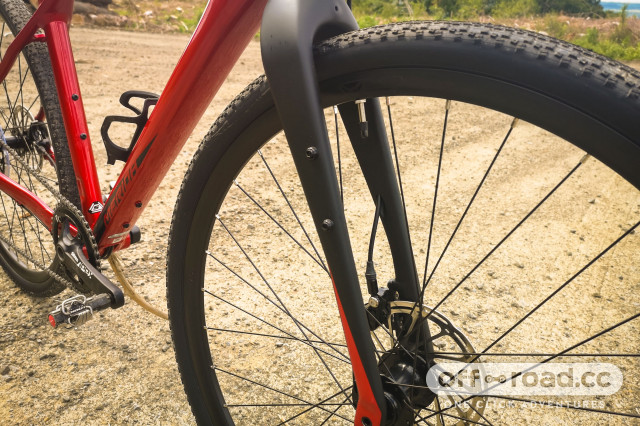 The Silex 600 comes with Maxxis Rambler 700x38C tyres in their dual compound, 120TPI version with EXO puncture protection. They’re tubeless ready and a smooth, fast, quiet tyre on the road, plus incredibly tenacious off-road. I managed to get the Silex up inclines I was sure would be too steep or loose thanks to them. 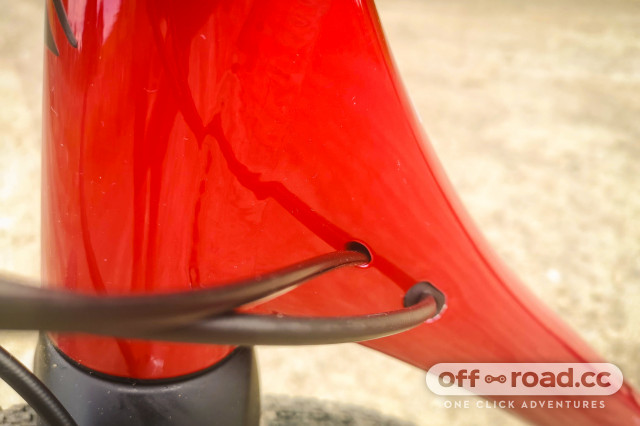 Deep mud overwhelms the Rambler's shallow treads, obviously, but otherwise they’re surprisingly good. The only real disappointment is the 38mm width: the frame is rated up to 42mm, and these skinnier ones don't offer the same comfort or speed over rougher tracks. 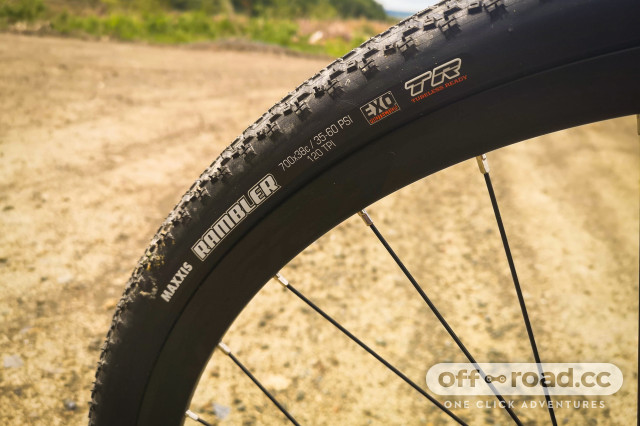 While the tyres are tubeless ready, the rims aren’t… or at least, not according to either the spec sheet or the rim itself. But Merida UK confirms they can indeed be run tubeless, which is a big plus. You will however need rim tape and valves, as these are not included. 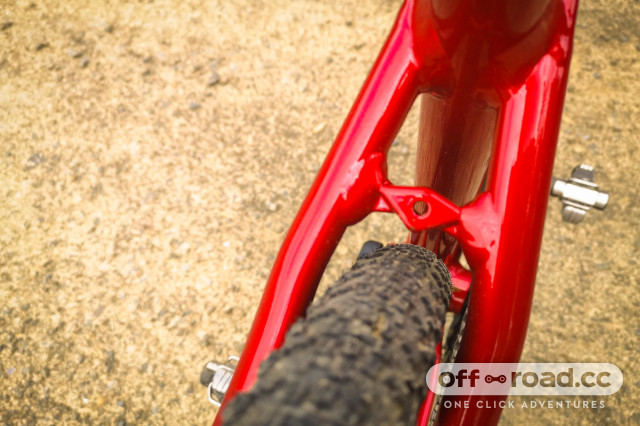 With an internal width of 19mm, the Fulcrum rims are fairly narrow, which may explain the 38mm tyre – a 42mm would come up fairly round in profile. Overall the wheels are solid with little sideways flex, if a little heavy, and probably a good place to aim your first upgrade... that said, they’re entirely on-par for a £1600 bike. 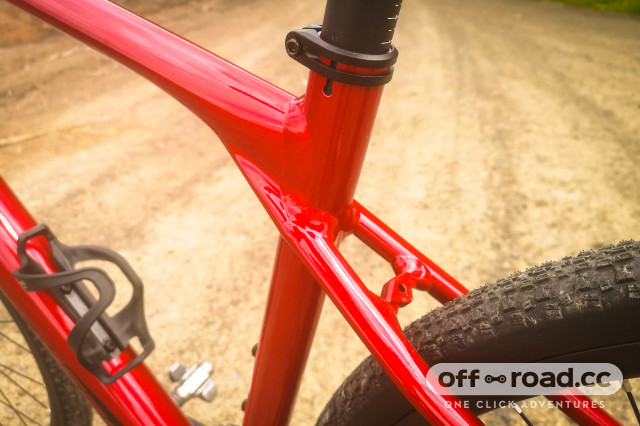 The SRAM Apex drivetrain has proven very popular, and offers reliable shifting and excellent braking from the Apex 1 HRD calipers (biting on the Shimano RT54 160mm rotors). The shifters need a rather long swing, which may be an issue for those with small hands, but the shifts are reliable and performance is good. 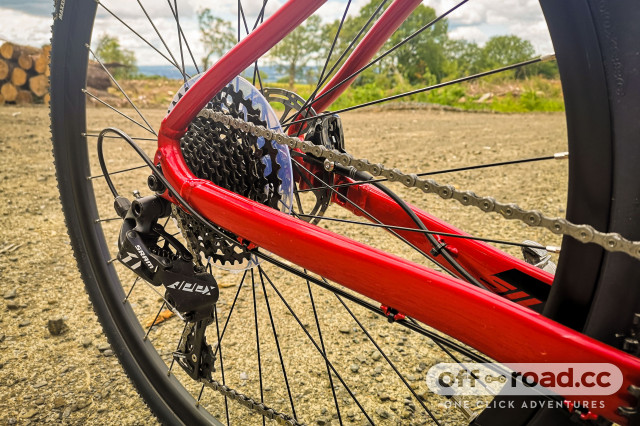 Gearing on the Silex should suit most riders given its intended purpose, with a 40-tooth chainring twiddling a SRAM 11-42 cassette. It allows reasonable speeds without a frantic cadence on flatter roads, and then sub-1:1 gearing for climbs/heavily-laden adventures. If you plan to ride a lot of road the gaps in the ratios may become more evident, but for typical British gravel riding it’s just right. 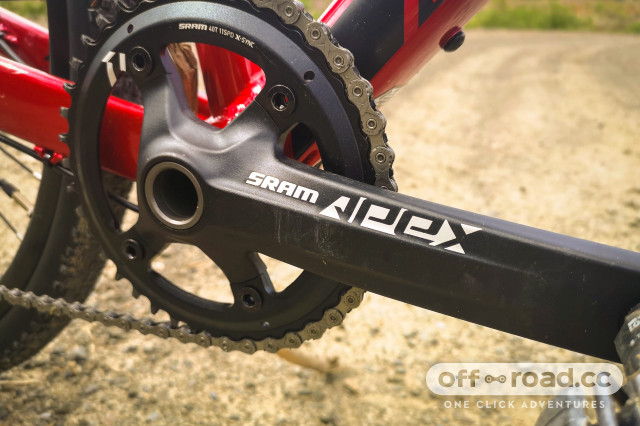 The Silex 600 doesn't offer the softest of rides, although the front is noticeably more comfortable and Merida’s CF2 fork really smooths out the ride. 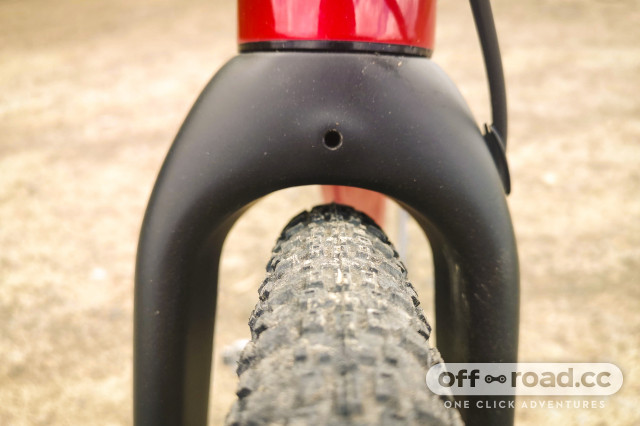 That compliant fork and the impressive tyres make the Silex a confident partner on the descents, too – at least as far as the short reach and high front allow. It's a secure and predictable ride at speed, but not well-suited to riders who really like to charge downhill.

The Silex offers an upright, comfortable riding position that can sometimes be a little awkward in the slow stuff, but is still a capable climber, an easy-to-use tourer and a pretty condition-proof year-rounder.

The slightly narrow wheels and tyres hold it back in the rough stuff, and if you like a silent bike the cheap-feeling internal routing will grate, but for all-round ability and usability – this thing has mounts for everything – the Merida Silex 600 impresses.