Skip to main content
Log In Register
Kinesis Tripster AT complete bike review £2,200.00
A super versatile frame with a no-nonsense build, but there are better value complete options out there 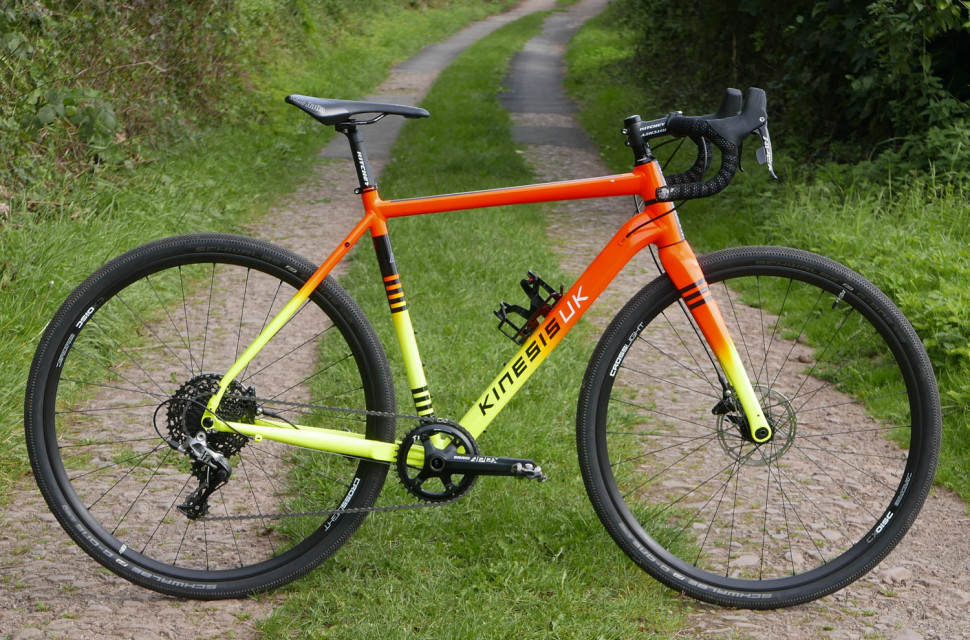 Jon Woodhouse
|
Oct 3 2019
|
Overall
Quality
Performance
Value
What's good?
What's not?
Buy if...
You want a mega versatile drop bar bike and don't want to build your own Tripster AT from a frameset

Kinesis' Tripster AT has a firm following as a versatile do-it-all frameset and it's now being offered as a complete build if you don't want to assemble one up yourself. The bike gets a new offset-adjustable Columbus carbon fork, snazzy paint job, own-brand wheels and SRAM Apex 1 drivetrain, all offering solid performance and decent if not outstanding value.

Our friends over at road.cc tested the Tripster AT frameset when it was first launched back in 2017 and the geometry hasn't changed since then, save for the new carbon fork, which now has chips to adjust the offset from 47mm to 52mm. It's peppered with rack and guard mounts, which gives you an idea as to it's happy-to-do-anything attitude.

It's a mix of a long wheelbase and fairly relaxed angles that give solid on and off-road manners, though the front end does feel somewhat tall compared to more purely race-focused bikes of either breed. 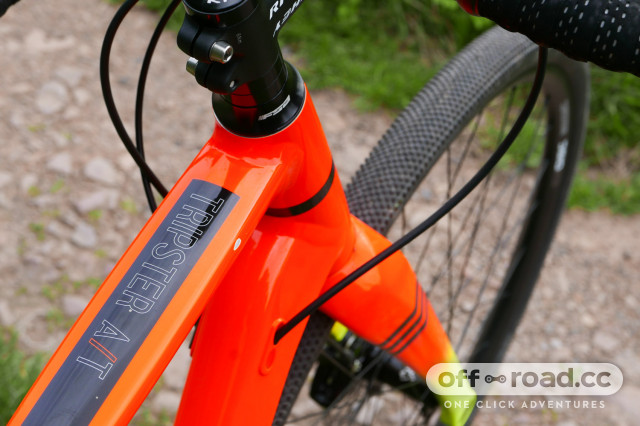 That's no problem if you just fancy a relaxed and comfortable position for bashing out big miles - or just getting to work and back via whatever route takes your fancy - but I found the lengthy 160mm headtube on the 54cm bike made the front end feel rather vague if you wanted to ride more aggressively.

That's a shame because the 70.5-degree head angle and decent wheelbase mean it's pretty stable once you get on gravel or some soft-road singletracks. I found that the offset adjustment in the fork, as well as being via flips chips with fiddly tiny Torx bolts, didn't have a radical effect on the handling. 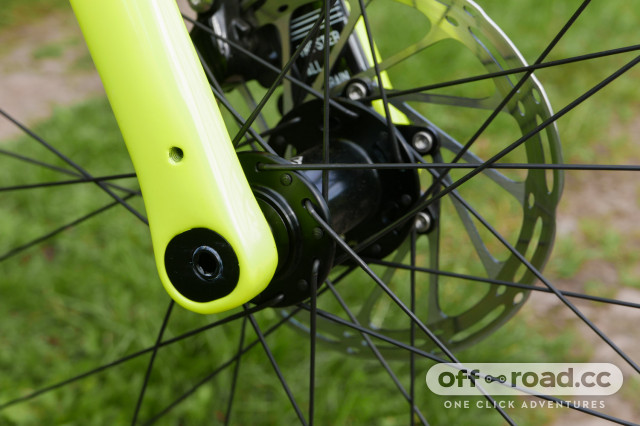 That said, being able to go for a short offset and more trail for stable handling might come in handy if you're doing mostly off-road or heavily laden riding, but I suspect most people will play with it once and then leave it alone.

Kit wise, it's all solid and functional stuff, based around SRAM's Apex 1 11-speed drivetrain, save for the slightly pointless 'upgrade' to a Rival rear mech, which doesn't really do much for shift quality. The 11-42T spread on the cassette is paired to a 40T ring up front, which should keep everyone happy whether on road or dirt - or at least equally unhappy at the extremes. 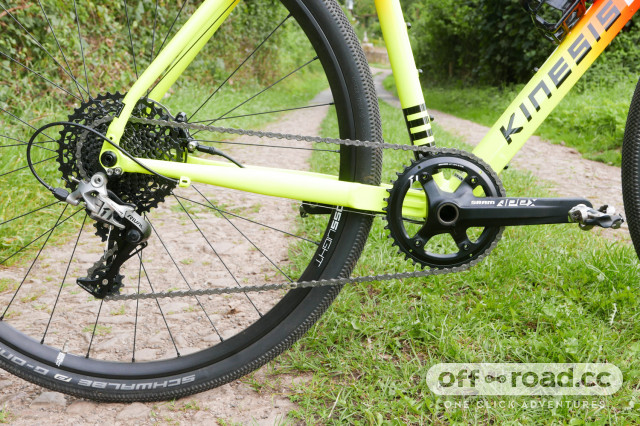 When SRAM's wide-range game was the only one in town, it was a bit easier to forgive the foibles of the Doubletap shifting, but that's less so now a viable option in Shimano's GRX has come along. Having to depress the shifter a small bit for harder gears but push it further in the same direction to go up the cassette can mean fluffed shifts if you're panic crunching under pressure, which isn't great. It also precludes shifting while braking, which isn't great. 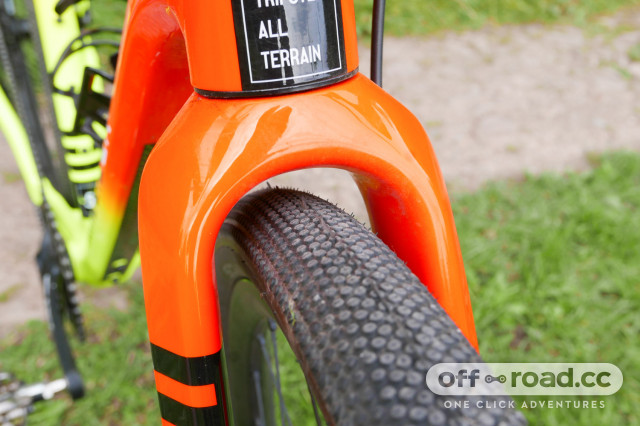 The brakes - running 160mm rotors - are decent however and the big hoods on the shift units do help lock you in when it gets rough.

There's little to whinge about with the finishing kit too, with Ritchey providing an aluminium bar, stem and post. There's a smidge of flare on the bars which feels good on the drops and my bum got on just fine with the Selle Italia saddle. 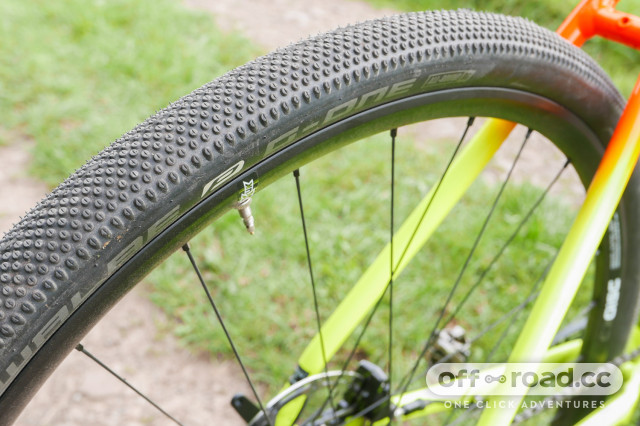 The own-brand Kinesis Crosslight V5 wheelset is also similarly functional, offering tubeless compatibility, something unfortunately not matched by the Schwalbe G-One All Round tyres. At 38mm, they're also a bit on the narrow and lightly treaded side if you intend to hit dirt on the regular. You can stick 700x45mm in there or 650b wheels with 52mm rubber though. 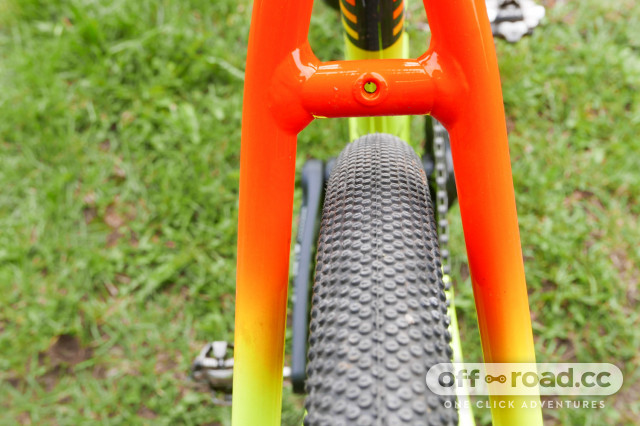 I also had issues with some fairly big stone chips on the paint - it's hard to know whether it's fragile, they're more apparent because of the gaudy colours or if I was just plain unlucky, but I'd be thinking about taping it thoroughly if I wanted to keep it looking prime.

While the frameset option offers good value, the competition is a bit tighter in the world of complete bikes at this price. Canyon's Grail SL 7.0 offers a full SRAM Rival group plus some DT Swiss wheels and fatter tubeless tyres for £2,049 while Ribble - admittedly another direct sales brand - has steel, carbon and aluminium options with Rival all under £2,000. 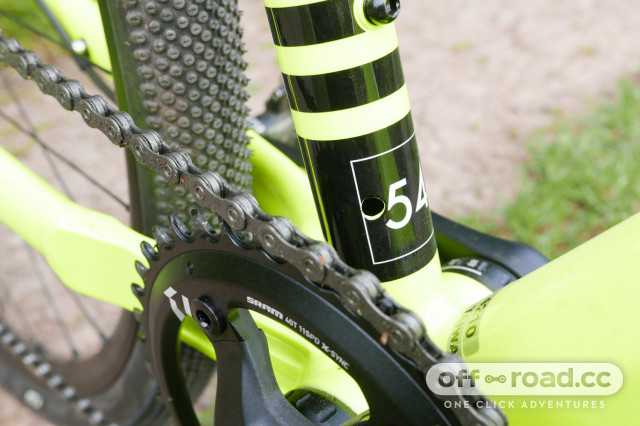 The Tripster AT is an incredibly versatile machine for anyone that's after one drop-bar bike to do pretty much anything, whether commuting, touring or gravel riding. The high front end won't suit everyone - especially not those after a super aggressive riding position - but the mix of road and mountain bike geometry does cast a wide net that'll likely please a lot of riders.

The build kit on this complete bike is all solid stuff with little to whinge about apart from the lack of tubeless rubber as standard, but it's a bit of a hard sell when it comes to value for money, with a number of better-kitted options available. Part of the Tripster AT's attraction is the fact that you could assemble it to do whatever you want, which makes a frameset seem like a better starting point, but if you really don't want to go down that road, there's still plenty to like about this complete machine.