Skip to main content
Log In Register
Forme Curbar 1 review £675.00
The Cubar delivers polished handling and a fun ride and with a few key upgrades 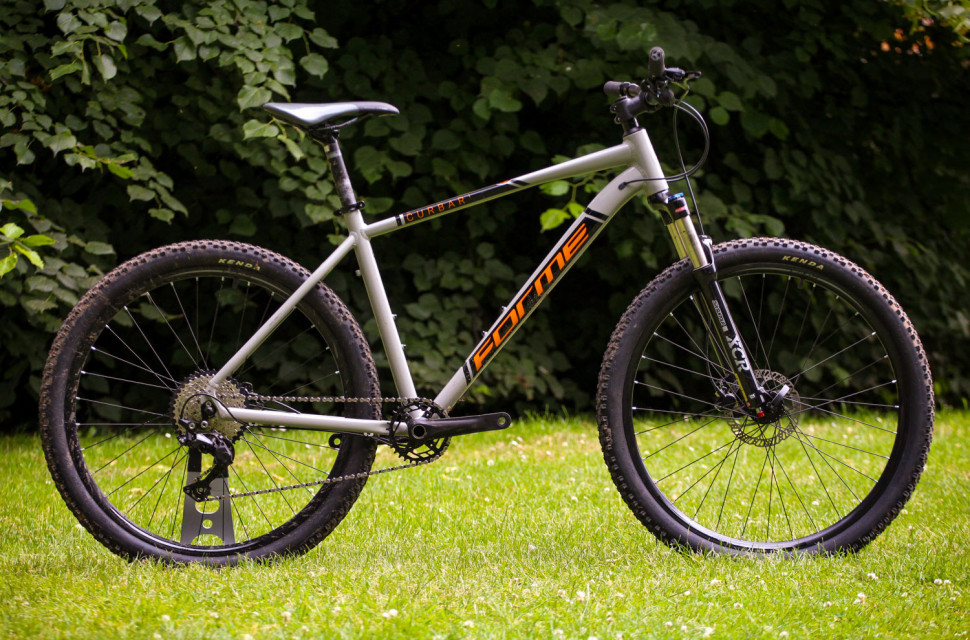 Jon Woodhouse
|
Oct 4 2019
|
Overall
Quality
Performance
Value
What's good?
What's not?
Buy if...
You want a fun trail hardtail for not a lot of cash and don't mind upgrading as you go

Forme's Curbar 1 offers a load of fun for not a lot of money, with respectably modern handling and kit that does the trick largely without issue. Serious off-roaders will need some more aggressive rubber in the short term to make the most of the trail geometry and long term upgrades should include the fork and brakes, but it's a solid platform to start with.

The Curbar 1 sits at the top of Forme's trail-focused hardtail range, getting an aluminium frame with some nice hydroformed tubing profiles and rolling on 650b wheels. There's a semi-integrated headset which should allow you to upgrade the bike to a tapered fork in the future, while the neat internal cable routing and generally understated looks make it appear to be a more expensive machine than it is.

Up front, there's 100mm of fork travel from a Suntour XCR 32 fork, which comes with a lockout and rebound damping adjustment. Despite the lack of through axle, it's not outrageously bendy under braking or in rougher terrain and the damping appears to function pretty well, which is not always a given at this price. 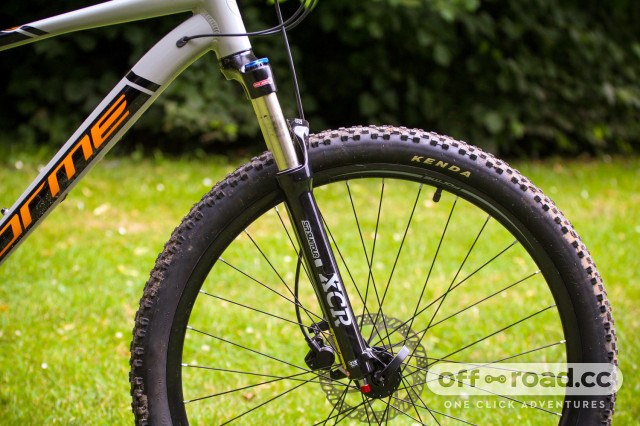 It's a shame that the fork is coil rather than air-sprung, however - that makes it much harder to compensate for rider weight, with a strip down and spring replacement needed if you're too light or too heavy for it to work as standard.

A trip down the internet worm-holes shows that there's an air version of this fork so the mechanically minded could probably track down the bits needed to convert it, but it'd be better if it just had one as standard, as the likes of Voodoo's Bizango does. 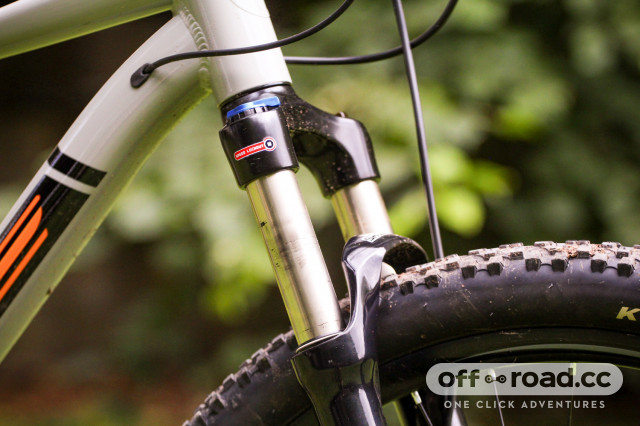 Elsewhere, it's nice to see that the single ring chainset that gets a proper outboard bottom bracket. Chainsets aren't the most attention-grabbing of items on the shop floor, but if you've ever been stuck with a squeaky, creaky square taper item that keeps coming loose a few months into ownership then this will be a welcome sight. 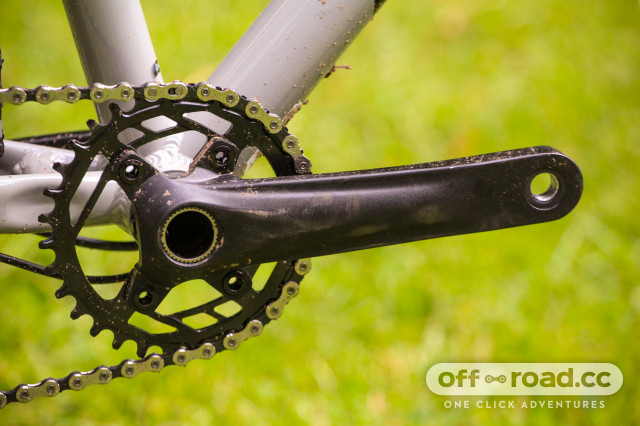 It's also nice to see a 10-speed drivetrain from Shimano's Deore group, with a clutch-equipped Deore mech being driven over a wide-range 11-42T cassette. There's plenty of range to get you up, over and along and Shimano's budget drivetrains have a stellar reputation for durability that's well earned - and not shared by some rivals. 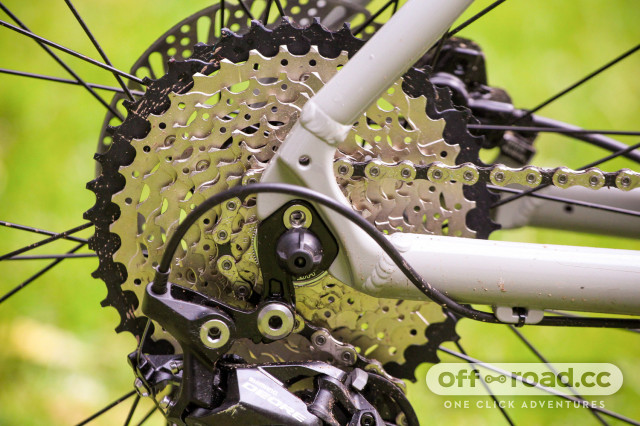 It's a shame that the budget didn't extend to some posher brakes though, as the Tektro 275 brakes feel as wooden as any forest you'll ride through with them, lacking bite, feel and outright power relatively to Shimano or SRAM's lower-end offerings, though the lever shape is good. 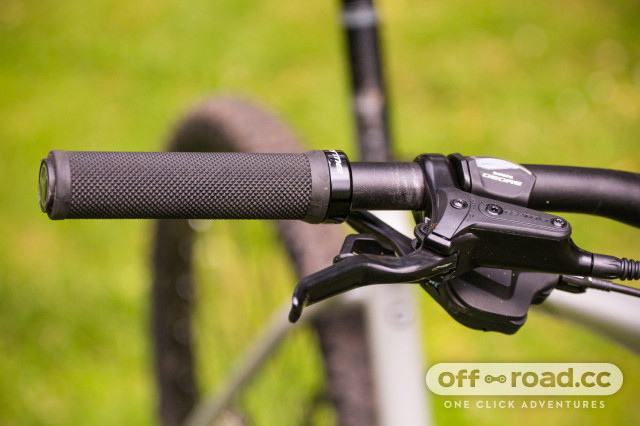 That's a bit of a pain as the bike's geometry does it's best to encourage you to wind up the speed and tackle more demanding trails. It's not mega-progressive compared to higher-end trail hardtails, but there are few rivals at this end of the market that deliver such as assured ride and it doesn't take much getting used to before you can push on. 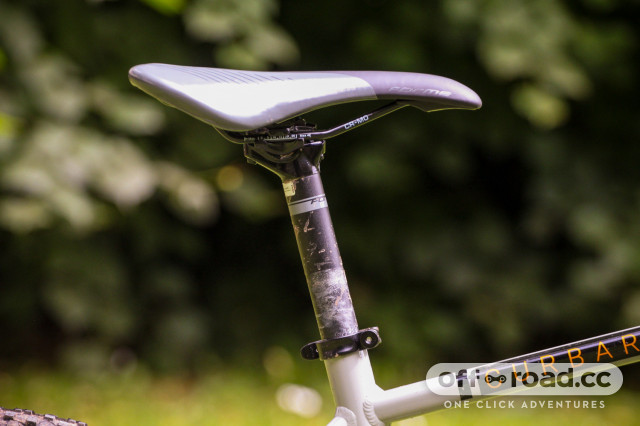 The 68-degree head angle is paired to a 73-degree seat angle on the 19" frame I tested, with a fairly spacious 630mm top tube and tight 430mm stays. There are four frame sizes on offer from 14" to 21.5", so anyone that's not right on the edge of the human bell curve should be catered for. 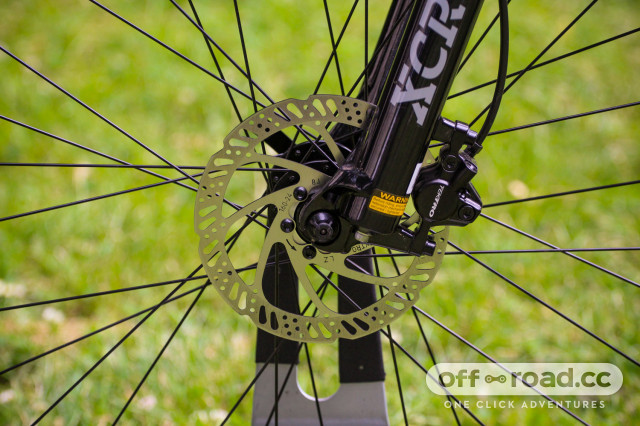 I'm always filled with hope when I see another beginner bike that's not had an afterthought of a cockpit thrown on there as the sorted basic handling of the Curbar is really helped by having 740mm wide bars and a pretty dinky stem, rather than the narrow flat bar and tiller combo still seen at this money. I'm not sure where in the world it is decreed that beginners to mountain biking should be immediately thrown into the head-down, arse-up world of cross country racing, but it's not somewhere I want to be; trail-style hardtails make so much more sense.

Other small details that are nice to see include getting some lock-on grips, which are another one that doesn't get noticed in the shop but turns into a right ballache when you start riding and your grips spin around in the wet. 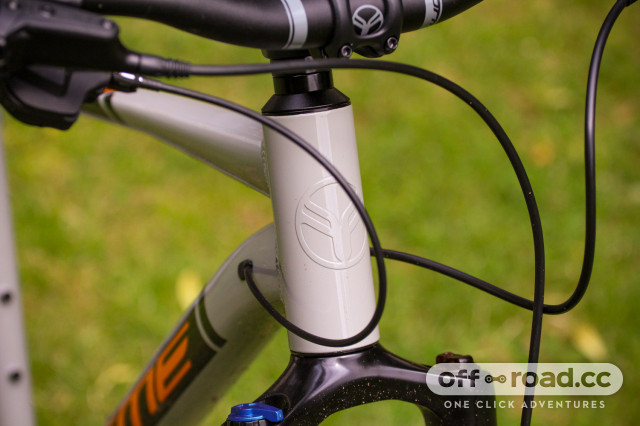 There's also a 30.9mm diameter seat post, which should make upgrading to a dropper post much easier in the future, though the standard post is a twin-bolt micro-adjust item that'll last well if you don't want to. There's no dedicated internal routing for a dropper but it'd be possible - if a faff - to piggyback on the internal routing for other cables to do this. 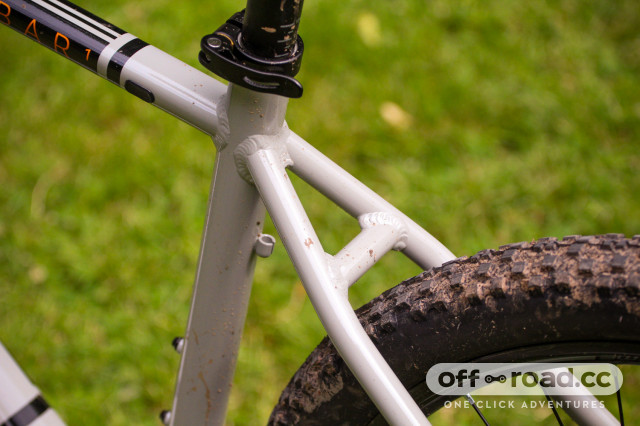 One small grumble is that the bottle bosses on the seat tube do limit how far you can drop a normal post, so be prepared to trim it down if you're on the shorter side.

The unbranded Forme wheels are shod with Kenda's Kadre tyres. These are perfectly fine if you intend to mostly stick to dry, hard-packed trail centres or towpaths and they aren't insanely scary in moderately moist dirt, but you'll have your hands full on anything more full-on than that. If you intend to take the Curbar into proper off-road terrain, budget for something more aggressive at the front as a minimum. 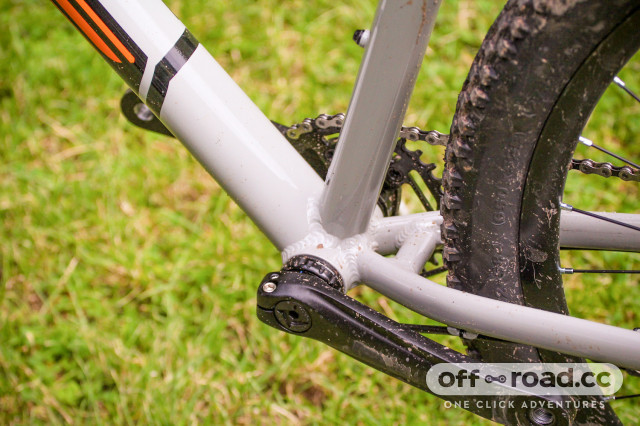 The Curbar 1 manages to offer fun, well-sorted handling that'll be friendly to beginners and able to offer more than enough entertainment to more advanced riders alike. The build kit of got some highlights - that Deore drivetrain for one - and it's obviously has a lot of thought put into it.

It's a shame the budget didn't stretch to an air-sprung fork and the wooden feeling brakes are another area due an upgrade when funds allow - it's certainly a bike that'll provide a decent base to do just that should you want to.

While the Curbar 1 has some stiff competition - Voodoo's £725 Bizango being the particular elephant in this room, along with Calibre's budget offerings - the bike acquits itself well on handling and performance, meaning it's a worthy option if you want to have a lot of mountain fun without a whole lot of money.