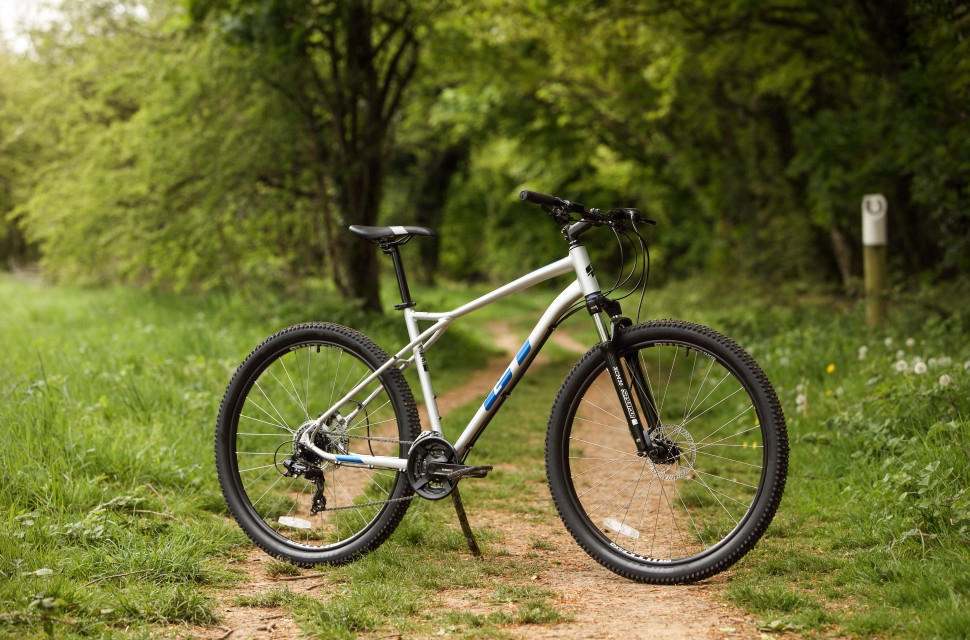 Liam Mercer
|
Jun 14 2022
|
Overall
Quality
Performance
Value
What's good?
What's not?
Buy if...
You want to dip your toe into riding singletrack or want to munch miles of fire road

The GT Aggressor Expert is the top end bike in the Aggressor range that’s built for recreational off-roaders who want the best in value. With that in mind, the brand has done a solid job of the bike’s spec and geometry, making it a bike that’s welcoming, capable and comfortable enough for entry-level singletrack jaunts.

GT’s Aggressor Expert is built around an alloy frame that employs the brand’s simple but rather clever Triple Triangle design. Instead of mounting the seat stays to the seat tube, which we see on almost every hardtail frame on the market, the seat stays are welded to the top tube. This means that the seat stays are much longer and able to flex easier, with the aim of adding a touch of compliance to the rear end. 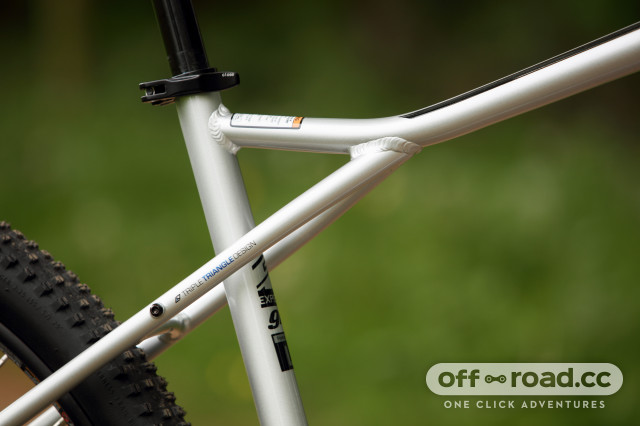 Along with that, the bike gets forged dropouts, a zero-stack head tube and mounts for two bottle cages within the front triangle. Then the Aggressor Expert gets it's 80mm of front travel from an SR Suntour XCM-DS coil that’s kitted with a lockout. 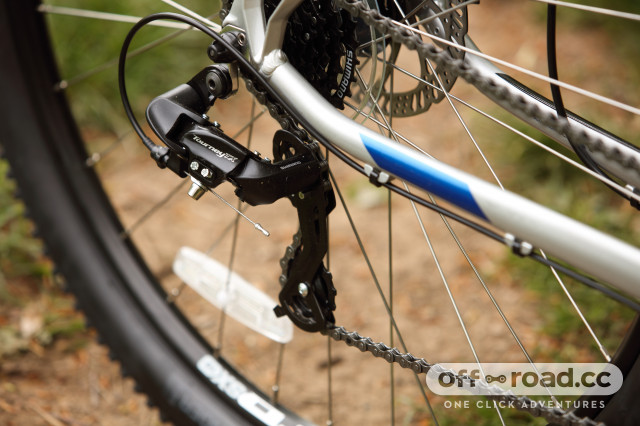 Shifting is handled by Shimano with a Tourney 3x8 speed drivetrain and slowing the bike is a pair of Tektro M275 Hydro disc brakes. Those are paired with 160mm rotors at either end of the bike. 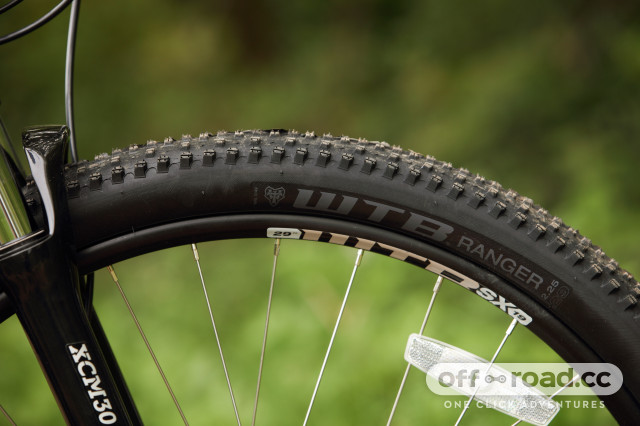 What’s great to see is that the WTB SX19 rims are draped with WTB Ranger Comp 2.25” tyres. The rims aren’t tubeless ready though, which is a shame but that’s to be expected at this price. 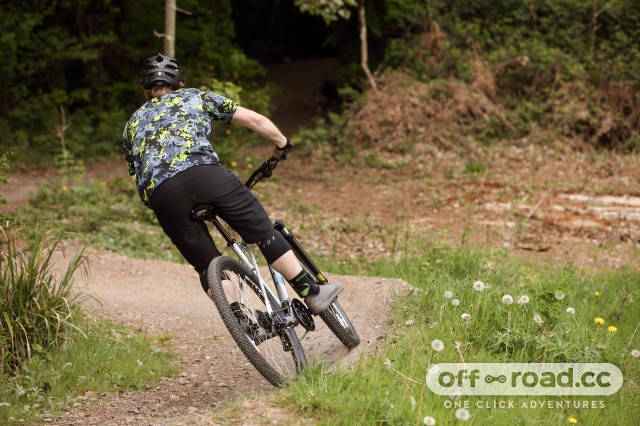 This is a bike that really brought me back to the beginnings of my mountain bike journey, not only because I had to manually drop the saddle before charging into flowing corners but also because the surprisingly crisp 3x8 shifting got my mind reminiscing of the days I was attempting silly descents my first similarly priced mountain bike.

The Aggressor’s geometry is rather run-of-the-mill for a bike of this type but when ridden within its intentions, it’s confident, agile and very easy to get on with. The 68.5° head angle is steep but for a bike that’s designed to transition smoothly from road to the rougher stuff, it offers plenty of support when negotiating twisty climbs but it’s just slack enough to become somewhat stable once the speeds rack up. Paired with the 440mm reach, this bike is mighty agile.

As far as modern seat tube angles go, 73.5° is definitely slack but this adds plenty of room over the bike’s reach. It can nullify attempts to shift when forwards on those steeper climbs but it results in even weight distribution and a comfy saddled position when munching miles, over mellower terrain which is where this bike feels most at home. 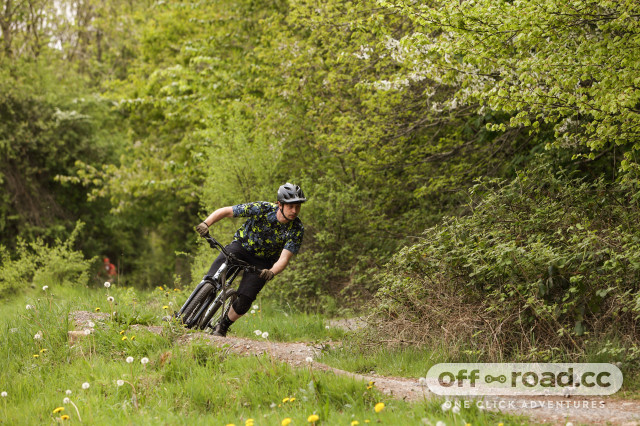 That’s in part thanks to those fast rolling but reasonably grippy WTB Ranger tyres and of course, the 29" hoops. The Ranger is a fast-rolling tyre that helps make the most of every pedal stroke. When ridden over the dry but gravelly surfaces the Aggressor was tested over grip was plentiful and certainly confident. However, if you're looking to ride this through anything but dry conditions, you'll want to consider inflating something a little more aggressive onto the wheels.

On the subject of wheels, there was a noticeable level of flex when hitting corners with a good bit of speed. This isn't a shock considering the bike's price but if you're looking to ride a little harder, or stick primarily to singletrack, a wheel upgrade will be worthwhile.

While the tyres can cope with some decent speeds, the brakes got me a little worried. During the test period, they had a good amount of time to bed in but even after that, braking power felt a little weedy. For faster, singletrack and trail use, bigger rotors wouldn’t go amiss but as an entry-level bike where speeds might not be so great, the job they do is perfectly adequate. 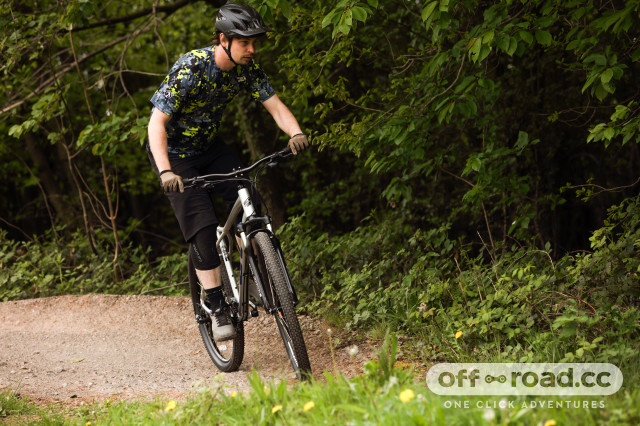 I was very impressed by how well the Triple Triangle frame design works so take the edge off of harsher bumps and the odd drop. It makes the bike a much more cushy place to be when getting the miles in over chattery off-road trails. The same goes for the fork too. It’s far from sophisticated but it’s happy to soak up mild hits.

At this price range, what you get for your cash is a very interesting subject. Take the Forme Curbar 3 for example. It gets the same brakes but a slightly upgraded Shimano Altus drivetrain, along with an SR Suntour XCE fork with 20mm more travel. This bike’s geometry is a bit more singletrack friendly with a slacker 67° head angle, steeper 74° seat tube angle and an overall wheelbase of 1182mm rather than the GT's 1165mm measurement, which suggests it’ll be a little more stable at speed. The Forme is priced equally at £550.

Then, there’s Trek’s Marlin 5, which gets almost identical componentry to the Forme but its geometry is noticeably more conservative, even than the Aggressor with a 69.5° head angle, 71.9° seat tube angle and a 1137mm wheelbase. Both of these get 2x drivetrains though. 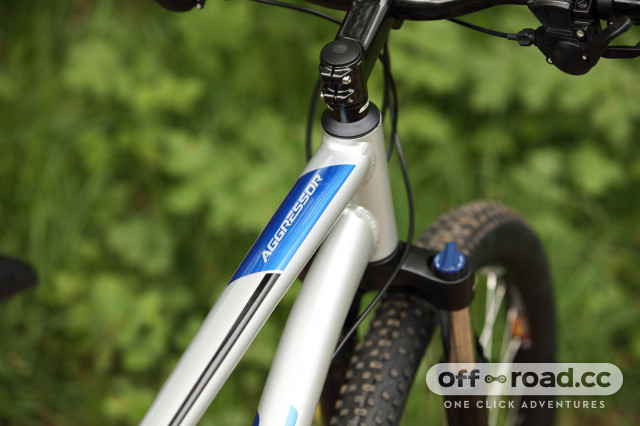 So in terms of bang for buck, it could be said that the Aggressor Elite lags behind slightly with its Tourney shifting but I think the compliance encouraging Triple Triangle frame design makes up for it as it results in a more comfortable ride than traditionally shaped hardtails. And while its geometry isn’t quite as forward-thinking as the Forme, it’s certainly confident over fire road and the odd slither of singletrack.

If you’re on a budget and looking to dip your toe into riding singletrack, or you just want to cover loads of off-road miles, the GT Aggressor Elite is a very valid choice. It’s specced reasonably well for the money but importantly, the Triple Triangle frame design adds a spoonful of compliance that makes this bike feel even more capable. However, those looking to ride pure singletrack may want to look elsewhere and up the budget.

GT says, "Everyday is a new adventure with the Aggressor Expert, our most off-road friendly hardtail for recreational mountain bikers wanting the best in value, versatility and performance. A locking Suntour 80mm front fork transitions smoothly from pavement to trail, absorbing bumps on the driveway or dirt. Dual hydraulic Tektro disc brakes provide reliable stopping power and speed control in all types of weather and trail conditions, and Shimano’s 24-speed shifting system ensures a perfect gear for any grade. With a slight-rise handlebar, a padded saddle and a choice between two wheel sizes, rolling into the world of mountain biking never felt more natural and comfortable." I felt that the brakes were lacking power but its a bike that can be comfortable on and off-road, within the realms to mellow and smooth singletrack.

It was comfortable when ridden within this bike's intentions.

Wheels are a little flexible.

No issues. Welds might be a little unsightly but indicative of cost.

Lively and agile but limited to smooth singletrack. Anything more technical or anything with steeper gradients would be too much for this bike.

Any comments on sprinting?:

Any comments on high speed descending?:

Not really what this bike is made for, but reasonably capable in the right scenario.

Any comments on technical descending?:

Definitely not what this bike is made for.

Any comments on flat cornering?:

Agile and confident in the right situation.

Any comments on technical climbing?:

Can be tough to shift weight around freely.

Any comments on climbing efficiency?:

Any comments on agility?:

Any comments on fork performance?:

Not the most sophisticated fork but soaks up bumps

Any comments on fork efficiency?:

Any comments on fork value?:

Typical to see on a bike of this price

Any comments on drivetrain performance?:

For Shimano's lowest end shifting, it was surprisingly good.

Any comments on drivetrain value?:

Any comments on wheel performance?:

Some flex when cornered hard

Any comments on wheel value?:

Any comments on tyre performance?:

Roll quickly and grip in the dry

Any comments on tyre value?:

Good to see brand name but typical of price

Tell us some more about the tyres. Did they work well in the conditions you encountered? Would you change the tyres? If so, what:

Work very well in dry but may quake in their boots when water is thrown into the mix.

Any comments on controls performance?:

Any comments on controls value?:

Spot on for the price

Tyres and gears. I would upgrade brakes and wheels.

When ridden within its intentions, it's a good bike that's confident and comfortable. As for value, it's right on the money when your consider the drivetrain trade for the frame design.
Bikes