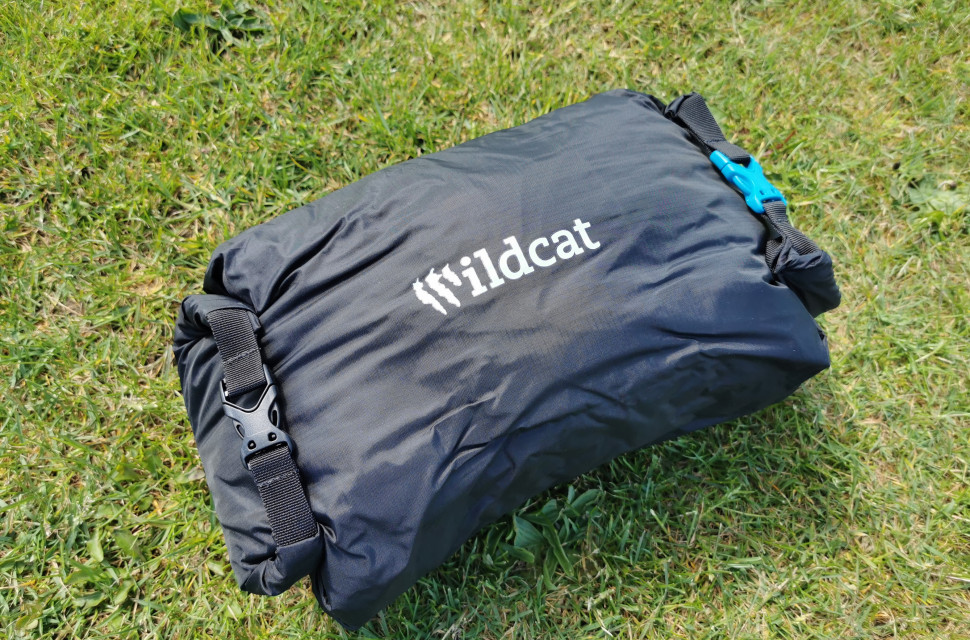 A drybag is a simple product yet Wildcat have created something that stands out from others with an ability to keep contents separate within a single bag. It is easy to use and very well constructed but costs more than most drybags and extra material means extra weight.

Drybags are commonly used while bikepacking, allowing you to keep kit separated but also dry and they are available in a wide range of sizes and usually for not much money. This bag from Wildcat takes things a further and it is essentially two drybags inside each another. The bag features a double-ended opening and each end accesses a different bag section.

The bag on test is the 13-litre version, but if that's too big, Wildcat offers a smaller 8-litre option. Both are constructed from PU-coated nylon and while the fabric is a similar thickness to many other drybags, due to the design with separate internal compartments it means at least 2 layers of fabric.

At each end, there is a different colour-coded YKK buckle which is a nice touch; blue on one end and black on the other. A stiffener is sewn inside each end making rolling down a very simple process. All seams are sealed, ensuring that your contents should not get wet from the outside and uniquely it also means that whatever you put in and one side will not transfer moisture to the other side. Neat. 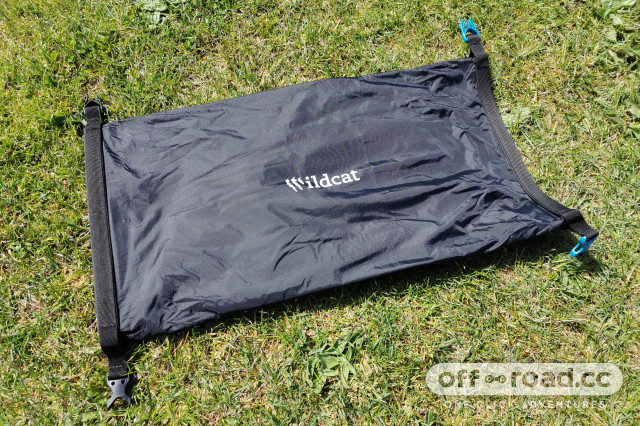 While it is possible to use the drybag for any purpose, the fabric and design make it perfect for handlebar mounted bags and I tested it with the Wildcat Lion handlebar harness. When mounted within the harness the extra thickness of the fabric is a big plus when riding through any trail obstructions such as brash or brambles that have the potential to damage or rip thinner drybag fabric.

While you could use the compartments for any purpose, for me the biggest advantage is the ability to keep wet things separate, which is often something that might be needed after a night bikepacking with rain or morning dew that would otherwise mean packing a wet shelter away with dry bedding or clothing.

Each end accesses its own internal bag which is not joined to the other (see photo below) and is the same size or thereabouts as the outside at 13-litre. This means you can stuff a sleeping bag like the Alpkit Pipedream 600 in one end and use all the space conventionally or you can stuff a smaller bag , beanie and insulation jacket in one end AND a bivvy bag in the other. You don’t need to worry about packing each side evenly as they push up against each other as long as you make sure you have rolled the ends up securely to take up any excess. 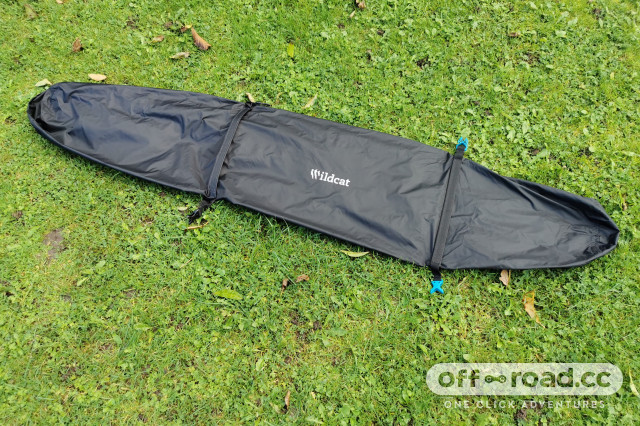 The drybag weighs 162g, which is reasonably heavy compared to more standard drybags, but when considered as a whole front-mounted system together with a minimal harness it creates a light overall setup. The classic alternative to this design would be to have one large drybag and other smaller bags packed separately inside to keep your kit separate. While this could be a lighter and even cheaper setup, it would not be as neat as the Wildcat bag. 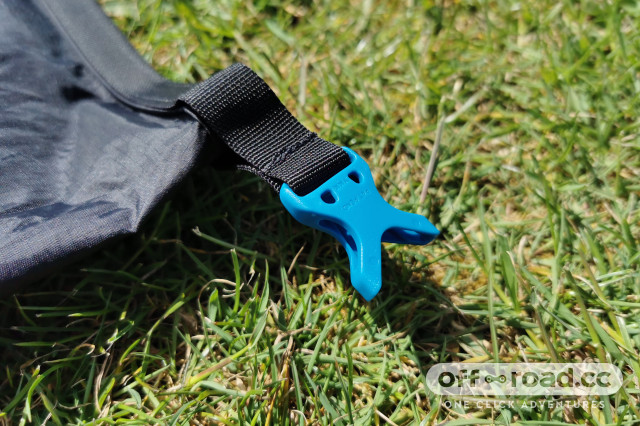 £40 (or £32 for the 8-litre version) for a drybag is not cheap and that is likely to be the biggest hurdle to overcome and without a handlebar harness such as the Wildcat Lion or Alpkit Kanga previously tested I think it would be overkill for many other bikepacking uses.

If however you are looking for a very neat and well-constructed drybag with the ability to keep contents separated, the double-ended design from Wildcat is high quality and made to last. The design and extra construction of the bag impact the price, but this is really the only downside to what is otherwise a great product that once you have started using it, will struggle to move away from because it can be so useful.

Alpkit say: Our unique Double-Ended Dry Bag is cleverly divided so that you can separate your gear. It’s constructed in a way that enables the sections to infinitely self-adjust to your gear. Separate wet from dry, clean from dirty, or anything else you can think of. You can even start with the whole bag as one compartment and move things as they get wet during your trip! Self adjusting compartments – simply start stuffing! Different coloured clips help you see the compartment’s purpose Whole bag can be used as a single compartment when required Fully taped seams and waterproof fabric keep dry items dry! The bags are available in 2 sizes, 8-litre and 13-litre and both fit the Lion Handlebar Harness perfectly. (final pic shows the drybag in the Lion harness, harness is not included). Note that both the yellow and black double ended drybags have yellow interiors. This makes it easier to locate contents in the bag in lower light conditions.

When combined with a front harness, as opposed to a full bag the drybag is a brilliant design and extra material mean it is durable and strong. For me, the biggest advantage is keeping wet fabric/kit separate. When packing away a wet tent flysheet or clothing after a night bikepacking.

The quality of construction is very good with material that is reasonably light for the protection offered.

Cost and weight compared to a simpler, single-ended drybag if you are keen on keeping weight low.

Neat product and well constructed drybag with the ability to keep contains separated which for me is especially useful when preventing wet fabric/kit separate from dry kit. The design and extra construction of the bag impact the price but this is really the only downside to what is otherwise a great product and the type of product that once you have started using it, will struggle to move away from because it can be so useful.