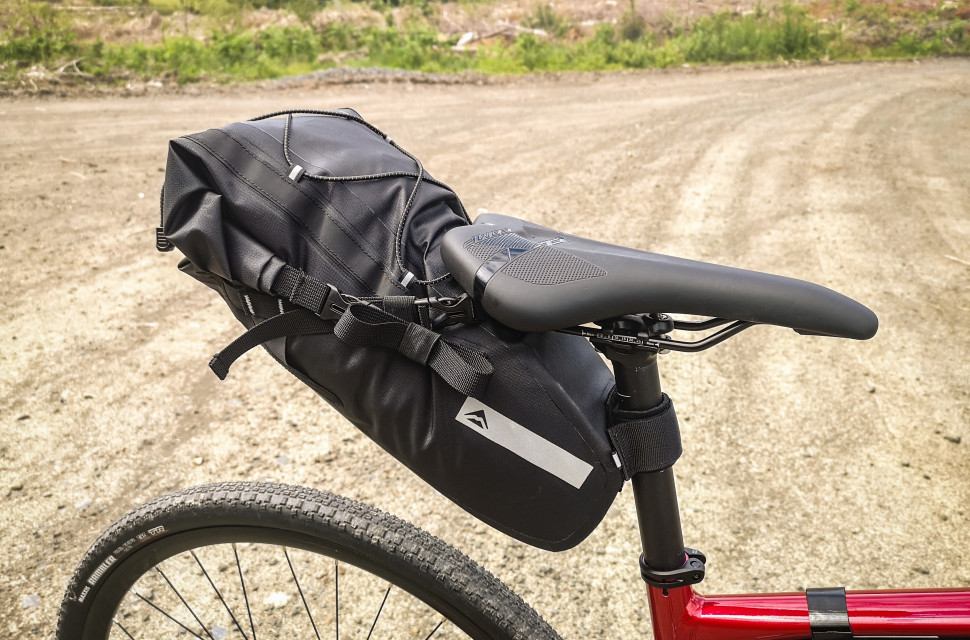 Matt Page
|
Oct 27 2020
|
Overall
Quality
Performance
Value
What's good?
What's not?
Buy if...
You've got lots to carry and don't mind it swaying about getting damp

At 21.25 litres, the Merida Travel Saddlebag is one of the bigger packs out there. It can hold up to 5kg of gear, but it's pretty unstable on rough ground and hard climbs even with less than that stuffed in. The claimed 100 percent waterproofing can also be defeated by heavy rain.

The construction is largely 210D ripstop, which is 100% waterproof, and the seams are sealed. Like most saddlebags, it attaches via the saddle rails and a single velcro strap around the seat post, though the seat post strap is a little short.

One of the saddle rail straps gets a Fidlock magnetic lock, which – once I'd figured out how to use it – proved effective and easy to use. It's odd the rear opening clip doesn't get one as well, though. 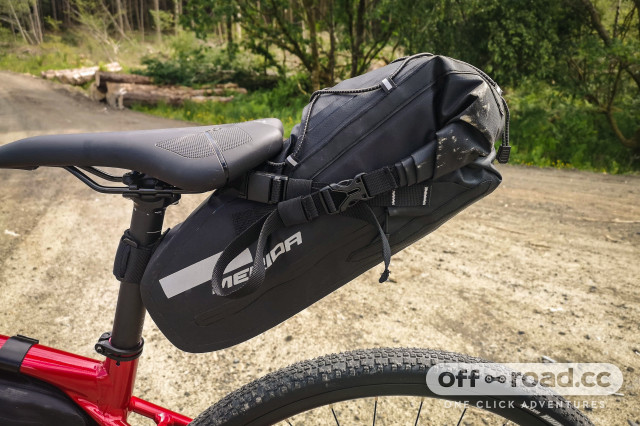 The main space is huge and easily accessed via the opening at the tail end, but there's also a zip for reaching things stored furthest in. Given the sheer size of the bag and how much it carries – the weight limit is 5kg – that's pretty useful.

The three straps can do little to contain the inertia of such a long, potentially heavy bag. Sideways sway is quite bad when you're working hard, and while it's at its worst when climbing out of the saddle, it can affect handling at speed over rough terrain too. 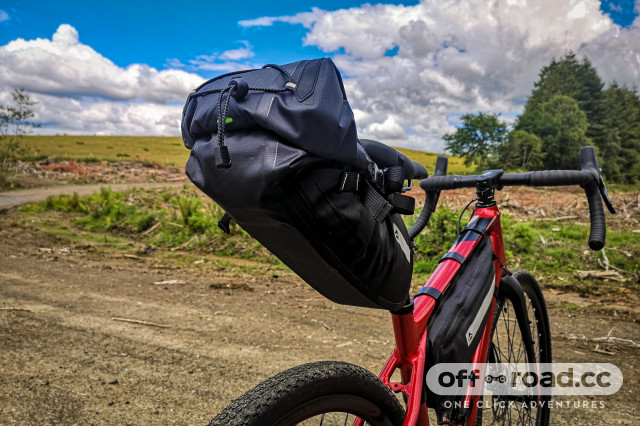 Merida says this pack is 100% waterproof, but heavy rain defeats it. I never had that much get inside, but it was enough to be noticeable and a bit of a disappointment. The Travel Saddlebag still needs a separate dry bag.

There's a useful attachment point on top for anything you may need to grab quickly, such as a jacket, and it's unobtrusive when not in use too. There are reflective patches on the sides and back for a bit of extra safety.

At 395g it's a reasonable weight, and less than many other larger bags. At £65 it's cheaper than many too, but with this you get what you pay for – the Merida Travel Saddlebag can't match its more expensive opposition for stability or waterproofing, and as such its value suffers.

This looks basically the same as my Podsacs saddlebag that I bought from Planet X.

The only difference is that the Podsacs one cost £20! For that price it's a good bag.