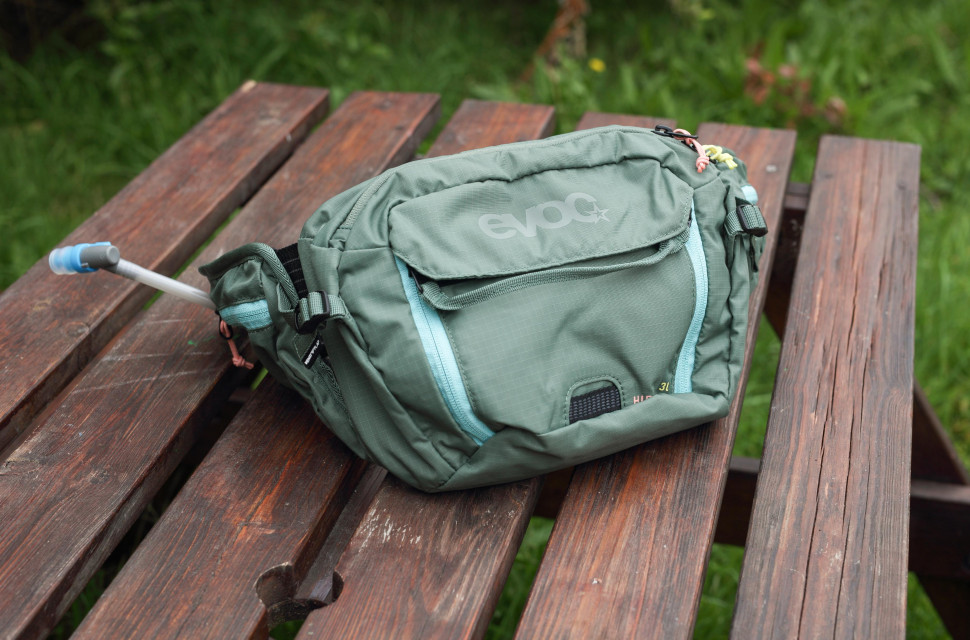 The EVOC Hip Pack 3L is a small bag designed for short rides. It has enough space for the absolute essentials and, while it's comfortable and has a couple of neat tricks up its sleeve, it really is only suited to quick blasts.

With the Hip Pack 3L you get two pockets either side of the waist belt, an accessory flap/pocket, and the main compartment – inside which a 1.5L hydration bladder hides. There's also some bonus space that's perfect for a pump and a tube.

EVOC loves a system, and has blessed this with its Venti Flap System and its Air Flow Contact System. Venti Flap allows the pack to sag away from your back and let cooling air in, and is essentially a cleverly thought-out bit of elastic paired with a couple of straps.

The idea is you can loosen the straps on long climbs (without affecting overall security) and, once at the top, cinch the thing back in for a flap-free descent. It works pretty well to combat sweaty backs, though as this is such a small bag to start with – and really for short blasts – I rarely found myself wanting to use it. 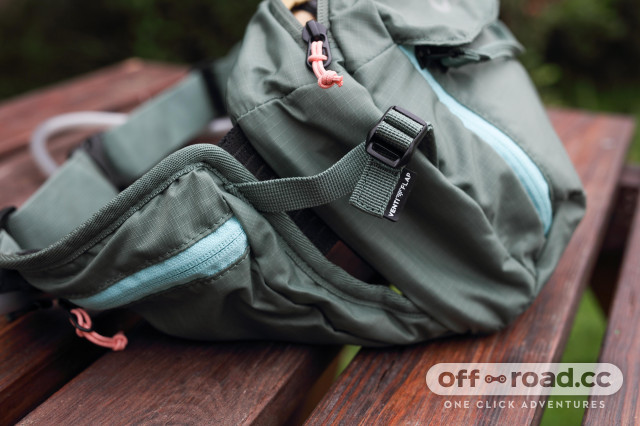 As for the Air Flow Contact System, it’s basically a few carefully placed foam pads designed to promote some airflow between the bag and your back. 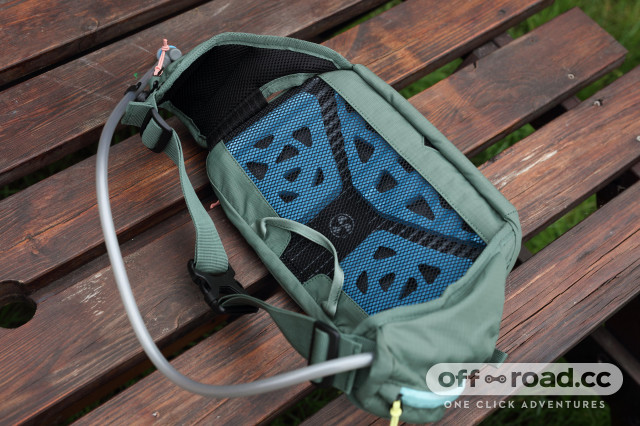 I had a faffy first outing thanks to a couple of teething problems, though they were easy enough to fix. Firstly, the waist strap isn’t quite as simple as most. Each end of the strap has an adjuster, so it takes a bit of messing about to get properly fitted. Once adjusted though, they’re fit and forget.

The second issue was in the length of the hose. During my first outing, it was seriously long and made quite a fuss, flapping about everywhere. Still, that's better than too short, as it's was easy enough to cut the hose down to a non-flappy but still useable length.

The hose is secured by a removable magnetic clip, but every now and then the whole clip comes off accidentally, so there's a danger of losing it. 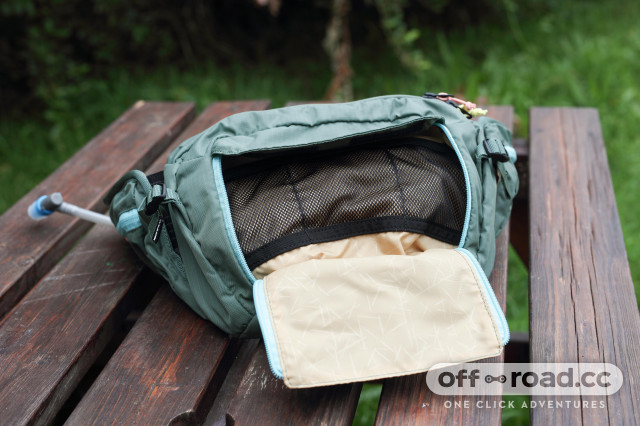 Space in the Hip Pack 3L is definitely minimal, but I was able to jam in a pump, tube, multitool, tubeless repair kit and my phone (sadly there's no dedicated phone pocket) alongside a full reservoir. It definitely feels better when you're not brimming it so hard, though.

The pockets on the straps work great as an overflow for small items such as keys and a Haribo stash. 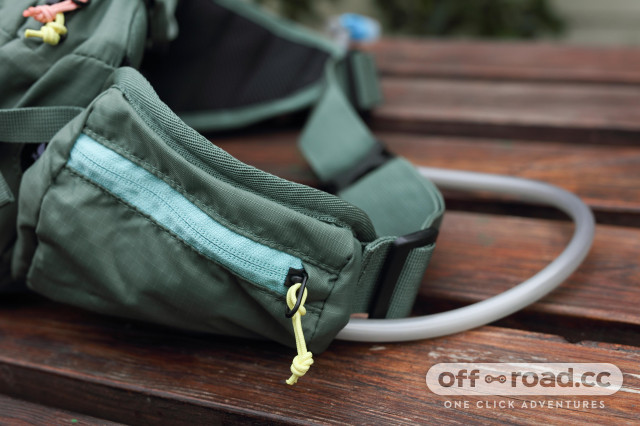 The Venti Flap System actually helps with fit as well as cooling. Hip packs tend to loosen as you drink away the water, and the Hip Pack 3L does too, but Venti Flap lets you take up that slack on the fly. All it takes is a quick pull of the straps and it hugs your back.

Once set up, the EVOC Hip Pack 3L is super secure and comfortable thanks to its wide waist belt. I never found it to be too hot either, even with the Venti Flap tightened up. Access to the front compartment is easy too.

If you're looking for a hip pack for quick blasts or uplifts, the EVOC Hip Pack 3L checks all the boxes. It could just do with a dedicated phone pocket and, perhaps, a smidge more space.