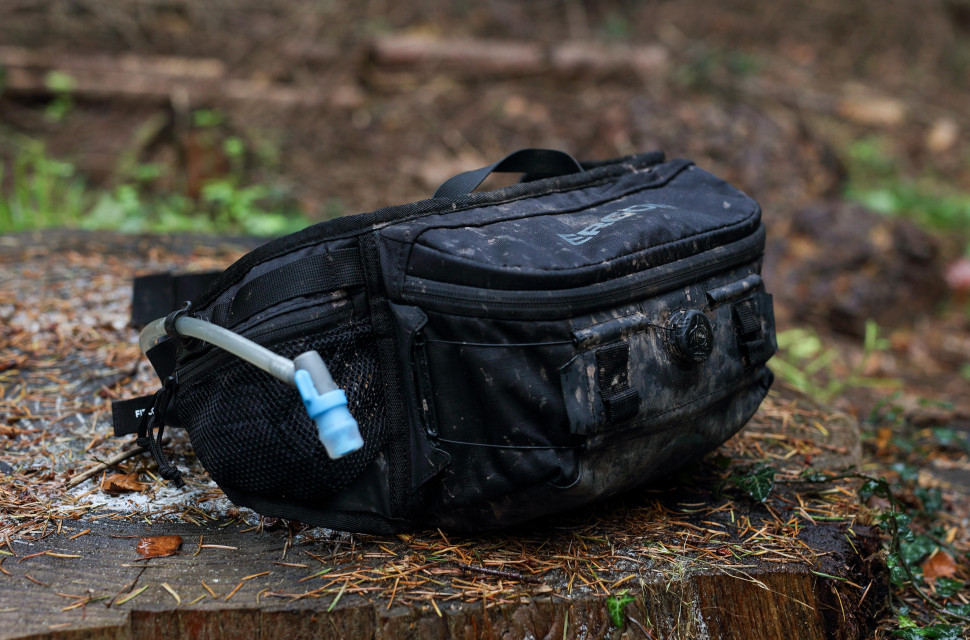 Liam Mercer
|
Nov 10 2021
|
Overall
Quality
Performance
Value
What's good?
What's not?
Buy if...
You're after a seriously great hip pack and don't mind shelling out for a bladder

Ergon's BA Hip Pack joins the brand's well-established range of hydration packs as the first hip pack entry. It comes small in size but big on carrying power. However, it can slip a little and doesn't come with a bladder.

Ergon has designed the BA Hip Pack with gravel riders right over to enduro riders in mind to offer an ergonomic but comfortable pack. To do so, the Hip Pack gets a wide, slip-resistant belt and a compression system using a similar dial to a BOA. 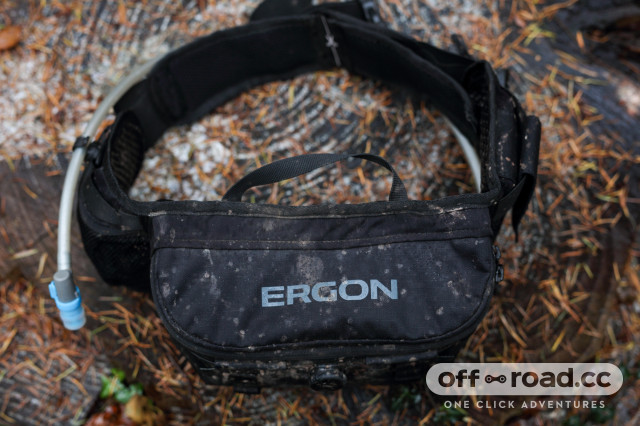 Despite its size, it comes teeming with pockets and little hidey-holes for all manners of kit. There’s a bottle pocket on the right-hand side of the belt, then a zipped pocket on the left. There are even packable straps on the underside that’ll allow you to carry pads or a jacket outside of the pack. 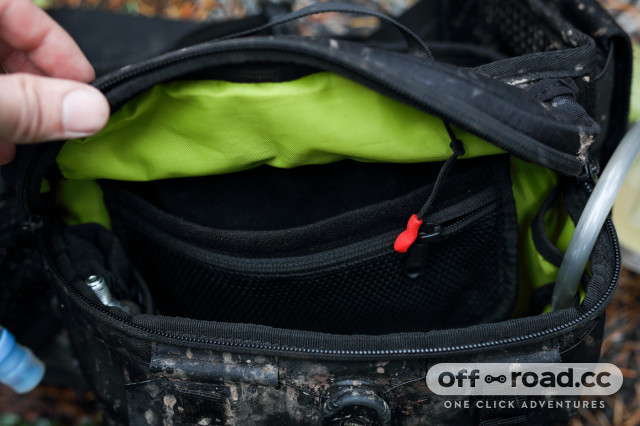 The inside is home to a valuables pocket in the lid, a microfiber phone pouch with a netted pocket on its outer that’s secured to the bottom of the bag’s interior with a couple of stretches of elastic. That allows riders to hide bits and pieces behind the microfiber pocket. 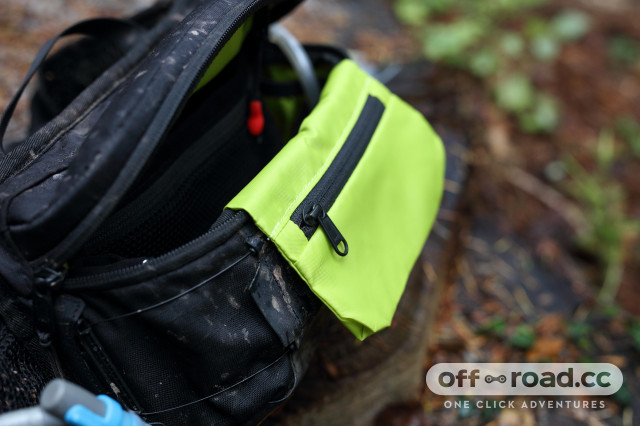 Finally, there are a couple of pouches on either side of a larger but very secret pouch that can only be accessed by flipping it outside of the BA Hip Pack, leaving enough space for a 1.5L hydration bladder. 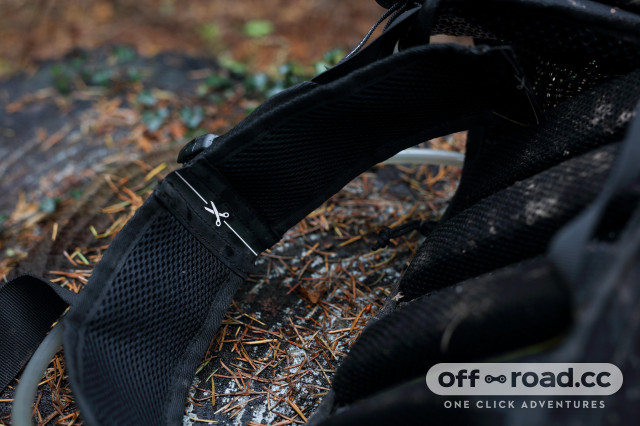 So, with all of the pockets out of the way, the belt on the BA Hip Pack is rather smart. Similar to EVOC’s range of packs, the belt uses a hook and loop to primarily secure the bag to you, and there’s a big buckle to make sure it won’t go anywhere. But the clever bit is that the belt is super long, though Ergon encourages users to cut it down to size with three thin ‘cut here’ sections, reducing any excess.

On my test pack, I cut the belt down by one section, and as planned, there’s no excess. However, I reckon it could do with another loop so that the buckle’s strap could be better secured rather than be left to flap about. That’s not something I’ve found to get in the way, though. 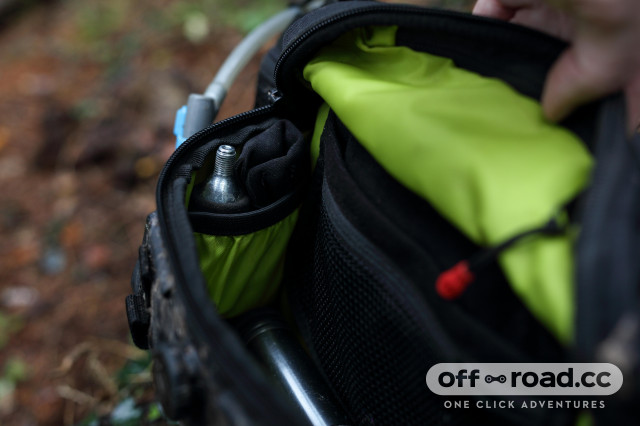 I’ve managed to stow away all of the usual gubbins that I’ll take with me on any ride in my BA Hip Pack. So that’s a multitool, Co2 canister and inflator, and a tube. Not to forget my phone and car key either. 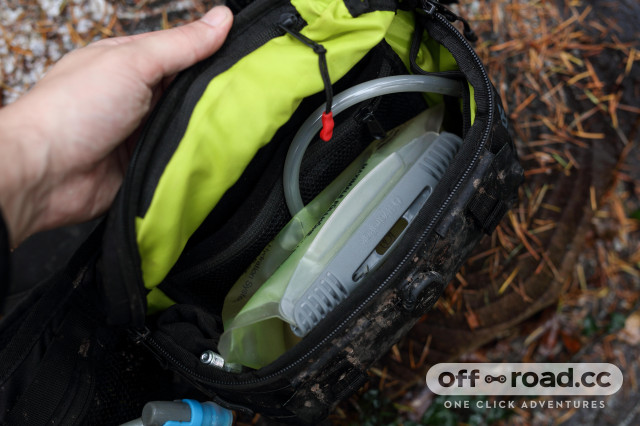 All of that has found its home neatly organized inside the pack, along with a 1.5L hydration bladder, although it does fill a lot of space very quickly. That's where, if you're looking to stow a jacket or any other extras as well, you'll need to take advantage of those external straps.

Something missing from the bag is a hook or Velcro loop to hang the hydration bladder from. In practice, though, this hasn't posed an issue like it can with taller bladders as they can block the hose as they drain. 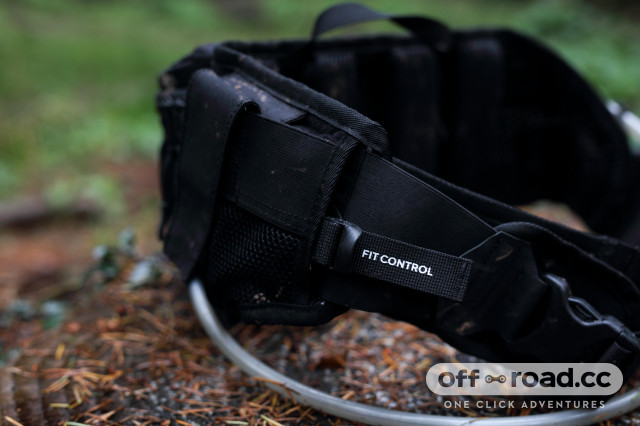 Like the BA Hip Pack’s carrying capacity, its stability on the body has been fairly impressive. With the belt snugged up, the pack is definitely comfortable, and I’ve found no areas where seams, or whatever is in the bag, have dug into me unless I’ve packed one of the hip pockets really poorly.

It does have a small tendency to slip as I’ve slurped through what’s in the bladder, but that’s only natural. It’s something that I’ve experienced on a bunch of hip packs, and it’s easily sorted with a pre-descent tug of the Fit Control straps. 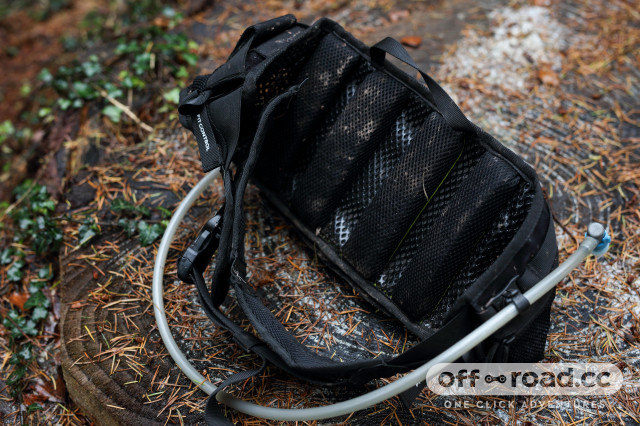 I’m not often too fussed about cooling features in a hip pack, but the BA Hip Pack definitely encourages some airflow. Evenly separated foam pads keep the bulk of the pack away from the body and in the attack position; they noticeably guide cool air through those pads. It’s simple but effective. 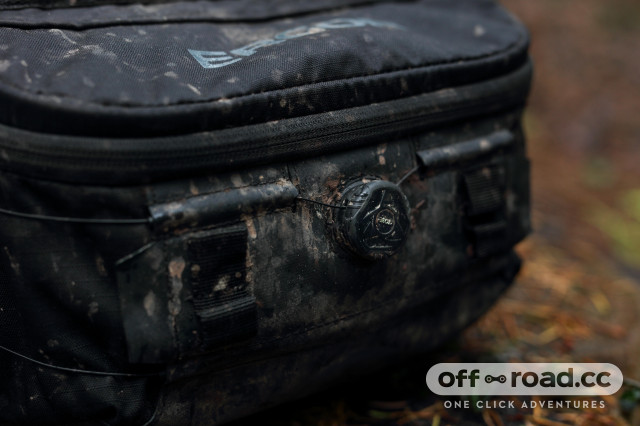 The dial on the front of the bag, while definitely handy, isn’t something that’s seen a lot of use, mainly because it’s easily forgotten about. It’s there to compress the bag keep things from flapping about, but with the bladder in place, loose kit isn’t an issue I’ve had to worry about. It’s nice to know it’s there and useful for when the bladder runs dry.

For its stability and the capability that the Ergon BA Hip Pack offers, £80 is a fair price, but that is ignoring the fact that it doesn’t come with a bladder. In a way, that can be seen as a good thing as it’s possible you’ll be able to find a smaller bladder that’ll leave a bit more space in the pack. However, if you were to opt for Ergon’s BH150 bladder, it’ll set you back around another £30, and that’s the true downside to the BA Hip Pack. 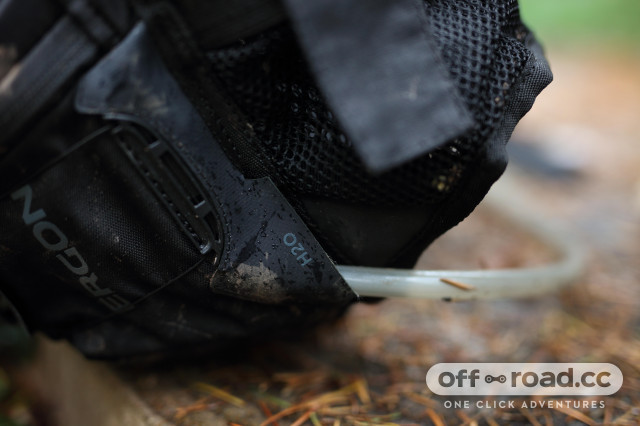 A real favourite of mine is the Dakine Hot Laps 5L hip pack. That one gets a 2-litre bladder in the pack, along with an extra 3 litres of capacity. Though its sheer size makes it a little unstable, especially when fully laden with fluids.

EVOC’s Hip Pack option ups the price to £95, but that includes a 1.5-litre bladder. While all in, it looks to be a cheaper option, it simply can’t carry as much kit as the Ergon BA Hip Pack. That, and its belt is much harder to adjust, especially on the fly.

The Ergon BA Hip Pack is definitely on the pricey side, but I reckon that it’s well-justified thanks to its list of features and the amount it can carry. Its stability and comfort on the body are absolutely nothing to be sniffed at either, and the ability to cut down the belt is also a very welcome feature. Ergon seems to have thought of everything.