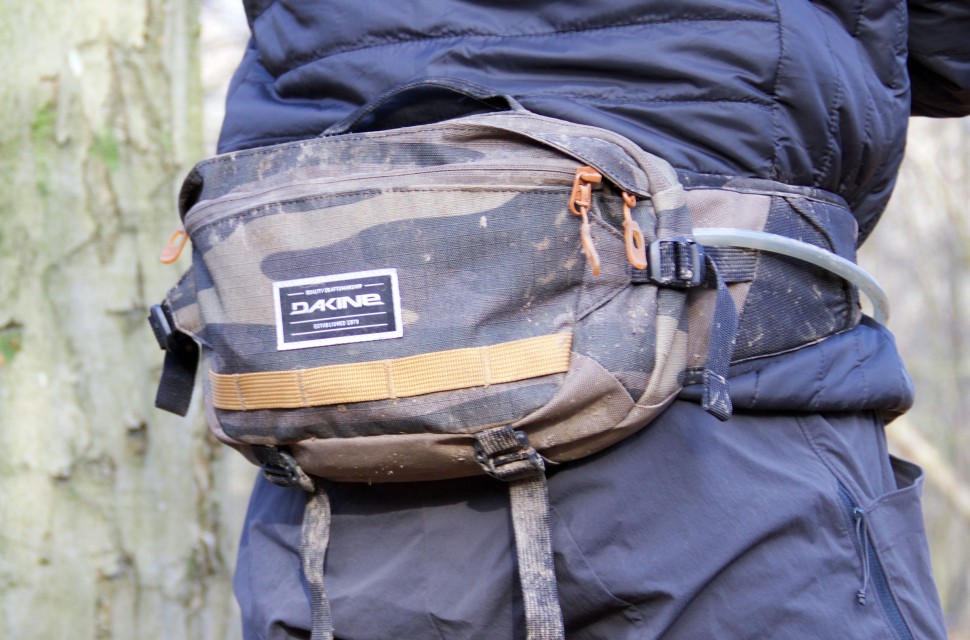 The Dakine Hot Laps is an unashamedly short ride focussed pack. The 5L pack tested holds more than is probably safe to carry on your hips, but it's perfect for a short blast without the need for a full backpack. It's got tonnes of storage options, it's well built and as long as not overfilled, perfect for the task.

Built from some rugged fabric, its shrugged off some brushes with trees, and general trail tumbles and abuse. The camo pattern is one of four colourways with more understated options available. There is a 2-litre bladder with a magnetic clip to keep the spout in place - this works, but needs to be properly placed to stop it flailing around whilst riding. Inside the pack are various compartments to hold tools, snacks and all that you need. 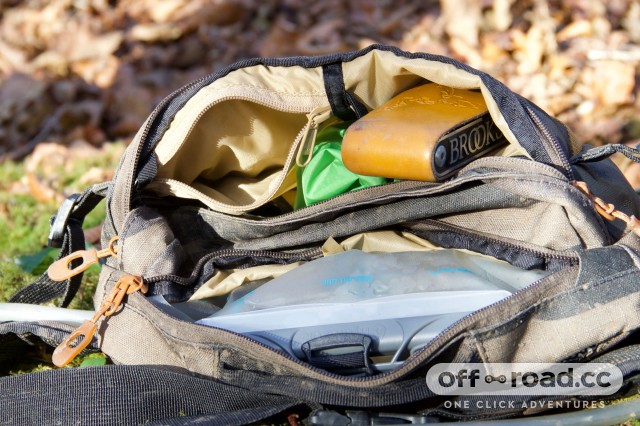 My first mistake was to load it right up - full bladder, loads of kit, spare jacket, kitchen sink etc. This caused the strap to dig into my gut, and also increase the chances of it bouncing around out on the trail. Just because there is 5L of space, you don't need to carry everything - light and fast is the mantra here. 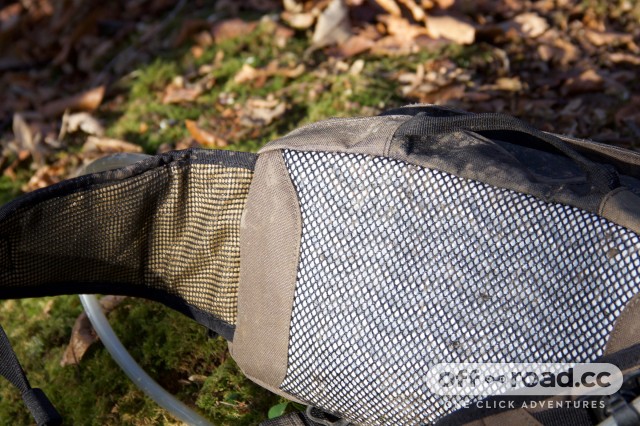 Once I sorted the fit and loaded it well, I liked riding with nothing covering my back - it reduces sweating and the area it does cover has a handy mesh that minimised that sweat area. There was, of course, a bit, but compared to a full pack, not much. It does emphasise how little you can carry - but if you are out for longer and need to carry food or more clothing, a full pack is where you’d go. 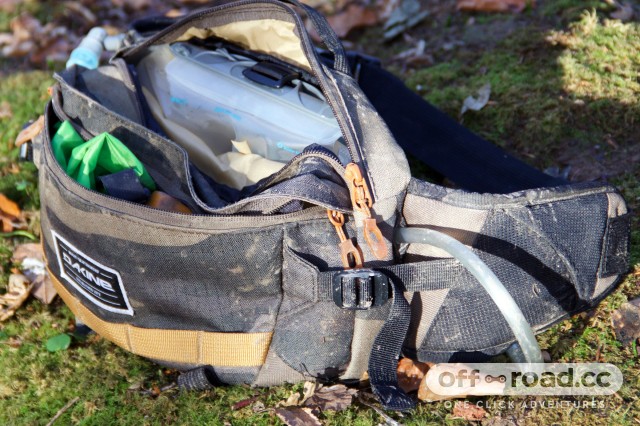 That said, the hip pack does exactly what it sets out to do, carry the essentials securely - its comfortable for a couple of hours, and after that, the waist strap can dig in, but in all honesty, you aren’t going to want to ride with it for that long. I did find carrying 2l water was quite a load, with tools and so on added. The weight reduces as you drink, which does help.

Whilst riding, I found there was a degree of up and down movement, but not so bouncy it became an issue - for general trail riding, it works well. The stability is enough to not throw any unexpected weight in the wrong direction, and as its centrally located on the body, doesn't feel off.

The level of detailing is high, with well thought out access and storage - the magnetic spout clip is tidy. It’s even got a key clip - I’d have liked a cord, but I’m being picky, there is a zipper pocket too. Webbing across the pack and two compression straps mean you can stash body armour or a decent size pump. I found a pump would try and escape over time - I needed to find a better way to secure it, rather than carrying a CO2cartridge.

It’s nicely thought out, with all the right elements you’d need - but some consideration on how you’ll load and use it is needed - as its not a replacement for a good pack, more an alternative.