Skip to main content
Log In Register
Camelbak Mule LR 15L Hydration Pack £130.00
Aimed at longer days in the saddle, its feature-filled and durable, ticking all the performance boxes 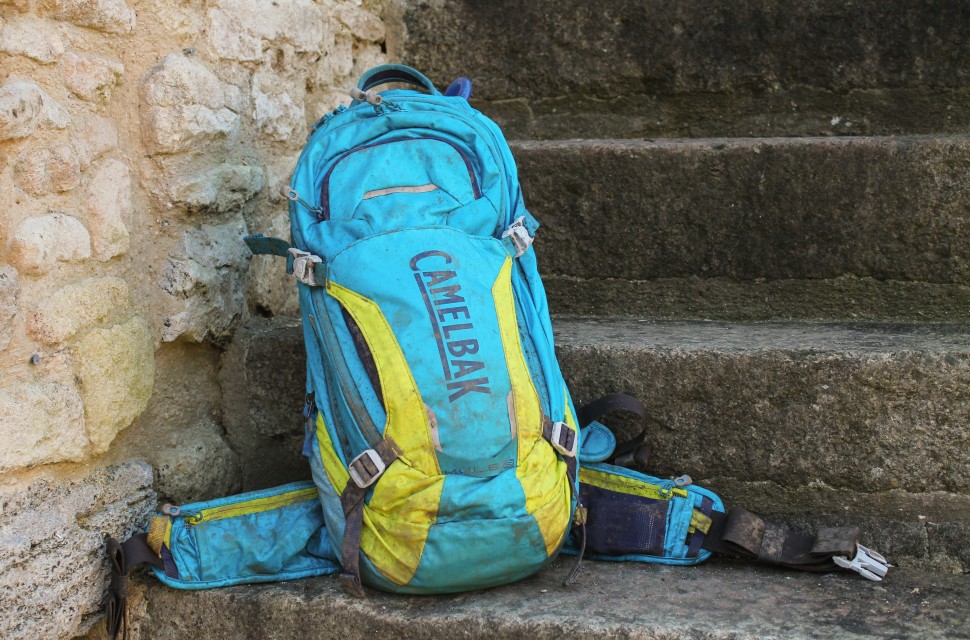 Adam Wight
|
Dec 14 2017
|
Overall
Quality
Performance
Value
What's good?
What's not?
Buy if...
You want one of the best in the business for longer rides

Camelbak have churned out some banger hydration and rucksack products in their time and the Mule LR 15 is no different. Aimed at longer days in the saddle, it's feature-filled and durable - have Camelbak literally thought of everything?

The Mule LR 15 is the newest edition to Camelbak’s Mule range, not too dissimilar to the ever-evolving Mule, but now featuring the brands ‘low-rider’ bladder system. The new arrangement of the low-rider system means the 3l bladder is shaped differently and stored lower down in its compartment in Camelbak’s constant bid to deliver the most stable riding pack.

They also claim it delivers 20% more water per sip than the standard reservoir, a statistic I can’t prove however, the water does indeed flow well when needed. Additionally, Camelbak have included compression straps on the waist belt which enables you to continually adjust the fit of the bag as you drink and cinch the bladder into the small of your back,  thus always ensuring the snuggest of fits. The hose has gained a little girth, aiding that increased flow rate, and now clips into a magnetic bracket for easy removal and reattachment to the shoulder strap. The bite valve still has a lock mechanism, only its easier to use now and the other end of the hose is still neatly detachable for ease of filling. 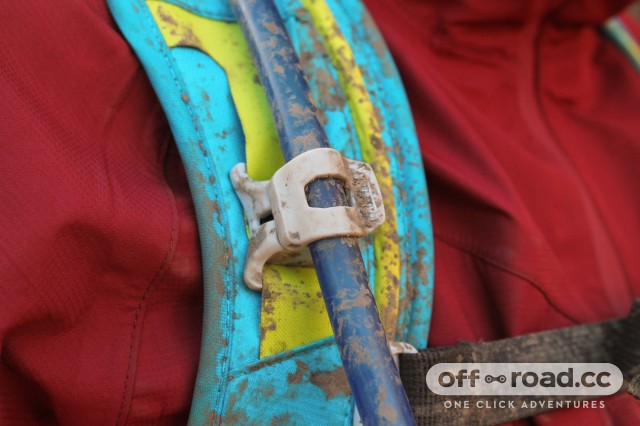 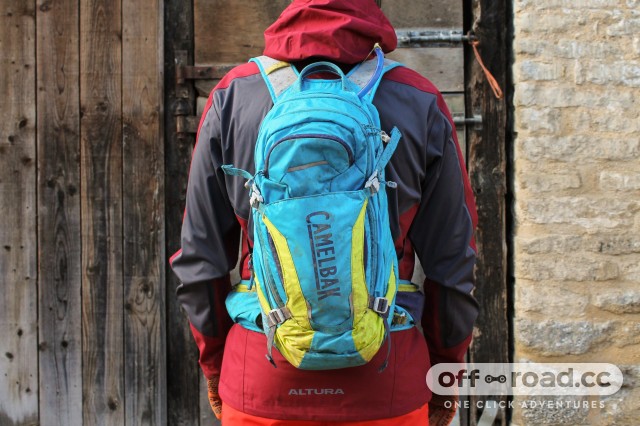 The LR 15 is absolutely rammed with features, from their Airfoil back panel which really is superbly cool (relative to others, its still warm!), tool roll, helmet carrier compartment and additional loops for hanging a full face or other items using the included compression straps, right through to the stowed away rain cover. You don’t even have to remove your stashed helmet to gain access to the bag, neat idea and great in practice. It has the traditional fleece lined pocket for your phone and well sized hip storage compartments on the waist belt, which much to my satisfaction is of a decent girth (calm down) and still lightweight in design, meaning the pack is held secure around your waist. 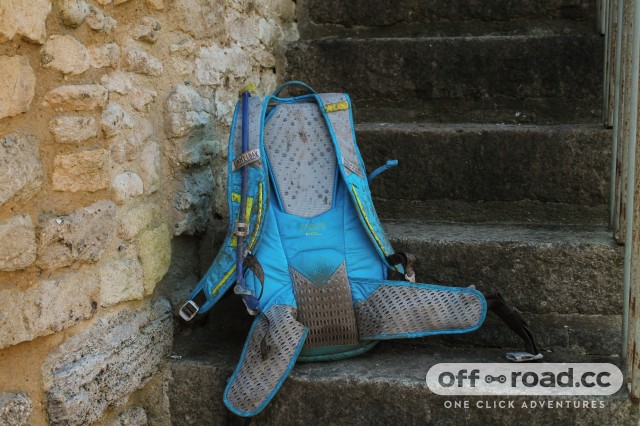 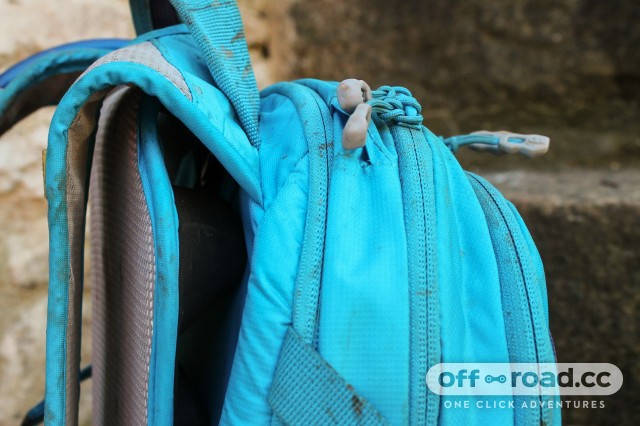 The Mule LR has two main compartments, one containing the tool roll in its very own netted bungee pocket, two sheath type holders for pumps and a zipper pocket for other sundries, and the other main section to the rear of that. With 15 litres of overall storage and a myriad of options for strapping things to its exterior, you can have a massive day out in the hills and easily carry all of the essentials, and if you’re like me, some that aren’t! 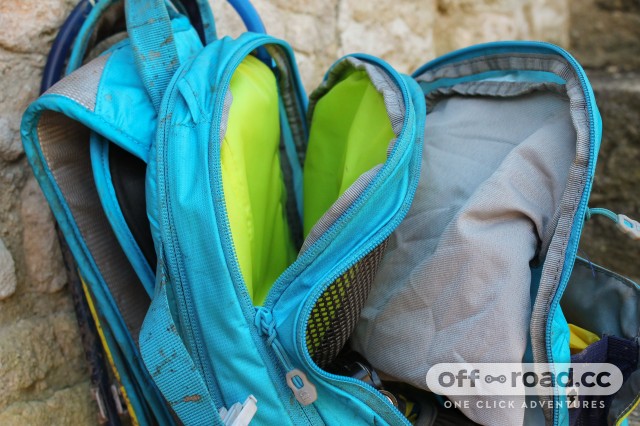 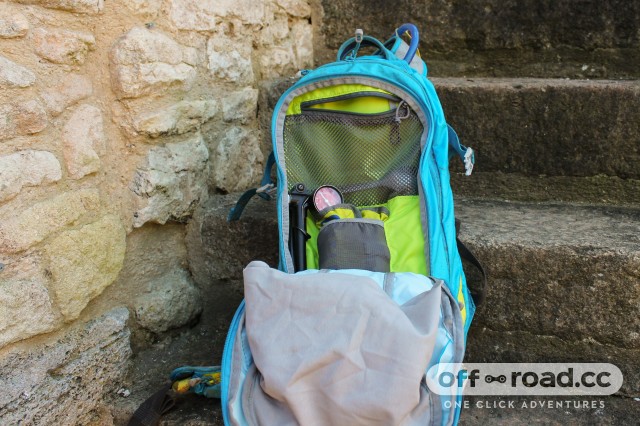 The bladder itself sits in yet another cell of its own which is also where one noticeable negative rears its head. As a result of the bladders new ‘low-rider’ shape, getting the bladder back into the bag and down to its stowage location when full of water, has proven to be a bit of a pain. Now, it's by no means a deal breaker, far from it, but compared to Camelbak’s previous designs, it's more fiddly. Its an acceptable trade-off for the added stability the new design affords. In a bid to reduce the faff and impending swearing, I simply ensure I fill and re-install the bladder first, before adding items to the pack, it makes for a far more pleasant experience. Also, the handy little sewn-in hose guide loop within the same compartment can and does make moving the hose in and out of the chamber slightly annoying at times. Again, just being picky. 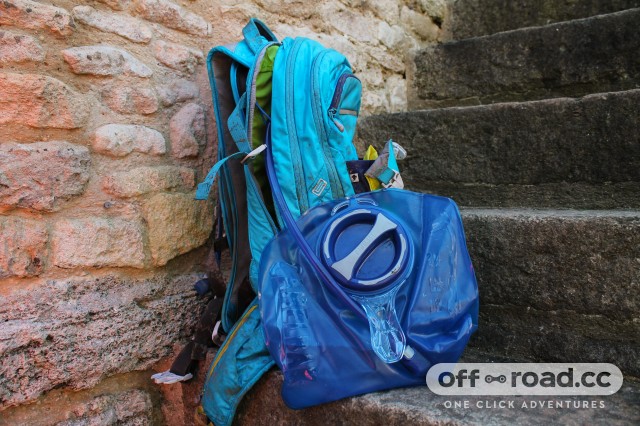 At 800g (without kit and water), its a very reasonable weight considering its structural strength and durability. Now, speaking of durability, I’ve got Camelbaks that are nearly 10 years old and still in perfect working order so to say I was surprised when I managed to catch one of the bungee loops guiding the bladder hose and rip it off, would be a massive understatement. Considering I’ve had many a scrape and rag doll crash whilst wearing previous iterations of the Mule and it hads barely even winced, this is pretty strange. If I’d managed to elaborately hook myself on a tree and spectacularly lifted myself from the bike using said loop, I’d be uber-impressed but if truth be told, I’ve no idea how it happened. Possibly a one off but worth a mention. We've since had a second Mule LR15 on test and had no problems with the durability of any straps or attachments. 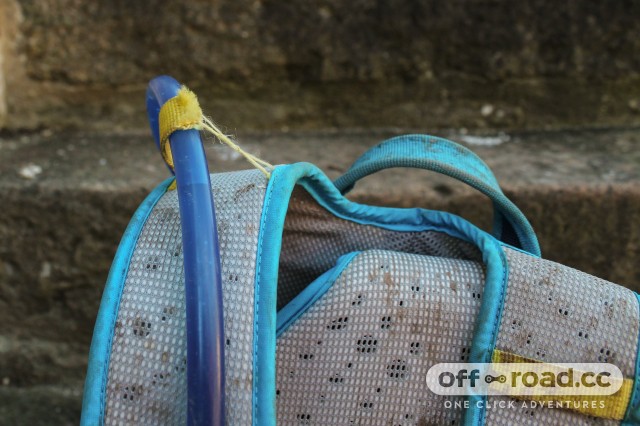 As far as stability and comfort when in use, the Mule LR is quite some pack. Its up there with one of the most stable packs I’ve ever used, especially with all of the main weight held so low down. The waist and chest straps offer loads of adjustment and the former ensures a large amount of the bulk is kept on the hips rather than the shoulders. Even on the roughest of tracks or sizeable hucks to ensuing head nods, the bag barely moves, its pretty damn impressive actually, especially considering its volume and potential bulk. The excess shoulder strap is dealt with neatly as well by Camelbak’s tidy velcro straps - roll the excess up and hold in place using the little velcro ends, uncanny! 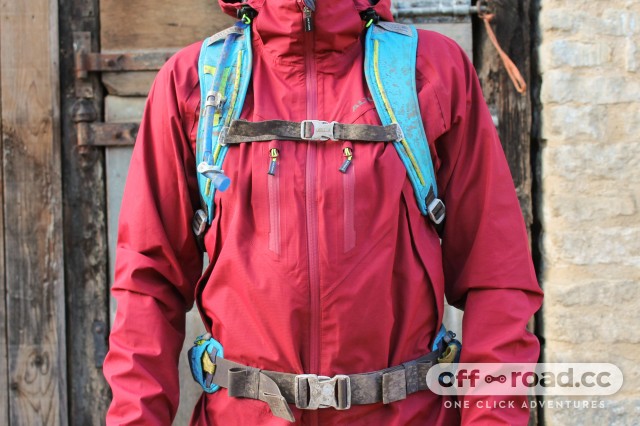 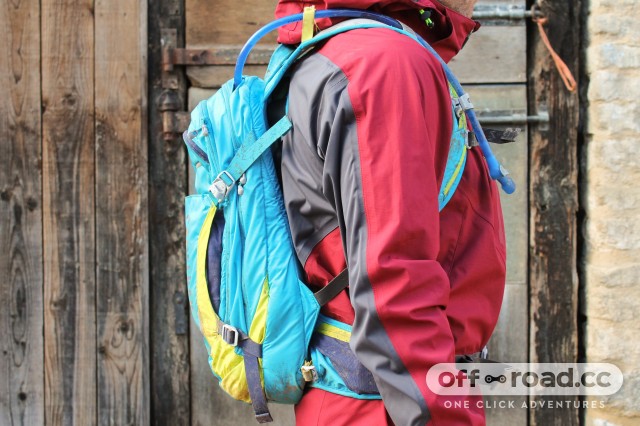 At £129.99, it's towards the upper end of the price range for a bag of this volume, but with way more features than many of the competition. With that in mind, I feel its a fair price for a pack of this stature and one I’d happily pay for such a featureful rucksack. For those longer days in the saddle, you won’t find many this good.