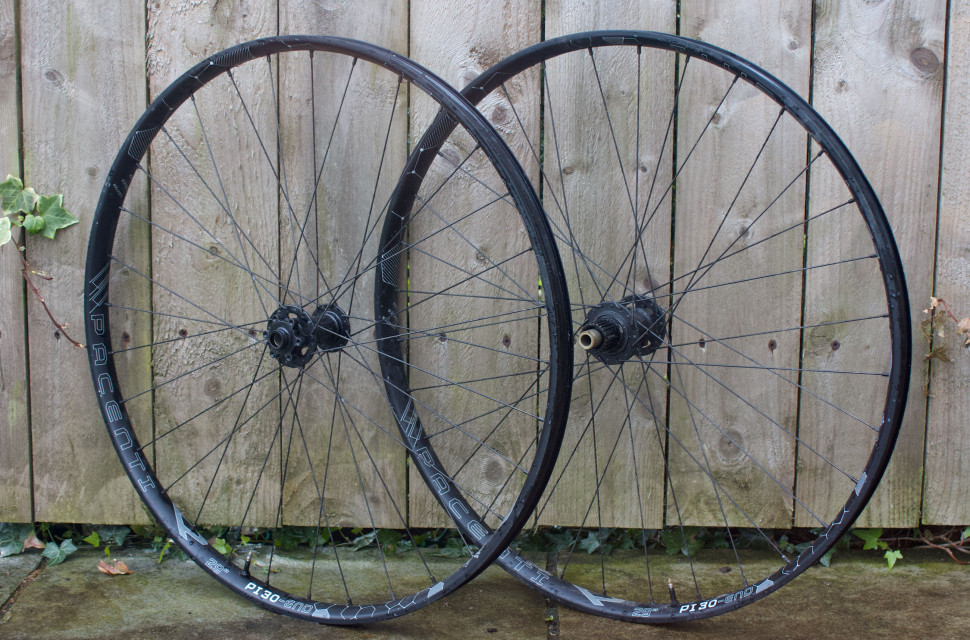 The Pacenti PI30-END Wheelset is a tough, well-made wheelset for more demanding terrain, whether trail or enduro. Striking a decent balance between strength and weight while leaning to the more durable. They run smooth and true, both in hub and rim, and hit a decent price point.​

Pacenti’s PI30-END wheels are tough as nails no-nonsense wide wheelset design for enduro or trail use.  Handbuilt in the UK they spin on good looking, gloss black Bitex hubs which ran smoothly and reliably throughout a wet, cold winter. They’re available as Boost and non-Boost, 6-bolt or Centre lock and either SRAM XD, Shimano HG or Microspline. I tested the Shimano Microspline version but all hubs are straightforward to strip down for bearing replacements.

The rims made from 6069 T9 alloy - which Pacenti claim improves strength and durability. I’ve tested them predominately over Lake District rocky terrain, with varying test tyres, and they’ve come away pretty much unscathed. One flattish spot on the rim after a particularly careless rock strike, and a whole heap of scuffs and knocks, but they are running straight both vertically and horizontally. Unlike the simple black hubs, the rims have a much busier design with heaps of writing, branding and details; which may or may not be to everyone's tastes. 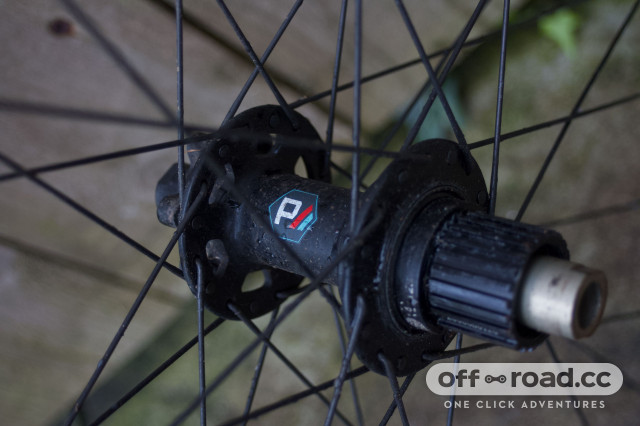 They feature a fairly standard build using 32 Sapim D-light spokes, 2 cross for the front and 3 cross for the rear, and they’ve remained well-tensioned throughout the extended test period.

They don’t come set up with rim tape as standard, but you can add some when buying.
The rims are hookless designs, and have a wide flat profile with 30mm internal, 33mm external width and are 30mm deep. I seated several pairs of tyres easily and only needed a pressure canister once to seat a usually difficult tyre. They are intended for 2.4 up to 3.0 tyres and that 30mm internal width makes tyres sit squarely on the rim, with little ballooning.

Out riding, they felt good and coped well with the type of riding they are aimed at in the Lakes. I’ve ridden them mainly on rocky terrain, with some occasional rooty, muddy woodland trail forays and they’ve been really dependable. I’ve run tyres at lower pressures and never managed to unseat them, just the odd small little burp of sealant on sudden strikes or hard corners. 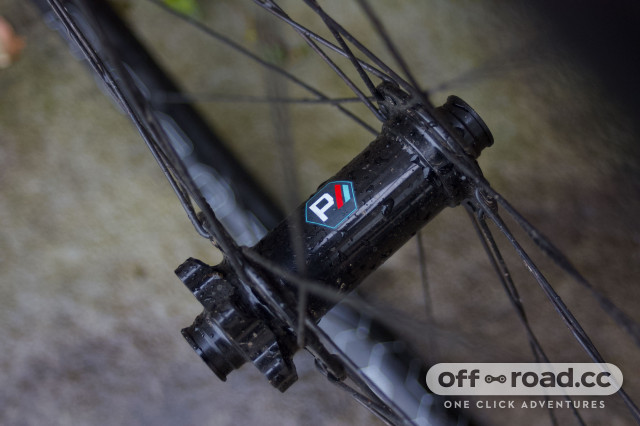 They are totally at home being used on trail and enduro riding, the freehub engagement is quick enough, and whilst fitted with some tougher 2.6” tyres, they’re never going to feel fast, but with a reasonable weight of 992g rear and 855g front (with valves), and a reassuringly tough build, they’ve run flawlessly. Shod with some lighter tyres, they feel ok for longer all-day riding with the added reassurance of strength.

Competitively priced at £550, the decent build quality, higher-grade alloy in the rim, plus the really effective rim design all add a lot of plus points, however, I’d like to see rim tape and valves as standard. The build of the wheel is good and they’ve been consistent and reliable. If you are looking for a trail/enduro set of wheels, then these should go on the list.