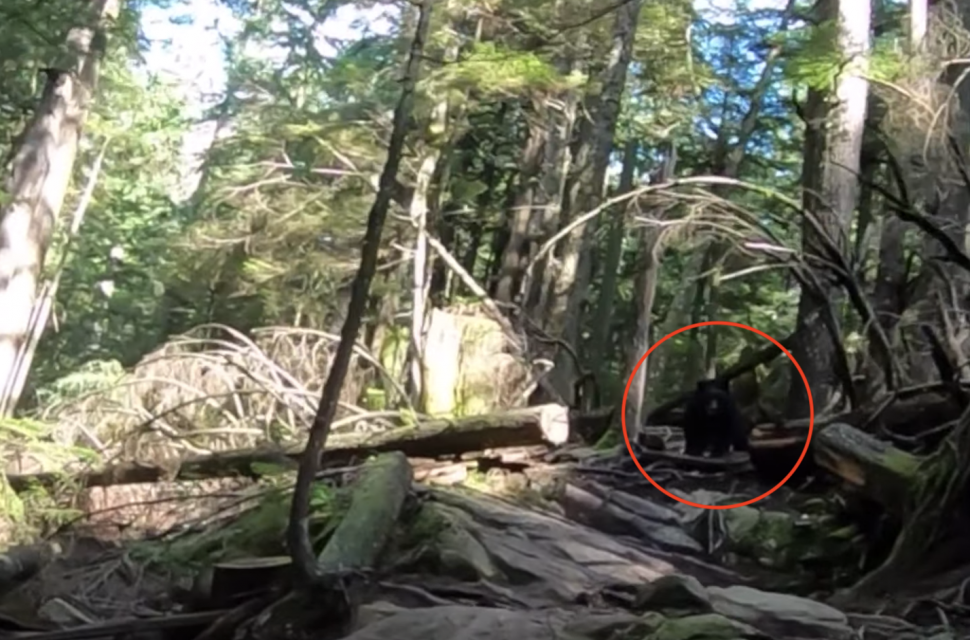 If there's one thing to really get the adrenaline pumping on a mountain bike descent then it's the knowledge that there's a black bear chasing you down the trail. Single Track Rider and his buddies had exactly that experience while out riding in B.C, Canada, with their ursine adversary chasing them for over a kilometre.

The entire encounter was - luckily for us - captured in this video, which shows the black bear giving chase as they set off down the TNT trail on Mt Seymour in North Vancouver, rapidly turning from a bit of wildlife spotting to less of an entertaining close encounter.

To be honest, it looks like a tricky enough trail (which they're riding blind, FYI) without having a bear breathing down your neck, but we imagine that thinking about the consequences of stopping, slowing or falling off and getting to meet Ted up close probably focuses the mind quite a bit. The ever more out of breath soundtrack as the bear keeps following them down the trail does give you some idea of how tense the experience was.

Happily, after the riders stop at a clearing, the bear bad man stops its pursuit and is dissuaded from following them any further with plenty fo shouting and 'making themselves big'.

Black bears, as opposed to the more fearsome brown 'grizzly' bear, aren't generally known to attack humans, generally limiting themselves to mock attacks and noise-making when they'd like a person to leave them alone. That said, bears that have become habituated to humans or who are very hungry can pose a danger, weighing up to 250kg for an adult male.

Makes you kind of grateful you're only likely to be chased by a labrador in the UK...