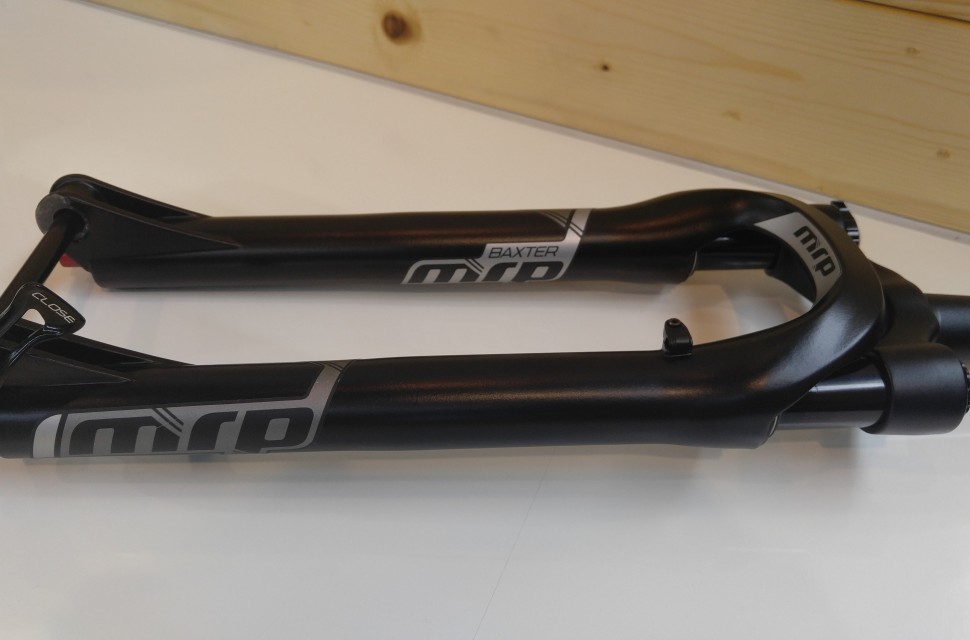 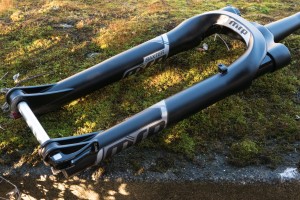 MRP launched a new gravel suspension fork, the Baxter at Eurobike this year. Front suspension on gravel and adventure bikes seems to be a growing trend, is this a revelation to gravel riders or one move too close to mountain biking territory?

There's no getting away from the fact that any sort of off road riding is bumpy, whether that be rumbling along gravel roads or skipping over stony bridle paths, it's never going to be the smoothest of rides. For some though, that's the lure of the beast, to ride a fully rigid bike, embracing the simplicity and the connection to the terrain.

There is undoubtedly time where the simplistic nature of a rigid set up wins hands down, adventures taking you far from civilisation and more than an afternoon walk to the nearest workshop would be one of them. Given rides where reliability rises higher on the list than home comforts, rigid forks play the lead role.

What about other types of riding though, where increased comfort and performance might come more into play? Our tester, Dave, has already taken a look at the new Fox AX suspension fork offering. It's a fork with 40mm of travel based on the company's 32 Step Cast mountain bike fork, you can see that review here. Dave says "It works very well and is a revelation in the more challenging terrain you might want to take an adventure bike, but it’s not without its downsides, chief of which are the high price, extra weight and long axle-to-crown that might play havoc with your geometry, and compatibility issues with many frames."

There's clearly lots to think about then, but with the introduction of the Baxter fork from MRP, it seems to be a topic manufacturers are willing to address. 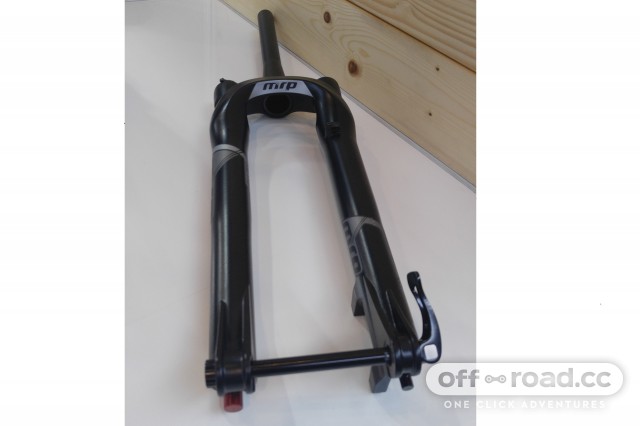 The air sprung MRP Baxter was on show recently at Eurobike, it uses a 32mm chassis too, just like the Fox version and as a mainstream piece has 40mm of suspension travel with a claimed weight of 1,540g. MRP use a chassis from a previous fork, with the company doing their best to shed weight from this where they can. MRP says the fork is compatible with 700x40mm and 650bx2.5in wheels and tyres and will be available with 15 and 12mm thru-axle options. 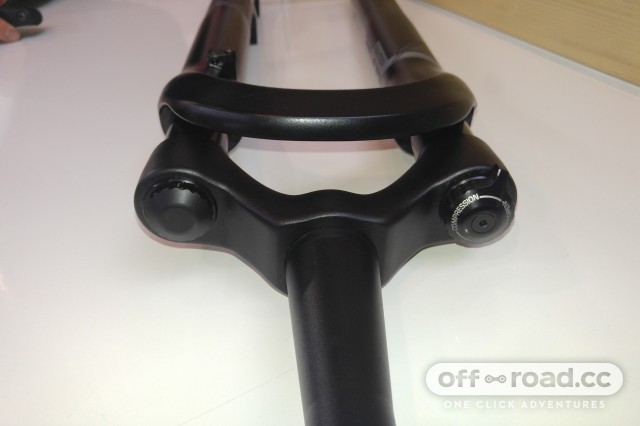 There is a three-position compression damper providing open, medium and firm settings for different riding scenarios. We've heard that the MRP Baxter will retail for around the £750 mark.

The interesting thing about the MRP fork is that it is fully customisable, meaning if you want 35mm or 50mm of travel it's yours. Similarly, if you have a bike that needs a straight steerer, MRP will make the fork with the steerer tube you need. How can they do that we hear you ask? The forks will be built to order in Grand Junction, Colorado and shipped straight out to you, the perks of having a lot of old lowers hanging around we guess, upcycling is a big thing! 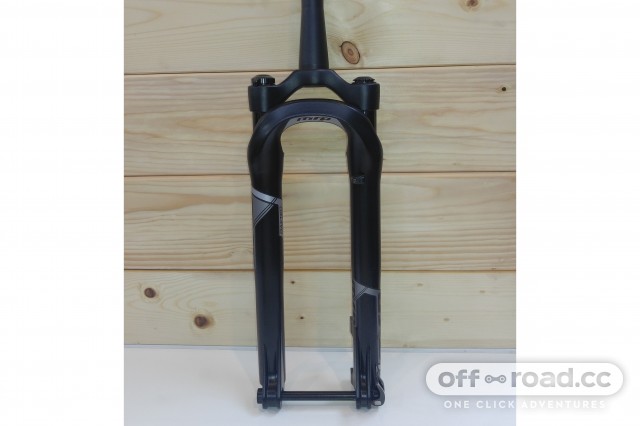 Of course, there are other options out there too, Cannondale fit their Slate gravel bike with a left suspension fork, the Oliver, offering 30mm of travel. And we can't go without mentioning the Lauf carbon Grit fork which essentially acts like a leaf spring and allows the front wheel 30mm of travel. The Lauf weighs less, comin in at about 1000g, if that's your worry. Our Editor Jon rode the new Grit SL fork in Iceland earlier this year and although you can't tune the suspension as you can other air operated choices (there's only one stiffness of leaf spring available on the Lauf fork) he said "the fork sucked up the high-frequency bumps that would otherwise become serious tiring on the endless roads and the lack of damping isn't an issue once you're wound up to speed." 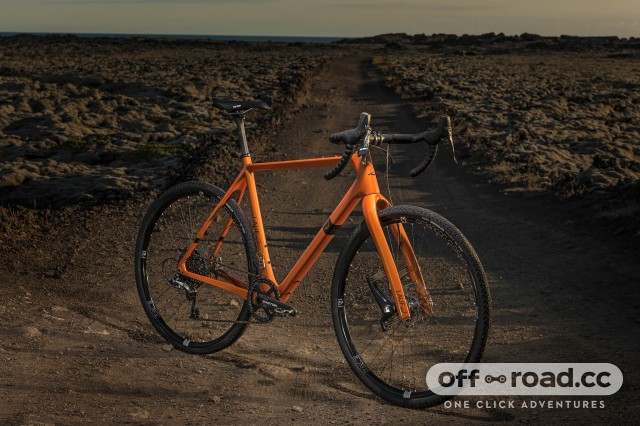 It's also worth a mention here that Specialized have their own answer in the Future Shock, used on their gravel bike, the Diverge (and also the Roubaix roadie too). The Future Shock gives 20mm of travel via a spring system mounted in the head tube between the stem and the frame, it's there to reduce vibrations and to smooth out bumps in the road. We had a closer look at the S-Works Diverge recently but were also pleased to see this piece of tech is available on Diverge model's lower down in the price range too. We'll be riding the Diverge soon so will update you on the performance of that little spring. 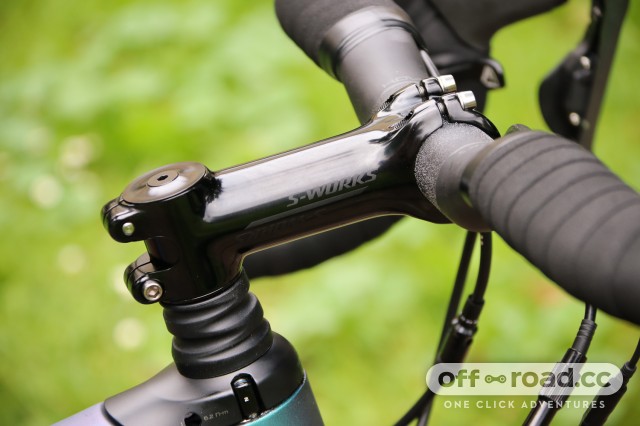 It appears we are at the advent of a new period for gravel bikes where suspension forks or even suspension systems are concerned. With problems such as weight, height and changes in geometry to be taken into consideration, it's certainly not all cut and dried that 'more is better'. Where long days in the saddle are concerned though, a front end with a little give sounds appetising!

We're intrigued and we've got a plan to find out just what is the best too, watch this space!