Skip to main content
Log In Register
All new Brain system and the longer, lower and slacker treatment 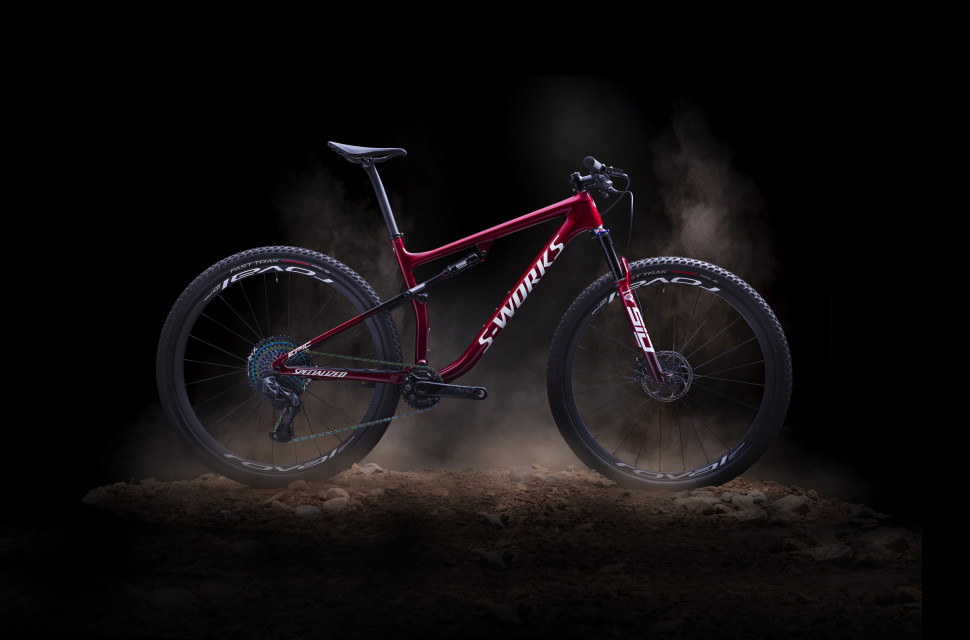 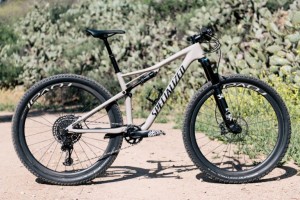 New for 2020 Specialized has unveiled the new Epic and Epic EVO cross country bikes. The Brain suspension platform sees a group-up update and the frames get geometry tweaks to make them longer, slacker and lower.

The all new Epic

The most notable change in the new Epic is the complete re-engineering of the well-known Brain system. a system that has been in play for nearly two decades mixing hard tail efficiency with full suspension capability.

For the uninitiated, the Brain uses an inertia valve that opens when bumps are detected, therefore opening the rear shock to absorb them. When the valve is shut the shock is locked out, delivering an efficient pedaling platform. It's located near the rear axle of the bike with a connection hose leading up to the shock. 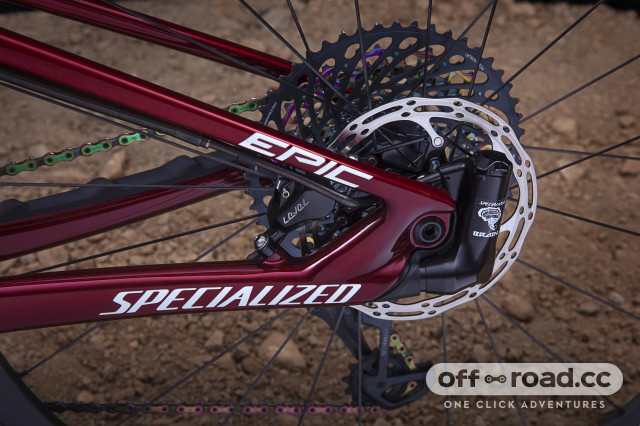 The new Brain suspension platform gets a firmer tune for even more efficiency and improved damper adjustability. Specialized says the new Brain's Rx XC tune is centred around a firmer race-tuned pedalling platform, it's more responsive to pedalling inputs and designed to translate all of the riders watts into forward motion whilst soaking up momentum-killing trail chatter.

As in 2019 it's also placed behind the rear axle, but the new design on the brain had allowed revised internals with less turbulent oil flow for a more consistent feel. The new brain also allows the repositioning of the brake calliper mount to build in more verticle flex in the chainstay. See directly below for a photo of last years  Brain hardware. 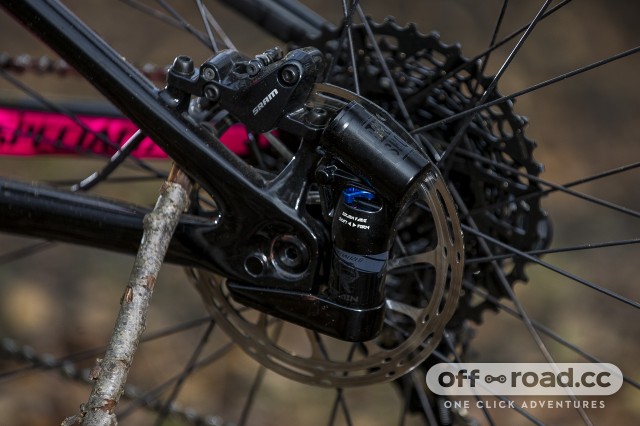 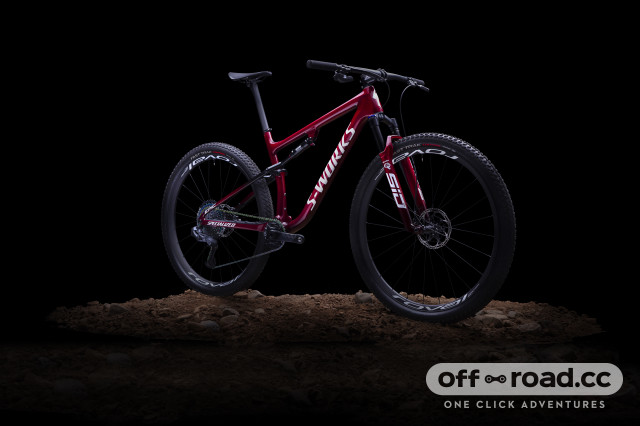 The Epics frame is made of FACT 11m carbon which is claimed to be 15% stiffer than its predecessor. The front triangle remains mostly the same to provide a balanced ride feel but the tube shape, carbon layup, and construction methods see a number of tweaks all in the name of saving weight. 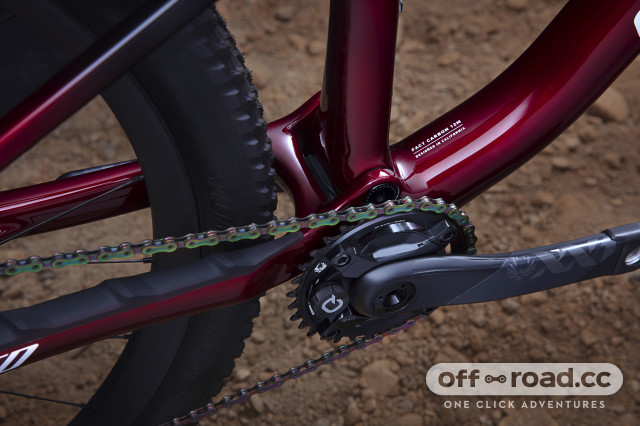 So much weight has been shed that the new Epic frame weighs the same as the previous S-Works model. The S-Works Epic gets a FACT 12m carbon frame which saves an extra 100 grams over the standard Fact 11m.

As for the geometry, the new bike gets longer, slacker, and lower to make the bike more versatile and capable of tackling the ever-changing cross country courses. The head angle sits at 67.5° matched with a 324mm bottom bracket height, that's 9mm lower than the previous iteration. On a large frame, for example, there's a 470mm reach and a 433mm chainstay. 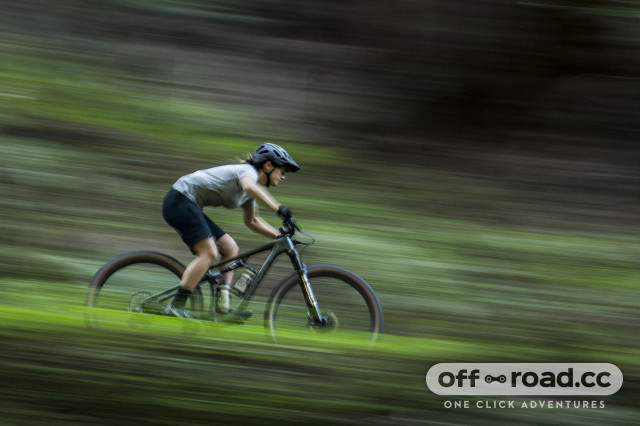 At the front, there's a RockShox SID SL Brain (the comp model gets a Reba RL and loses the Brain) with 100mm of travel with another 100mm of travel at the rear, also handled by RockShox. The bike is driven by Srams Eagle offerings, apart from the Comp model which gets Shimano SLX 12-speed shifting.

Alongside the Epic, Specialized has updated the Epic EVO. While it doesn't get the fancy Brain tech, it does get a geometry adjusting flip-chip to make the EVO a more trail friendly machine. 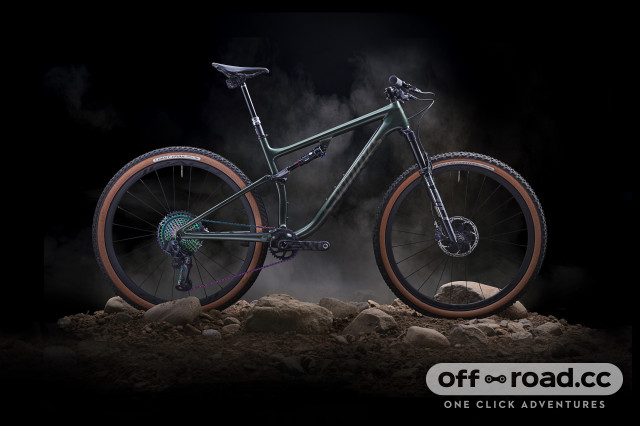 There are also some geometry deviancies that pull the EVO away from its XC focussed sibling including a 120mm Rockshox SID fork and 110mm of travel at the rear. There's also no Brain on the EVO models, this bike, along with its 110mm of travel gets different anti-squat kinematics to the Epic to ensure that it still pedals just as well. 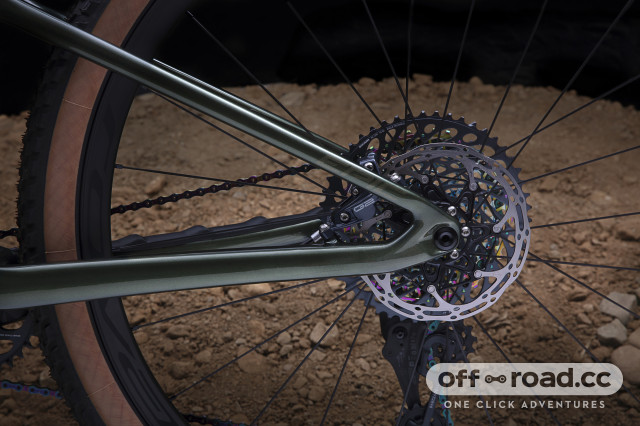 The Epic EVO gets an extra 20mm of travel up front and an extra 10mm of rear travel. The head angle slackens to 66.5°, the chainstay stretches to 438mm and the reach has shrunk to 460mm on a large. The BB is also a smidge higher at 336mm.

Thanks to the flip-chip, riders can tailor the geometry to their needs. In the high position, the head angle steepens to 67° and the BB is raised by 6mm. 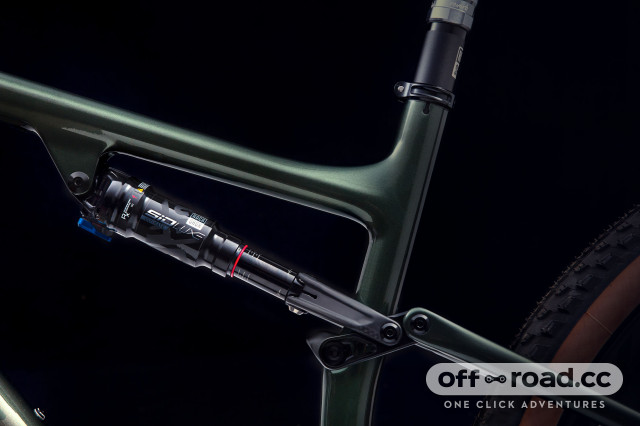 The rear also gets a 10mm boost in travel and thanks to it's RockShox SID fork, it can accommodate up to a 2.4-inch tyre (the Epic can fit a 2.3). As with the Epic, there's clearance enough for a 2.3-inch tyre at the rear. 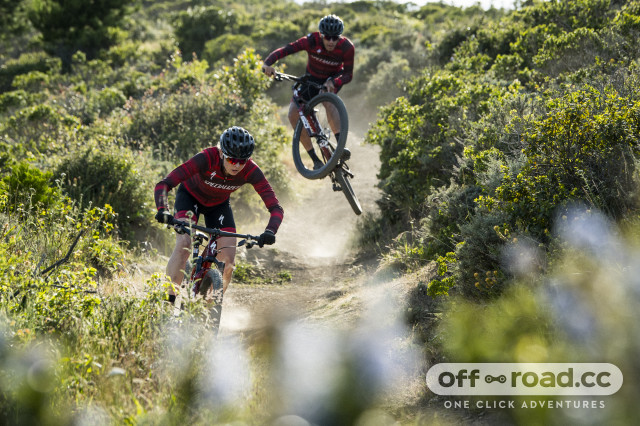 The Comp comes in five sizes, offering an XS up to XL, while the Pro and Expert offering four from S to XL. The S-Works offers even fewer sizes with only the small and medium sizes available.

Specialized has been slightly more generous with the sizes available with the Epic EVO, offering four sizes with each model. 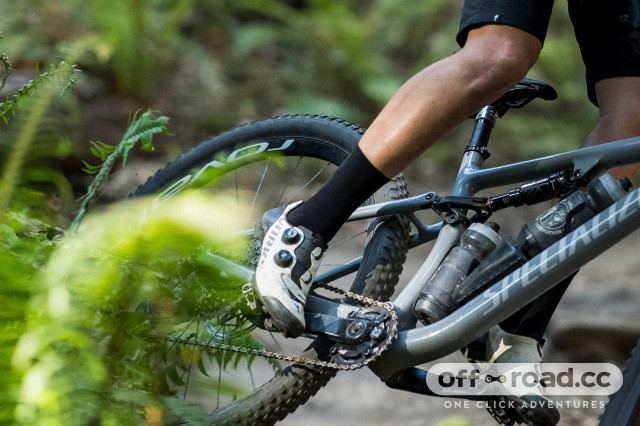 The EVO also gets a frame only option which will set you back £3,500.