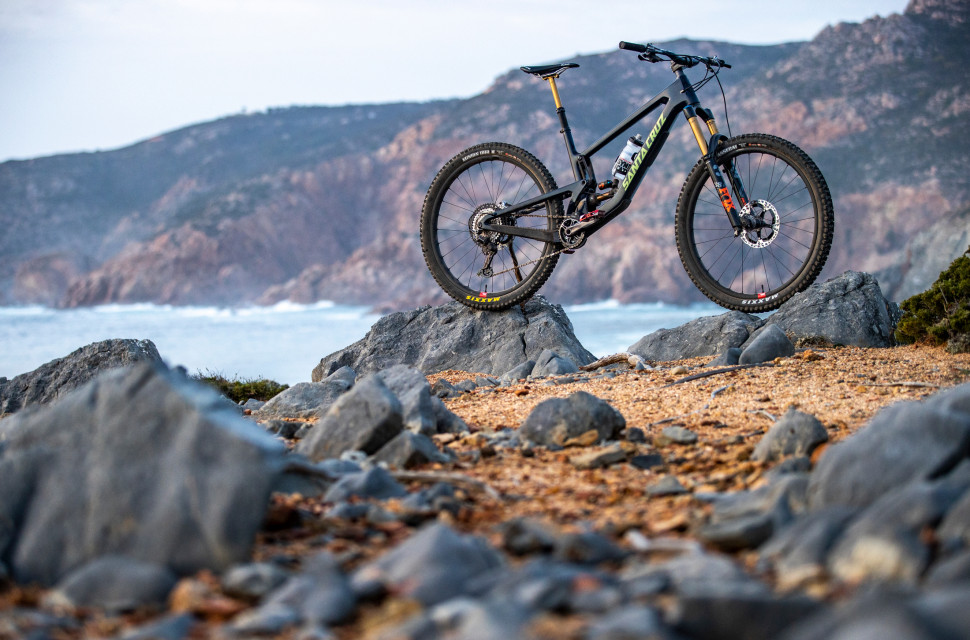 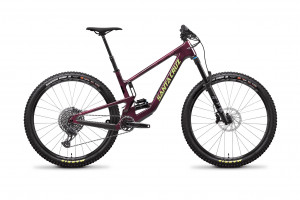 Santa Cruz's Hightower gets refreshed for 2022
New bike gets updated geometry, a Glovebox and suspension improvements

Santa Cruz has given the Megatower a long-awaited update. For 2022, the long travel 29er gets bigger and badder, says the brand, as it's now kitted with an adjustable geometry, a lower leverage shock rate, and more travel. Santa Cruz reckons that this is the ultimate privateer race bike.

Upon release, the Megatower took everything we loved about the Hightower and boosted its travel to make it an enduro machine. This iteration begins to step away from its humble beginnings as its travel gets lengthened further to 170mm at the front and 165mm at the rear. However, the squish at the rear can get even bigger thanks to the geometry adjusting flip-chip. Not only does it slacken the bike's angles but it can make space for a longer 65mm stroke shock that'll give the Megatower's rear end 170mm of travel. 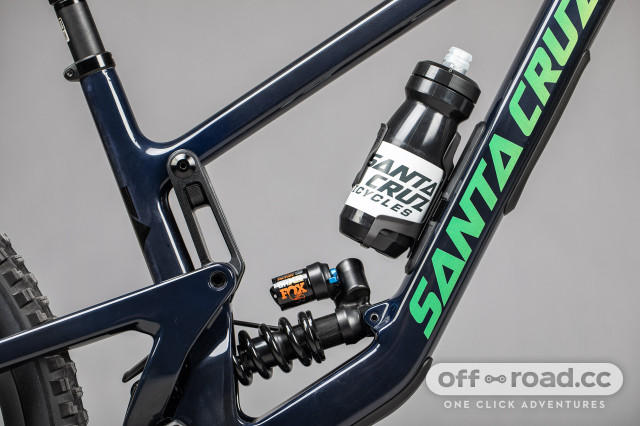 On the subject of that flip-chip, if you're happy with the 165mm at the rear, it can slacken the angles by 0.3° and drop the bottom bracket by three millimeters. At its lowest, the Megatower is sorted with a reasonably slack 63.5° head tube angle, a respectfully steep 77.5° seat tube angle and a large frame gets a 472mm reach.

As for its chainstay, it stretches throughout the size range with the rear centre measuring in at 437mm on the smallest frame, which then goes up to 448mm. That's with the bike in its LO position. Santa Cruz has done this with the aim of keeping the ride characteristic the same for all riders, regardless of the size bike you choose.

Going back to the suspension kinematic for a second, the brand has lowered the Megatower's overall leverage rate by kitting it with a longer 62.5 stroke shock as standard (giving the bike 165mm of travel). Santa Cruz says that this provides more damping support for aggressive riding. Then a straighter end stroke is said to improve bottom-out resistance. The brand reckons that with these changes, the Megatower offers V10 (Santa Cruz's downhill bike) like performance but in a package that's happy to be pedaled about. 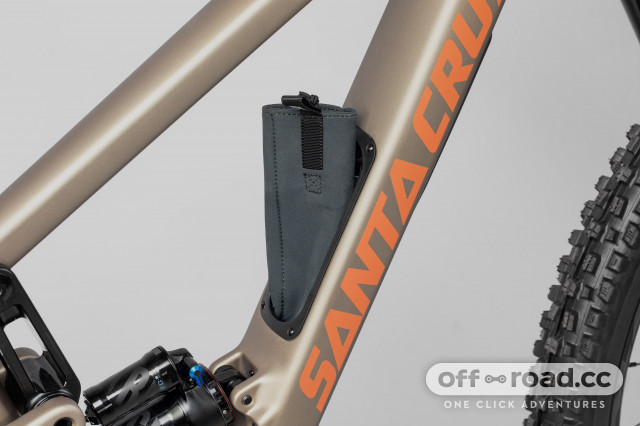 The Megatower comes with a feature that's been unseen on all of the brand's previous bikes. That comes in the form of the Glovebox. It's internal storage located on the downtube that can become home to whatever you like. Out of the box, it comes with a Tool Wallet and Tube Purse, both of which can be rolled up and stuffed into the cavernous Glovebox. The storage solution is accessible through a door that also makes a home for a bottle cage, though one isn't included. 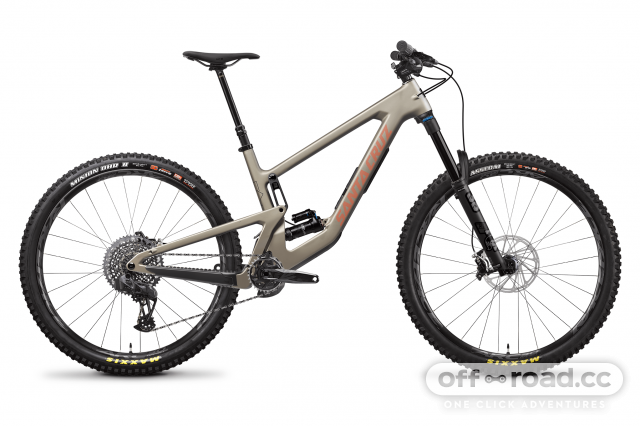 Other features on the frame are post mount brakes with 200mm rotors, a threaded bottom bracket and Boost 148mm spacing with a maximum tyre width of 2.5". As expected from Santa Cruz now is that this bike comes with the brand's lifetime bearing warranty and if you pick a build with Reserve carbon rims, they're covered with a similar warranty too.

Build kits start off being specced with Rockshox suspension with a ZEB R fork and Super Deluxe Select shock, a SRAM NX Eagle drivetrain, and Raceface AR 30 rims on SRAM MTH hubs. Go right to the top of the range and the bike is graced with RockShox Flight Attendant tech on the ZEB and Super Deluxe shock. There's then SRAM's XX1 AXS wireless shifting and Reserve 30 carbon rims laced to Industry Nine Hydra hubs.

Prices for the new Megatower start at £5,500 and go up to £9,700 with prices TBC on the highest level Flight Attendant model.