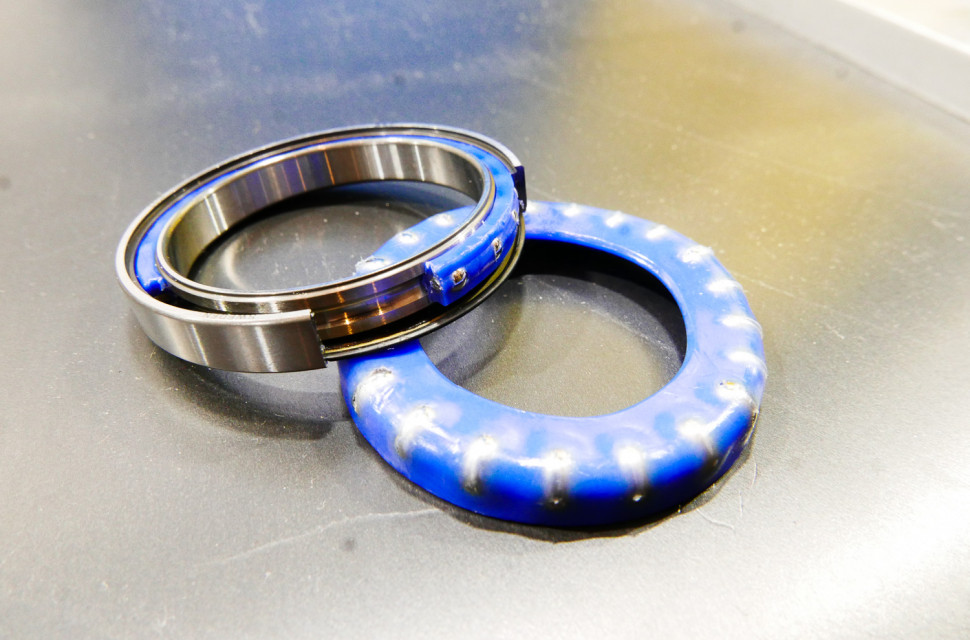 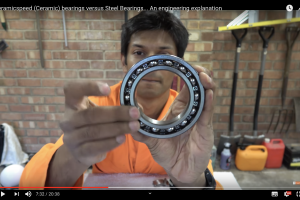 9 of the best bits from Core Bike 2018
Waterproof onesies, electric Rohloffs and much, much more

If there's one thing a ball bearing really does not like, then it's having grit and water pushed inside them. While seals and grease do an awful lot to keep out the filth, SKF's new MTRX bearings are completely filled with a solid lubricant, hugely reducing the chance of contamination. Cane Creek has been working with them to create bicycle-specific bearings that could hugely extend the life of bottom brackets and headsets.

Cane Creek will be offering a number of headset and bottom bracket bearings that use SKF's MTRX 'Solid Oil' filling. In a normal bearing, the spaces between the balls of the bearing, their retaining cage and the outer lip seals are usually packed with grease. This helps lubricate the bearing, but harsh treatment such as riding through water or jetwashing can flush out the grease, allow dirt in and rapidly accelerate the wear of the bearing.

SKF's technology comes from industries that require bearings to work in dirty environments or where contamination can cause serious issues, such as the food processing industry. All of the internal space is filled up with a solid lubricant, so there's much less chance for grit to get in between the races and the balls, where it causes damage and wear - though the bearings still have external seals.

Currently, Cane Creek has worked with SKF to create a range of bearings that work in their 30mm axle bottom brackets, but they'll have Shimano 24mm and SRAM's DUB standard compatible bearings soon, plus a range of headset bearings.

Of course, there's no such thing as a free lunch and there are downsides to the solid lubricant bearings. First up is the expense - at £120 or so for a bottom bracket, they aren't cheap - but there's also a significant trade-off in terms of greater friction.

Cane Creek know that this means they aren't for every application or every rider - the higher speed rotation of hubs bearings mean they'd have significant drag - but for lower speed applications such as bottom brackets or headsets they reckon there are plenty of riders that'd trade a bit of extra friction for being able to clean their bike without worrying about killing bearings.

Other applications are in the works - pivot bearings are a consideration - but we're really rather keen to try them out in the real world.

What happened to the ADB grease free bearings

My bikes get plenty dirty but I've never needed a jet wash.

Manufacturers should also make the effort to not skimp and to seal the bearings well in the first place.

Or just service your bike regularly?

I asked my dad about these, until last year when he retired he'd worked at SKF for more than 40 years, apparently the point about friction in the hubs is kind of valid, but in percentage terms it's unlikely to be very noticeable, especially vs a set of bearings that are 6 months old+.

What happened to the ADB grease free bearings