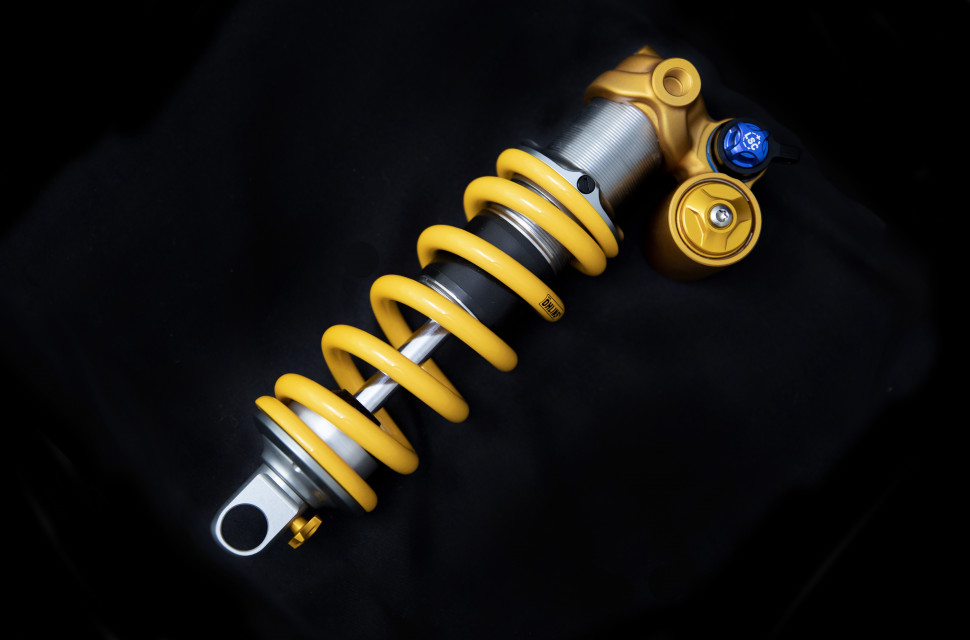 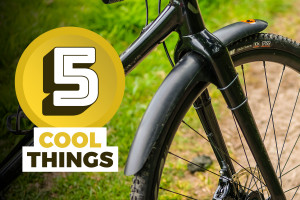 Öhlins has announced the new TTX22M.2 coil shock. With the new damper, the brand has taken the original TTX22M and built upon it, adding a range of new features with the aim of making it an even more capable damper for gravity-fed riding.

Öhlins has designed the latest iteration of the TTX22M to improve its bottom out performance with a freshly designed bump rubber which also sits in a new cup. The brand says that this new design improved mid to end stroke control thanks to earlier engagement and more consistent support. As expected, the new rubber lowers the risk of harsh bottom outs which may affect a rider's control of the bike. 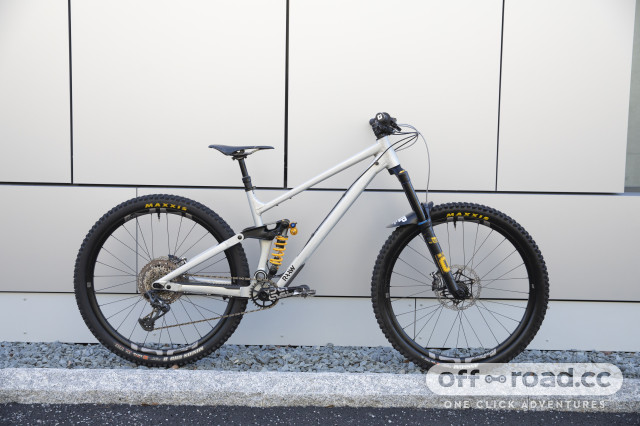 It's said that this bump rubber effectively acts like a spring, helping the shock rebound to full travel after big hits in a quick but controlled fashion. It's also promised that this shock's leverage curve will improve the performance of less progressive suspension platforms. 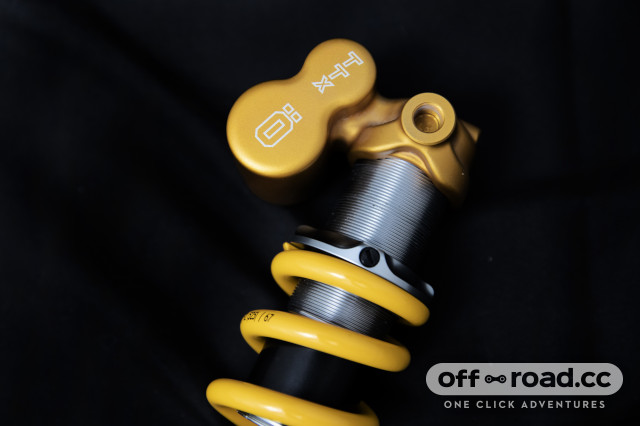 The TTX22M.2 comes sorted with the ability to change its stroke length by adding or removing 2.5mm washers found underneath the bottom out bump rubber's cup. Öhlins says that this can be done without special tools or disassembly of the shock at all. The shock has also been designed to offer easy spring swaps by unwinding the preload collar and removing the spring seat lock ring.

As for adjustments, it's all the same as the previous shock but the blue compression dial now gets a wider range. This extended range now adds more pedaling support when the adjuster is flicked into the pedal mode. The gold DH compression valve remains exactly the same as Öhlins feels that it's already been perfectly optimized for its intentions. 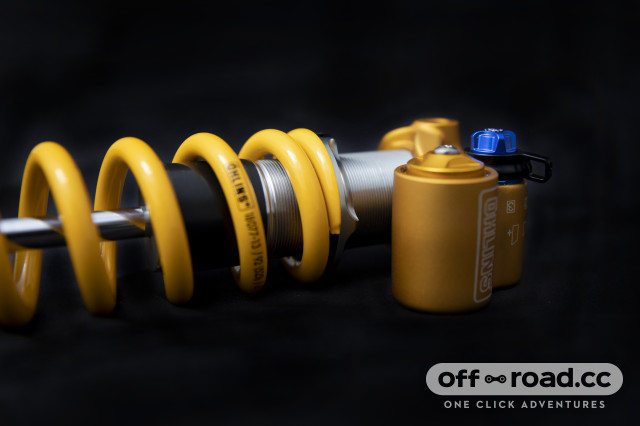 Finally, two new cylinder heads have been designed for the shock to help it fit into more frames. These heads come with either Trunnion and regular shock mounts and it now features a side-by-side reservoir design, making it smaller and ideal for frames that are tight on space. The Trunnion-mount models also come with inline reservoir options.