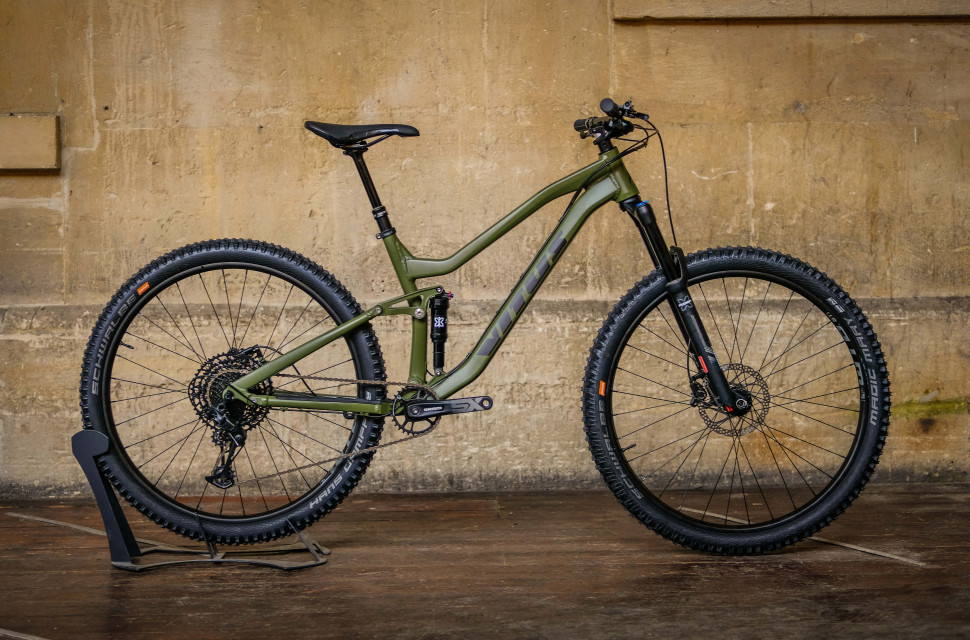 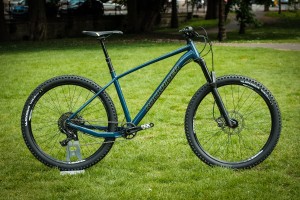 First Look: 2019 Vitus Sommet 27 aluminium enduro bike
We take a look at the base level Sommet 27

29er wheels, tick. Plenty of suspensions, tick. A dropper post, tick. 12 speed drivetrain, tick. Sorted geometry, tick. Withing budget, tick. The brand new Vitus Mythique ticks a lot of boxes and seeing as good value trail bikes are right up our street at off-road.cc we got the 29 VRS version in for review. Here's a first look ahead of our test time.

The Mythique is a new line of trail bikes from Vitus, there are three spec options for the 29er and three for the 27.5" bikes. All of which are on the more affordable end of the scale, the most you can spend here is £1599.99 on the Mythique 29 or 29 VRX. The bike gets red Marzocchi Bomber Z2's, a Rockshox Monarch R shock and a SRAM SX drivetrain. 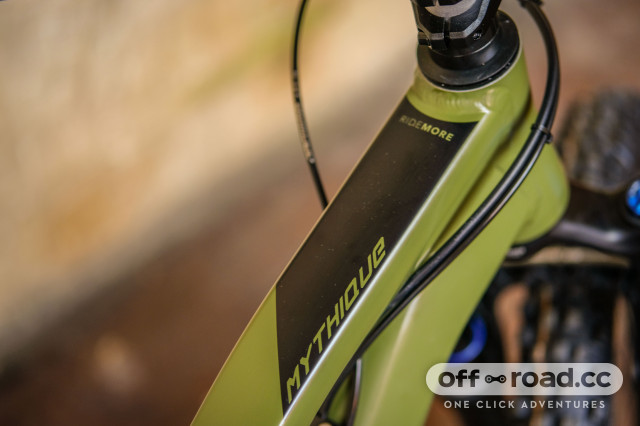 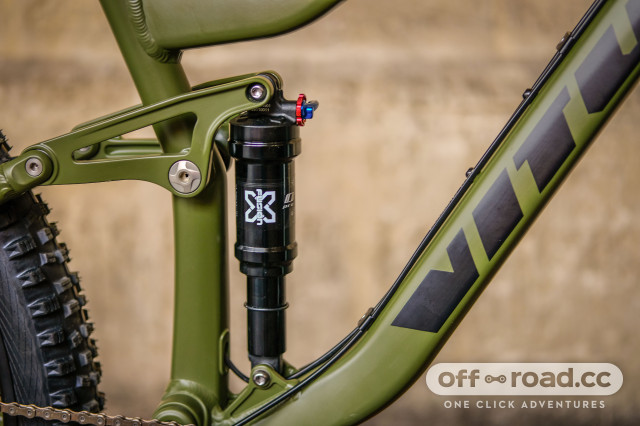 The bike we have here is the middle of the range bike, it costs a penny under £1,450 and looks well specced for the money considering this has both front and rear suspension. The cheapest bike in the range is the Mythique 27 or 29 VR at £1,249.99, those bikes both get 130mm of travel at the rear (130mm fork also) rather than the 140mm as per the rest of the range. 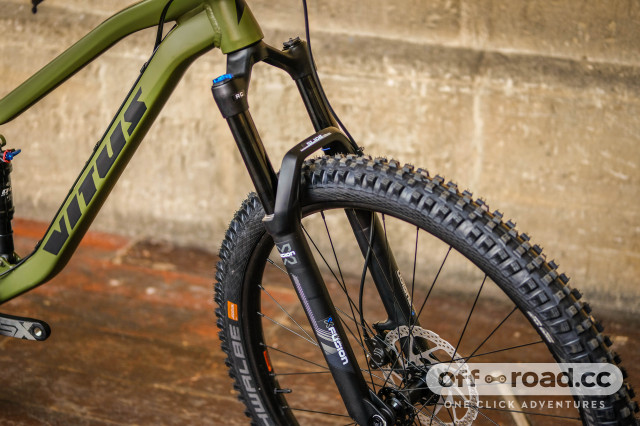 Our Mythique 29 VRS comes only in this matt camo green colourway, it's not our favourite colour but it looks smart enough decked out with all black components. The bike has a horst link rear suspension linkage and features an X-Fusion Slide Boost RC 140mm fork and a matching X-Fusion 02 Pro rear shock. The fork has 34mm stanchions and allows the rider to tune low speed compression and rebound and the shock has a two-position compression adjustment (which will feel like open or closed) as well as a rebound damping dial. 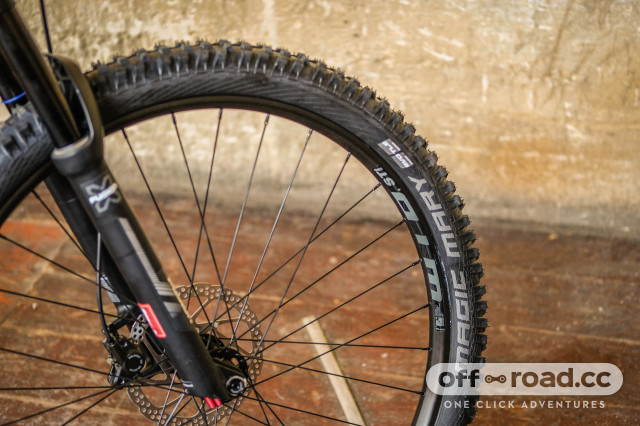 Both front and rear end are boost so there is, of course, a boost wheelset in the form of WTB ST i30 rims with Vitus own brand hubs. The rims are shod with Schwalbe tyres front and rear, an aggro Magic Mary up front and a Hans Dampf at the rear. Both are 2.35" wide and they both get the orange labelled Addix Soft compound for increased traction over something faster rolling like the blue Speedgrip compound. 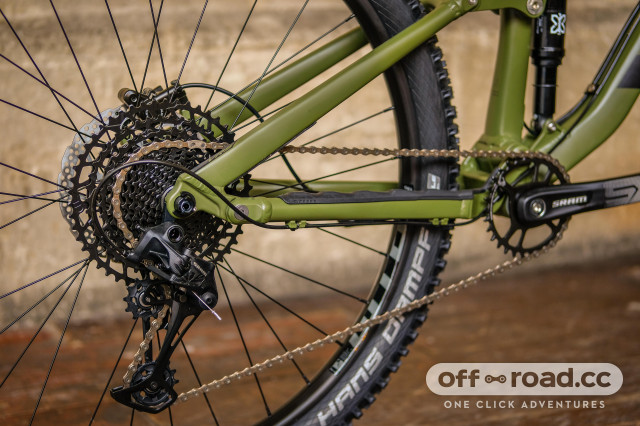 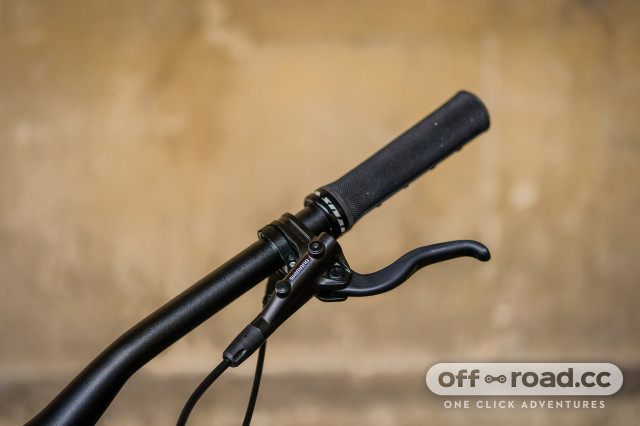 The bike gets the ever popular SRAM SX Eagle 12 speed drivetrain. It's the version with the Powerspline bottom bracket rather than a DUB one and is teamed up with 170mm cranks and a 32t chainring. To stop the bike is fitted with Shimano MT401 brakes with 180mm rotors much like the Giant Trance 293 I recently tested. 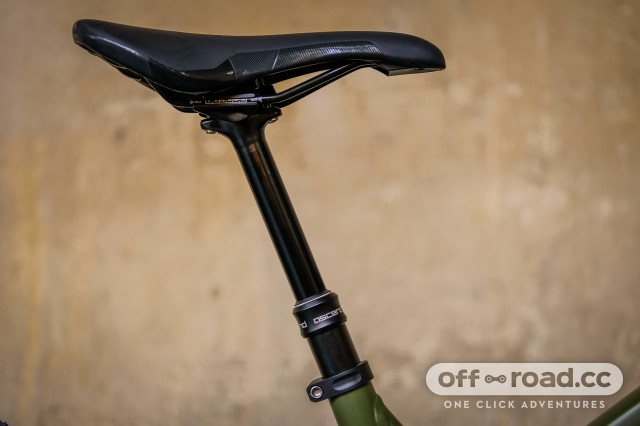 The seat post installed is a Brand X Ascend dropper with 125mm of travel on this medium bike. The small sized model gets a 100mm dropper whilst the large and XL get 150mm posts.

Finishing kit comes from another Chain Reaction Cycles brand Nukeproof. There is a stubby 45mm stem, 780mm wide bars on this medium and a Nukeproof Neutron saddle. Vitus has also bothered to alter the bar width for different sized bikes. a little unnecessary given cutting them down is a relatively simple job but for newer riders or those less well versed in mechanics, it'll be more straightforward to get on and ride straight away.

Elsewhere there is external cable routing down the upper side of the downtube for all cables aside from the internally routed dropper. Lastly, Vitus is yet another brand adopting the Specialized 'esque ridged chainstay protector to quieten chain slap. 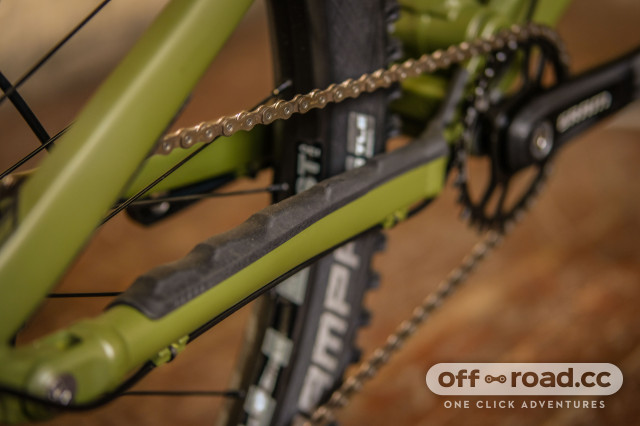 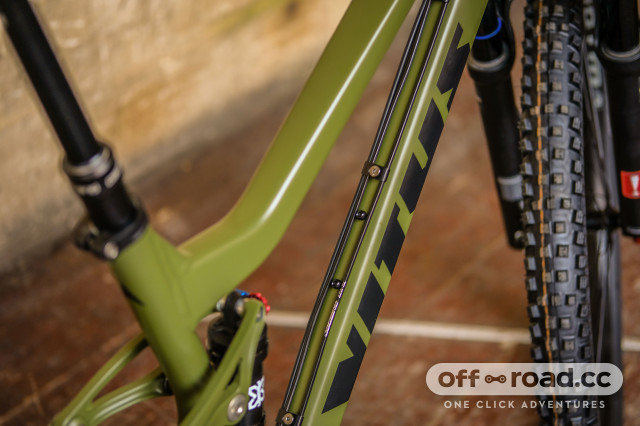 The geometry looks pretty progressive, another reason, aside from the price that we wanted to get on board this bike. The medium size we have here has a roomy reach of 444mm, a head angle of 66 degrees, an effective seat angle of 75.7 degrees, a long chainstay of 445mm and a wheelbase of 1200mm. All of which we reckon will add up to a stable bike that climbs well too. You'll have to wait until we ride and test the bike to get the low down on that though. Check back soon for a review, in the meantime, more info is here on the Vitus website.