Skip to main content
Log In Register
We've got Scott's enduro-ready 29er in for test, here's a quick taster ahead of its full review 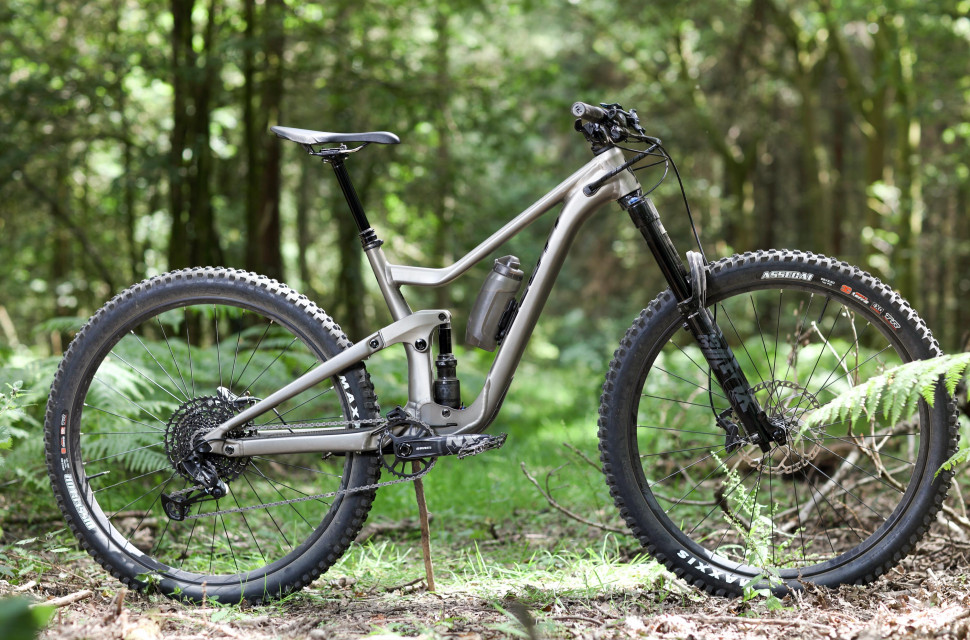 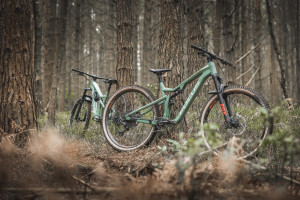 Fresh in for testing, and our new Editor's first off.road.cc test bike, is the Scott Ransom 920. It comes with a host of cool tech, including the Twinloc remote that has become expected on Scott's bikes and it's sorted with a fairly aggro geometry. It can also accommodate either 650b or 29" wheels. Read on for all of the juicy details.

Kicking off with the heart of the bike, the Scott Ransom 920 is built around an alloy SL 6011 custom butted frame and its suspension is delivered with Scott's VLK Virtual 4 link kinematic. 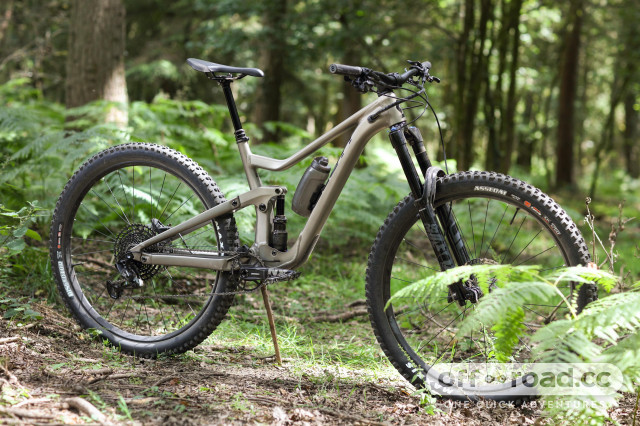 At the rear, there's clearance for up to a 650b x 2.8", or a 29 x 2.6" tyre, and allowing for the swappable wheel sizes is a flip-chip. The aim of the flip-chip is to keep the bottom bracket at a similar height with either wheel size installed. However, that's not its only purpose, as it also adjusts the geometry, we'll get onto that in a little bit. 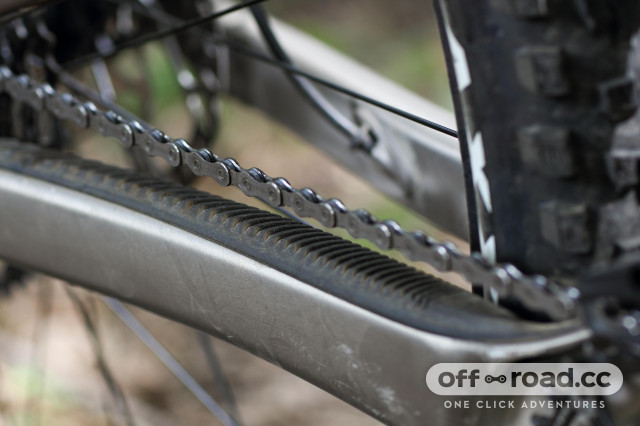 Scott has taken frame protection pretty seriously with the Ransom, as a result, it's sorted with a downtube protector that runs under the bottom bracket and along the downtube. You'll also find a noise-damping chainstay and seatstay protector to keep everything nice and chain slap free. 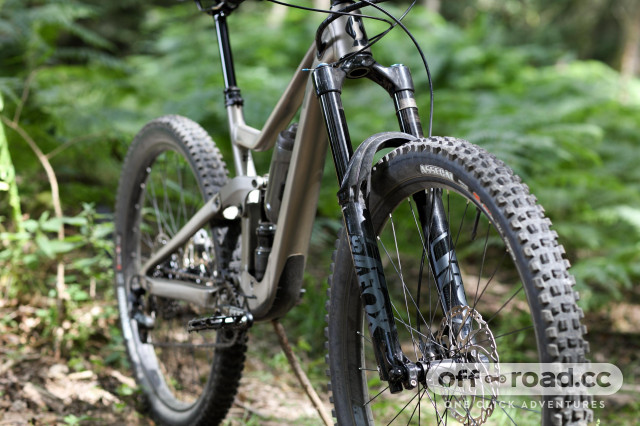 Moving onto the Ransom 920's spec, it's recruited a chunky Fox 38 Performance to handle 170mm of suspension at the front. Handling the rear 170mm of squish is a Fox Nude T EVOL. 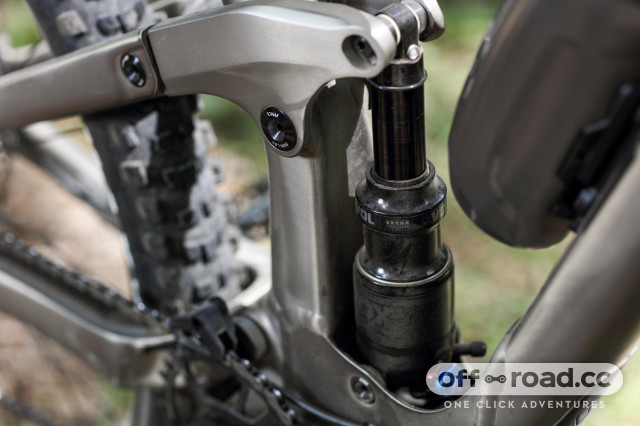 As expected from a Scott bike, the Ransom gets the TwinLoc remote that locks out the suspension at the flick of a switch but it's much more sophisticated than a humble lockout. TwinLoc allows the rider to change the compression damping and the spring curve, dynamically altering the geometry of the bike. 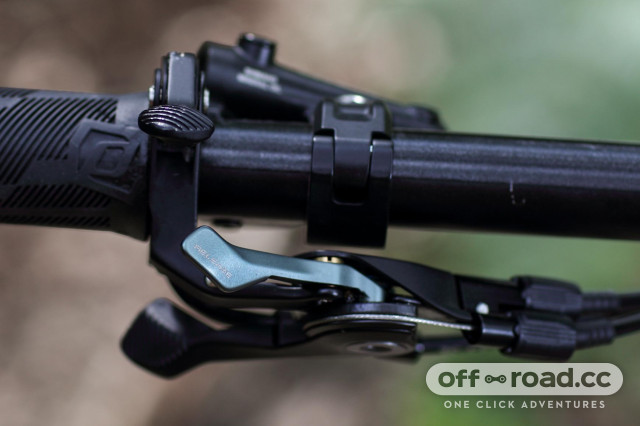 The lock-out mechanism offers three modes. In Trail mode, the shock firms up to offer less travel. This makes the bike sit higher, maintaining a steeper seat angle which is ideal for climbing, and it's claimed to become more agile. Then, there's a full lockout and of course, a fully open mode. 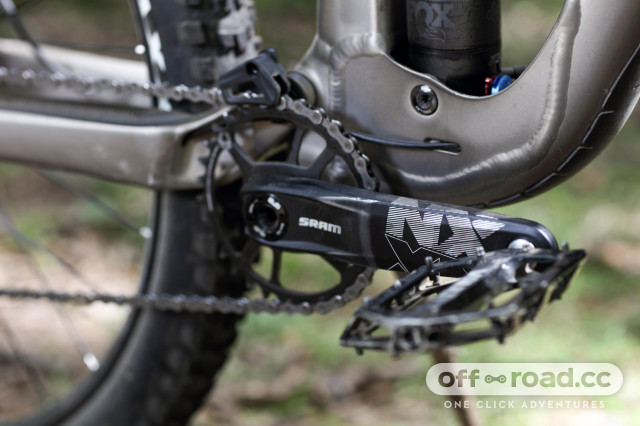 Then, this bike is driven by a SRAM NX Eagle 12-speed drivetrain but as a bit of a curveball, Scott has kitted the Ransom 920 with a pair of Shimano M6120 four-pot brakes. With those, it gets a 203mm rotor at the front and a 180mm rotor at the rear. 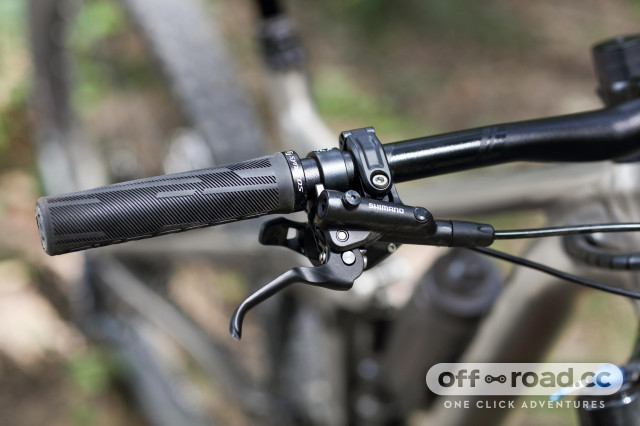 Onto the wheels, they're supplied by Scott's in-house brand Syncros in the form of the Revelstoke 2.5 6 Bolts. They come built with a 30mm internal width and at the rear wheel, you'll find a neat multitool. 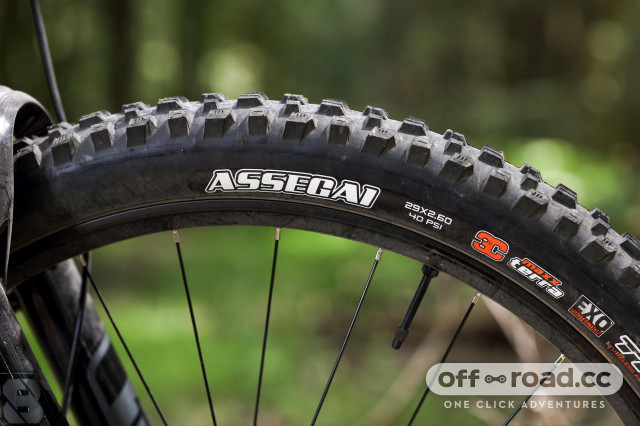 Those wheels are then wrapped with a 2.6" Maxxis Assegai with an EXO casing and 3C Maxx Terra compound at the front. At the rear, there's a 2.6" Maxxis Dissector with the same compound but a slightly burlier EXO+ casing. 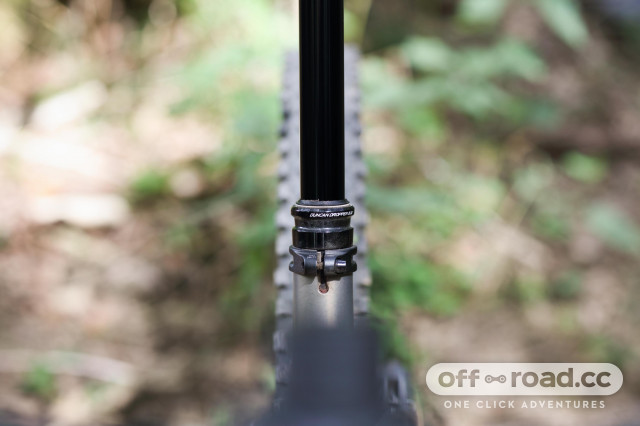 Finally, the finishing kit, like the wheels, comes from Syncros and you'll find a Syncros Duncan 2.0 dropper post with 150mm on this medium frame. Small frames come with a 125mm post, then large and extra-large frames get 170mm of drop. 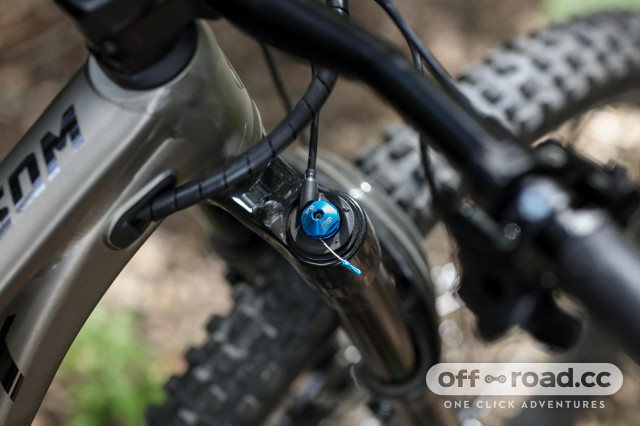 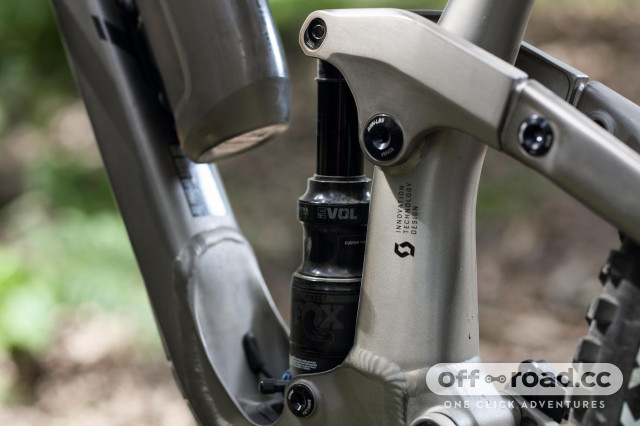 That's a taster of Jessica's new test bike and now it's over to her to put the Scott Ransom 920 through its paces to see if it can really live up to its do-it-all claims. Be sure to keep your eyes peeled on the site for a full review coming in a few weeks.