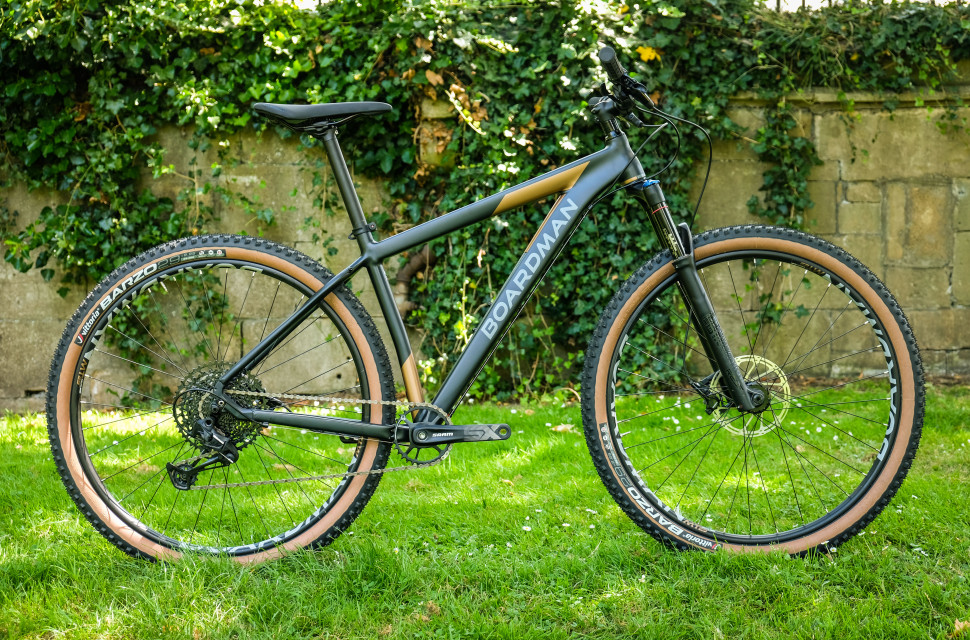 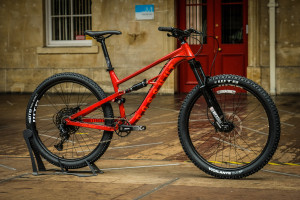 Boardman Bikes have a range of new hardtails due to be released in September, updating its MHT lineup. We took a closer look at the MHT 8.9, a sub £1,000 hardtail with 12 speed SRAM SX and a host of other good spec choices.

Last week we brought you news of Boarman's new 29er full suspension bike, we managed to have a good look at that bike and the new top of the range MHT 8.9 when the brand visited us last week. 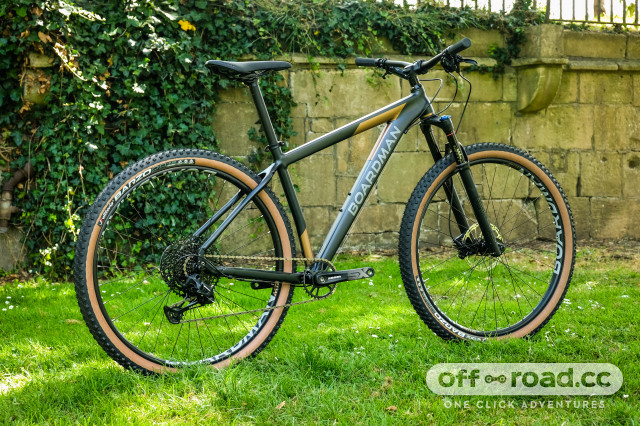 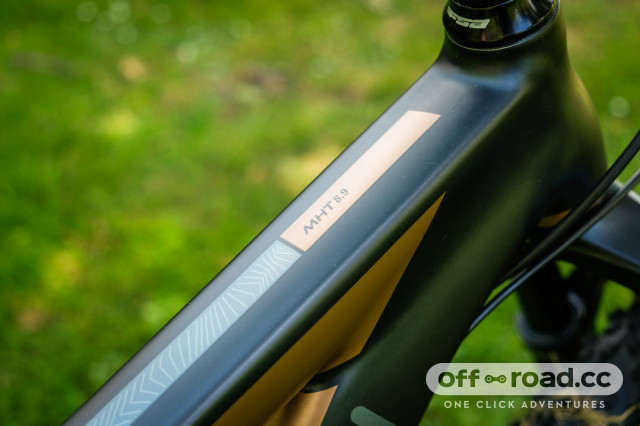 The MHT 8.9 is a 2020 model which will be available to but in early September, through Cycle Republic and Halfords shops. 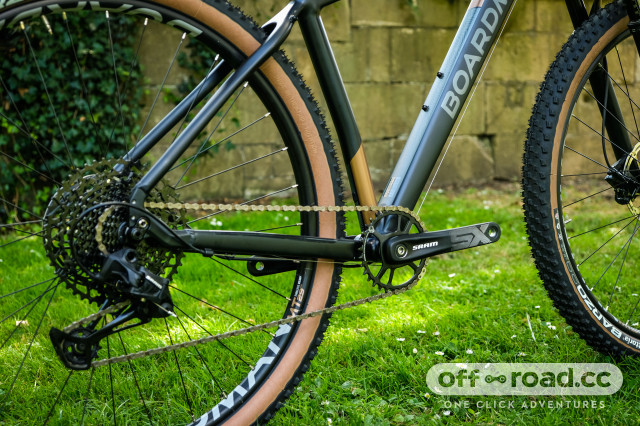 Boardman says they are building on the success of last year’s MHT range with updated specs for 2020 to feature the new SRAM’s SX Eagle 12 speed groupset which offers a huge range of gears at a much lower price point than has previously been available. SRAM SX gets an 11-50T cassette with a 32T chainring and the same brand cranks. 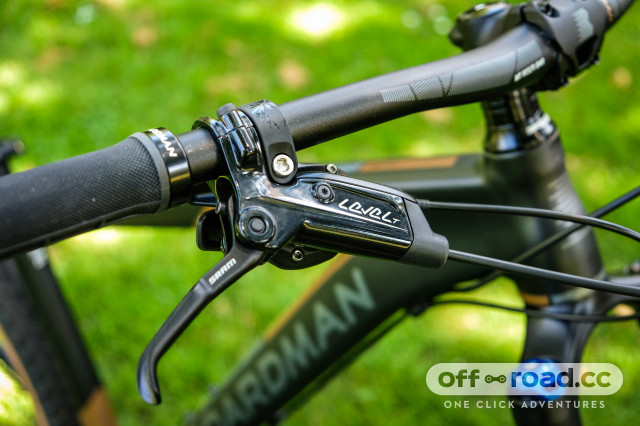 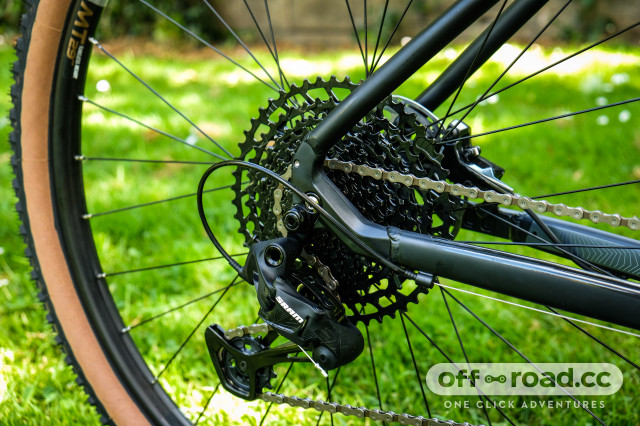 Other spec updates include the use of SRAM Level T brakes to match the new SRAM drivetrain and new Boardman MHT 29 wheels which feature some rather good looking graphics and are also 5mm wider than the rims used last year at 25mm internal width. 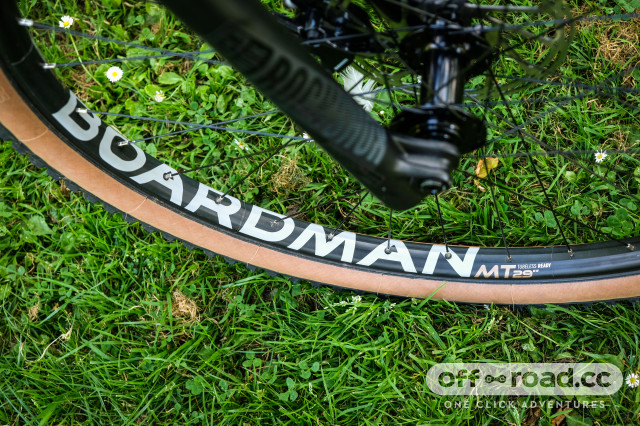 Boardman are sticking with the Vittoria Barzo TLR tyres but this time using the Graphene 2.0 compound with tan walls. It's worth noting the tyres on the bike we showed you have the old Barzo labels on as they were a pre production sample. The tyres measure 29x2.25" so they are on the narrower side of things but given the 25mm rim width and tyre clearance available we think you'll be able to fit something wider in there if you wanted. The bike also keeps the Rockshox Reba RL fork with 120mm of travel. 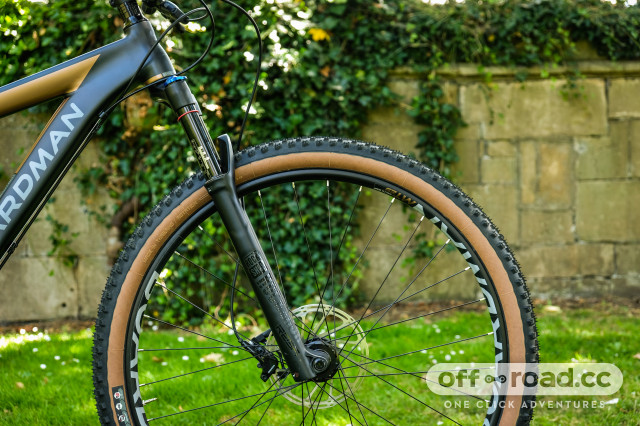 Geometry and the frame itself stays the same as last year, Boardman says "the MHTs are designed to be fun, fast trail hardtails perfectly suited to UK trail centres and sessions in the local woods. With a 68 degree head angle and a 441mm reach (size large), they aren’t trying to be super “progressive”, but they’re intended to cross the bridge between all day cross country mile muncher and a fast and fun trail centre hardtail, rather than to be thrown down super steep and technical enduro runs. We think the geometry offers a great blend of speed and agility, making them accessible to all levels of rider." 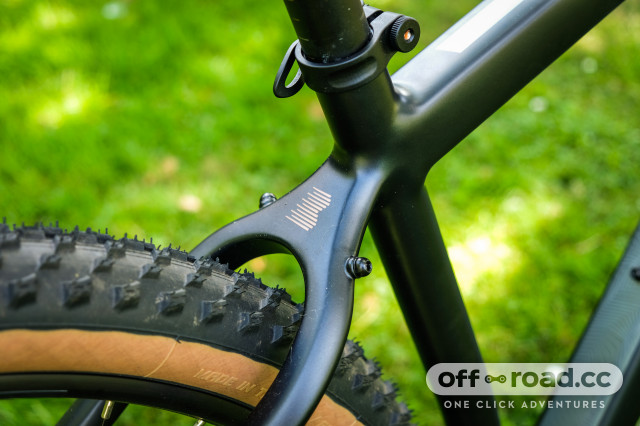 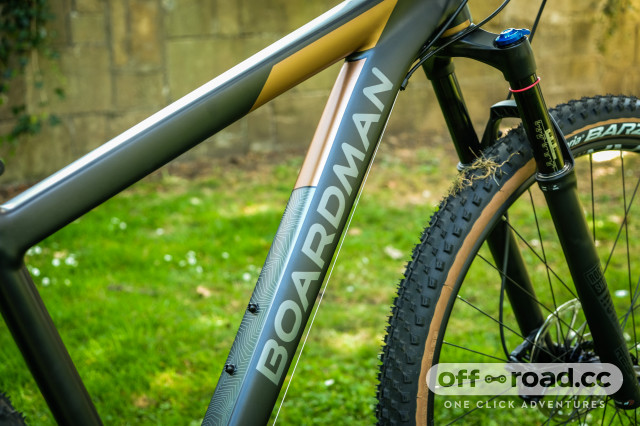 Alongside the MHT 8.9 is also an 8.8 model which comes in at £850 and a women's version fo the 8.8 with a 27.5" wheelsize. The MHT 8.8 bike gets Rock Shox Judy Silver with 120mm travel, it also gets SRAM SX but this time with Shimano MT400 brakes. The women's 8.8 get the same spec as the men's but will 27.5" wheels on all sizes, there is no XL size for women and the size small is smaller than the men's small bike. There are some geometry differences too for women, the effective seat tube angle is steeper on the larger sizes of bikes, the effective top tube is shorter (likely due to the effective seat tube angle) and the chainstays are 10mm shorter at 425mm. There is no reach figure listed on the women's bike geometry chart so we can't directly compare this. 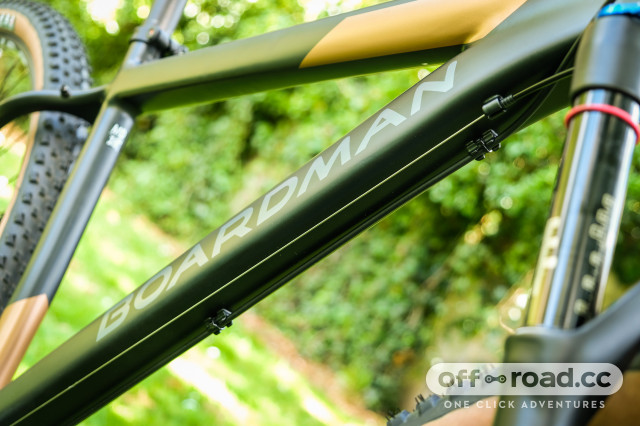 We didn't manage to test last years MHT 8.9 but we will be testing this 2020 model. We really liked the full suspension Boardman MTR 8.9 we tested last year, giving it top marks of 5 stars so we have high hopes for the crop of new hardtails!

Keep an eye out here for the new bikes to be listed - www.boardmanbikes.com