Skip to main content
Log In Register
Vibration damping bar and a rubber fest here at off-road this week..... 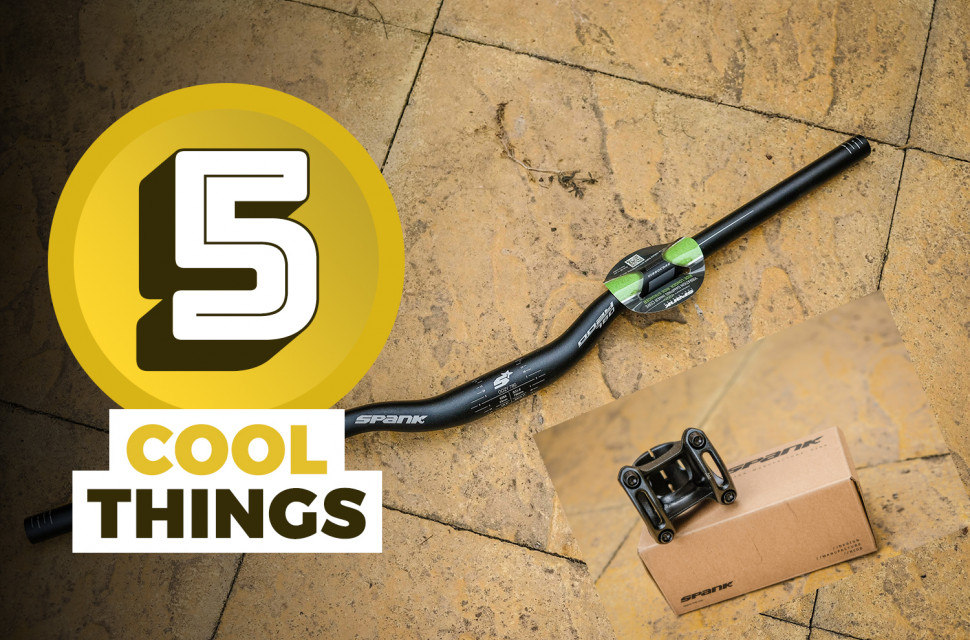 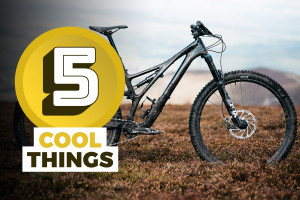 The home office is full of wall to wall rubber this week, as we go on the hunt for grippy and fast rolling summer tyres for cross country, trail and enduro bikes. To change things up a bit there's also a Spank bar and stem with the handlebar featuring the vibration damping Vibrocore tech. Dig in.... we hope our test tyres will.

Last week we showed you the 'regular' Verdict, an aggressive tyre for both dry and loose and wet and loose conditions. Now is the turn of the Verdict Wet which we have in on test in the same size and casing as the regular Verdict for back to back comparison. 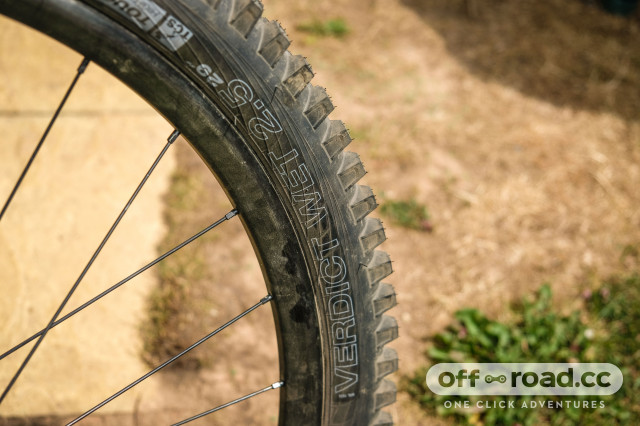 WTB says the wet version is designed for wet (obvs), sloppy off-camber corners and chundery descents. It gets all the same tech as the Verdict, including WTB's 'TriTec' rubber which means the entire tread pattern is supported by a base of high durometer rubber which then transitions halfway up the knobs to use a softer compound this is meant to increase support and reduce 'knob flex'  under load for want of a better way of putting it. 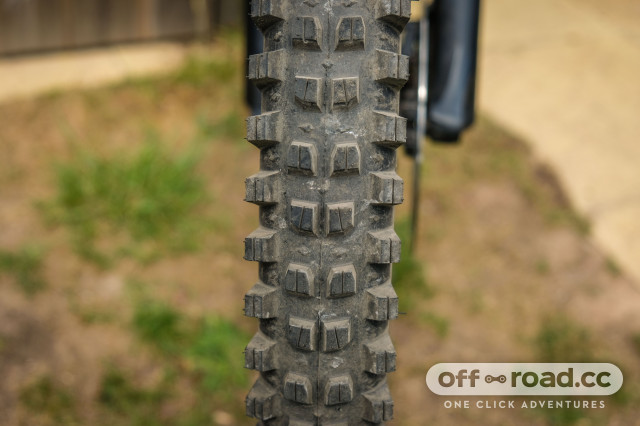 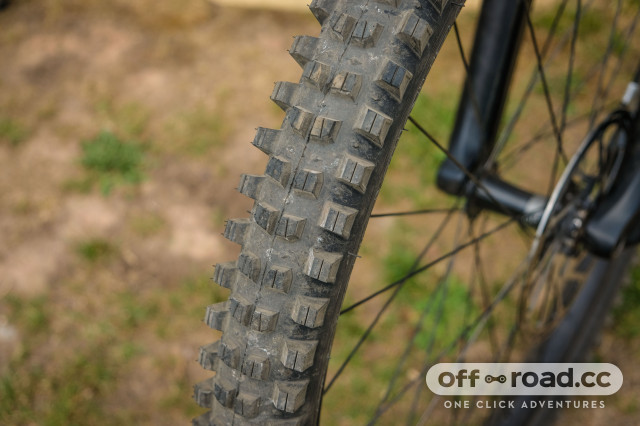 This tyre is the Tough High Grip version which is a dual ply tyre meaning there is no 'Slash Guard' tech, that choice isn't available for the Verdict Wet, this is a dual ply only tyre. in the 29er guide is weighs a claimed 1,332g.

After our Jon admitted loving the Spank Spike 35 Vibrocore bar (and giving it 5/5 in review) we thought it was high time we tested the vibration damping bars in a more trail orientated guise. The bars are injected proprietary foam called Vibrocore™ which is said to provide vibration damping to reduce arm pump and hand-numbness. Jon said he felt a noticeable reduction in hand fatigue when he tested the burly downhill bar with the same tech so hopes are high for the slimmer 31.8mm variety with a 25mm rise and a 7 degree backsweep. 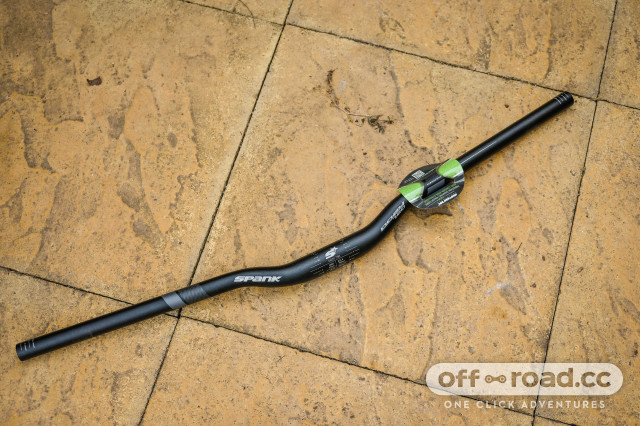 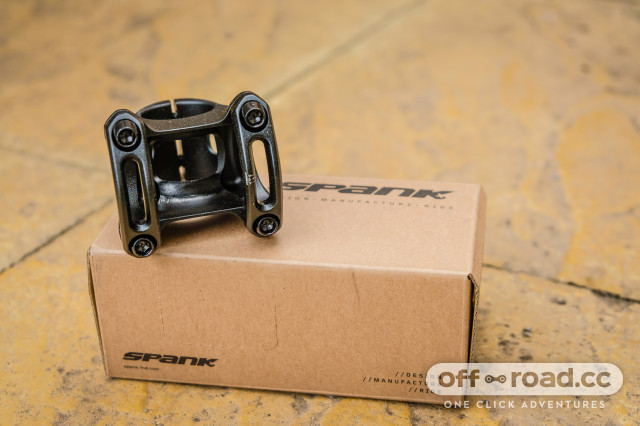 The Slaughter is a fast rolling rear tyre from Specialized built, no doubt, to rival something like the Schwable Rock Razor. The centre tread is low, providing a faster rolling tyre, whilst the outer shoulder knobs remain high for better grip through corners. Our test tyres has the trail orientated GRID casing with the brands Gripton compound in the tread. This 29x2.3" tyre weight in at a claimed 860g. It's not the newest tyre on the block but it'll be great to see how it compares to other fast-rolling summer tyres in a 'best of' guide coming soon. 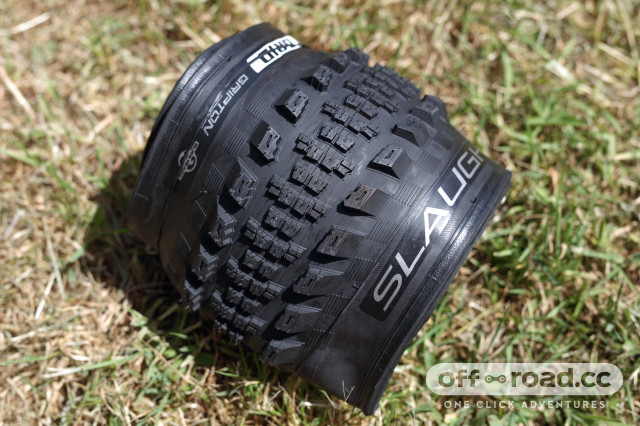 Another faster rolling tyre from Specialized, the Eliminator is designed to  have a well-balanced tread pattern that the brand says has the 'bite of a downhill tyre, but also brings the manners to handle well on hardpacked trails'. This one gets the new and slightly burlier GRID TRAIL carcass, the brand now using the (tougher than GRID) GRID TRAIL and the even heavier BLCK DMD casing over their range. This 29 x 2.3" tyre weighs in at a claimed 890g. 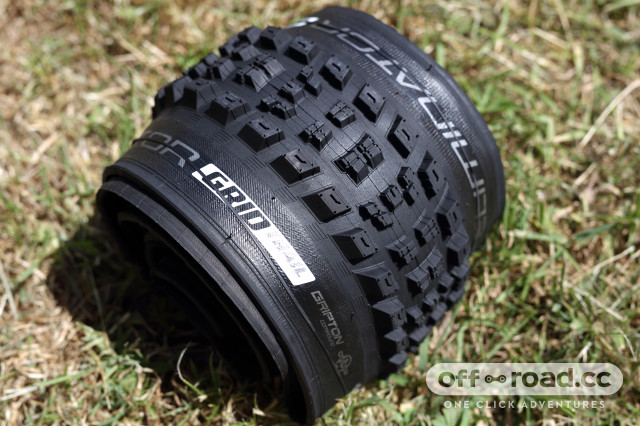 Next up are cross country race tyes from Hutchinson. Light and fast rolling these two tyres are for XC shredding. Developed to be fast and agile whilst still being able to be run at lower pressures the Skeleton comes in 2.3 and 2.15" diameter and weighs in at 670g whilst the Kraken is a 2.3" tyres and weighs a claimed 800g. 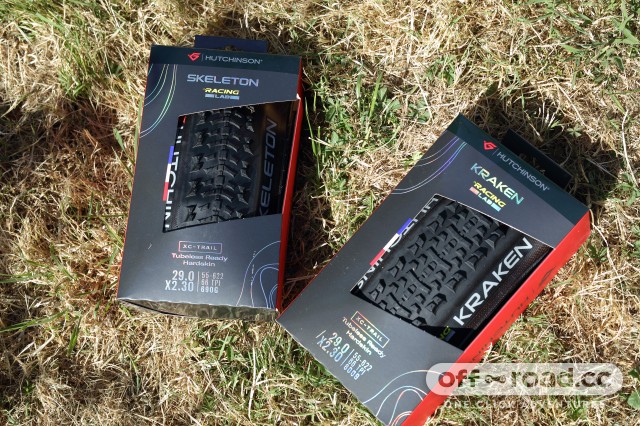 The Griffus is an enduro tyre from Hutchinson, it comes in either 27.5" or as a 29er and in a 2.4" or a 2.5" width. Our test tyre is the heaviest tyre of the lot at 1280g with the brands tri-compound Race Ripost Gravity  (RR Gravity) construction, plus 2x66TPI and their Hardskin carcass so we are hoping for some well damped traction action... The tyre is also available in a slightly lighter version weighing 1080g (66TPI and Hardskin) 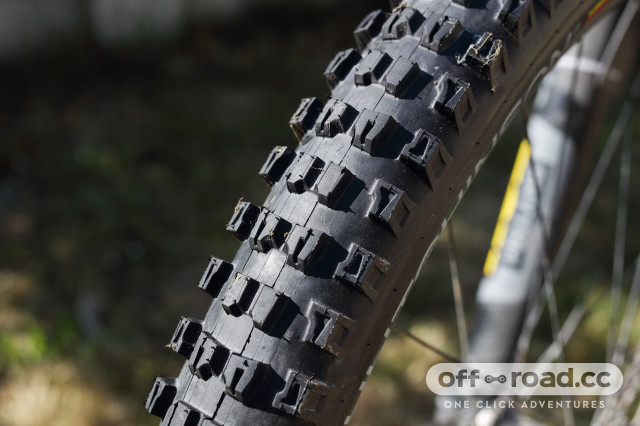 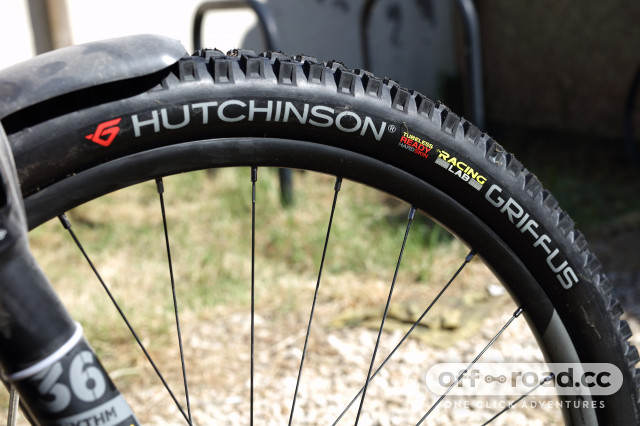