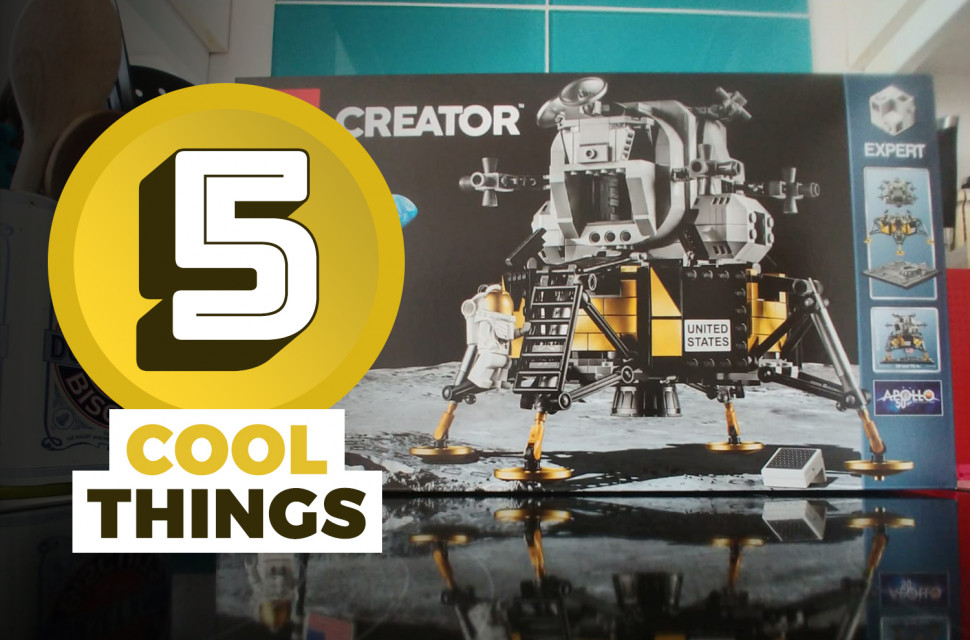 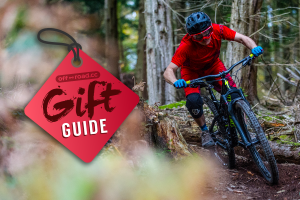 Tyre reviews are much loved here at off-road.cc, it appears you guys love reading about them as much as we love reviewing them! Our tester, Liam has a load of summer/all round tyres in to test, where he'll be reviewing individually as well as thinking about the best summer combos for trail riders. Oh, plus we have some epic Lego - don't tell the boss whilst we are 'working' from home...

We have this popular enduro tyre in on test in the 29 x 2.6" size with the brands 3C MaxTerra compound which will be gripper than the other offering of 3C MaxxSpeed but is supposed to be harder wearing than the final tackiest option of MaXXGrip. We like the simplicity of the compound names, MaxxSpees for the least rolling resistance, MaxxGrip for the most grip and MaxxTerra for somewhere in the middle. The carcass, in this case, is EXO+ which sits between the lighter EXO casing and DoubleDown. 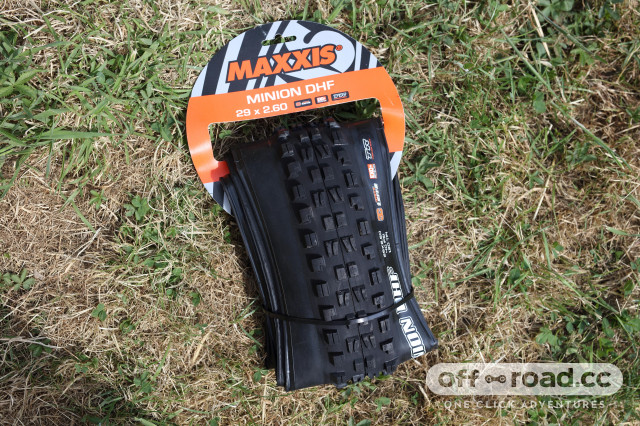 Rolling on the back is the Minion SS, a tyre with very similar side knobs to the rest of the Minion range but with a small block tread pattern in the middle to reduce rolling resistance. The ides here is that on climbs when the tyre is upright you'll have less resistance but still maintain good cornering traction when leaning the bike and descending. It doesn't look like this tyre has been treated to the EXO+ casing treatment yet, ours is EXO but you can also get DoubleDown if you are hard on your tyres or your back wheel! 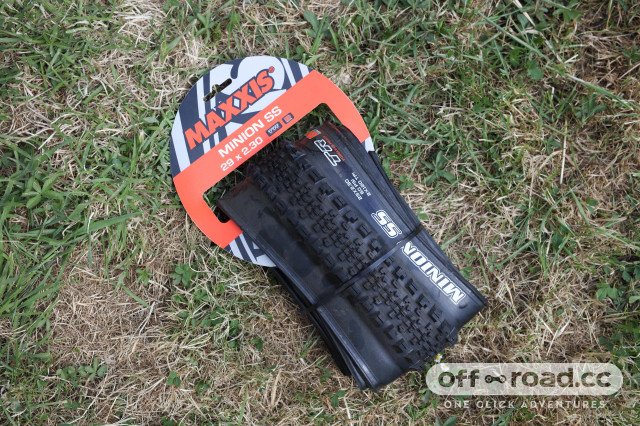 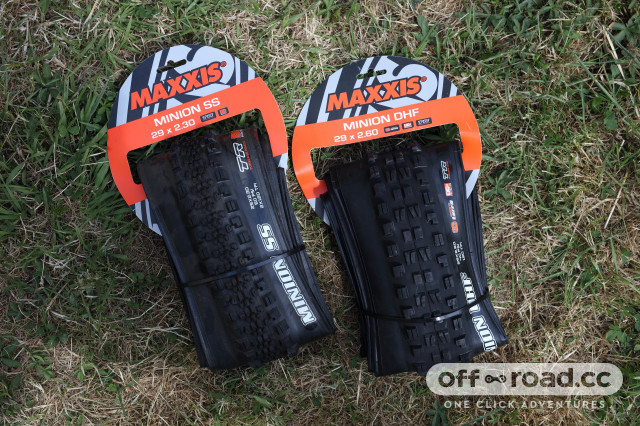 Part of a Schwalbe pair is a classic, the Magic Mary. Liam has this on test in a 29 x 2.6" size and with the Addix Soft compound (orange stripe), that's the middle option of the three compounds from the brand. Tackier than the plain old Addix but not as tacky as the Addix UltraSoft (purple stripe). In fact, you can only get the Ultra Soft tyre in a 29x2.35 at the moment, so if it's with you want then you'll have to go with Soft. Not that that's a bad thing, having used this compound on various test bikes fitted with these tyres, it really is very sticky. The casing of the tyre on test is SuperGravity rather than the thinner SnakeSkin making our tyre weigh in at 1370g rather than 1130g. 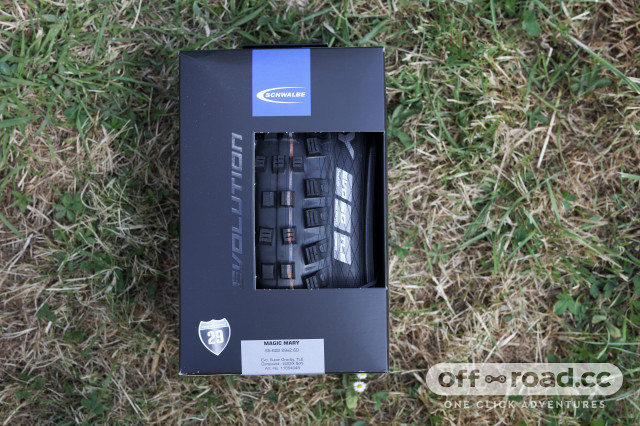 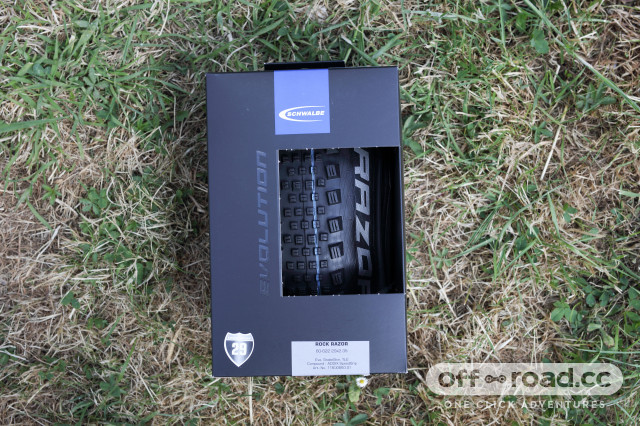 Paired with the Mary at the back is the fast rolling Rock Razor. This time in the harder wearing Axxix Speedgrip compound with the Snakeskin casing. Perhaps not the ideal combo, given the lightweight tyre on the rear but so far it looks like Schwalbe don't sell this size tyre in a SuperGravity casing. This tyre weighs in at 740g. 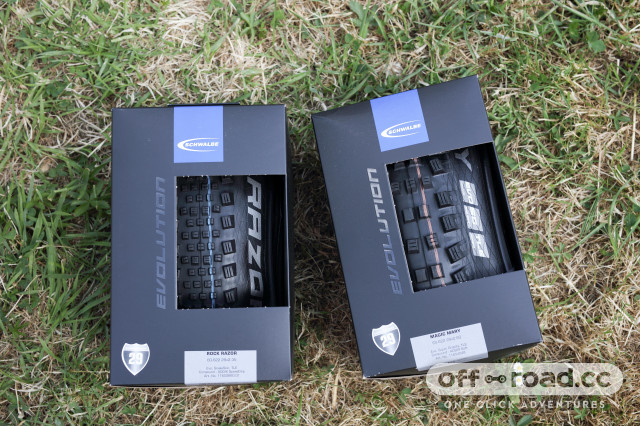 In a bit of COVID-19 postage mix up, the rear tyre in the WTB collection ended up with Liam whilst the front combinations ended up at Rachael's house! Nevertheless, they will all get testes. This Trail Boss is in a 2.4" and is of the Tough Fast Rolling type, meaning its the less tacky but tougher tyre - sounds perfect for the rear on dry days. There's again, smaller centre block tread with some slightly beefier side knobs for cornering traction. 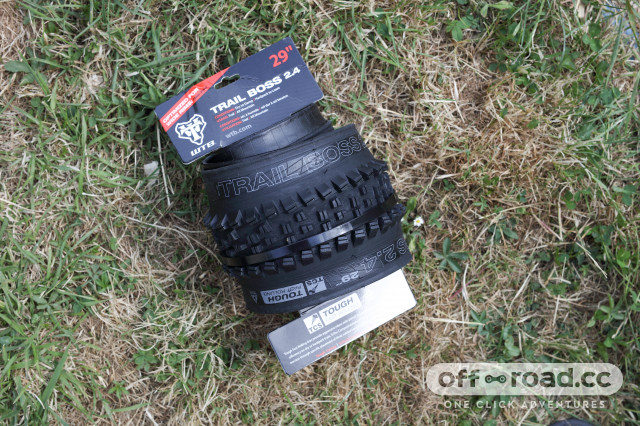 You'd be forgiven if you'd not heard much of Sweet Protection, but the brand has been making a solid range of snow and watersports gear for a good while now, in addition to a mountain bike range.

We've been sent the rather funky Ronin Max RIG glasses (£150) which have a 'Bixbite' lens that's designed for sunny condition as well as overcast or cloudy days - that's basically a UK summer ride in one. They've got a really wide and deep lens that almost gives you goggle-like coverage without the faff. 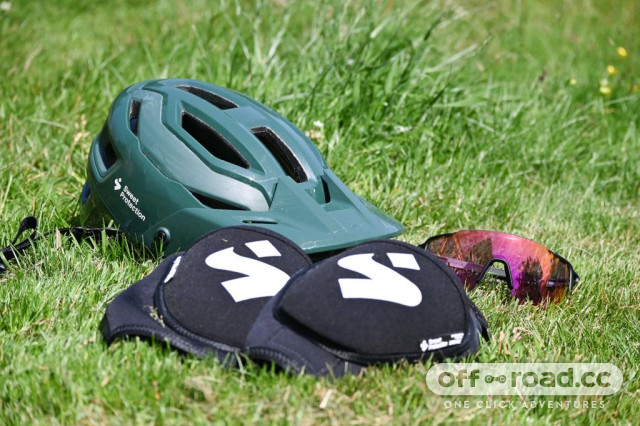 Next up, the Trailblazer MIPS (£160) helmet is their top of the line trail lid, getting a MIPS lined to reduce rotational injuries plus neat tweaks like a peak that'll lift nice and high for parking goggles or glasses and a whole load of vents to keep you cool. We're quite taken with this shade of green too.

Keeping your knobbly knees just as happy as your noggin are the conveniently named Knee Pads (£90). These get a removable Sas-Tec impact hardening liner in a stretchy neoprene outer and tough outer cap. There's a single upper velcro strap to secure them too.

Who doesn't enjoy a bit of Lego? We're all working from home like the rest of the country so what the boss doesn't know, won't hurt right? This is the type of thing, that given a normal day in the office would probably get brought out to coincide with 'beers at your desk Friday' (that's every Friday in case you were wondering) so we could all get stuck in. Instead, it's at home with Pat and his son whilst they 'home school'.... 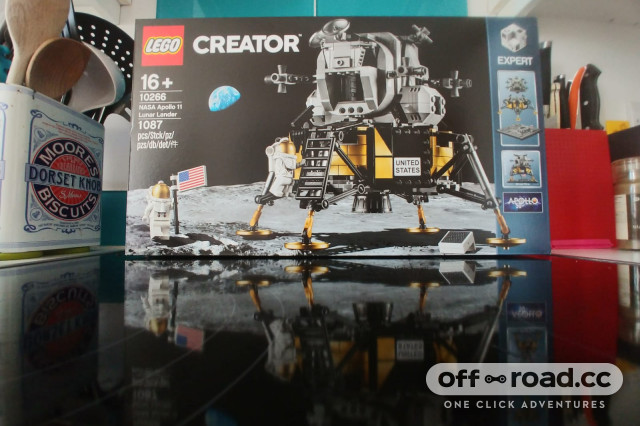