Skip to main content
Log In Register
The collab bike is a celebration of Made in Italy, design and passion for innovation 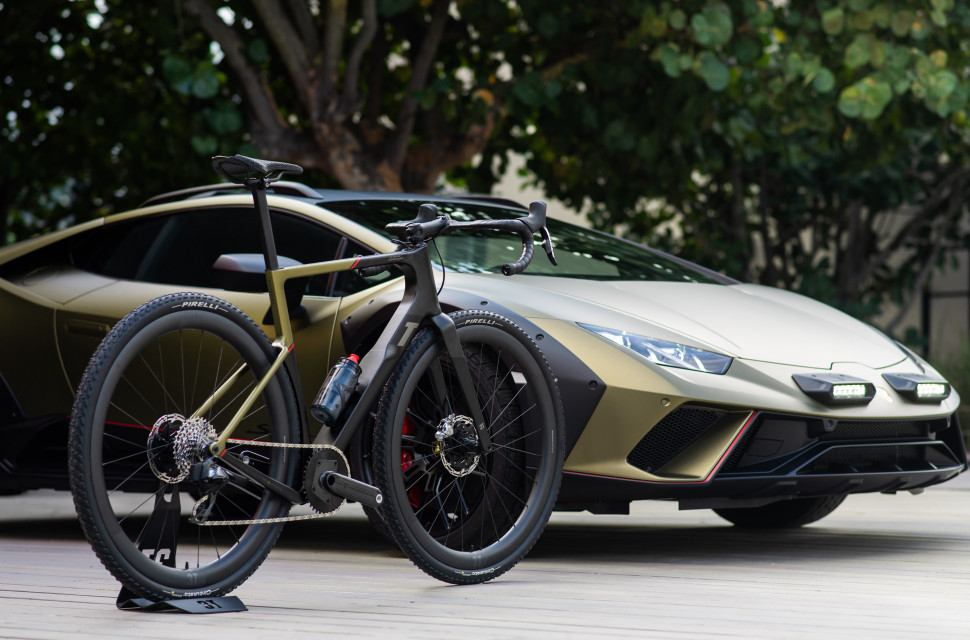 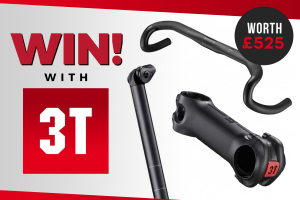 How does a downhill racer build a gravel bike? Like this...
Downhiller Joe Breeden's 3T Exploro

Lamborghini's North American launch event for its newest supercar, the Huracan Sterrato, also saw the reveal of the Exploro Racemax X Huracán Sterrato bike.  Developed in collaboration with the two Italian brands, the new Racemax borrows its design features from Lambo’s newest car, which is the first supercar to “deliver maximum driving pleasure” beyond paved roads.

Similarly to its supercar big brother, 3T’s flagship gravel bike, the Exploro Racemax, shares this claim of excelling on those rougher roads, while still delivering bang for your buck on the tarmac, as well. By bringing together the Racemax and Hurracan Sterrato, Lamborghini and 3T wanted to reinterpret the concept of performance, linked to exploration. 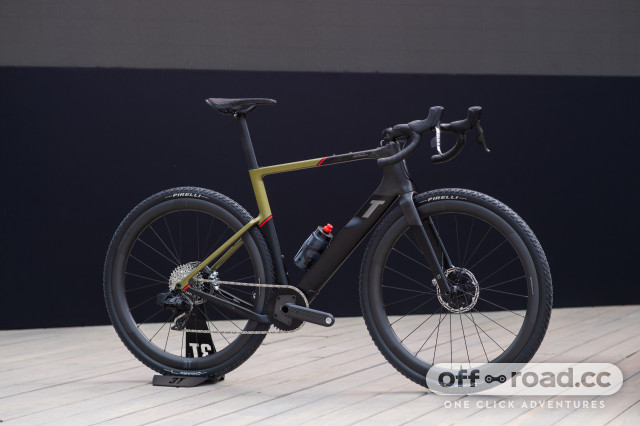 “Like Lamborghini super sports cars, the use of carbon fibre and lightweight materials is predominant. The Racemax frame, which is the beating heart of the bike, is crafted in-house in Italy using 3T's own carbon fiber technology. The 3T Torno®, the world’s lightest aero crank, is also made in-house using the same materials. Inspired by Lamborghini, titanium and aerospace-grade alloys and steel are also present on the bike parts and details,” Gerard Vroomen, Head of Design at 3T, said.

This is not the first time 3T is taking bike inspiration from the car industry, having previously created the “3T For BMW” bike as well.