Skip to main content
Log In Register
The rules, the races and equipment of cycling’s fastest-growing category - gravel bike racing 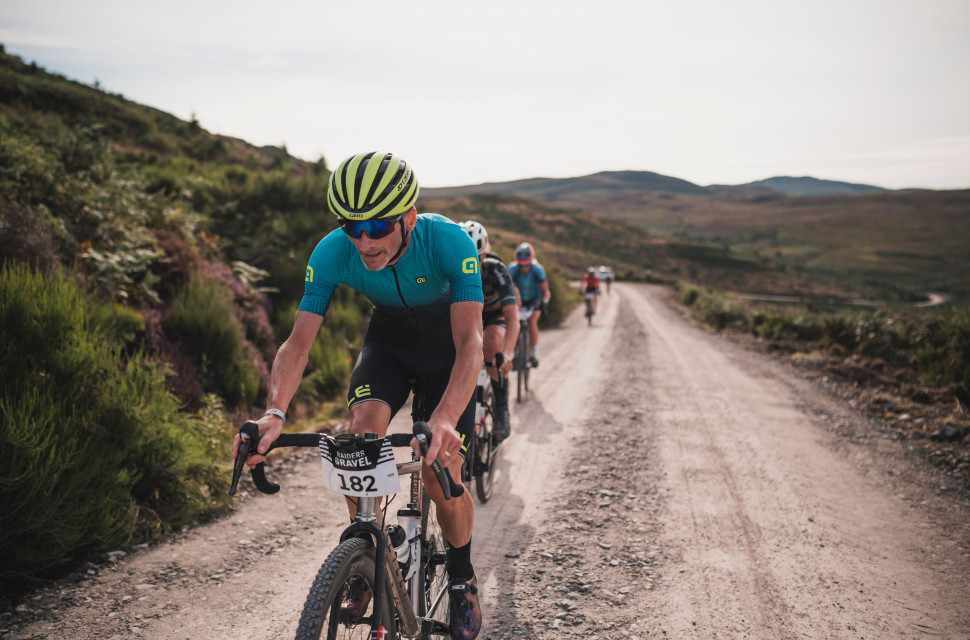 Gravel bike racing is the newest of all the cycling disciplines mandated and administered by the Union Cycliste Internationale (UCI). As a promising growth and product development category, everyone is keen on the drop-bar all-terrain bike, although the racing aspect is a work in progress. Gravel bike racing is very new, with the first global calendar of UCI events (both World Championships and a series), only happening this season. It has been a rapid rise for gravel bikers, who were very much on the periphery of cycling consciousness only a few years ago.

To many, gravel biking remains challenging to define. What is a gravel bike? What is the difference between a gravel bike vs mountain bike? What about drop-bar bike running the 30-60mm short-travel suspension forks? The fluidity regarding gravel bike product identity has expanded to the category's racing format.

You’d expect gravel bike races to shadow the broad theme of endurance mountain biking (XCM), without the technical singletrack descending. But the diversity of approaches to gravel bike racing has shown that gravel bikers will not be limited to a narrow predisposition of how they should compete as a riding community.

The most celebrated legacy gravel bike race is probably Dirty Kanza. Hosted in Kansas, it was the 'unofficial’ gravel bike World Championships for many years, until the UCI scheduled an official version in Italy this year.

Officially renamed as Unbound Gravel, the race continues to route along those same Kansan ‘unroads’. The American Mid-West is mostly flat terrain, ideal for gravel bike riding, but the Flint Hills provides some rolling topography. At Unbound Gravel, riders link a course of Kansan farm and rural dirt roads, that total 200 miles.

It is a fast, flowing, gravel bike event without rocky climbs or technical descents. True to the original all-terrain adventure rides that incubated the gravel bike scene. Unbound Gravel is a huge day on the gravel bike and is considered a must-do event for the most committed riders.

The Belgian Waffle series races have seen participation grow tremendously. What started as a fringe ride in 2012, with only 136 riders, has grown to fields of more than 3000 gravel bikers. With abundant dirt roads and wilderness areas devoid of development, America has strongly positioned itself as the gravel racing geography of choice.

Belgian Waffle races are two-day events with routes in the 120-145-mile range. Due to its popularity and the availability of North American wilderness routes, ideal for gravel bike events, the Belgian Waffle series has grown to feature Arizona, California, Canada, Kansas, North Carolina and Michigan.

Although it remains the epicentre for competitive cycling, there are geographic and development density issues around Europe’s gravel racing potential. Besides Spain, it’s very challenging to create a 100- or 200-mile gravel bike route, that never (or barely) touches tar. And all that while staying true to the gravel racing principle of delivering a mostly ‘unroad’ route.

The UCI gravel bike World Series is an officially sanctioned attempt to grow the discipline globally. The 2022 season featured 12 events, ranging across an exotic diversity of locations: the Philippines, USA, Australia, France, Poland, Sweden, Belgium, Italy, the Netherlands and Spain.

An interesting feature of the UCI Gravel World Series is its unusually relaxed attitude towards bike regulations. The UCI is known for its strict technical rulebook, but for the gravel World Series, riders can ride what they wish, providing it is not pedal-assisted with a mid-drive or hub-driven motor. That means riders can chance road bikes with narrow gravel tyres, mountain bikes or even cyclo-cross bikes, as we came to witness at the UCI gravel World Series podiums. 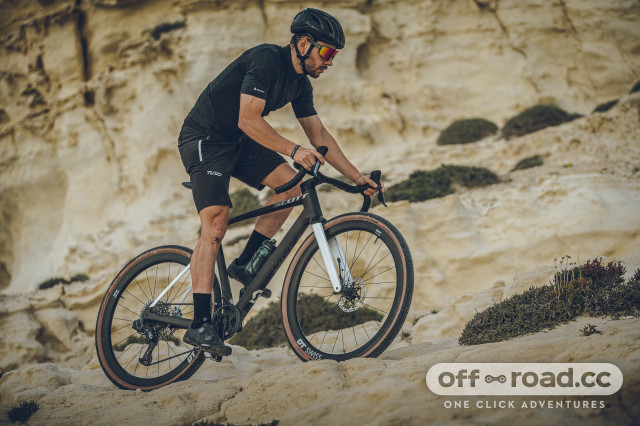 Gravel bikes might have drop handlebars but road bike pedals and shoes will struggle in some of the harsh terrain that’s on offer.

Although you can fit your road bike pedals and use the corresponding shoes on a gravel bike - as witnessed at the rather-tame inaugural UCI Gravel World Championships - crossover from mountain bike kit is a far better solution as their proven, robust nature will go the distance. Lightweight cross-country mountain bike pedals work great on gravel bikes.

Shimano remains the ubiquitous and proven off-road cycling pedal brand. Its SPD cleat system has never been equalled, and its pedals are known to last for years without requiring any servicing.

If you have the money, Shimano’s top-tier XTR mountain bike pedals are an excellent choice for gravel bike racing. Want something more boutique? Taiwanese manufacturer HT makes some of the world’s most desirable pedals. Its lightest off-road riding pedal is the M2T, at only 260g a pair. A word of caution, though, these pedals have a rider weight limit of 80kg.

If you like the idea of some rare HT pedals, the brand’s non-affixed M2 weighs only a bit more on your gravel race bike, at 305g a pair, and has no rider weight limit.

Most gravel biking race kit is very similar to either cross-country mountain biking or road gear. One area where there has been some divergent development is the best cargo bibs. Gravel riders need specific pad support while rolling across harsh gravel and dirt roads for hours.

The ability to carry lots of gear (snacks, tools), in an easily accessible way, has prompted some apparel brands to develop gravel bike bibs with additional zipped and easy-access pockets. MAAP’s latest Alt_Road gravel cycling range features a selection of bibs, where you can easily store your snacks and devices.

In any race situation, you want to lose minimal time when that unfortunate puncture happens. That means a rapid plug insertion kit is required. Stans, Rapide and Sahmurai all offer a variation on the reamer-type tool, pre-loaded with plugs.

You don’t want to mess about with tubes, unnecessarily. Gravel bike tyres are designed to be run tubeless and if you are assertive in stooping and plugging that puncture, you should retain adequate sealant to keep it seated and reinflated with a CO2 canister.

Gravel bike racing beyond the US– Africa, Spain and Nordics

Outside the OG gravel racing location, the US, some of the world’s greatest gravel bike terrain and events are hosted in South Africa. Home of the Cape Epic mountain bike race, local riders have embraced the gravel bike trend. South Africa has one of the world’s most extensive networks of unpaved roads, many of which route deep into the county’s isolated splendour. South African organisers have decided to mirror the three-day mountain bike stage racing format, with their gravel bike events. One of the most spectacular of these is the Tanqua Kuru. It loops the world-famous Tankwa Karoo basin (hence the name, being a play on words, of the venue), taking in truly spectacular terrain. 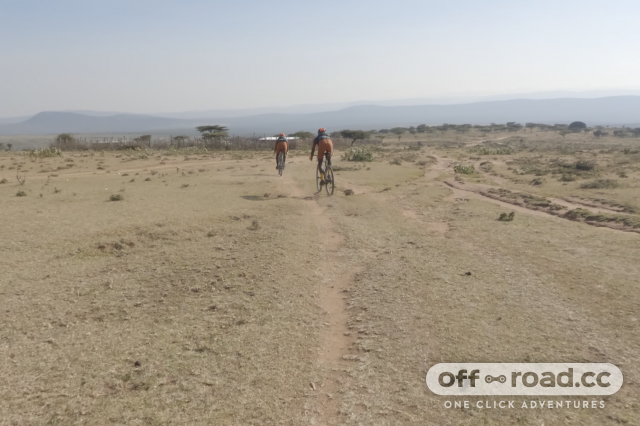 Spain is another global hotspot for prime gravel riding and racing. Given Spain's topography and geographical location, temperatures can exceed 35-40 degrees Celcius during the summer months so it’s a challenge, not to mention the gruelling terrain and incredible climbs, vistas and routes. Of all the events listed in Spain, Badlands is probably the most well-known - featuring 750km/15,000m including the forests of Sierra de Huétor, the deserts of Gorafe and Tabernas, the wild coasts of Cabo de Gata, the steep climbs of La Alpujarra and the highest Col in Europe, Pico Veleta (3.396m). 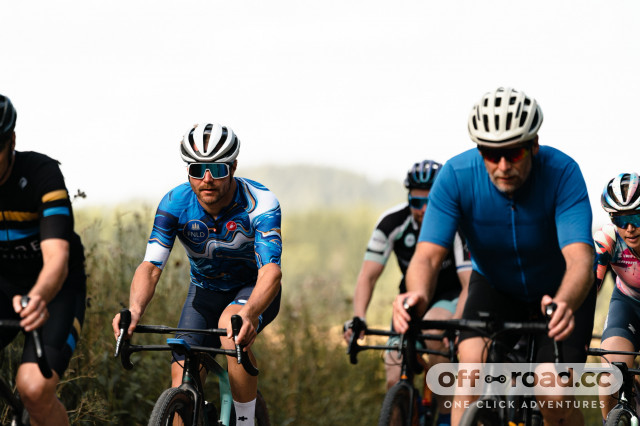 The Nordic countries are a relative newcomer to the gravel racing scene, despite the area having literally endless gravel and dirt lanes - Finland even has one of the world's largest proportion of gravel to asphalt roads - making it an ideal gravel cycling destination. This year we saw the first iteration of the Nordic Gravel series, introducing those smooth grus roads and sauna culture to riders in Sweden, Norway and Finland. And there's much more to come next summer as the famous F1 driver Valtteri Bottas has announced his own international gravel race FNLD GRVL in Finland, with a hefty prize purse.