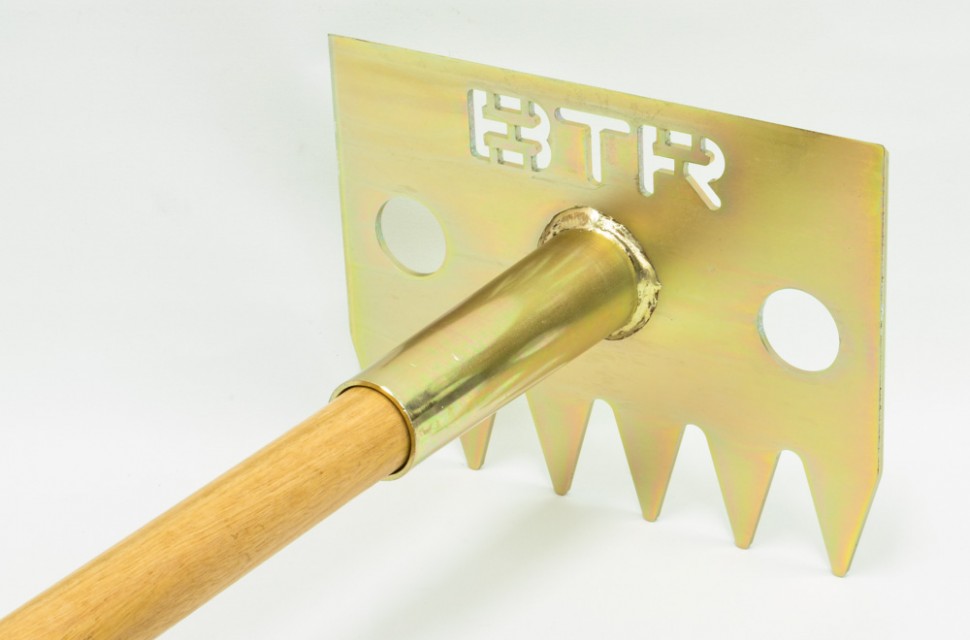 Trail building and maintenance is an essential bit of mountain biking - it'd be a pretty dull sport if it wasn't for the people who take the time to shape tracks. We've rounded up the best tools to create new trails and maintain existing ones, so you can help dig for riding victory.

Not that we should have to remind you but you should only create trails in areas where you have explicit permission from the landowner. Even maintaining them by cutting fallen branches or clearing brambles could be construed as criminal damage - possibly with a side serving of trespass thrown in - and if you're in a protected area such as an Area of Outstanding Natural Beauty that will compound things legally, as well as reflecting really badly on mountain bikers as a whole.

Many plant and animal species are protected by law. For example, bluebells are a protected species under the Wildlife and Countryside Act (1981) and damaging, destroying or blocking a badger's sett can lead to a prison sentence. Get permission, be responsible and respect the wildlife.

Tools for the pack 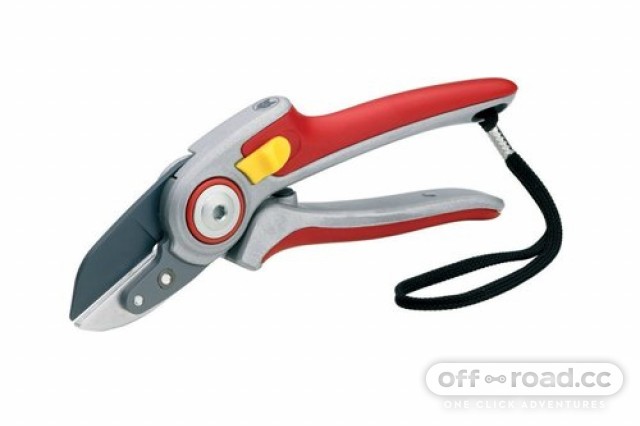 Yep, they're the least glamorous but one of the most useful. A decent set of secateurs can prune back brambles, snip off small branches or flatten down spiky stumps that could gouge you if you were to crash into them. Best of all, they're super easy to throw in your pack so you can leave them in there and prune when you need to -just be careful they don't puncture your hydration bladder (or your body).

They're also cheap - you can pick them up for under a tenner at most garden centres - but spending a little bit extra on something like these Wolf Garten RS5000 Anvil secateurs makes sense if you're getting serious about waging war on errant plant life. They'll go through a decent thickness of tough deadwood with less effort than cheap items and there's a neat lanyard so you don't drop them in the nettles if you lose your grip. 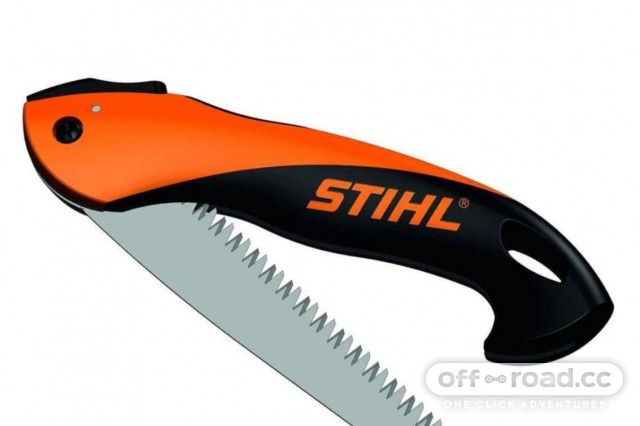 If you can't go over, under or around a fallen tree or branch, the only option is to go through it. The classic wire saw is a cheap and cheerful option that can handle bigger diameter deadfall if you can pass the saw all the way around it, but what you really need is a nice folding saw.

This Stihl Handycut is a personal favourite, with a quality blade - Japanese steel no less -that has deep, coarse teeth that'll even power through sticky green wood with ease. The 16cm blade can get through some impressively large diameter logs if you keep at it too. It's also lightweight and the blade has a locking mechanism so it won't fold in or out unless you want it to. 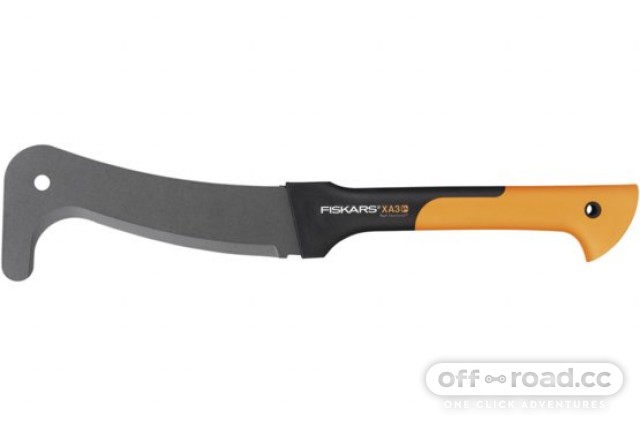 Brambles are a bloody nightmare - literally. They can turn a lovely bit of singletrack into an arm scratching, knuckle-spike filled gore-fest for your body, while merrily ruining your clothing too. They also grow with a level of persistence only seen in car salesmen. While pruning works to curb tendrils making an unwanted approach, it involves getting close to them which involves spikes going into you.

The answer is the billhook. With a long blade that curves downwards at the tip, they can chop and slash through brambles, brush and even small branches without you getting too close, while the curved end allows you to pull away material that you've cut.

The Fiskars XA3 Brush Hook is the one we use - it's got a tough 235mm carbon steel blade on a decently long handle that's made from a durable composite, so it's impressively lightweight. It also comes with a plastic sheath, so you can just about pop it in a backpack without chopping bits off yourself in the process.

Tools for the trail 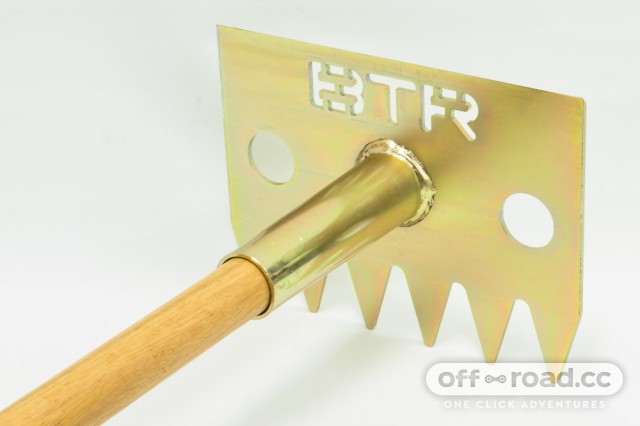 Originally invented by a US Forestry firefighter who needed a single tool that could dig, chops and rake for when he had to hike into remote areas and create firebreaks, the McLeod turned out to be ideal for trail building and repair work. It'll rake away loose earth with one edge, can be used like a mattock to chop in bench cuts, through roots and move soil around with the other before being used on its end to pack down dirt - if you can only take one tool to create a new line in the woods, then this is the most versatile of the lot.

The only downside is that they're not easy to come by, but BTR Fabrications make their own McLeod-style item called the Trail Tool, in between turning out lovely steel frames. It's made to last, with a properly tough zinc coated steel head and durable ash handle. It's also got holes in it that allow you to lock it up when you leave it in the woods - neat eh?

Unsurprisingly, the spade is the number one tool for building trails. As well as digging, you can use it to pack down earth, lever out rocks (within reason), chop through growth and a myriad number of other tasks.

A spade has a brutal and often short life, so cheap and cheerful is often just as good as something fancy - especially if it's going to get left in the woods. That said, the Bulldog Digging Spade with extra-long 48" handle gives you plenty of extra leverage when digging or even thwacking down lips on jumps or building up berms. 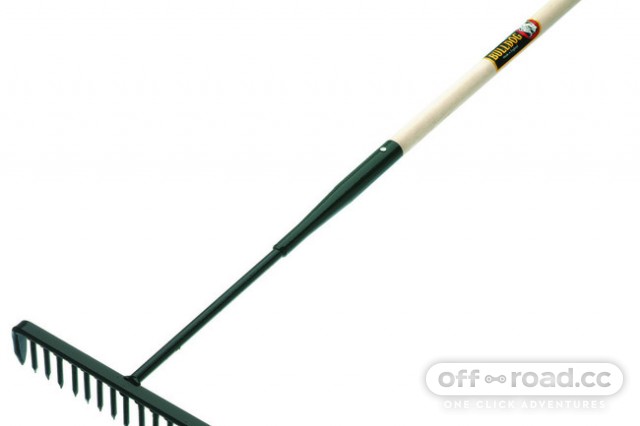 The humble rake is a really useful tool for trail building and maintenance. It can be used to clear a path through light undergrowth or push material around when you're shaping berms and so on.

However, all this is usually a bit too much for a standard garden rake to handle, so those in the know prefer the much tougher tarmac rake, which is designed to put up with the tender attentions of professional road builders.

Bulldog's Tarmac Rake has a solid reputation, with solid teeth and a 15" wide head and a metal or wooden handle. As well as being tough, it's also unlikely to break the bank at a little over £22.

Stick a spade's head onto a shaft at right angles and you've got the basic outline of the mattock, though they often come with either a pointed pick or axe head on the opposing side. They're extremely versatile tools for benching trails, creating berms and chopping through the hardest surfaces. If you're in rocky country then one with a pick head can be used to break up stone, while if you're in a wooded area then it's best to get one with an axe head for chopping through roots.

Again, they're an inexpensive bit of kit - this Verve item is just over £18 - but Get Digging's take on the design in the form of the Azada has an impressive reputation and it's not much more expensive at £30.

While a wheelbarrow - or even better, a powerbarrow - is the best choice for moving quantities of dirt around, they're not the most practical in tougher terrain or for small projects. That's where a cheap rubble bag comes in, allowing you to move a decent quantity of earth around more easily, especially if you have a mate to help you out - they're the trail building equivalent of the blue Ikea bags that you can stuff all your riding kit in...

Have we missed any essentials out? Got any tips of your own? Do let us know in the comments below...