Skip to main content
Log In Register
As well as some fresh lights, handguards and a blingy shock pump 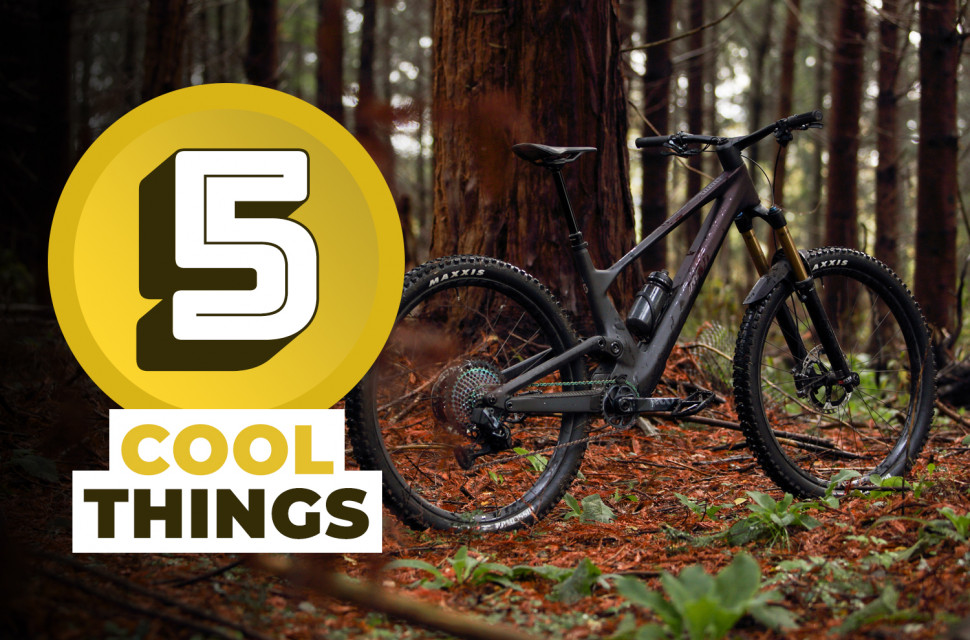 This week has been huge for bike releases but equally as exciting for our weekly Five Cool Things. Today, we've got a bit of a high-end theme with some posh pedals, lights and the top-end Scott Genius. We'll also highlight the coolest news stories and features to go up on the site. Let's get started.

During the first week of November, we've been busy bringing you as many guides as you can shake a stick at, including the Mountain bike size guide, and the Best full face MTB helmets to help you buy the right size bike, and the best full-face lid you can get your hands on.

We've also had some pretty exciting reviews go live on the site, such as Ty's write-up of the Forme Black Rocks HT1, a budget friendly hardtail that doesn't hold back on performance. Matt's mega tyre sealant test has kicked off with an impressive five-star review of the WTB TCS Tubeless Tyre Sealant and Josh examines the brilliant Wahoo Elemnt Roam V2 cycling computer. 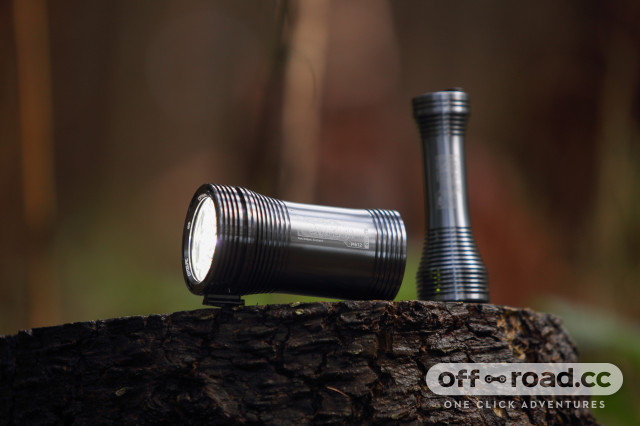 The clocks went back last Sunday so there's no better time to get back to seasonal night riding. Of course, you'll need some lights to illuminate those trails so the guys at Exposure sent in the latest Sixpack and Zenith for testing.

The former is a bar-mounted light that can kick out up to 5250 Lumens while offering a wider beam pattern. This light gets the brand's SYNC tech which allows the light to be tailored to the rider's needs thanks to its connectivity with a phone app. The Sixpack SYNC MK4 also gets Exposure's REFLEX++ tech, which adjusts the light's output to the terrain automatically. With its larger size comes a bigger battery life, running from two to 36 hours (mode dependent) with an eight-hour charge time.

Next, the Zenith MK 2 is a smaller, helmet-mounted light that blasts 2100 Lumens. This one gets TAP technology which allows the rider to change the light's mode simply by tapping it. It can run from one to 18 hours with a charging time of just five hours. 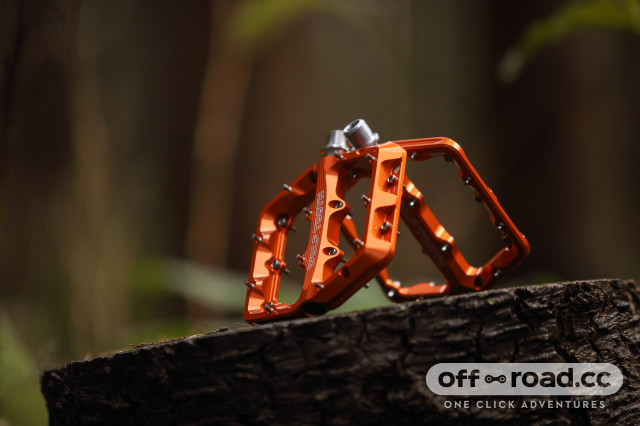 Released just last week, we've got our hands on Wolf Tooth's new Waveform pedals. These are interesting not only because of their luxurious 6061-T6 aluminium build but because the whole platform is concave. This is designed to improve grip on the pedal thanks to a 14mm thick perimeter that tapers down to 12.5mm in the middle.

These pedals spin on a stainless steel axle, three low-friction bearings, and an igus bushing. There's then a custom radial seal. They come in two sizes too, offering a better fit for a range of foot sizes with a large pair claiming to weigh in at 400g. We'll be testing them soon to see where they rank among the best mountain bike pedals. 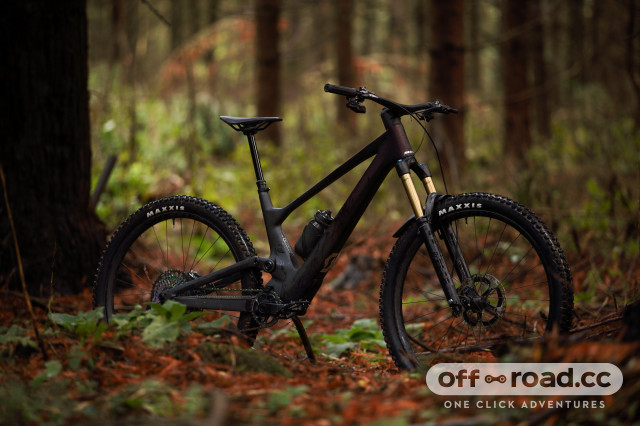 Now, this is a bike that we're really excited about and one that we've sat ogling in the office for a bit longer than we would like to admit. This is the latest Scott Genius in its range-topping 900 Ultimate build. As you can see, it's gone the way of the Spark and has shrouded its shock.

However, this bike isn't only about the integrated shock as it's had a range of updates and tweaks, such as a revised geometry and a longer travel fork. It also gets an all-new suspension kinematic and a linkage that uses splines to better distribute load.

If you would like to know more about this bike and get an inkling of how it rides, head over to my Scott Genius 900 Ultimate - first ride review, where I managed to get a spin on the new bike in the Italian Alps. 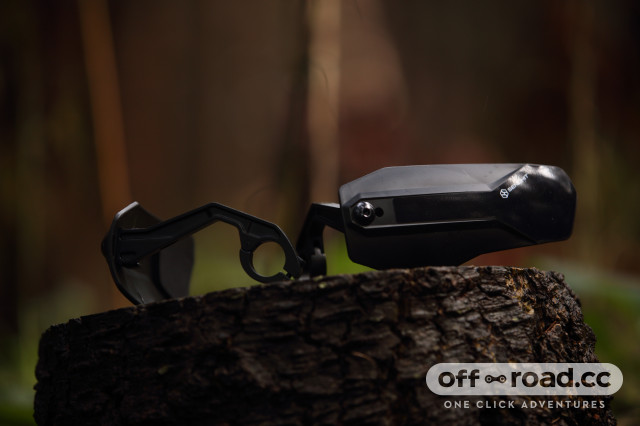 Handguards are still as divisive as ever but Sendhit's most recent release proves that they're here to stay. Here, the brand has built upon its well-reviewed Nock handguards with the aim of creating the most protective handguards on the market.

What's great is that the brand has listened and has brought a range of improvements to the Nock handguards such as a quick-release mounting bracket which allows for installation without having to remove your grips and there's a flip chip that offers four guard positions, making it easier to find the sweet spot. The big improvement, I think, is that the bracket can now fit over a Shimano lever.

The plastic guards themselves have been changed too. Now, the plastic has been tuned to be stiff at the centre but softer towards the ends, allowing for more flex where it's needed.

I tested the original Nock handguards and found that they needed some refinement, so I'm excited to see how these new handguards fare. 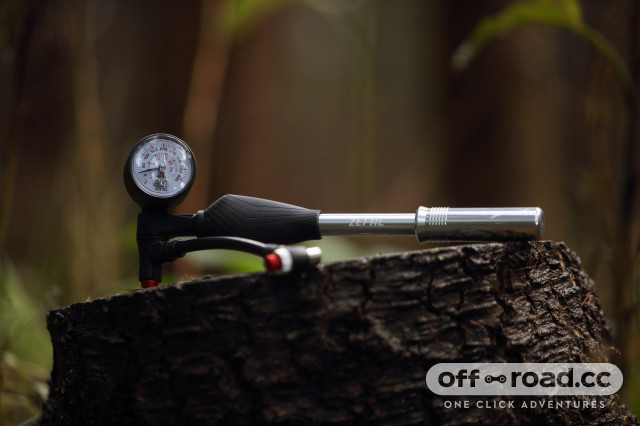 Then there's the Z Shock, Zefal's attempt at capturing market share in the best shock pump category. It's from all aluminium, and its gauge can turn 360-degrees for easier reading. The flexible hose then prevents damage to the valves and it comes with a pressure regulator, meaning you can easily fine-tune your air pressure.