Skip to main content
Log In Register
Steve Thomas takes us inside the secretive Far Eastern world of outsourcing, where most of our bikes and parts originate. 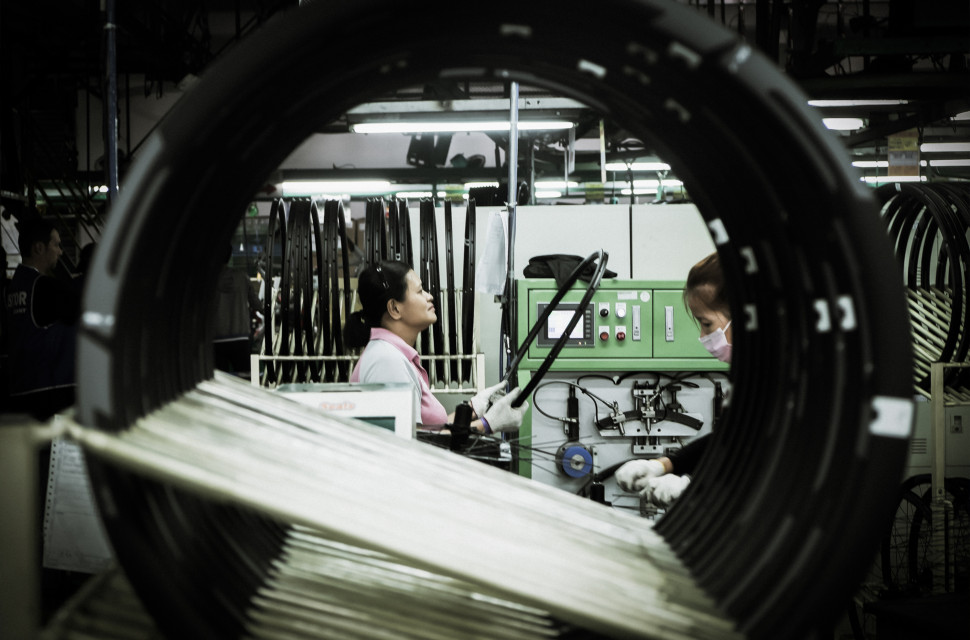 It can be quite an eye-opener when you first walk in through the near-anonymous back doors of a Taiwanese bike or component factory. For many (even seasoned media pros), it spells a crushing end to a lifelong illusion.

In non-cycling terms, it's a bit like that moment when you find out that Santa isn't real after all, or at least not as we know him. He most likely has a "Made in Taiwan" label sewn into his big red sack of expensive goodies, the one that carries some fancy western tagline such as "Designed in Italy" or "Assembled in the USA."

The chances are that you will see familiar class-dominating Taiwanese branded bikes and components coming off the same production lines as many major (and minor) western brands, often iconic names that carry long-established premium status, with the price tags to match. 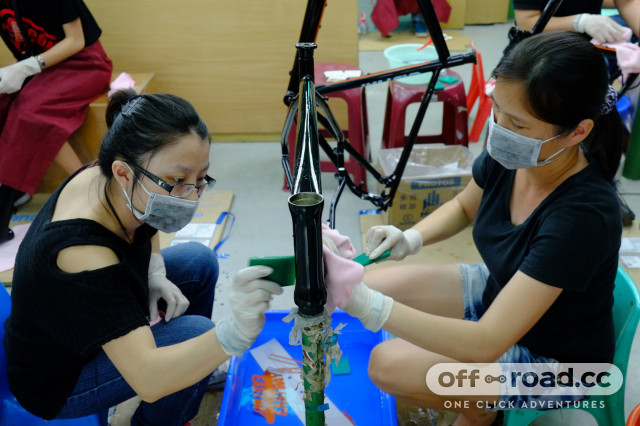 2022 steve thomas Made in Taiwan 003.jpg, by Jessica Strange

Be it bikes, saddles, tyres or chains, the same thing runs true throughout the Taiwanese bike industry. There are bikes factories found all over the small and mountainous island, with the lion's share of those located around the western city of Taichung, which is very much the global centre for the bike industry.

Although differences in products are plain to see on the shop floor, secrecy and ethics dictate that there is little or no crossover in manufacturing design and techniques between brands. Most western brands produce bikes and goods (or rather have produced for them) in several Taiwanese factories, where brands will have their own QC and design staff visiting regularly. These are highly secretive facilities, and for obvious reasons, we cannot detail brands or specific specialist production techniques. 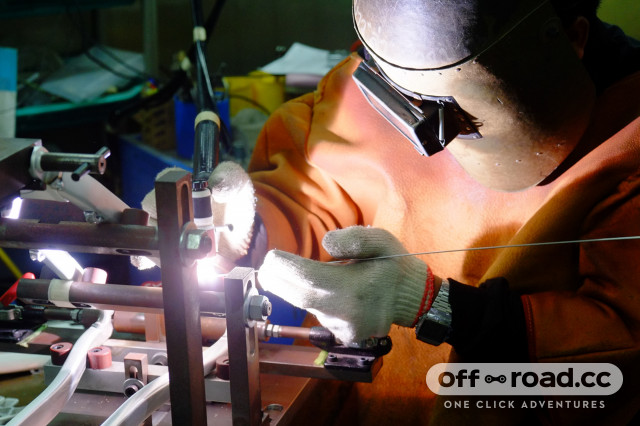 2022 steve thomas Made in Taiwan 007.jpg, by Jessica Strange

Way back in the glitter-ball days of the 1970s, it was around about when the Taiwanese bike industry really began to take off. Outsourcing, or OEM (original equipment manufacturing), was already popular with western brands across industries, as labour and manufacturing costs were much lower than in the financially flourishing western countries.

Japan was the original "quality street" market for OEM bikes and bits. But as the economy out-priced itself, things slowly moved south to Taiwan, which was comparatively underdeveloped. Much of that original outsourcing was actually done by the Japanese OEM manufacturers, who effectively exported their expertise and management skills to Taiwan and then sold their goods to their established western client base. 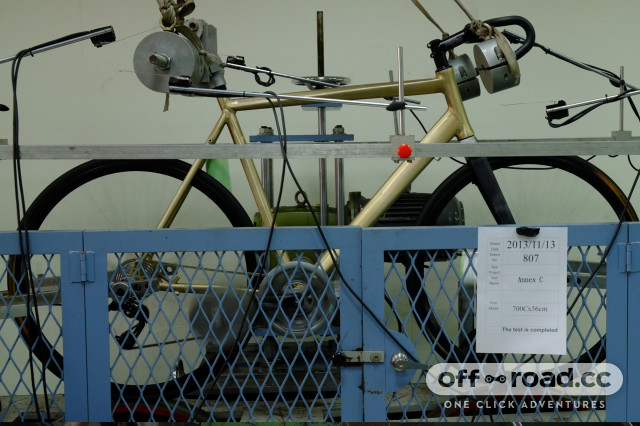 2022 steve thomas Made in Taiwan 004.jpg, by Jessica Strange

Needless to say, the Taiwanese soon learned the ropes themselves and being incredibly industrious people, they soon became the "go-to" global bike builders. Many fortune-seeking western cycling industry entrepreneurs were also quick to take a wise assessment of the situation and set up their own partnerships and companies in Taiwan, and many have done rather well from it.

Outsourcing has flattened many western-manufacturing industries over the years. From call centres to cables, they can usually be outsourced or manufactured (under initial guidance) in developing nations and at a fraction of what it would cost in the US, Europe or Australia. Naturally, it benefits everybody in the supply chain to do things this way, at least for a while.

No matter how you look at it, this is the way of the world these days, and to an extent, it always has been. We want cheaper and better material goods (including bikes).

How long the outsourcing and down pricing can continue is anybody's guess. It has to stop somewhere; all chains do. Still, it probably won't be any time soon, especially with the globalisation not only of manufacturing but also of retailing. 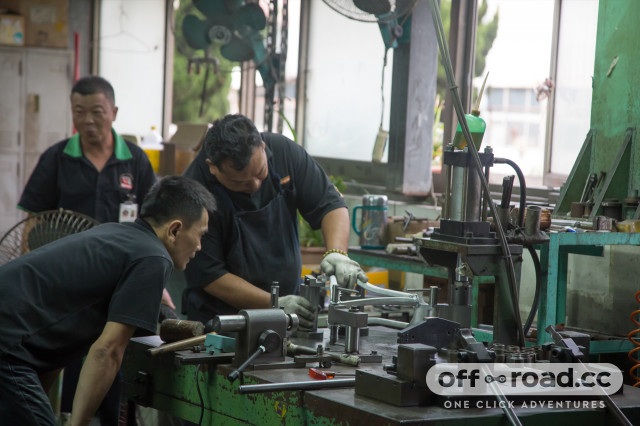 2022 steve thomas Made in Taiwan 006.jpg, by Jessica Strange

What goes around naturally comes around, and now Taiwan is no longer a budget option for bikes and parts manufacturing; that mantle has moved west to China and other Southeast Asian countries.

Taiwan has naturally raised their economic game and standards and, to an extent, priced itself out of the current marketplace where bikes are concerned. Nowadays, many Taiwanese manufacturers outsource to partner and associate plants in China and elsewhere, not only to cut costs but to circumnavigate the ever-changing world of import and export duties, which are complicated, to say the least.

Many Taiwanese manufacturers base their future hopes on the quality and experience gained from the past 40+ years of OEM excellence. Still, there is no doubt that they are still hard to beat when it comes to affordable high-end production.

When brands are just that 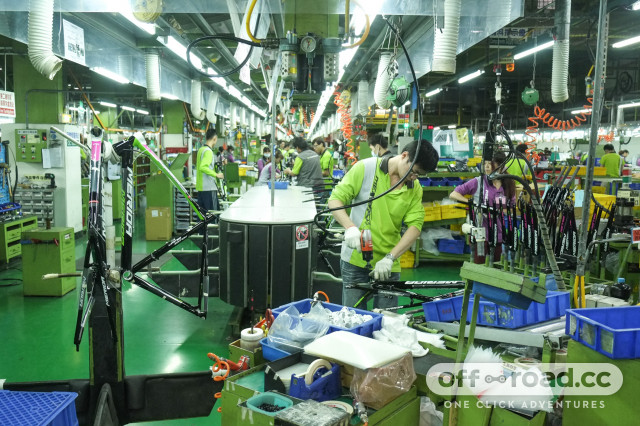 2022 steve thomas Made in Taiwan 002.jpg, by Jessica Strange

Many leading western brands actually manufacture little or even nothing these days. Some leading names never did; they are simply design and marketing companies, and heck, a few even skip the design part. The Taiwanese now have that expertise in-house, even at obscurely named factories you've never heard of.

Given the disruptions and flaws that showed up during the pandemic and the various political situations that have emerged, what the future holds is unclear. Many brands have actively sought outsourcing options closer to home, where they are less likely to be hit with supply issues in the future.

Despite this, there are still some British brands that do still manufacture on home turf, such as Hope Technology. Hope have long since seen more logic and value in doing every part of the manufacturing process themselves in Lancashire, which has certainly worked out for them and proves that it is still possible to manufacture in the UK and remain competitive in certain spheres.

"industrious people" eh? Always great to see a racist stereotype in the wild.

"industrious people" eh? Always great to see a racist stereotype in the wild.

Taiwan compete on quality not price, just like Japan do with cars. So the only reason factories would be "hidden" or "anonymous" is the misplaced belief and prejudice that European is best.

I have a 90's Taiwan made mountain bike frame, constructed of Tange Japanese made 4130 cromoly tubing; sensational quality that has stood up to 25 years of abuse and will no doubt out last me.