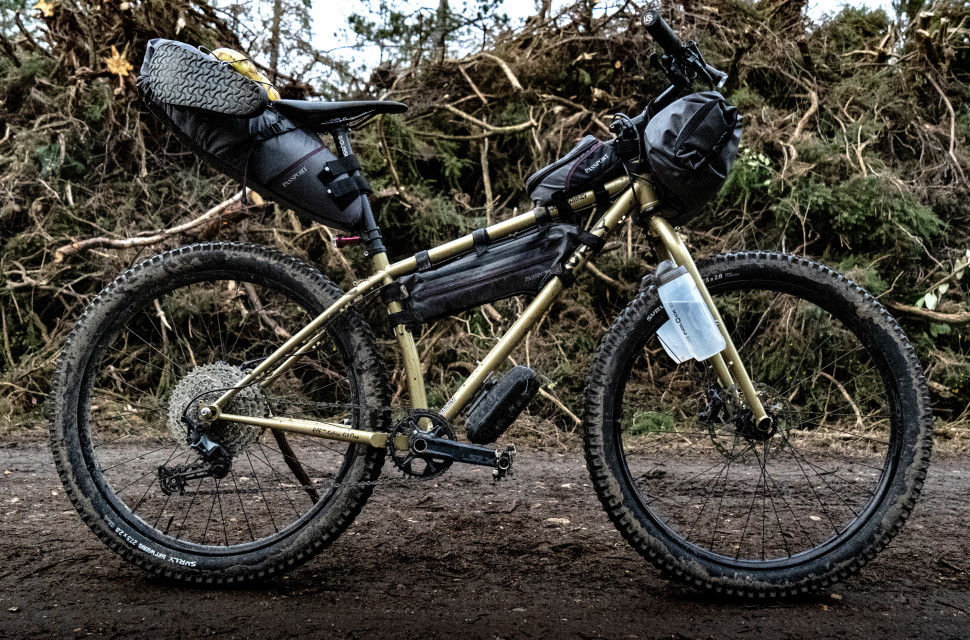 Winter bikepacking adventures aren't exactly the most popular thing, but if prepared for the changing conditions and slower pace, they can be just as rewarding as a summer trip.

I wanted to put this theory to the test by taking on the Dorset 330, a route conceived by Harry Griffiths during lockdown, taking in the best of what Dorset has to offer. I was a little tight on time, so I had to ambitiously attempt the full trip in two days with an overnighter. 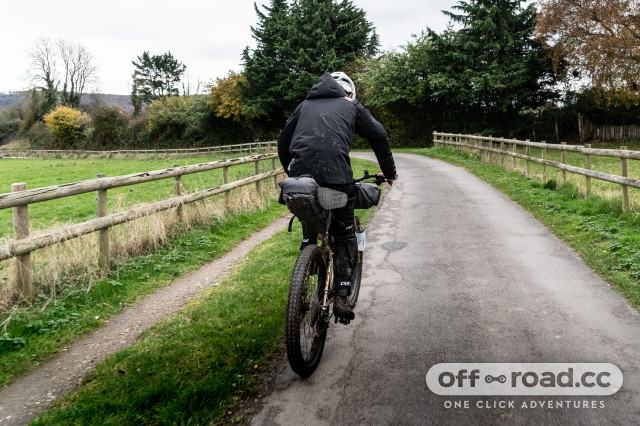 Thanks to the team at ISON Distribution, I was kitted out with everything I would need for the trip. The star of the show was the Surly Karate Monkey running 2.8" Dirt Wizard's tyres. The tyres are easily the gnarliest tyres I've ridden, finding traction and control in areas or surfaces where there is none to be found. I'd usually rip around on my gravel bike, so it took some getting used to riding something a little different and at a slower pace, but it's exactly what I needed.

Equipped with Gusset components, the Beard Bar had me sat up a lot higher than I'm used to, but it gave me lots of control and stability. The only downside is singletrack paths with thorn bushes on either side. I didn't wear any, but if you're going to rock wide handlebars, I'd recommend gloves.

The Fidlock Twist bottle surprised me. Before setting off, I was sceptical about finding myself at the bottom of a rocky descent only to find myself bottle-less. That was not the case at all. The only thing to think about is that if you've got a handlebar bag as I did with the Passport bag, it takes some getting used to because you can't actually see where the bottle needs to clip onto.

As I was only going for one overnight, I kept the camping equipment pretty light, with a bivvy, mat, pillow and sleeping bag. Still, I did make sure to bring an extra set of clothes. It was November, and I was anticipating it to be cold. 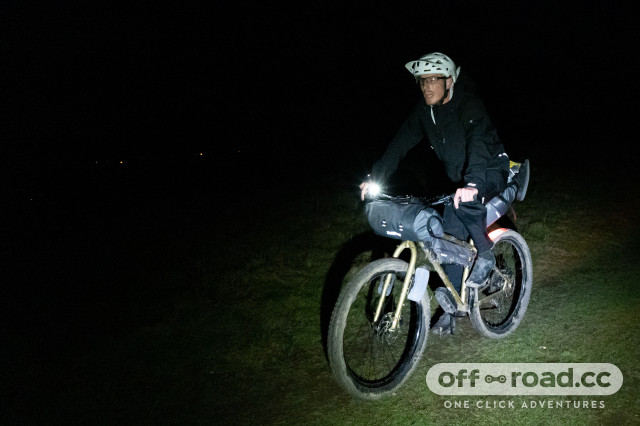 The alarm was set for 05:00 as I wanted to get going by 06:00. The original route sees you start in Dorchester; however, having a place to stay in Swanage meant I started there. The beauty of the Dorset 330 is that it's a loop, so you can start and end where you want.

I'm actually glad I started in Swanage as I found myself arriving at Old Harry Rocks before sunrise, listening to the vocal seagulls, watching darkness lift with the sound of the sea crashing against the rocks. I highly recommend getting out early and beating the rush; it was so peaceful.

The first 80km seemed to fly by as it was pretty flat and the conditions in my favour. Blessed with wide gravel tracks, farm roads and the odd bit of tarmac, I found myself picking up some food in Verwood a bit earlier than expected.

Post lunch, and after Wimborne St Giles, this is where the day started to change. Having tackled a fair few long-distance trips in my time, I've trained the mind to be ok with how a day can have two halves. Especially in winter, you need to be mentally prepared as much as you do with your kit for the different outcomes and scenarios you can find yourself.

I'd started the trip with the flattest section, leaving most of the climbing in the last 60km, but it wasn't just the climbing that was to come; the bog-like conditions were also ahead. Stopped in my tracks by what can only be described as a swamp, it was time to take a deep breath, embrace the mud, and get walking. I'm not a hike-a-bike fan at all, but there was plenty to come.

To say the least, it was slow going, and darkness had already fallen by 16:30. I'd made the rookie error of not bringing the right lights for navigating off-road. I found myself in the middle of a field with no clear path, in the dark, carefully manoeuvring past the cows, trying to find an alternative route. Once I had finally found my way out of the field, it was time to jump on Komoot and re-route slightly, using a bit more tarmac to find my way to the pub.

Knowing that not many campsites would be open in the winter, I needed to find an alternative. We're not as fortunate here in England to have the same freedom as up in Scotland, so we can't just pitch up anywhere we like. However, I recommend trying the pubs on your route, like The Fox in Corscombe, and asking if you can pitch their land. Not only did I have the perfect place to pitch up, but I also had a beer and dinner ready by the time I'd finished setting up camp. It was the perfect end to the first day. 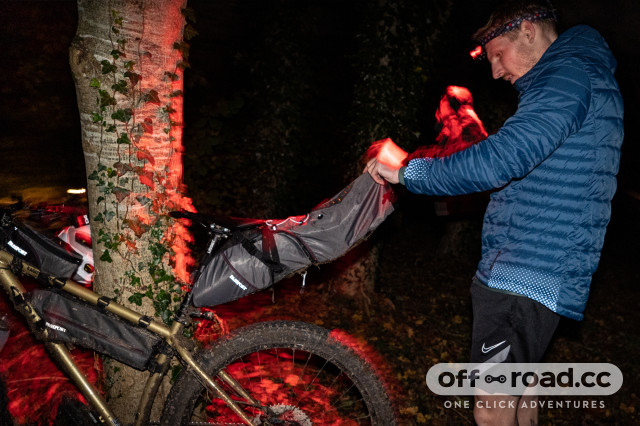 Another 05:00 alarm, this time, it was a lot harder to wake up. The birds were pretty vocal in the night, meaning sleep was broken, but what can I expect? I'm out in the wilderness; it's bound to happen.

Setting off, I knew day 2 would be slow going, and it sure was. Straight away, 20% climbs both on and off road, with the first 40km taking 4 hours. I had the Karoo 2 as my head unit, which meant that a day of climbing some serious climbs, I could test out the climbing feature, and I have to say, it was thoroughly enjoyable, in a weird way.

I honestly thought the Dirt Wizard tyres were indestructible, but they aren't, and I did get a puncture early on day 2. Nothing a plug couldn't sort, and after a little faff, I was back up a running, taking on the rock gardens that seemed to be everywhere around the bottom part of the route near Lyme Regis.

One thing to note with the route is that you could easily chop off a section to shorten it. When you hit Beaminster, you have the option of missing out going to Lyme Regis and picking the route up just north of Netherbury. At this time of the year, I would recommend it.

I rolled into Dorchester, the official start of the route, at about 15:00, and I still had just over 50km to go. Again, knowing that I wasn't set up with the correct lights, I decided to re-route and jump on the road as I needed to get back to drive to London.

Overall, the Dorset 330 is a wonderful route that should be enjoyed over a little longer than 2 days; I'd recommend 3+. In terms of what bike to ride, well, anything you're comfortable with, but I'd recommend at least a 40mm+ tyre with plenty of tread. The route has every terrain imaginable.