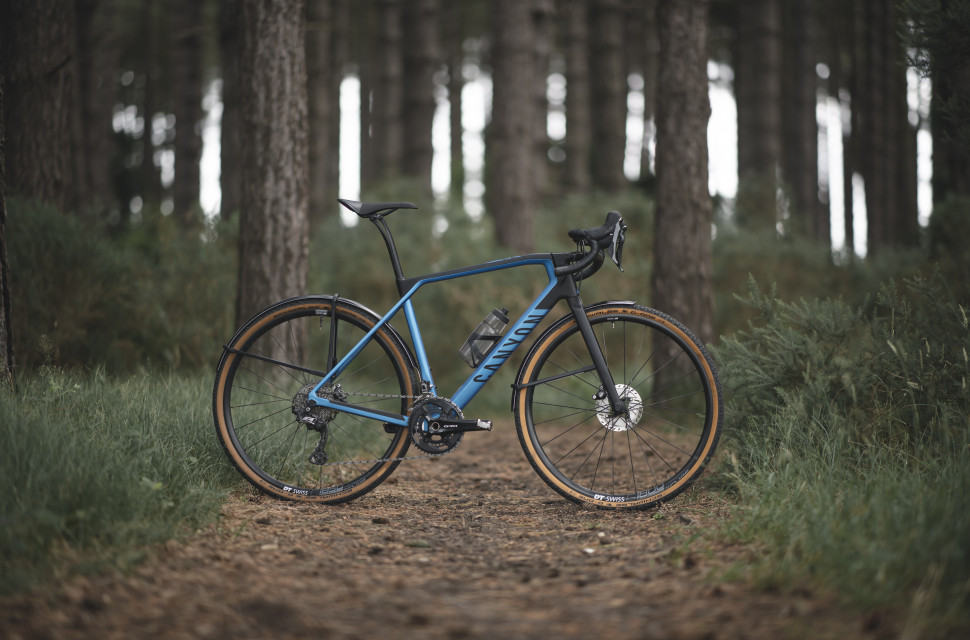 Direct sales giant, Canyon is mostly known for a comprehensive range of mountain bikes. The brand also has a reasonably condensed range of gravel bikes. Dubbed the Grail, the range has a bike for everyone should you be aiming to win races, or just to enjoy some off-road mile-munching.

With only one bike in the range, it's super easy to figure out what you're getting with the Grail. As you can see, there's the Grail CF SL which comes with a carbon frame, and the simply named, Grail which comes with an alloy frame. CF SL's come with a trick build kit while CF SLX's come with an even pricer, and blingier build. In the range are a few women's specific models and they can be distinguished by the 'WMN' in the name. There's also a Grail:ON which is the e-bike version of the gravel bike, but we'll keep that for an e-bike specific guide.

Much like the brand's mountain bikes, Canyon chuck in a starter box with a quick start guide, manual, torque wrench and bit set, bearing adjustment too, grease and carbon assembly paste where necessary.

We also have a guide on Canyon's mountain bikes which you can see here, there's also a full complementary range of e-bikes.

The Grail CF SL is the brand's top of the range carbon fibre offering which uses Canyon's Complete Comfort concept, including that very unique Double Decker bar. It offers four different hand positions and its flexy portion uses the carbon's natural properties to allow for some vibration damping. Within the concept is a seat post with built-in flex for even more comfort and larger volume tyres. There's a huge range of seven sizes with a large benefitting from a 72.5° head angle, a 425mm chainstay, and a 478mm reach. The seat tube angle sits at 73.6°. 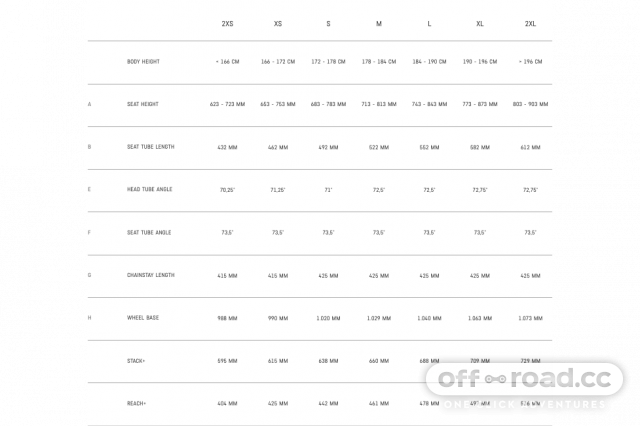 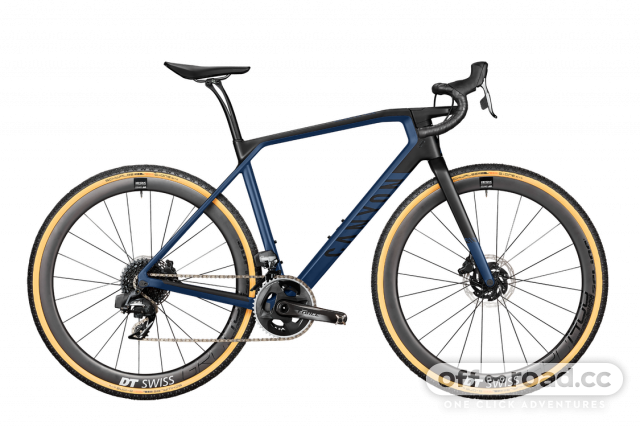 The Grail CF SLX 8 eTap tops the whole grail range, and at that price, we would expect it to. It's built around Canyon's carbon frame with flat mount brakes and it gets Canyon's FK0070 CF Disc fork. As its name suggests, it comes with a SRAM Force eTap AXS 12-speed drivetrain with a matching SRAM Force crank and brakes. Wheels on this bike are DT Swiss GRC1400 Splines and they're wrapped in a pair of Schwalbe G-One Bite 40mm tyres. Of course, it comes with that Double Decker, CP07 Gravelcockpit CF handlebar, and Canyon S15 VCLS 2.0 CF fork. Then there's a Fizik Tempo Argo R3 saddle. 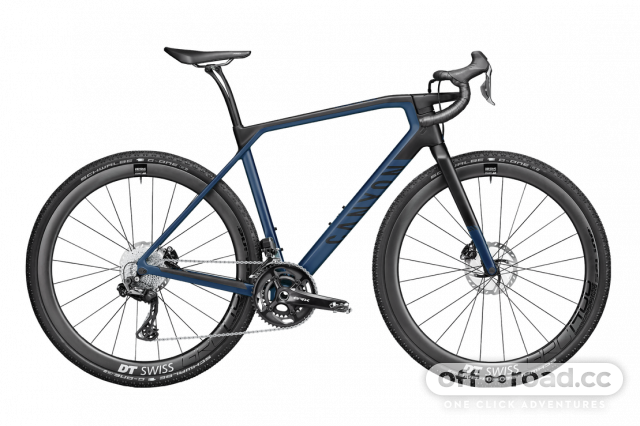 Next up is the Grail CF SLX 8 Di2. It comes with the very same frame and fork as its pricier sibling but with Shimano's GRX Di2 RX815 11-speed groupset with matching brakes. It also gets the same wheels, tyres, and finishing kit as the eTap equipped model.

The Grail CF SL comes at a cheaper price and as such, a cheaper build. These bikes are a bit heavier but they get carbon frames and the same cockpit and seat post as the SLX models. As expected, the geometry is exactly the same as the CF SLX bikes, so I'll just point you in the direction of those to check out the angles. 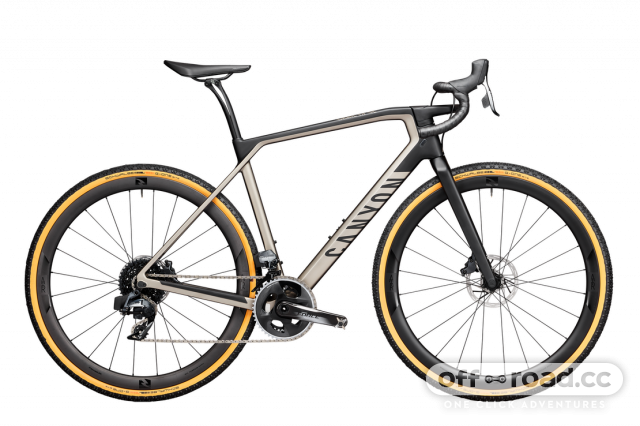 The Grail CF SL 8 eTap still benefits from many of the same kits at the CF SLX bikes but sees quite a drop in price. There's the same frame and fork, then there's wireless shifting from SRAM and the Force eTap AXS 12-speed drivetrain with HRD brakes from the same line-up. This bike, however, rolls on a set of Reynolds ATR wheels, and then the rest of the bike is the same as the CF SLX range. 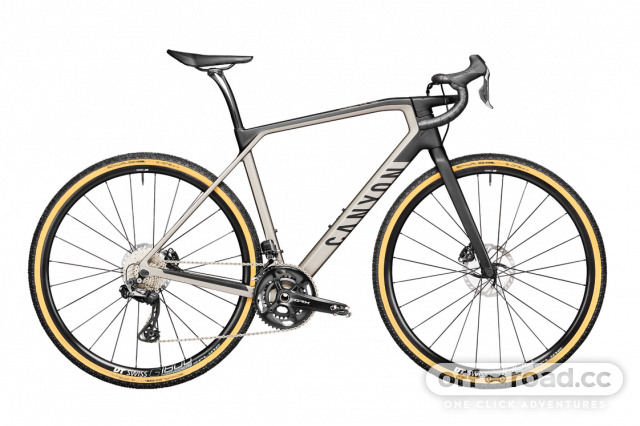 Again, the Grail CF SL 8 get's a lot of the same kit as the pricier bikes, including the frame and fork. There's then the Shimano GRX Di2 RX815 drivetrain with matching brakes. The wheels here are a pair of DT Swiss G1800 Spline's and then the rest of the bike is the same as the others in the range. There's also a women's model of this bike which comes in a different colour and sizes up to medium. 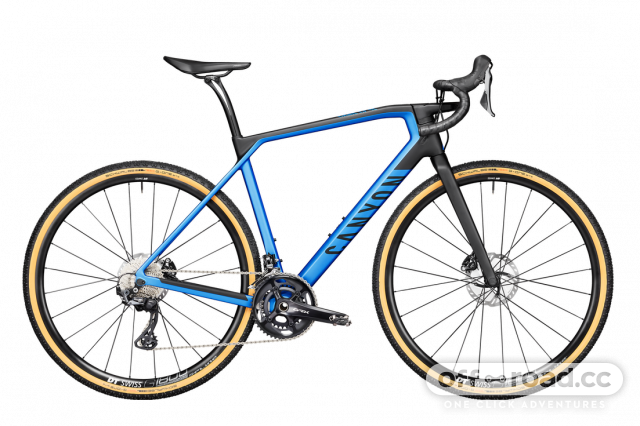 At this point, Canyon drops wireless shifting in favour of more traditional cable-operated systems. On this bike, we get a Shimano GRX RX810 11-speed drivetrain and brakes. Other than that, the rest of the build matches the rest of the range. 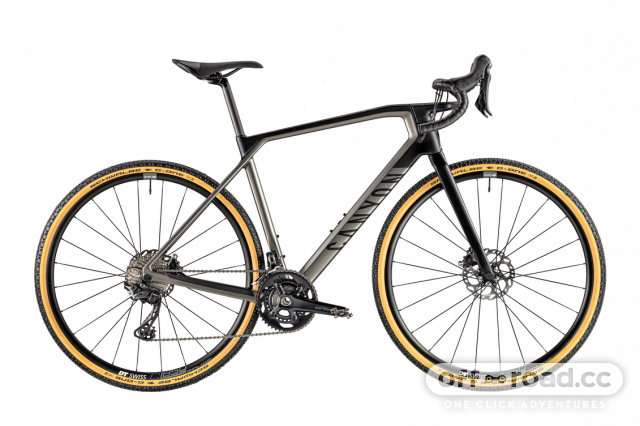 This bike is the cheapest carbon-framed gravel bike in Canyon's range. It gets the same frame and fork but a Shimano GRX600 2x11 drivetrain and DT Swiss C 1850 Spline wheels. It also gets those Double Decker bars but sees a traditional solid, Canyon SP0043 VCLS CF seat post with a Fizik Aliante R5 saddle. Everything else matches the rest of the range and there's a women's version of this bike too.

The Grail AL features aluminium frames and cable operated shifting across the range. The AL models get the exact same geometry as the top-end CF SXL models, so expect a similar ride. For the AL models, Canyon has done away with the Complete Comfort concept in favour of more traditional bars and seat posts. 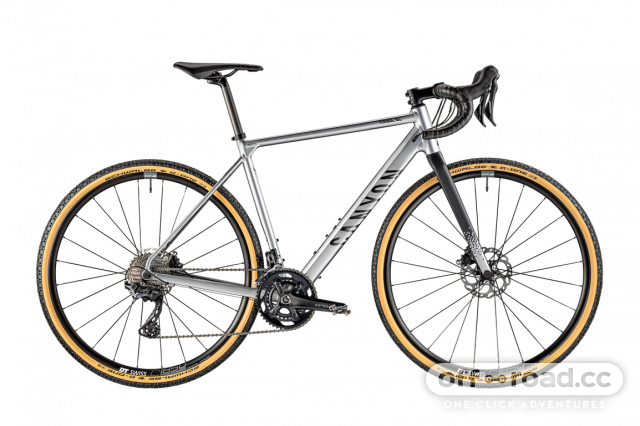 The Grail 7 is the most expensive alloy framed Grail. It gets the very same carbon fork as the rest of the range and is driven by a Shimano GRC RX810 drivetrain with matching brakes. Then there's a pair of DT Swiss C 1850 Spline wheels and they get a set of Schwalbe G-One Bite 400m tyres. As previously mentioned, the cockpit and seat post changed on the ALs. Here, there's a Canyon HB 0050 Ergobar AL and a Canyon SP0043 VCLS CF carbon seat post. The saddle on this bike is a Selle Italia X3. There's a women's specific model of this bike too. 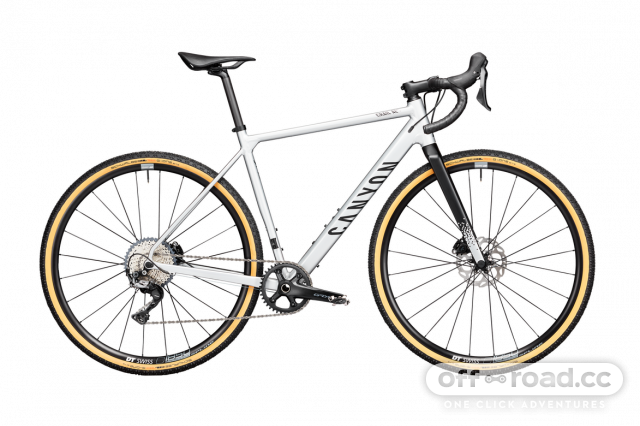 Not an awful lot changed on the Grail 7 1by apart from the obvious, it uses a 1X drivetrain. There's a Shimano SLX cassette, GRX RX812 GS mech, and a GRC RC600 crank. Then there's a Selle Italia Model X saddle. Everything else is very much the same as the Grail 7. 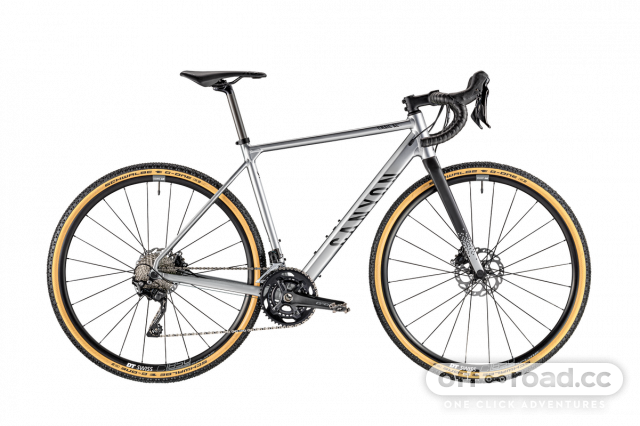 The cheapest bike in the whole Grail range, the Grail 6 only sees a downgrade in the drivetrain. It's a Shimano GRX400 groupset and then everything else is the same as the rest of the AL range apart from the Selle Italia X3 saddle.