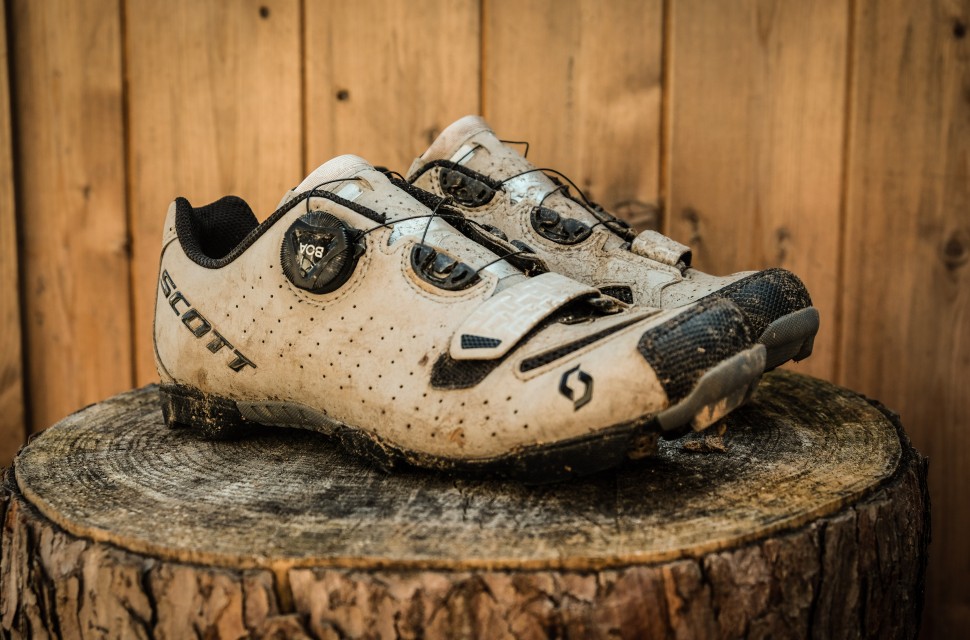 Rachael Wight
|
May 15 2019
|
Overall
Quality
Performance
Value
What's good?
What's not?
Buy if...
You want a good trail/gravel shoe that will also help you be seen at night

The Scott MTB Comp Boa Reflective shoes are a new version of Scott’s well-priced MTB Comp Boa shoes, helping you be seen in the dark whilst not looking out of place on daytime rides.

With a stiffness rating of six, these shoes sit at the lower end of the stiffness range where Scott’s shoes are concerned, with the cross country race shoes, the MTB RC SL getting a score of 10 and most of Scott’s more casual recreational shoes scoring six also. The shoe is aimed at trail, cross country or gravel riders that want a sleek, efficient shoe that doesn't weigh too much either (656g for a pair of size 38’s). In fact, due to the reflective nature, I’ve mostly used these when on gravel test bikes and likely to hit the road. 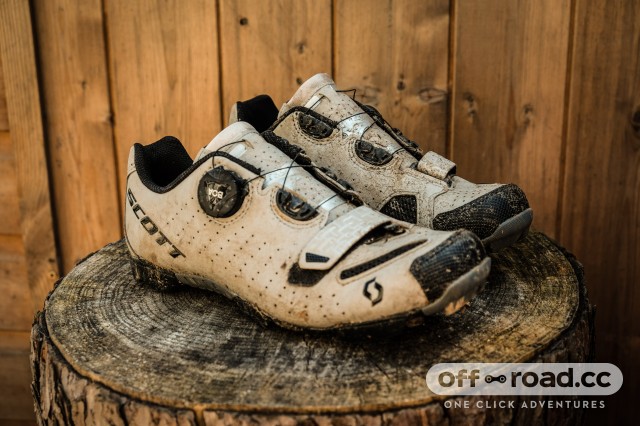 The shoes are designed to have a women’s specific fit, but without trying both the unisex and the women’s shoes, it's impossible to compare. It is enough to say though, that these shoes were superbly comfortable from the very start, although a little narrow in the toe box. That said it never caused me any problems or pain but if you have wide feet it might be wise to try before you buy. 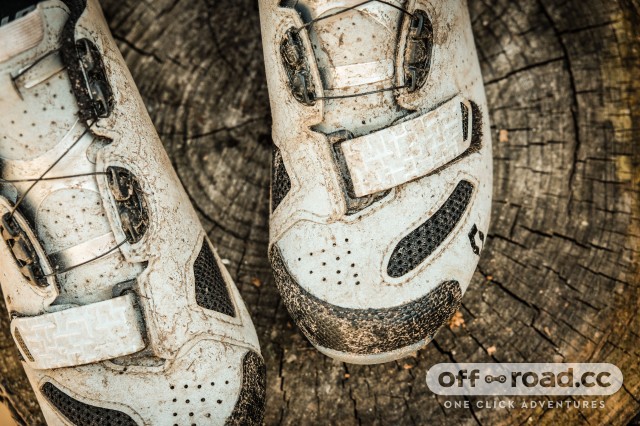 The shoes fit securely and even given the relatively low stiffness rating they are supportive when pedalling and of course, easy to walk in than other stiffer XC shoes I’ve tested. The Boa Fit System L6 dial allows pressure free tightening, I found I didn’t really need to use the lower Velcro strap, leaving it loose due to the narrowness of the shoe at this end of the foot. 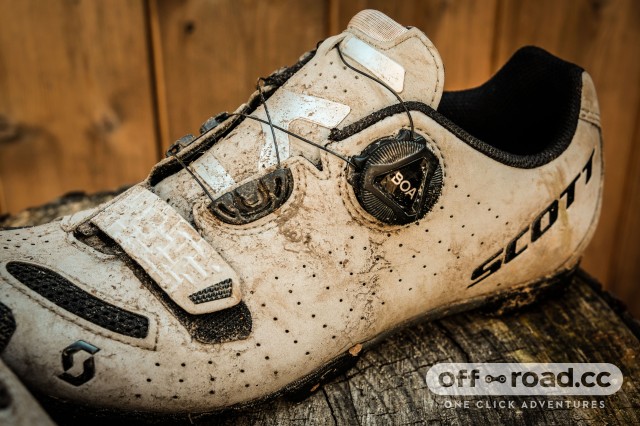 The sole of the MTB Comp Boa’s is adequately grippy, it's not the grippiest shoe I’ve ever walked in but it does well considering the relatively shallow tread depth. To increase grip further you can always add different studs at the toe end, the plastic ones here have worn pretty quickly. 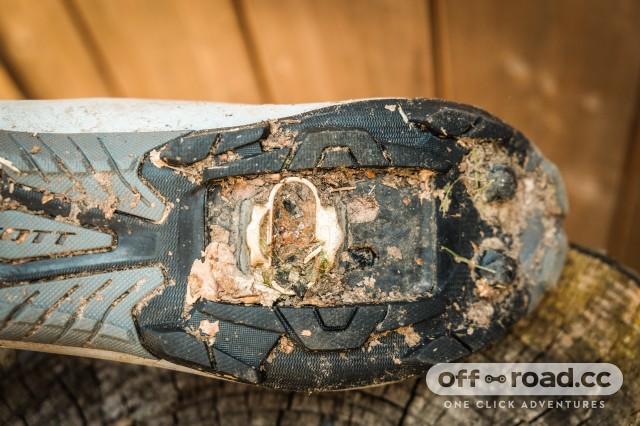 The reflective outer of the shoe is constructed from synthetic polyurethane with what Scott calls 3D Airmesh located on the outer edge of the toe. These are reasonable cool to wear but not as well ventilated as something like the Shimano XC7’s. That’s no bad thing though, as they are these shoes will see you through chilly shoulder months as well as the summer ones. Reflective shoes are a great idea, the MTB Comp Boa’s are fully reflective in 360 degrees and the fact that your feet are always on the move means the shoes catch drivers attention when illuminated. The reflective parts do look pretty dirty quite quickly but a quick wipe off with a wet cloth smartens them up again. 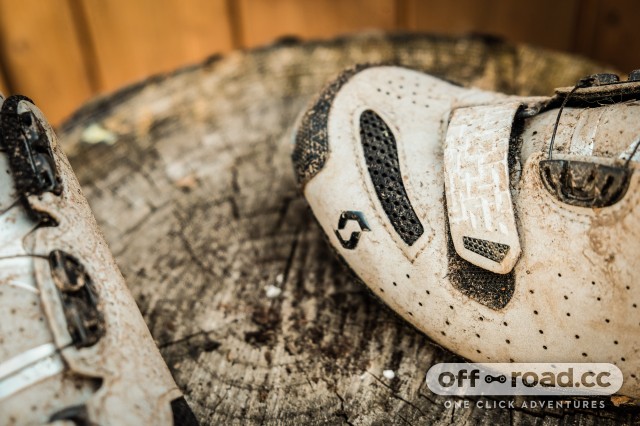 At £99.99 (for both men's and women's), the shoes are good value, they are much more comfortable than the Giro Manta R’s I’ve tested previously (£130) and they are on par with the Fizik M6B Donna’s (£110) with the Scott shoes perhaps a little less stiff, but there isn’t a whole lot in it. The reflective version isn't any more expensive than the regular coloured version and it's worth thinking about purchasing these if you tend to go out on long adventures and get caught in the dark on the road.

In general, I like Scott shoes, I’m still wearing my test set of MTB AR Boa Clip Lady shoes and if the hardiness of these is reflected in the MTB Comp Boa Lady’s then they will last a long time and be well worth the money.