Skip to main content
Log In Register
Fickaskap Waterproof Phone and Valuables Wallet £27.00
A waterproof, effective and convenient companion for your rides – if you don't mind the price 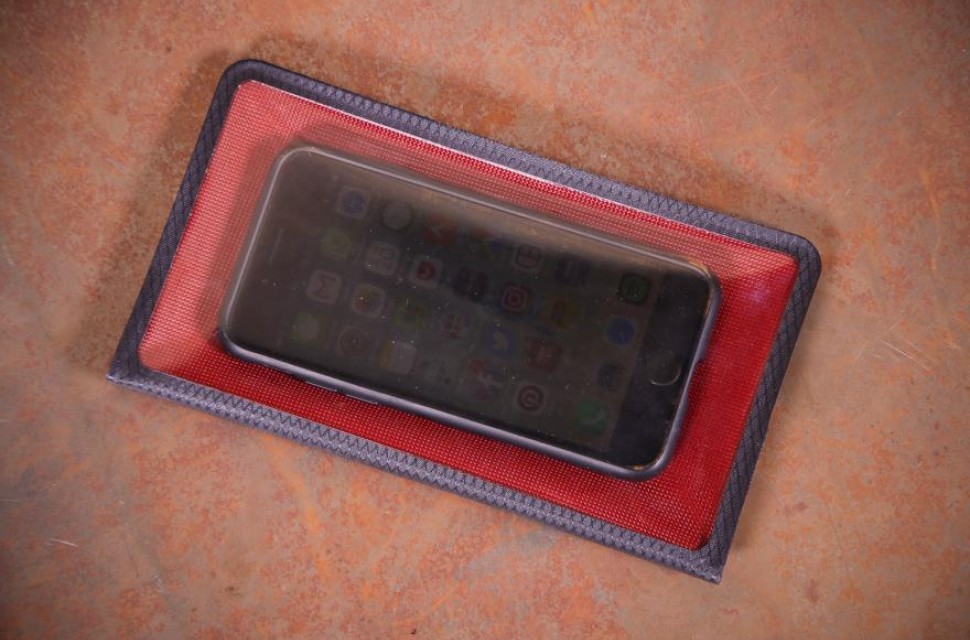 Ian Walker
|
Jan 17 2018
|
Overall
Quality
Performance
Value
What's good?
What's not?
Buy if...
You want a waterproof wallet that is dustproof and touch enabled so you can use your phone without taking it out of the case.

The Fickaskap Waterproof Phone and Valuables Wallet is a slim, sealed case that keeps your smartphone, bank cards and cash in a single convenient stash without worrying about the effects of sweat or rain. If you want peace of mind when carrying your phone on a ride, and don't mind paying for it, this is worth a look.

The Fickaskap wallet is made of sturdy, ripstop material, welded reassuringly around the edges. The interior has a full-sized fabric divider that splits the space into a front area for your phone and a separate back area for your cards and cash. Once filled, there is a ziplock-style closure to seal everything in, and then for added protection the top of the wallet folds over and seals with Velcro.

Fickaskap makes the wallet in two sizes: regular, which fits phones up to 147x80mm, and large, which fits phones up to 167x90mm. I tested the large, which comfortably swallowed my 5.5-inch Oneplus phone. Once sealed inside, the phone is still totally usable – although in my case I had to disable the 'Pocket mode', which prevents the phone from waking up when its front is pressed against a surface. The touchscreen still worked through the transparent front of the wallet even when I wore neoprene gloves. The large wallet slipped easily into a normal jersey pocket. 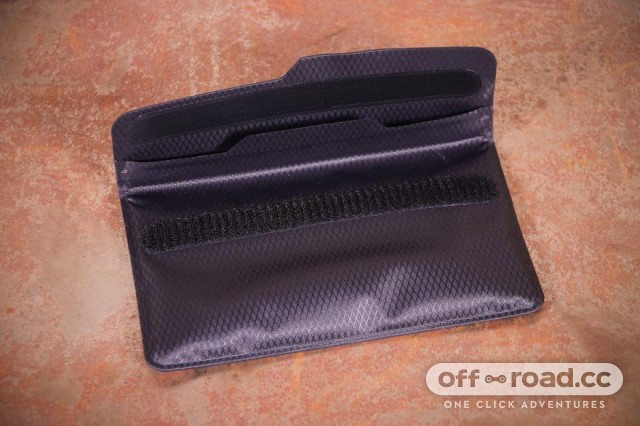 The big attraction of this wallet is that it's claimed to be totally waterproof, which could be important if you're carrying an expensive smartphone in a sweaty pocket in a rain shower. In testing, I found no problems whatsoever with moisture from my body getting inside the wallet, even when I just folded over the top and didn't bother sealing the ziplock seal. For an even tougher test, I put some tissue paper into each compartment, sealed up the wallet and then submerged in a sink of water for a couple of minutes. The contents stayed completely dry. The waterproofing claims seem valid. 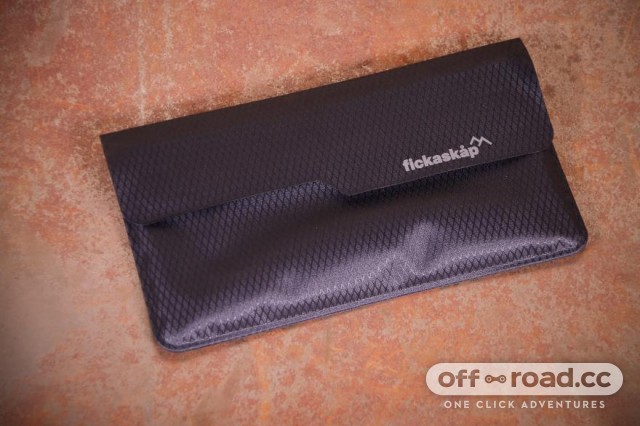 Overall, this is a very convenient wallet to take on a ride. I liked being able to have all my valuables in one place, felt confident my phone was protected from the elements and appreciated being able to use it without removing it from its waterproof nest. The only question mark concerns the price – are the convenience and peace of mind you get from this wallet worth spending over 25 quid? That's for you to decide.

For less money you could get two waterproof Lezyne Caddy Sacks – one for your phone and one for your valuables – but that's twice as many things to keep track of and you'd have to remove your phone from the case before you could look at it, which could be a problem in the rain. Put like that, the Fickaskap definitely looks more convenient. And it is certainly a lot more sturdy than the couple of sandwich bags that I've employed in the past.