Skip to main content
Log In Register
Vitus Sommet VR £1,700.00
The Sommet VR isn’t perfect, but sure is killer value, and can do a job that’s virtually unique at this price point 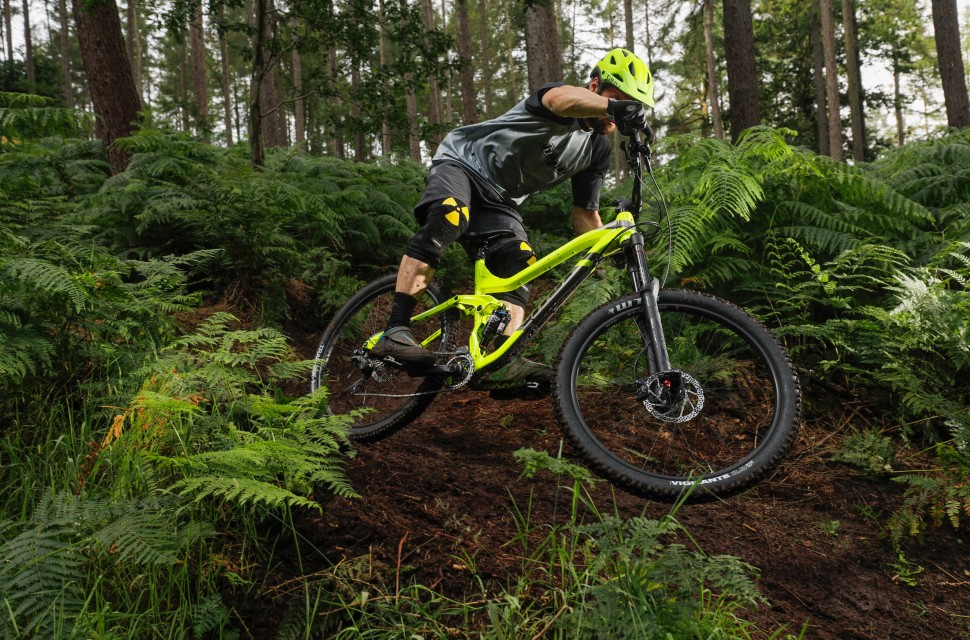 The 155mm rear travel Sommet is Vitus’ enduro/all mountain bike available in both aluminium and carbon frame options. This well-specced VR version is the cheapest, but it still nails the essentials for smashing around the woods or dipping your toes into enduro racing. With quality RockShox suspension and essentials like a dropper post and grippy tyres, the VR was already a good deal at two grand, but this year’s model now has another £300 off, making it even more attractive.

The Sommet VR has a triple-butted aluminium frame available in three sizes, all coming with 435mm chainstays and a ‘V-Link’ suspension design. The suspension uses a four bar design with a Horst link chainstay pivot, with the twist of an additional link at the bottom of the shock that rotates forwards to keep the suspension more linear (therefore less ramp up) through the travel. 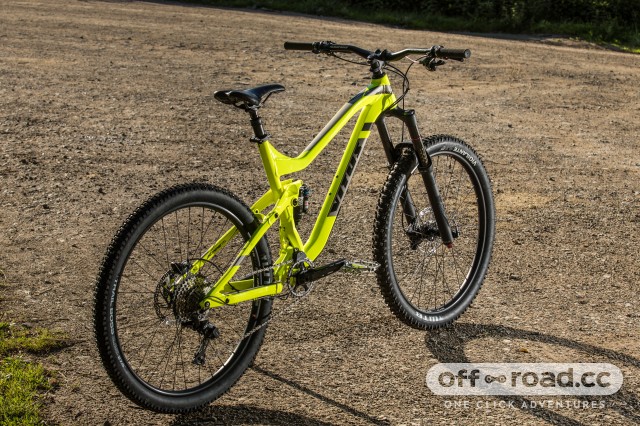 In terms of sizing, the Sommet is relatively modern, but the design is a few years old now and slightly shorter than the latest generation of enduro bikes. It’s also a bit tall at the seat tower, so we opted for a size bigger than Vitus recommends for our height, opting for the 19" frame. Riders craving a longer reach number and wheelbase and doing similar will need to consider the reduced standover clearance and how it’s hard to drop the saddle low enough. 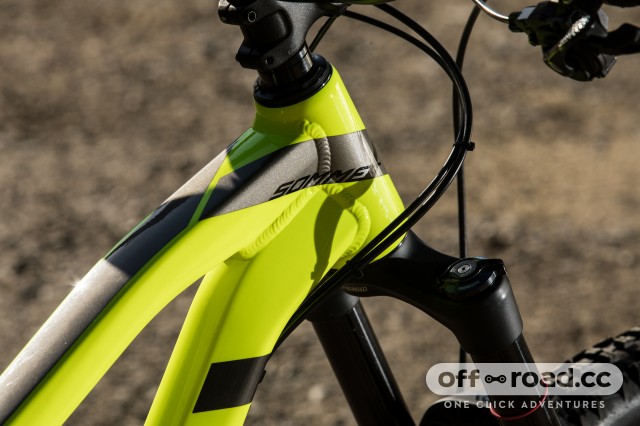 The included kit is fantastic value, especially the internally-routed Brand X Ascend dropper post with a really good remote lever. The VR’s RockShox suspension uses the same Monarch Plus RC3 shock as on the most expensive carbon Sommets, right down to the Debonair air spring technology to improve grip and sensitivity over small bumps. The beefy 160mm travel Yari RC front fork is a slightly cheaper model than the more common Pike fork and also uses a less sophisticated Mission Control (rather than Charger) damper inside. It’s still a solid performer though, coming with effective high-speed compression damping and the superior Solo Air spring, together with a really stiff chassis that clamps the front wheel with a sturdy bolt-thru (non-boost) axle. 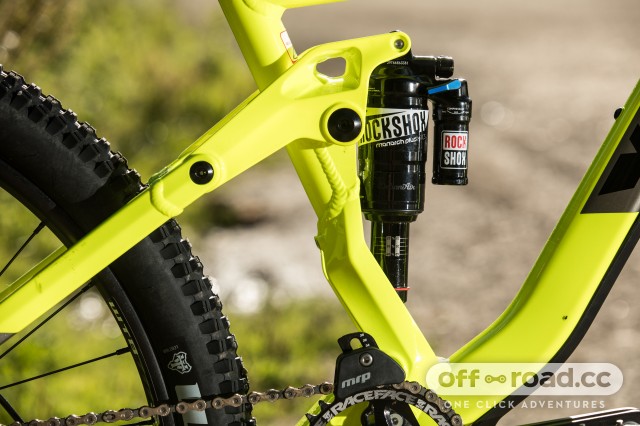 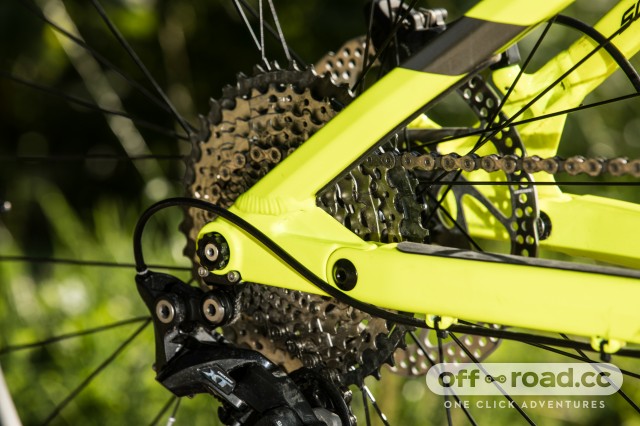 Wide-range Shimano cassettes are heavier than equivalent SRAM models, the gears feel less evenly spread and they also lack the smallest 10-speed gear, but that’s all nit-picking when you consider you’re getting XT kit at this price point, and the cassette doesn’t really restrict function. Just like the excellent and reliable Shimano SLX brakes, we’ve found the drivetrain to be durable enough too on other bikes. 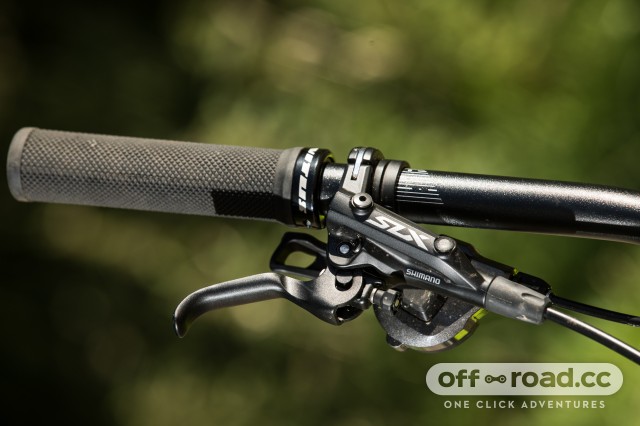 The Sommet’s cockpit and controls are a mix of decent Vitus kit and (sister brand) Nukeproof equipment. The Warhead handlebar is 760mm and an OK shape, but some might want even wider, and while the 50mm handlebar clamp is solid, plenty enduro rigs now run shorter stems for more precise steering control as well.

Novatec hubs laced into WTB, 25mm-inside, rims are about the best you can reasonably expect though, and it shows that Vitus knows what it’s doing when the tubeless-ready WTB tyres are a wider, softer High Grip rubber Vigilante on the front, and a longer lasting, harder compound Trail Boss on the rear. 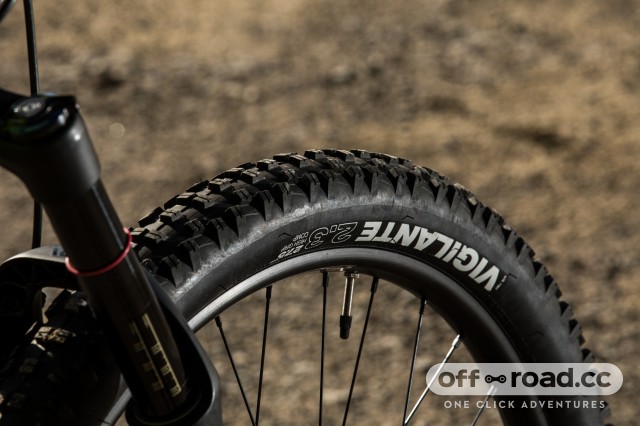 With well-controlled travel and decent angles you can really rip up the trails on the VR. It feels capable and easy to ride, and is one very few bikes for this money that allow you to safely get a shift on in serious terrain. The rear V-Link suspension has good grip and maintains the bike’s rolling speed well through rough stuff, ironing out the creases with a floaty, isolating feel, even over big roots and rocks. 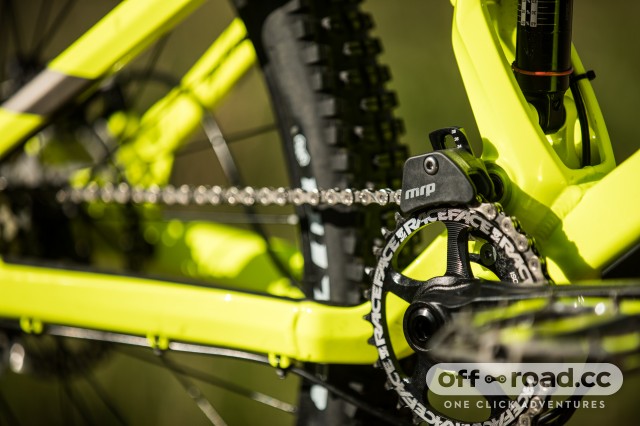 Compared to the best enduro machines, the Sommet range of bikes can feel a little disconnected from terrain at times though, especially in the way the chassis hovers above the contours and skips a few holes, rather than reacting immediately to feed back the finest details of everything under your wheels. This characteristic does make it very smooth and calm though, and may be related to chassis stiffness, since the frame doesn’t feel excessively rigid and taut. This relaxed ride isn’t necessarily a negative though seeing as the 160mm bike doesn’t throw up any nasty surprises and isn’t unsettling even going flat out. 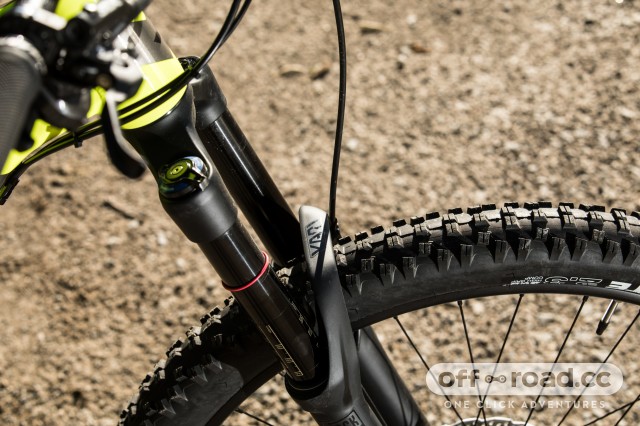 The Sommet has an advertised 65.6-degree head angle, but it doesn’t actually feel that slack or low to the ground, and the BB sits a tad higher than most similar bikes actually riding. One result of this, combined with the suspension feel, is that cornering prowess and handling feels neutral and sorted but the Vitus definitely isn’t as razor sharp and reactive when slashing through berms and turns as some rivals.

Under power, Vitus shout about the Sommet the main pivot location being roughly in line with a 32T chainring to help “keep the pedalling more neutral under power”, but the suspension actually lurches up and down a bit when sprinting or climbing. Stomp the pedals and the bike surges forward as expected, but increased chain tension across the chainring and cassette combine with the V-Link pivot locations and extend the shock, with the mirror reaction that the bike then ‘dips’ between each pedal stroke. This trait is presumably designed to balance rider weight shifts when accelerating but results in a bit of a weird, egg-shaped power delivery, especially noticeable in bigger cassette cogs on steep climbs. We suspect this chain force interaction may also contribute subtly to the way the suspension feels less effective and reactive over small bumps on the way back down too. This behaviour is all relatively subtle though, so it’s not a deal-breaker, and the Sommet is still efficient enough to get a move on and doesn’t ever feel too heavy or sluggish. 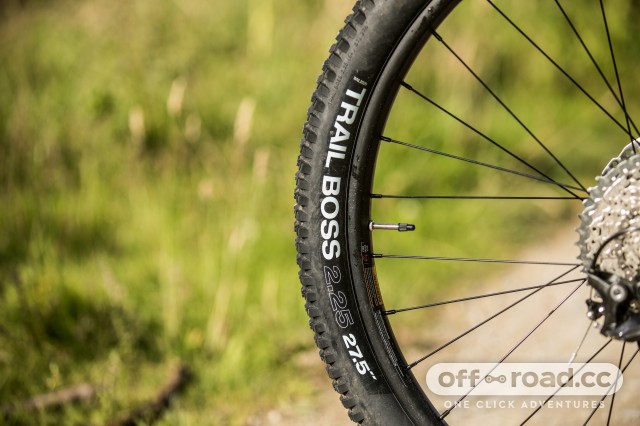 Overall, it’s easy to ignore the relatively minor niggles like the taller frame and the quirky pedalling character when it doesn’t interfere with how the Sommet VR delivers composure at speed and capability in rough terrain. A quick survey of the competition in this cheaper enduro/160mm bike rapidly reveals just how much value the VR package offers, so it’s hard not to recommend hitting the ‘buy now’ button at £1,700. 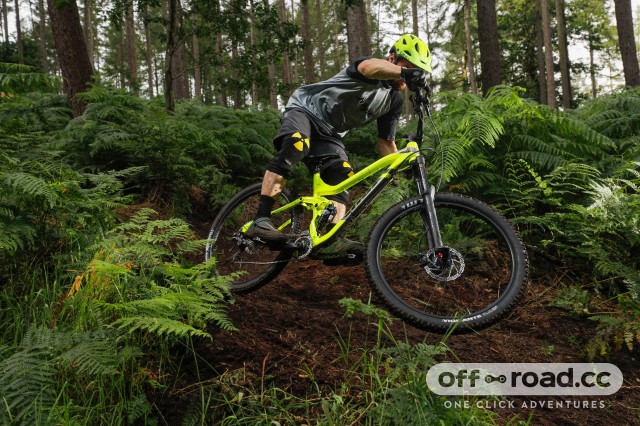 The Sommet VR isn’t perfect, but sure is killer value, and can do a job that’s virtually unique at this price point. Even with a few minor quirks in the ride and sizing it’s hard to argue against Vitus’ offer when you’ll have to pay a chunk more elsewhere to get such a dialled spec and, crucially, to feel as confident going downhill fast.