Skip to main content
Log In Register
Transition Smuggler X01 Alloy £5,050.00
A great mix of playfully agile and confidence inspiring, this is a superb trail bike 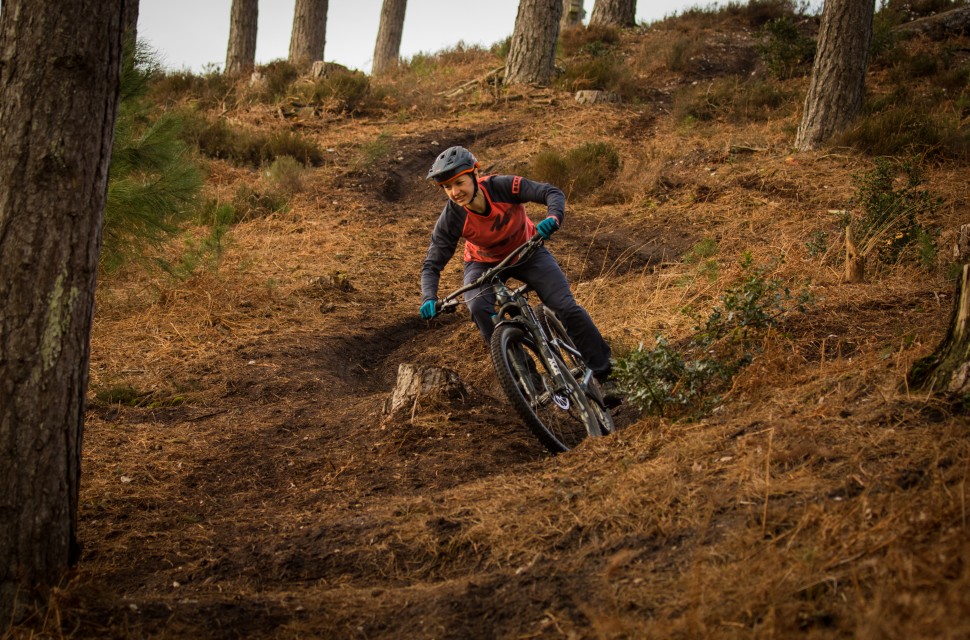 Rachael Wight
|
Mar 22 2018
|
Overall
Quality
Performance
Value
What's good?
What's not?
Buy if...
You want a bike that's a happy hitting up XC miles as it is pushing you out of your comfort zone on steep natural trails

The Transition Smuggler is the trail bike of your dreams, it’s agile and nimble yet retains the ability to plough through the rough. It makes you climb like you are the best version of yourself and is an absolute hoot downhill. It’s a little on the hefty side but when a bike is this versatile and this much fun to ride, you really won’t care.

Get the facts straight

The Smuggler is a 120mm 29er that uses a 140mm fork. It’s been redesigned for 2018 making the travel longer by 5mm and also incorporating a fork which is 10mm longer than the 2017 bike. It’s also longer, lower and slacker than last years bike with geometry figures that on paper make for a pretty pleasing sight. 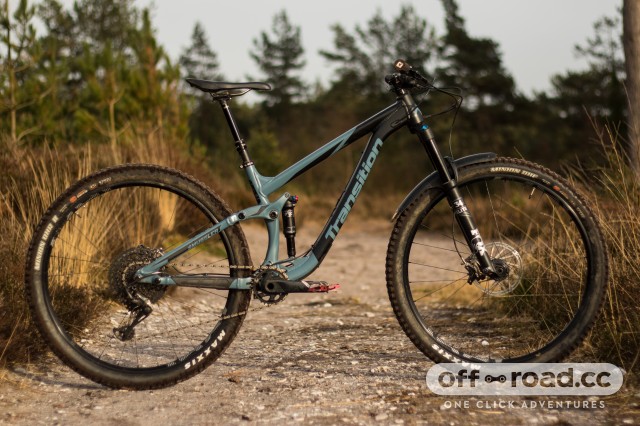 With the arrival of the 2018 Transition line up there also came SBG – Speed Balance Geometry, the acronym that describes the brands move to use a shorter offset on their forks. A shorter offset brings the front axle of the bike more rearwards underneath the rider, it increases the ‘trail figure’ and shortens the wheelbase. More trail helps to increase front wheel traction whilst the shorter wheelbase counteracts the effect of a slacker head angle. 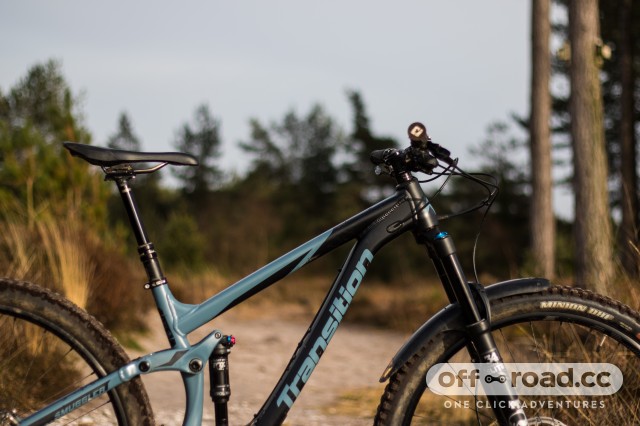 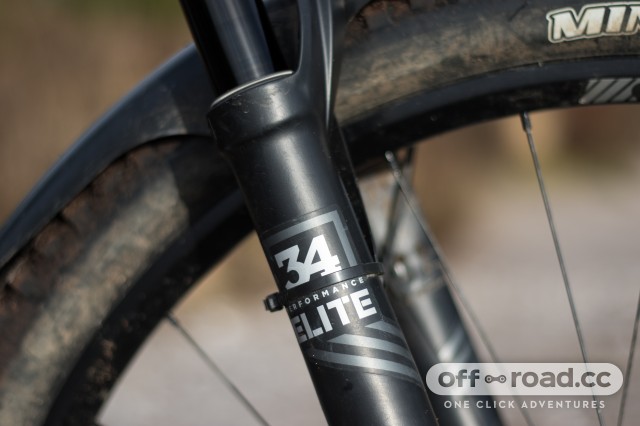 Our test bike is the top of the range alloy bike coming in at a whopping £5050, a mighty price tag with a spec which is not the best value. The top X01 build gets Fox 34 Float Fit 4 Performance Elite forks, a Fox DPS Performance Elite shock, carbon SRAM Truvativ Descendant cranks, an XO1 mech, GX eagle cassette and SRAM RSC brakes. It's kept rolling by some E*Thirteen wheels which saw the hubs take a battering and need some TLC in our 3 month test period.There are 2.3” Maxxis tyres (a DHF on the front and a DHR on the rear) and a short 125mm Rockshox Reverb Stealth dropper post. 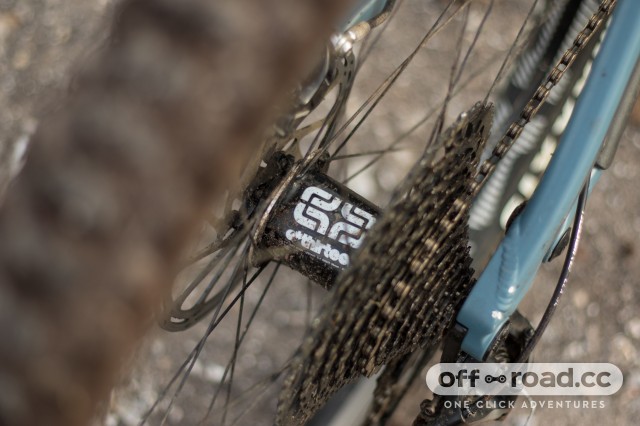 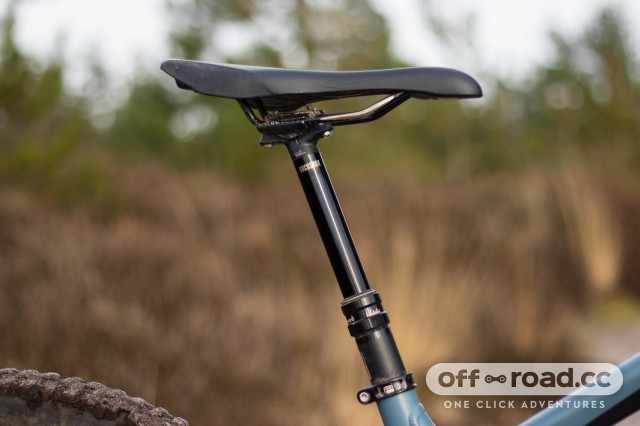 Transition claim the weight of this bike to be 31.1lbs but we've weighed it as 32lbs (14.5kg) without pedals – frighteningly heavy for a trail bike and seeing as this is a sum of some quite light parts (wheels, for example, weigh 1910g, not bad for a 29er alloy wheelset), we conclude the weight is in the frame. Transition state the frame weight of a medium bike is 8.5lbs (3.99kg) 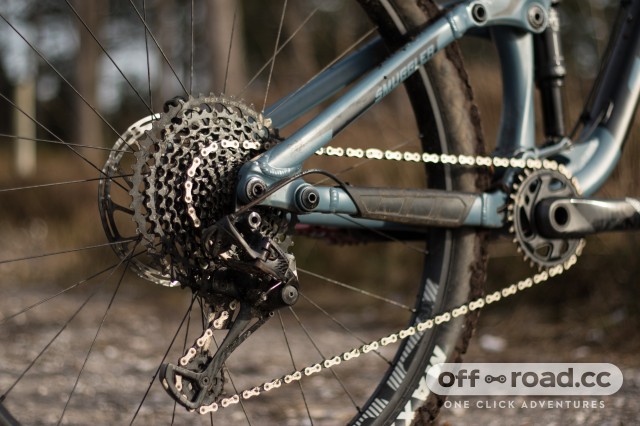 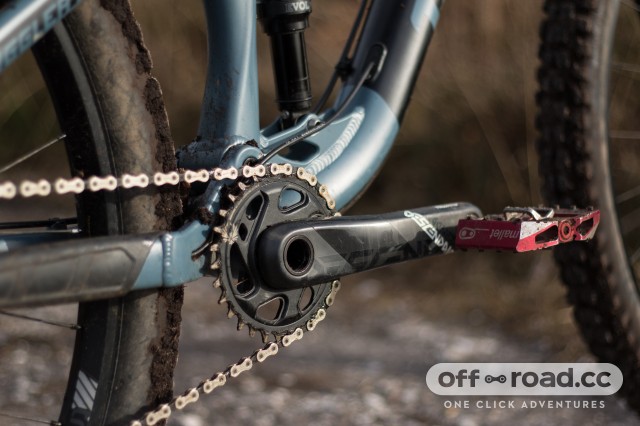 Hit the dirt on the Smuggler and you’ll immediately feel at home, it has a very comfortable and roomy seated position, the steep seat angle of 76.3° and reach of 450mm on my medium bike make sure of that. The reach is more than adequate for most riders making the transition from a shorter bike but I think this could be pushed out further still. I’m only 5’4” and could easily manage and would benefit from the stability that another 10mm of reach would give me. Here its worth mentioning that the seat tube of this medium frame is 410mm and the large is 450mm so I can’t size up to gain that extra reach, still there are four sizes in the range from small to extra large so most riders will find something that suits, especially with those shorter than average seat tubes. 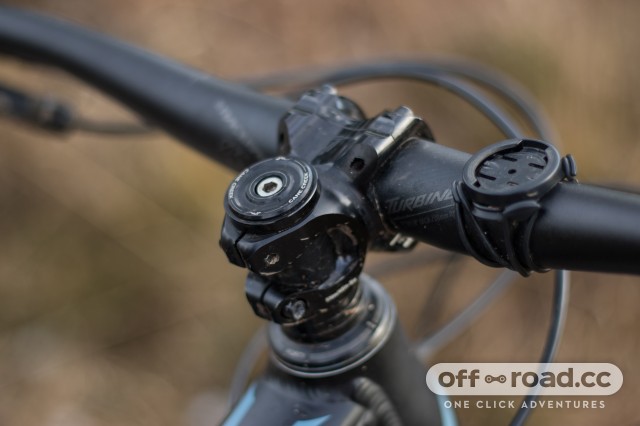 The 76.3° seat tube angle is steeper than most and plays its hand when climbing, even given the weight of this bike, it climbs effortlessly, the steep seat angle placing your body weight in a more efficient place for climbing allowing you to press downwards on the pedals rather than slightly forwards. It also takes your weight further towards the front of the bike, away from the rear axle, meaning its easier to keep the front wheel on the ground when tackling a techy trail. You’ll feel like you best and most powerful self on this bike, just imagine if it was a little lighter! 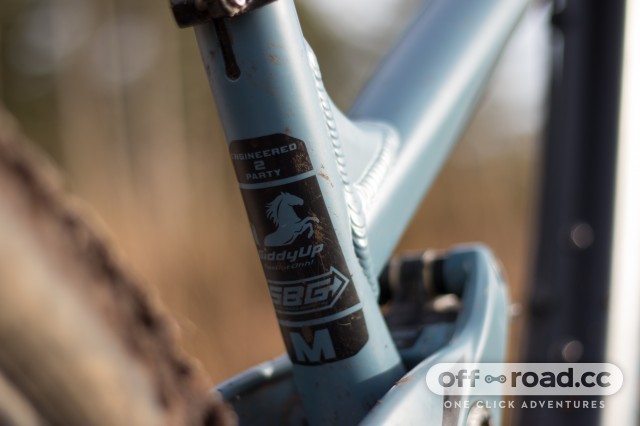 Now, a bulky bike isn’t always a bad thing, ok, climbing might be made even easier with a little less ballast to haul around but when the trail switches direction and starts going downhill the weight can equal an improved ride quality if the weight is in the frame rather than the wheels or any rotating mass.  A heavier bike can move more willingly through its travel which can make for a plusher ride as long as the suspension is adept at dealing with this mass. The Fox Float Fit 4 Performance Elite forks and the Fox DPS Performance Elite shock try hard to cope and perform well but fall a little short. The forks, whilst plush at the beginning of the travel, have a digressive leverage curve mean they fall through their travel very easily when faced with high speed impacts and tend to wallow a little, with less mid stroke support than I’d like. I tried to ‘fix the problem by dialling on more compression damping which did provide me with more support in the mid stroke but also contributed to a harsher ride overall. 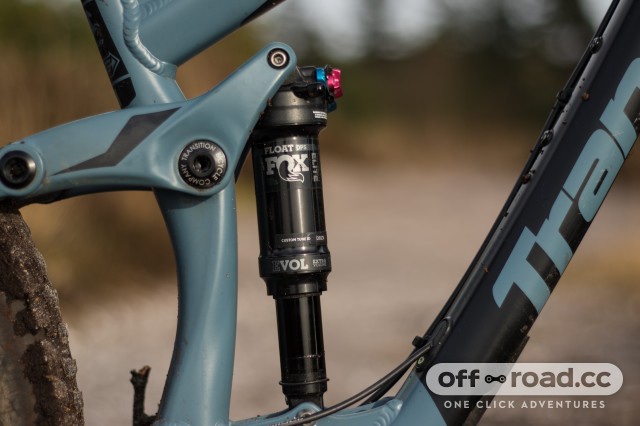 The DPS shock fares better, only overcome when the bike is pushed seriously close to the limit of where a 120mm travel bike should go. The suspension is seriously supple for a shorter travel bike, eating up trail chunder with ease. It produced a playful feeling too helping the bike keep some of its nimble, trail bike agility. Even stacked with the largest volume reduce Fox can put in this shock, when faced with a large compression of a bigger than average drop, the bike bottomed out but some of those trail features ridden aren’t exactly in the average trail bike repertoire, if there were such a thing. 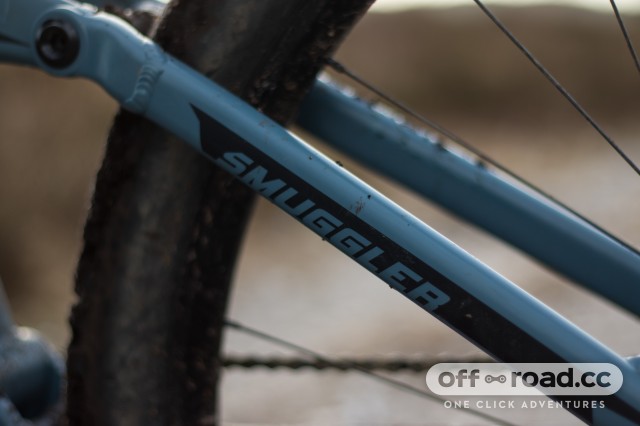 In its comfort zone

Speaking of where a trail bike should and shouldn’t go, I took this bike pretty much everywhere, from my playful and smooth local trails to some of the steepest trail gold on Welsh hillsides. The Smuggler took each in its stride, blowing me away by how stable and confidence inspiring it was in the steeps and how quick and lithe it was when the going got twisty. The geometry of this bike adds up to a package that allowed me to find the middle of the bike and centre my weight there. Whether it was the shorter fork offset or the longer reach, the bike encourages you to weight the front wheel and really ride it hard into and out of corners. Moving around on the bike is easy, with your weight in the middle of the bike it means you feel grounded, stable and very much ‘in’ the bike rather than on top of it. 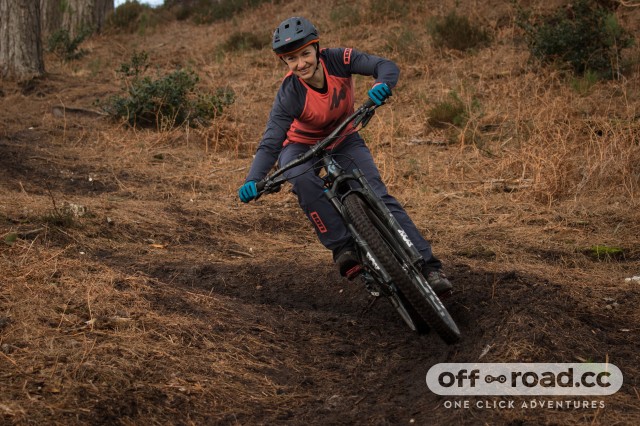 Steep and tech or fast and flowy or even an XC mission with its climbing capability and trail taming nature on the descents the Smuggler has it all in hand. It’s playful enough to make the most of flatter trail whilst the 66° head angle allows some raucous moves in more difficult terrain. If I could play around with the geometry of this bike, I’d love to see what it felt like with 5 or 10mm added to the chainstays for just a touch more stability when things get fast in a straight line, I’d also like to see what a 65° head angle does with regards to lengthening the wheelbase further from the current 1184mm. These alterations would take it closer to the figures of the enduro machine, the Transition Sentinel though, so I guess it makes sense for the Smuggler to stay as it is in the trail bike camp. 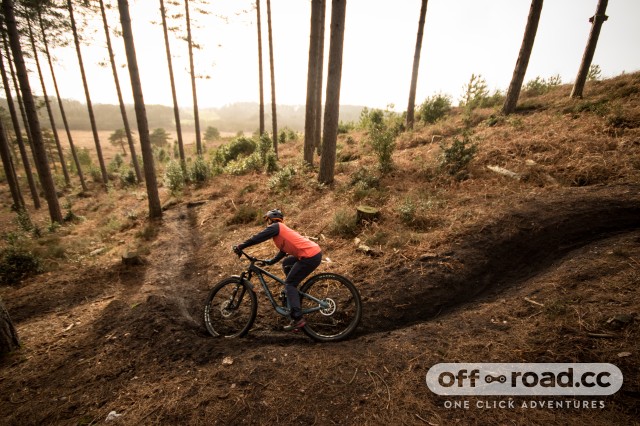 It was a sad goodbye moving the Smuggler out of my garage and back into the care of Windwave owners, it truly is a one bike does it all for UK riding. It could be lighter and yes, it is expensive but the weight is all but unnoticeable when riding and its so much fun to ride you’ll instantly forget about the price when hitting the dirt - believe the hype, this bike is very good! 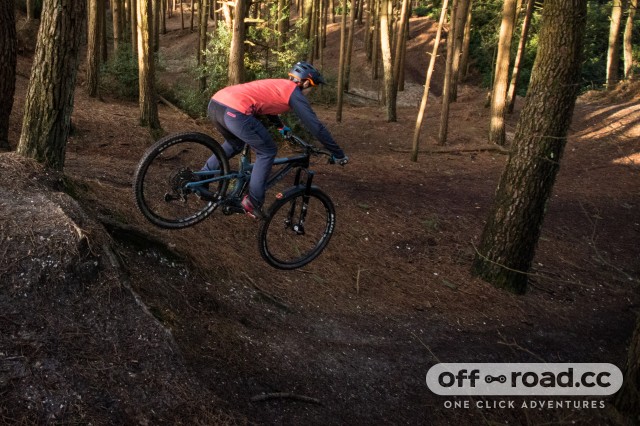