Skip to main content
Log In Register
Specialized Fuse Comp 29 review £1,250.00
It's a bit too heavy for distance and a bit tame for getting wild, but there's a solid trail hardtail here regardless 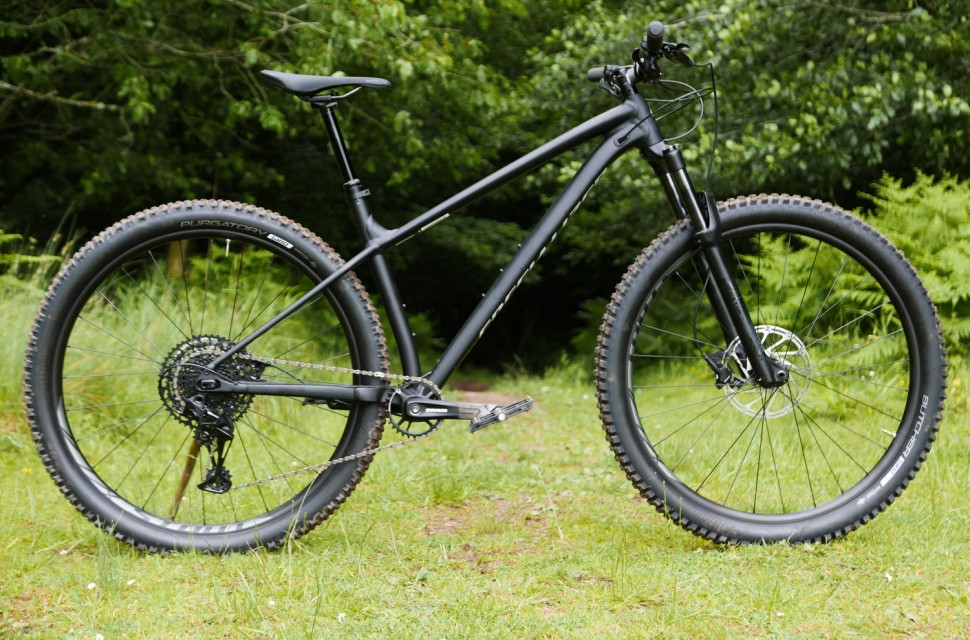 Jon Woodhouse
|
Jun 18 2019
|
Overall
Quality
Performance
Value
What's good?
What's not?
Buy if...
You're after a fun trail hardtail and don't mind putting in the effort

Specialized's Fuse Comp 29 is a 130mm trail hardtail that blends balanced handling with some very neat features. It's got a very respectable spec list for a shop bought bike, but dedicated distance sluggers will find it too heavy and those after techy thrills will find the geometry a bit tame.

The Fuse Comp 29 sits in the middle of the three bike lineup and it shares both 29" wheels and the high-end M4 aluminium frame with the more expensive bike. That gets you a lighter frame as well as adjustable dropouts that allow geometry tweaking or the ability to run it as a singlespeed, should you hate knee cartilage.

Up front, it's got a 130mm travel RockShox Recon fork with a proper tapered steerer and Boost hub spacing and through axles front and rear to boot. The fact that the bike comes dressed in Specialized's new, more aggressive own-brand Purgatory and Butcher tyres in a chunky 2.6" diameter gives you some idea that this is a machine with pretentions beyond trail centre blue run bimbling too. 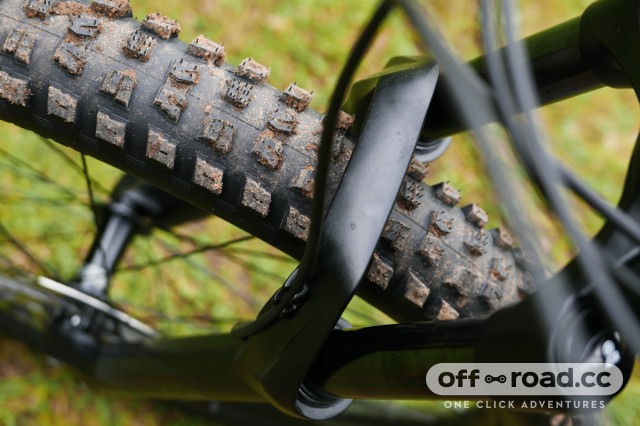 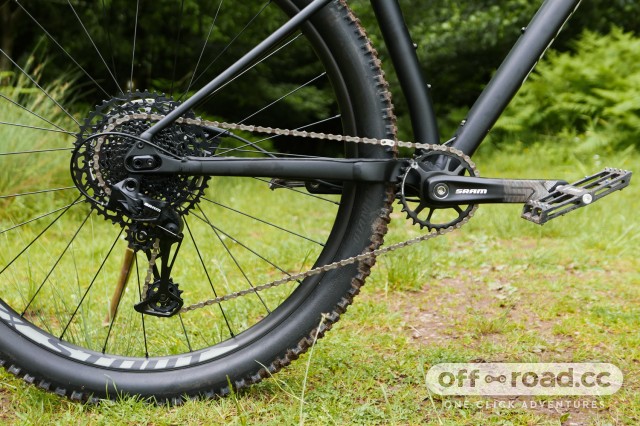 IIIt's also one of the first bikes we've seen to come with SRAM's new SX Eagle groupset, which offers all of the 12-speed goodness of their more expensive groupsets, just at a massively reduced price and with a 11-50T cassette rather than 10-50T. SRAM also serves up the Level brakes, which are solid enough performers. 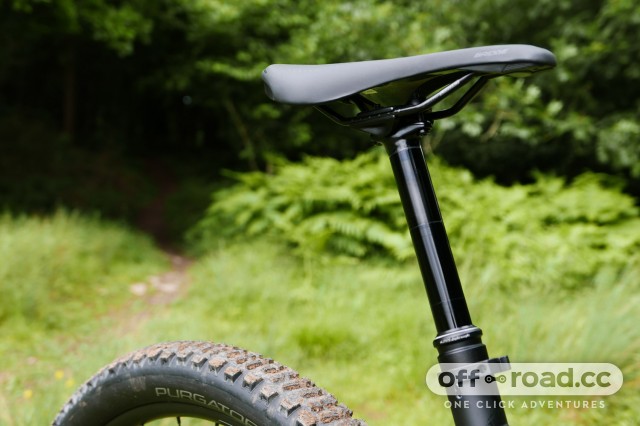 It's also a very reassuring sight to see not just an internally routed dropper post fitted as standard, but one with a full 150mm of travel on the large and extra-large frames. Pair that with the big 780mm wide bars and dinky stem plus the murdered out, matte black paint job and you'd be forgiven for thinking you were dealing with a properly hardcore trail brawler. 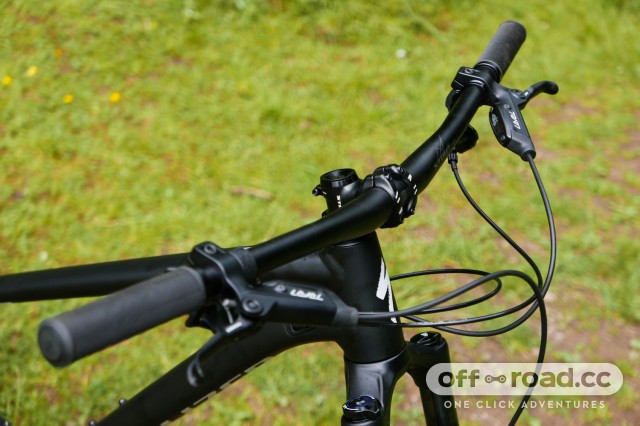 Once you hit the dirt, it becomes a bit more obvious that while it's a pretty radical trail hardtail by the standards of what Specialized has made before, it's still pretty tame in the big scheme of things.

Grippy rubber, whatever the weather 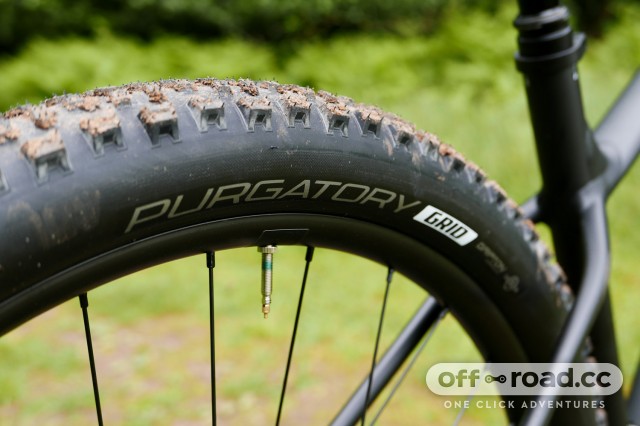 The fat tyres do provide plenty of grip and plenty of positive bite, even in the wet. It is slightly odd that the front tyre uses the heavier Grid Trail casing while the rear gets the thinner Grid. It does stop the floppy, twangy feel I've had from the carcass of 2.6" sized Grid casing tyres on the front, but you generally want to be running a heavier duty casing on the rear of any hardtail, what with the lack of springs at that end. It is possible to run them tubeless on the Specialized own-brand rims, which should be early on any potential owner's to-do list. 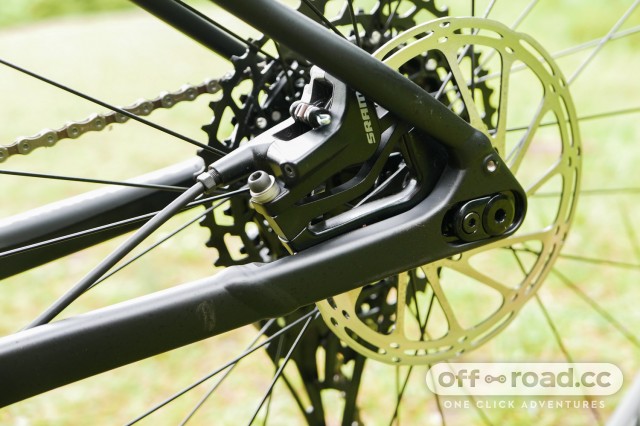 Talking of springs, the RockShox Recon fork is decent enough for a budget fork, but it's pretty easy to overwhelm the damping if you start hitting extended rock sections and it blends with a bit of chassis twang to leave you wondering where it might take you next - and not in a positive way.

In fairness, it's fitted to a lot of bikes around this price, but if you're going to try and get rad on the Fuse then the geometry isn't exactly standing in your corner ready to back you up. Despite the big bars giving you a feeling of authority, the 67º head angle isn't choppered out enough to walk the talk, so it can get a bit twitchy at the front once the gradient really dives. At 460mm reach for the large I rode, it's not a short bike by any means, but it's not hugely rangy either, though a big bottom bracket drop does give you a nice feeling of mid-corner stability. 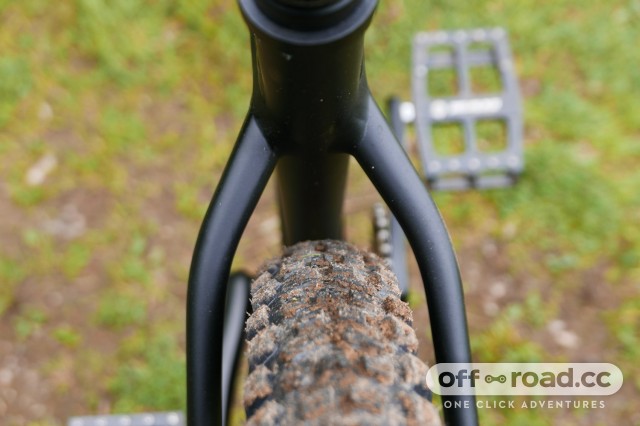 All this would be perfectly reasonable if you fancied sticking to tamer trails, where it all does a very nice job of swooping through flowing singletrack without feeling like you're pushing an enduro-wheelbarrow around. The issue that then arises is weight.

A question of mass 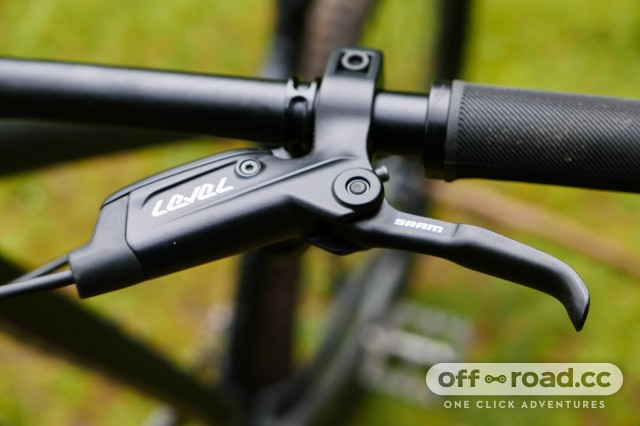 At 15kg, this is a heavy, heavy bike. It's well over a kilo heavier than the £1, 300 Sonder Transmitter NX we tested and that was a kilo more than the £1,400 Vitus Sentier 27 VRS. The sheer bulk means it's not exactly raring to pick up speed, with the momentum killing properties of that extra mass very apparent when you hit a sudden rise in the trail.

Of course, this is where all that extra range of the SRAM SX Eagle group that this bike has and those don't should come in useful - and it does on prolong steep climbs - but the groupset is partially to blame for the high overall weight.

The rear wheel, complete with cassette and (tubed) tyre, tips the scales at 3.36kg, which is a lot. SX Eagle might have all the features of SRAM's higher end groupsets, but the penalty is weight and lots of it, especially in the NX level cassette. That extra range is great and all, but if the side effect is you needing to use it all the time then it seems somewhat moot. 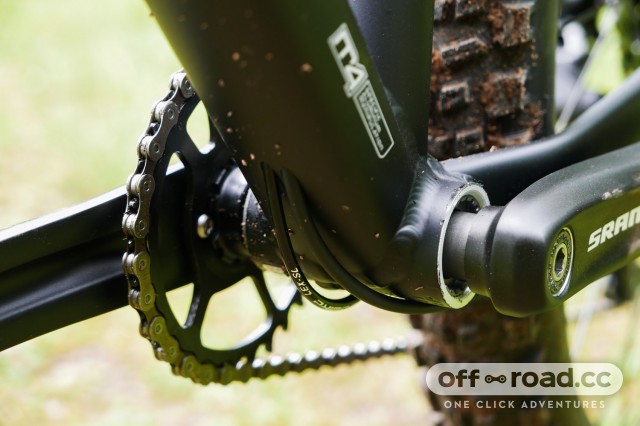 It's a little premature to criticise the groupset further, but I wasn't blown away by shifting performance either, with lots of play in the rear mech and a lot of noise in the bigger sprockets. The old style internal bearing bottom bracket means you'll need to pay close attention to your crank bolts or risk writing the whole lot off too.

The weight also makes me wonder about the wisdom of the adjustable length dropouts - I strongly suspect tweaking chainstay length is a party trick most owners will only do once and then leave it be, so adding weight here seems unnecessary. Much as I enjoy singlespeeds, I'm not sure the ability to use it as one would be the tiebreaker in whether I'd buy this bike either. 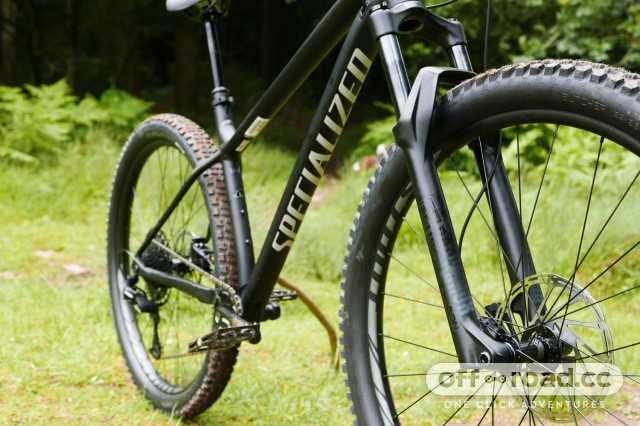 At the heart of the Fuse, there's a really nicely made frame with great detailing throughout. The geometry might not be new-skool radness, but if you want a bike that'll tackle some steeper and twistier natural trails without killing you then it does the trick and retains a bit of steering verve on flatter stuff. The adjustable dropouts are a nice thing to have should you want to play about with geometry and gearing too, but that's very much a personal choice.

However, the sheer weight of the thing is really hard to ignore. A combination of factors such as the big rubber, dropper post no doubt contribute to that figure but the real culprit is likely to be that attention-grabbing groupset, which might leave you better off looking at rivals that seem less attractive on paper.

SRAM SX groupset is only 200g heavier than the NX so I doubt the weight is there.

My guess are the wheels, tyres and the massive diameter dropper post.