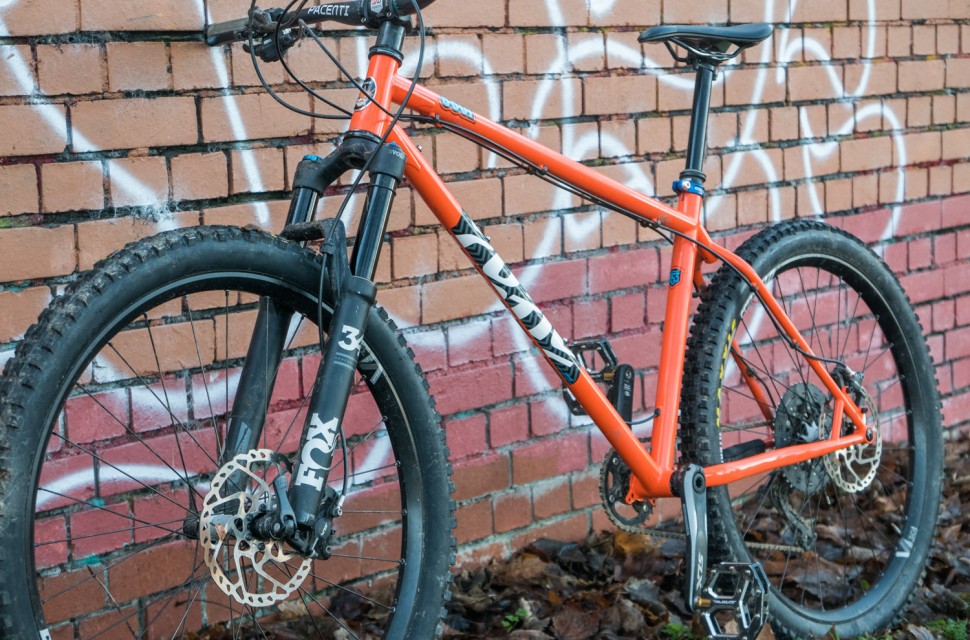 Cotic's Soul trail hardtail has a rich history and somewhat of a cult following, but this fifth-generation model brings it bang up to date with stretched-out 'Longshot' geometry and all mod cons, despite the retro skinny steel looks. It's extremely versatile, hugely capable and a proper hoot to ride, though a steeper seat angle would really help it shine on climbs.

The basic recipe of the Soul has stayed the same since it was introduced; namely a frame with Reynolds 853 steel main tubes and the ability to run 120-140mm forks up front for a versatile do-it-all machine. However, the original 26" wheels are long gone in favour of 650b items and the bike now comes with a tapered headtube, a bolt-through rear end with Boost hub spacing plus a seat tube that'll take an internally routed dropper post. 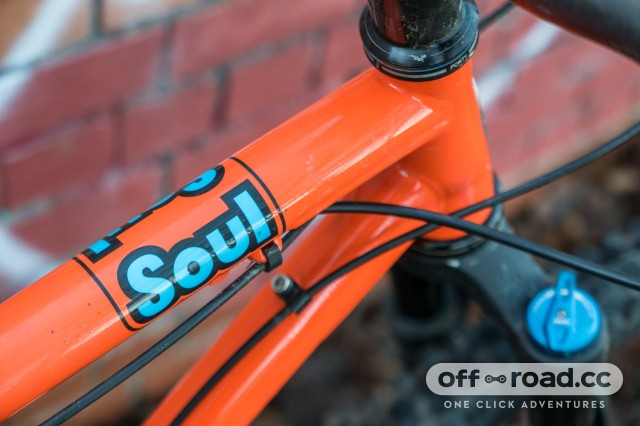 This latest model gets some even more interesting tweaks in the form of Cotic's 'Longshot' geometry, which stretches out the reach and thus the wheelbase for greater stability while shortening up the stem (30-50mm is recommended) to keep the riding position from becoming too stretched out. 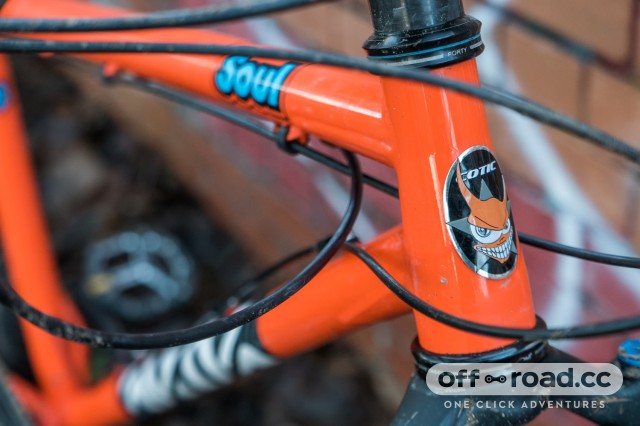 That adds up to a whopping reach of 480mm on the size large, which still gets a reasonably short 460mm seat tube too. That's paired with a head angle of 66º with a 140mm fork or 67º with a 120mm fork fitted. At 172cm tall, I chose the large for the extra reach, though I suspect I'd have been happy with the 452mm of the medium.

The frame detailing is spot on, with nice neat little welds, some no-nonsense bolt-on cable guides and neat gussets on various tube junctions to boost strength. Reynold's 853 steel is a cut above common chromoly, which allows thinner walled tubing for a given strength, giving it a touch more spring and therefore comfort in the process. There's a chainguide mount and you can run single or double rings up front, should you want to. 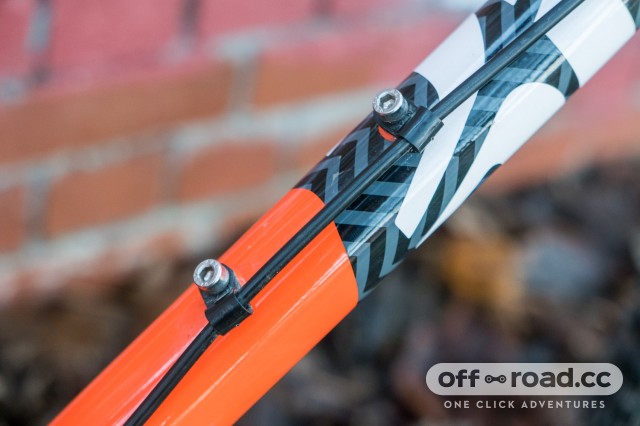 I built the bike up with some reasonably priced but durable kit such as Shimano's SLX drivetrain and brakes, tough DT Swiss H1700 30mm wheels plus a Fox Transfer dropper post and 34 Performance forks set at 130mm of travel. As befits a hardtail, I also popped on some tough Maxxis Double Down casing rubber to enable lower tyre pressures for grip and comfort without killing the rims or ruining the handling.

Cotic offers a number of different builds if you opt for a complete bike, starting at £1,899 for an SLX bike and topping out at £3,799 for a Shimano XTR equipped bike, though custom options (Ti cranks anyone?) can be added onto any of the completes if you've got money burning a hole in your pocket or just fancy tweaking something to perfection. 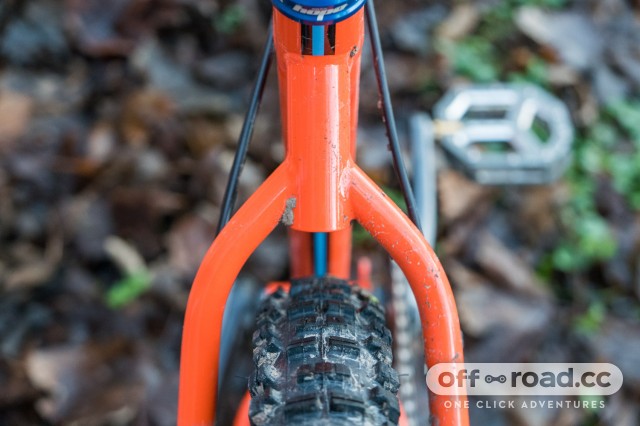 While many go misty-eyed with the magical ride feel of steel - it is real, after all - the Soul is certainly much less harsh feeling than your average aluminium framed bike, though it's not some noodly bendy thing that can have the two axles twisted out of plane with some hard pedalling. It's noticeable less tiring and jarring when you're pedalling bit distances, but it's still precise enough when you want to let rip on something more technical. 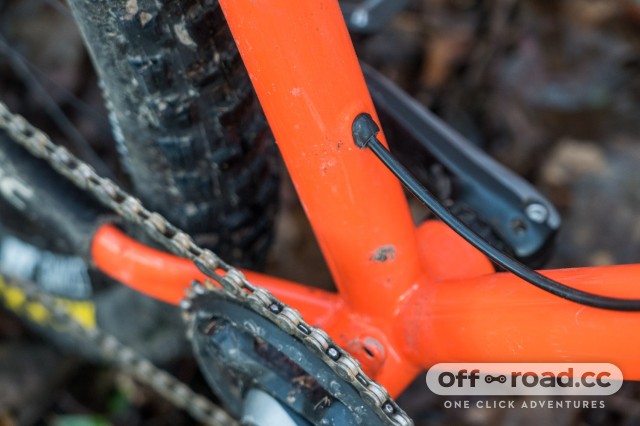 The Soul certainly shines on more technical terrain and I had huge fun using it as a winter hardtail thrasher, where it proved more than capable of tackling some seriously steep and silly terrain, with the super long wheelbase and relaxed head angle managing to make the 130mm of travel up front go much further than you'd expect, though you'll likely want to ram the fork full of volume spacers if you intend to get rowdy. There's clearance for up to 2.6" tyres and I found there was plenty of space with 2.5" Wide Trail style tyres, which added some welcome squish at the rear end. 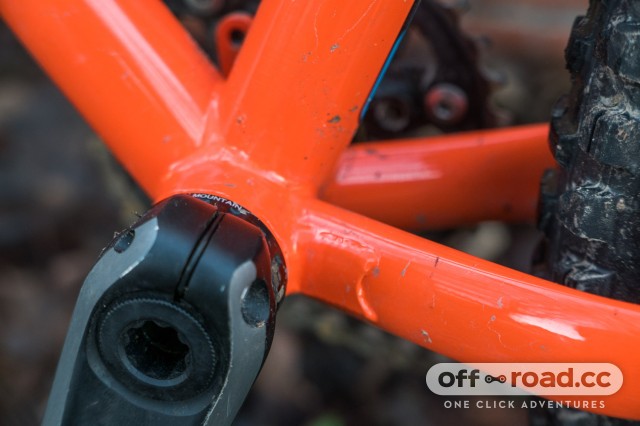 The only real grumble that I could place with the Soul is that the 72º seat angle is definitely on the slack side - that meant that while I found the reach of this large frame fine, the effective top tube was definitely on the long side, even though I ended up running it with a super dinky 20mm Pacenti P-Dent bar and stem combo and the saddle slammed pretty far forwards on the rails.

Cotic say that the idea was to keep the rider well centred when sat and pedalling and I'm sure it'd have been less of an issue if I'd chosen the (recommended size for my height) medium, but I'm a fan of a steep seat angle whatever the occasion as it makes weighting the front of the bike on steep climbs much easier. That said, the fairly short 428mm stays do keep things pretty lively and easy to place at the back, despite the huge front centre.

Even on the large, I could still get myself into a comfortable position for everything from up'n'down death-plummeting sessions in the woods to multi-day bikepacking trips, which does really highlight the versatility of this bike. Build it up with lighter wheels and tyres and you'll be able to dissect swooping singletrack all day long or fit some chunkier kit and launch yourself into whatever foolish you fancy, though if you intend to go full gonzo you should probably look at the burlier BFe frame. 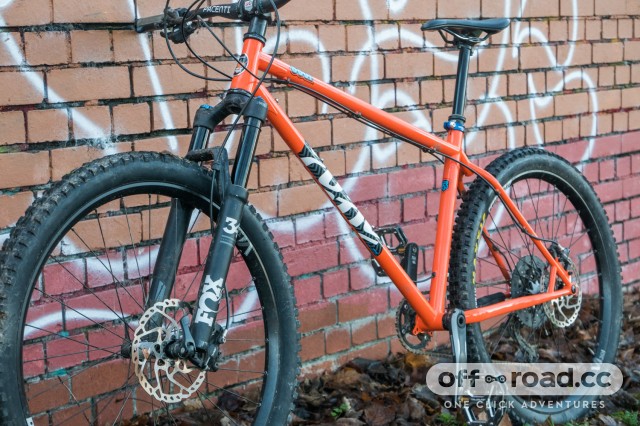 The Soul is a sweet handling machine that's a genuine hoot to ride, whether you just like getting in some singletrack miles or enjoy pushing yourself when it gets a bit more tricky. The Longshot geometry makes it huge capable and stable when you want to push on but it's not a dead-feeling slugger of a bike, with a lovely ride quality and great manners. If you do like a lot of reach on your bike, then the slack seat angle means you'll need to pay attention to the effective top tube if you want to size up, but I strongly suspect that will be a non-issue for most people, as they will be very happy with the stock sizing.