Skip to main content
Log In Register
Thule Vital 8L hydration pack review £125.00
Looks cool, is light and had a great hose system, but it's not super stable and strap ends are unsecured 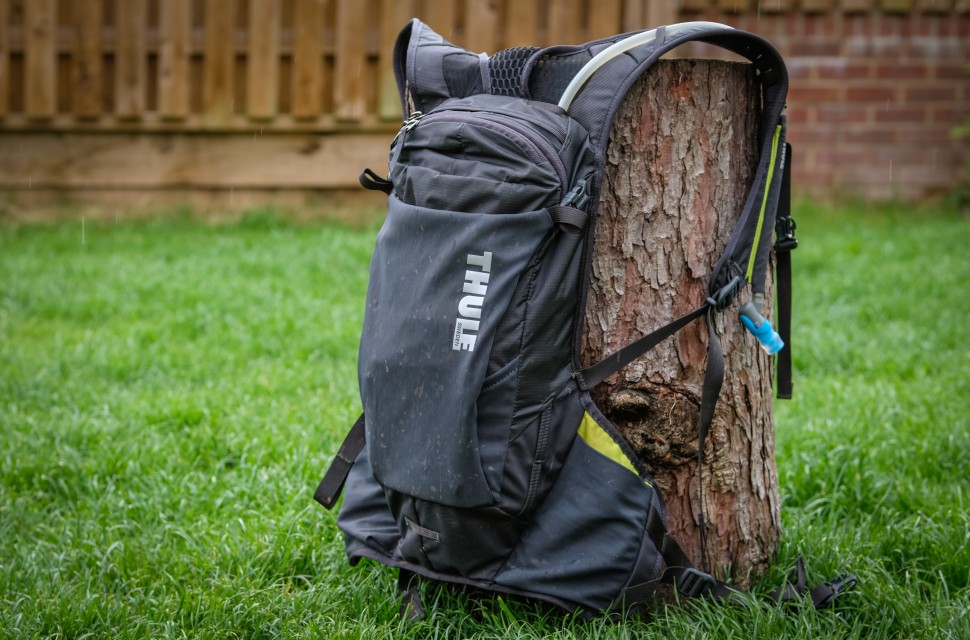 The Thule Vital 8L hydration pack is a trail riding backpack suited to shorter rides. It looks cool and the hands-free ReTrakt hose return system is genius but the pack isn't that stable and the straps have some design flaws that have caused us to mark it down.

The 8 litre pack is good for the daily essentials and the bag also comes with a 2.5L bladder which is pretty similar to the design of bladder you see in Evoc, Osprey and Dakine packs with the same rounded bite valve. The pack is pretty long and thin with storage distributed evenly up and down the inside of the pack rather than kept low as seems to be the current trend to keep the centre of gravity low. 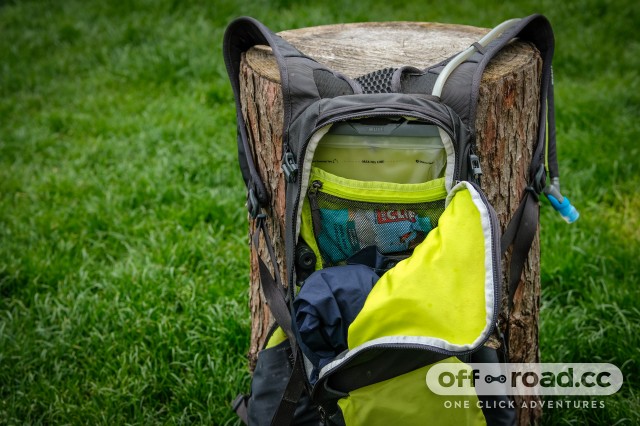 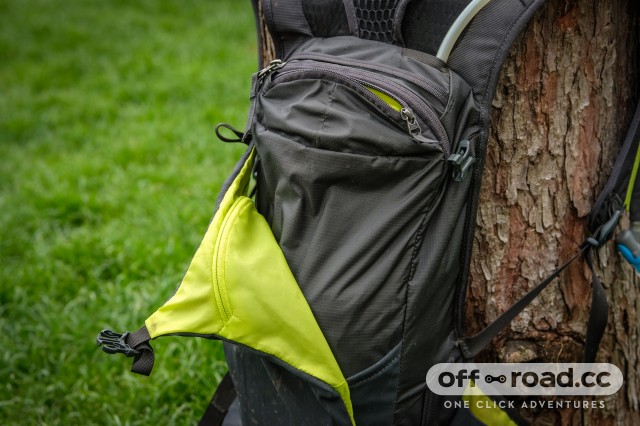 There are large and wide hip pockets attached to the waist belt which I had hoped would keep the pack pretty stable but I found on steeper terrain the bag still moved up and occasionally hit me in the back of the head. These pockets are easy to access though and superbly comfortable, hugging the body. They are really useful for storing food and dog leads but nothing too valuable as you might  lose it in a crash. 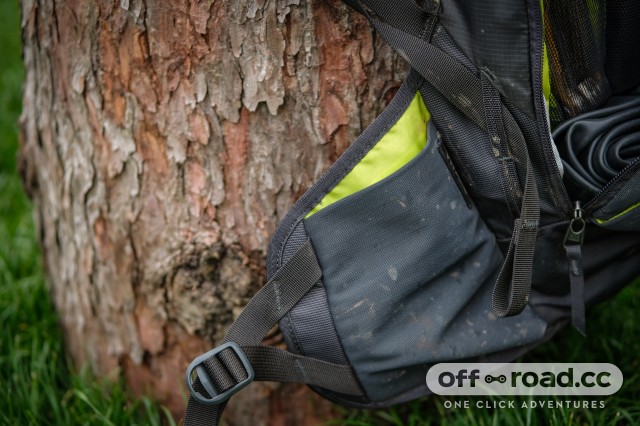 The bag itself has a three quarter length zip to access the main part of the bag, this is pretty restrictive, I'd rather see a full length zip so I can lie the pack on the ground and easily access all its contents. 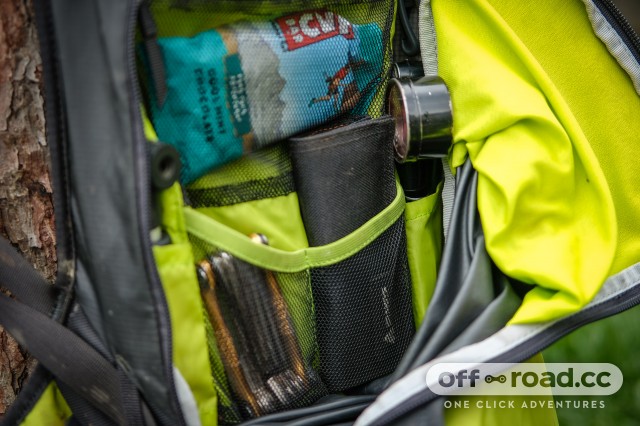 Inside there are various smaller pockets for storing tools, I really liked having a retaining strap for both a mini pump and a shock pump on either side of the bag, keeping the bulkier items tucked out of the way. The outside of the bag features a ‘stuff style’ panel with its own long inner pocket, there is a large fleece lined pocket on the top of the bag and a light loop on the bottom of the bag. 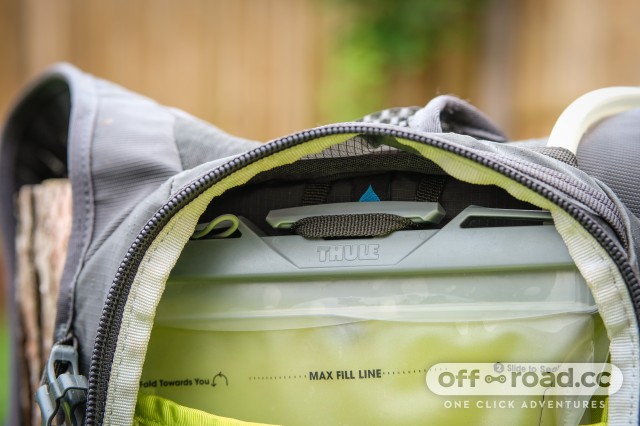 There is an inner section to store the bladder, as with any compartment like this, its best to insert the bladder when the bag is empty to allow it to drop neatly to the bottom of the bag. The loop at the top to keep the bladder in place rather than crumpling when it empties is a little short and its a niggle to loop onto the top of the bladder closure. The hose is directed out of the bag and over the right shoulder only due to the ReTrakt hose return system. That system is a strip of magnet on the hose and on the bag allowing the hose to automatically return and be secured in position when you are not using it, it works very well indeed. 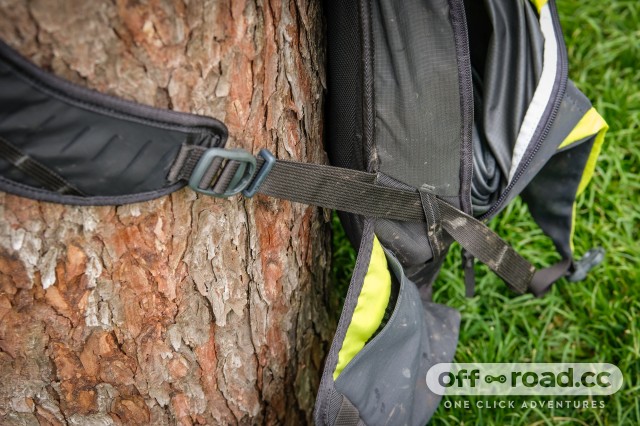 The shoulder straps of the bag are nicely shaped and again conform to the body well, stretching a small amount and moving with you but Thule has omitted to find a way to properly secure the loose ends which means you are going to have to spend some time fashioning your own keepers out of cable ties. It’s a similar affair on the waist straps, the elastic keepers provided aren’t tight enough to secure the ends of the strap, especially if you are a smaller rider and these ends are long. 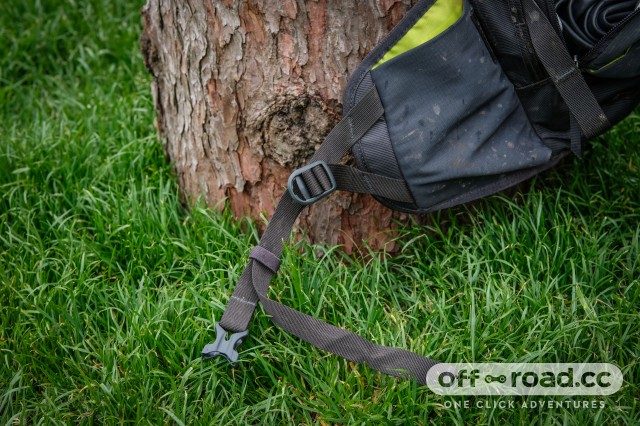 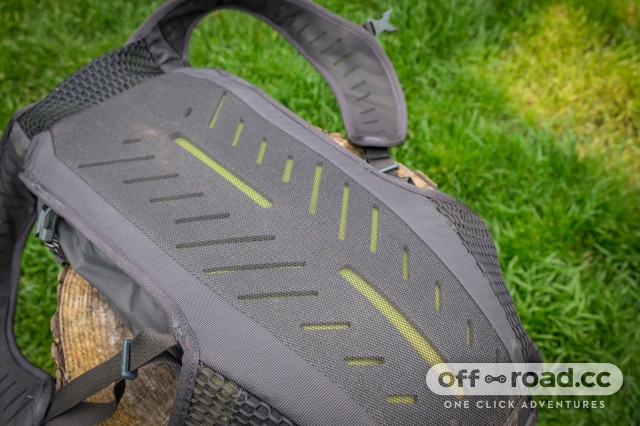 There is some back ventilation but it's not the most breathable bag I’ve ever used, that accolade goes to the Osprey Raven/ Raptor. The Thule Vital sits quite close to the back and there really isn’t a lot of room for airflow. The back panel is also pretty flexible meaning that you’ll need to load this pack with that in mind to prevent anything protruding.

At £125 the Thule Vital 8L is pretty pricey, it's £15/£10 more expensive than our highest scoring packs respectively, the Osprey Raven and the CamelBak Solstice. It is well made with all the Swedish quality you might expect so if you want a light XC/trail pack for day rides with a great hose system then it’ll be a good pack. If you are looking for something super breathable and very stable for more gravity fed riding then you might need to look elsewhere.