Skip to main content
Log In Register
'Mountain Biking: The Untold British Story' DVD review £12.00
An important part of cycling’s history told from the British perspective by some of those involved at the time. 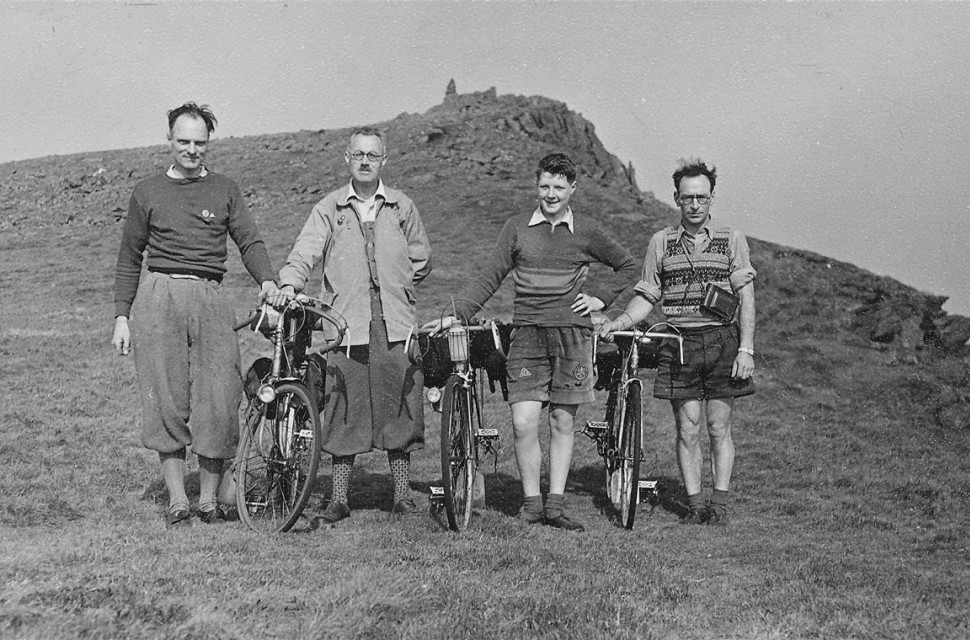 Jon Woodhouse
|
Oct 3 2017
|
Overall
Quality
Performance
Value
What's good?
What's not?
Buy if...
you want background and context to much of what we experience today

The whole mountain biking movement is a recent enough phenomenon that many of those who were involved in the early days are still around now: Blue Hippo Media have taken advantage of that fact by interviewing some of those ‘founding fathers’ when producing the film ‘Mountain Biking – the untold British story’.

It is an unavoidable fact that there is a rather limited amount of video material available from the beginning of the mountain biking revolution, which would on its own make for a short film: in addition, whilst a good proportion of that film is present on this DVD, it is also possible that you will already have seen some of it elsewhere.

That is where the interviews come in, adding personal perspectives some of the key moments in mountain biking’s development. For those of us who were also around at the time, it is good to be reminded of the excitement surrounding this new machine, to see who is still alive (not all), how they look (generally not bad), and what they are doing now (with some unexpected results).

A wide range of people are interviewed, and all are relevant; however, as is always the way, some might question why other equally significant people were not included – such as pioneering racers Caroline Alexander and Tim Gould for example, both of whom get a brief mention but no further coverage.

In some cases, space limitations will have played a part, and in other cases, the people in question simply did not want to be involved. The result is that you may be disappointed if your own favourite name is not included, but you should not be unhappy with the contributions of those that are present.

One of my favourite moments was the reuniting of Drew Lawson and Ari Hadji Pertou, the founders of the Muddy Fox MTB brand: they helped popularise mountain bikes by creating the right machines and the right marketing at the right time, and it was depressing to hear about the decline of this great British brand.

It is the same story for the Downhill World Cup at Fort William: it is a highly popular world-class event, but the Grundig-sponsored UCI-sanctioned MTB events in Aviemore and Plymouth were equally ground-breaking and would need to be covered to give the complete picture.

History shows that the market was drawn to the more race-orientated American style of mountain biking, but things could have been very different if the Range Rider from Geoff Apps had captured the imagination: designed for slow and sedate progress over all terrain, it followed on from another discipline that was peculiar to Britain, that practiced by the Rough Stuff Fellowship.

The footage of those two British pursuits contrasts dramatically with those famous films of the American Repack or Kamikaze events, and it is not hard to see which made the more exciting films, photos, magazine covers, and advertisements.

This film reminds us of the many ‘firsts’ that British mountain biking has experienced: the first race on home soil, the arrival of the first trail centre, and even the first lake-jumping event – all things that we take for granted today.

It is good to see the British side of the mountain bike story, reminding us that the Americans were not the only players. It is also good to hear the recollections of so many of those involved in all aspects of our early mountain biking development.

The film is available to download from Blue Hippo Media’s Vimeo channel, either as a rental (£3.99) or download (£9.99). Amazon Prime has a similar offer.

If you want the physical disc then it is available from co-producers Singletrack magazine , the price has recently been reduced from £11.99 to £9.99 and that gets you the usual DVD ‘extras’.

The extras take the form of informal discussions with some of the interviewees who appear in the main film: they include information on updates to the trails in Coed-Y-Brenin, which featured the first way-marked trail in the UK back in 1996; Danny MacAskill on his Drop & Roll show; Martyn Ashton talking about spirituality; and Steve Peat re-living his early cycling years.

Some of you may have managed to view the DVD for free as it was shown on the Bike Channel a few times just before the channel was taken off the air, but I don't know if that opportunity will return.