Skip to main content
Log In Register
Fabric Cageless Tool Keg £18.00
The Fabric Tool Keg, a neat, cageless and intuitive way to carry some essentials on your bike. You’ll have to keep an eye on the mounting lugs and sacrifice your bottle though. 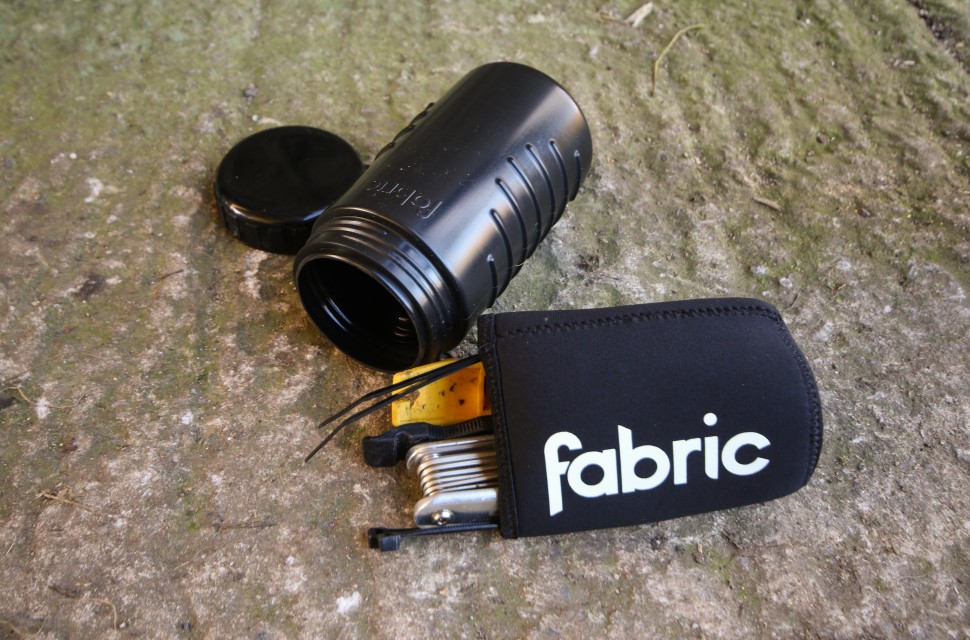 Adam Wight
|
Jan 23 2018
|
Overall
Quality
Performance
Value
What's good?
What's not?
Buy if...
You have 2 bottle bosses on your bike and want to remove some essential tool weight from your back, or you’re a camel and often ride without water!

The Fabric Cageless Tool Keg utilises the company’s patented, clever cageless design and offers a neat way to carry some essentials on your bike, rather than on your back.

Fabric’s cageless design uses lugs, rather than a cage, to enable you to mount a water bottle, and now their tool keg too. The system means there’s less clutter and weight than a conventional cage design and is far more aesthetically pleasing when the bottle is removed. The bottle (or keg) comes with 2 sets of lugs so you can mount it to more than one bike in preparation, or replace them if they wear out (more on that shortly).

Fabric have extended their range to include the tool keg which is directly interchangeable with their bottle meaning if you’ve bought both, you’ll now have 4 sets of lugs, perfect for kitting out every bike in your stable. If you don’t already have 4 bikes - N+1, right? 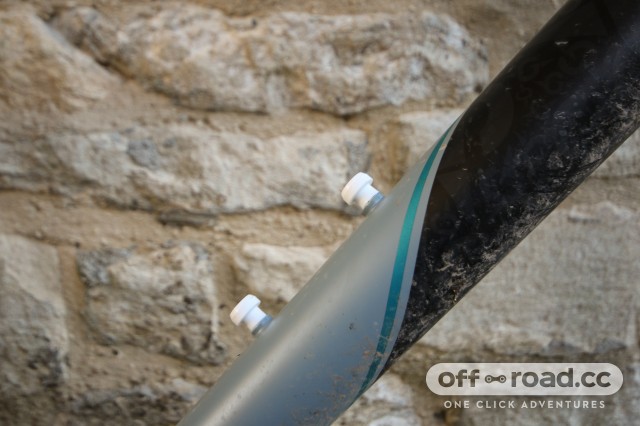 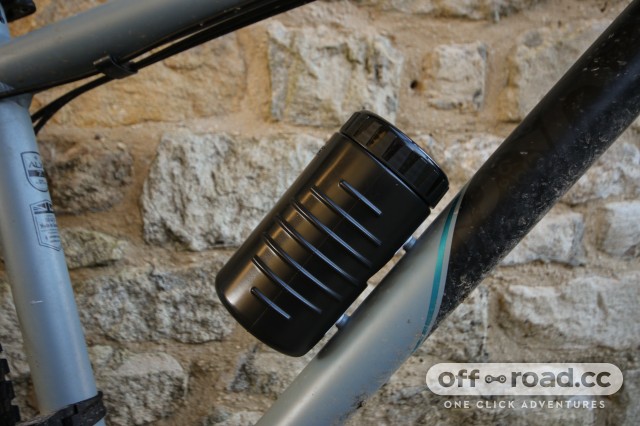 It’s becoming more and more popular recently to ride without a pack and carry as much as you need in your pockets, or in the case of the keg, on your bike. The Tool Keg comes with a neat neoprene inner bootie with little loops attached to the top for easy removal. The sock keeps everything secure and almost entirely noise free, as long as you pack sensibly. It's watertight too, meaning if you wanted to keep a thin base layer in there you could - I managed to squash a windproof into mine on one ride which came in handy. The keg itself is hardy and tough too, I’ve dropped it, crashed with it attached and inadvertently sat on it whilst empty and it still works fine. 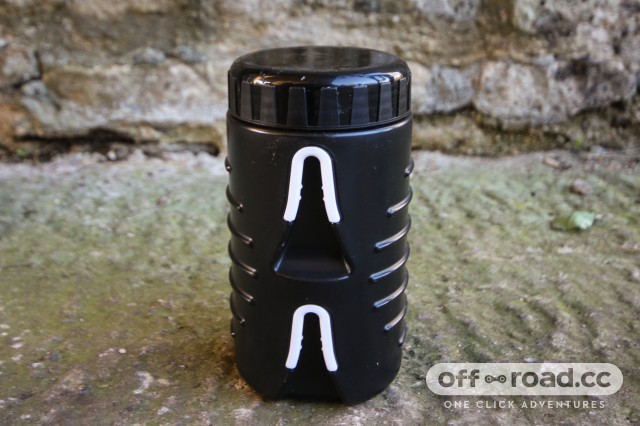 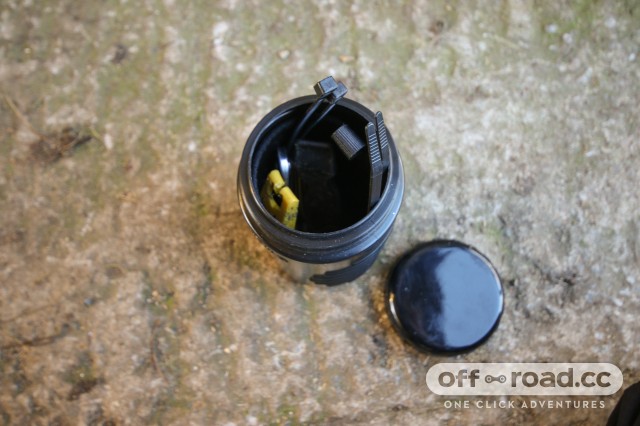 I’ve been using Fabric’s cageless design bottle for a while now and whilst I love the simplicity and tidiness of the design, I have on a couple of occasions, lost my bottle (more ways than one!). When new, the lug / bottle interface is snug and tight however, with use, this connection becomes marginally looser meaning when the going gets rough, the bottle can come detached from its mounting studs. Whilst that’s not such a massive issue with a water bottle, I’d be pretty miffed if my Tool Keg, containing an expensive multi tool and/or other items was to catapult into the undergrowth. If like me, you don’t realise it until the end of the trail, the search area can become rather large. I should note, that has only happened with extensive use and I’ve not lost another one since I started to regularly either very marginally tightening the studs every few weeks, or swapped them out for newer, less worn ones. You will of course eventually wear the bottle or keg to the point where even new studs don’t offer a tight enough interface although I’ve never got to that point yet and if you’re anything like me, you’ll have lost the bottle or the lid long before that occurs.

The only other downside to the Keg, is that unless you have 2 bottle mounts on your bike, you’ll likely have to forgo carrying a water bottle to allow use of the keg. For me personally, that kind of defeats the object of the keg in the first place - to get as much weight on the bike as possible and allow you to ride packless. Its a well thought out piece of kit and with its neat neoprene insert, offers great value at £17.99, but I’d question its functionality in the real world. 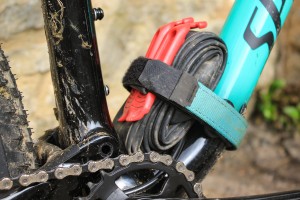