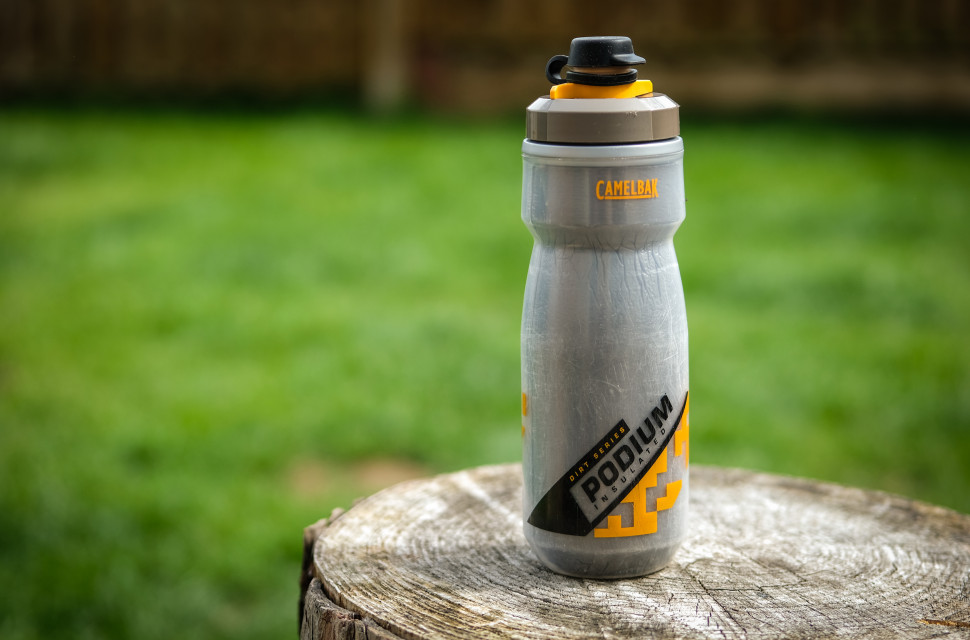 The new CamelBak Podium Dirt Series Chill 21oz (620ml) water bottle is an insulated vessel with a valve cap to keep us mountain bikers from tasting the dirt. There's a new valve and lock out on the cap and it's easier to clean than the last iteration of the top too.

The CamelBak Podium  bottle (and others in the range) have undergone a makeover this year, just when you thought it'd be hard to improve a water bottle. They get a new bottle shape with an indent to better secure into cages, a new cap and valve and our 'Dirt Series'bottle gets a Mud Cap (also available as an accessory for £5.99) to stop you eating dirt. 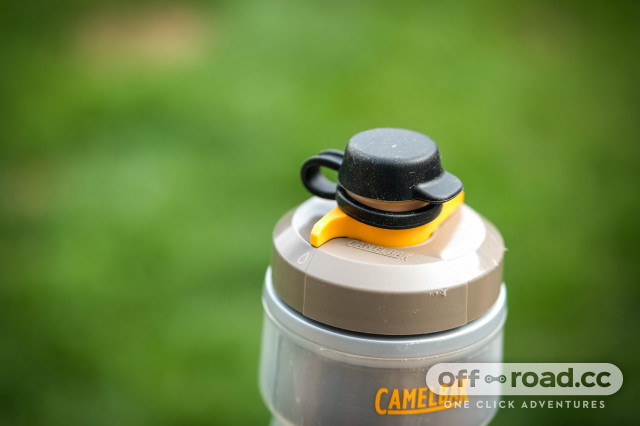 The new bite valve and upper lid is an improvement over the old version, the twist lock out is easier to grab hold of and, although you won't need to employ it on the bike, it's very handy and super secure when transporting in a bag or otherwise, mine hasn't leaked at all. As with CamelBak bottles of old you'll still need to either suck the cap or squeeze the bottle to get water out but it doesn't take much pressure and the plastic of the bottle is malleable enough even in this double-walled insulated version. Furthermore the lid is now easier to take apart and clean, there will be no excuse for mouldy looking material under the clear rubber now. 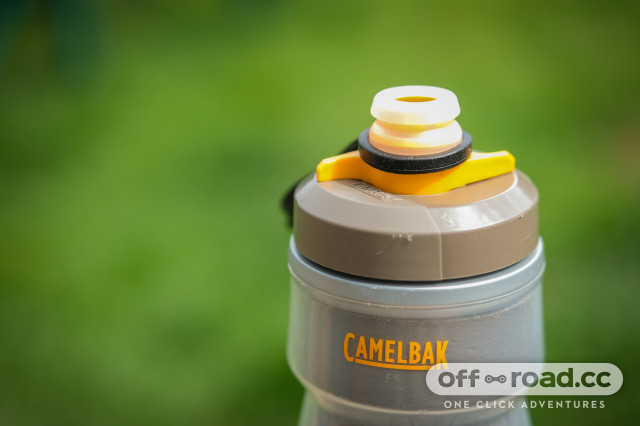 The Mud Cap looks a little like an afterthought though, it stays on whilst riding but there's nothing to secure the ring of the cap to the nozzle, if you are a little too hasty it'll come off or ride up the nozzle either being lost or interfering with drinking. 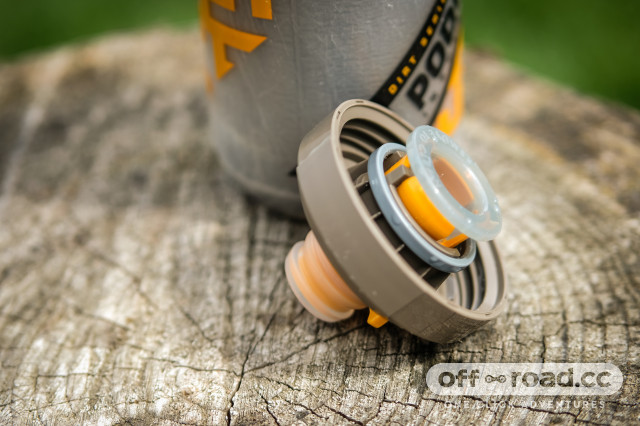 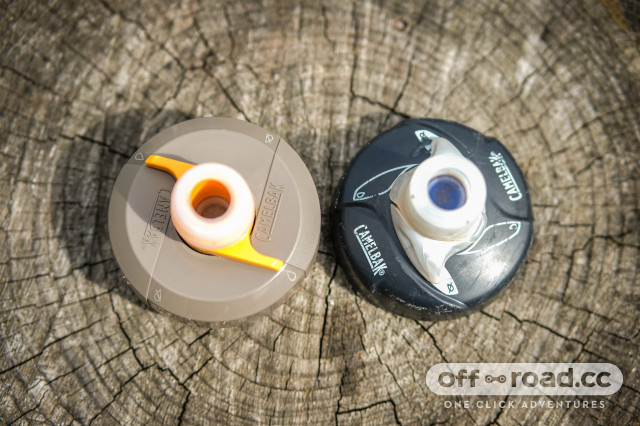 The bottle can contain 620ml of liquid and is 100% free of BPA, BPS and BPF and the double walled nature of this version does keep your drink cooler than it night otherwise. On hot days I always reach for this rather than the regular Dirt Series Podium. The insulated version of the bottle holds the same amount of drink as the non-insulated version but it's taller so those of you with restricted room for a bottle cage or piggyback shocks to get in the way might not be able to use it. 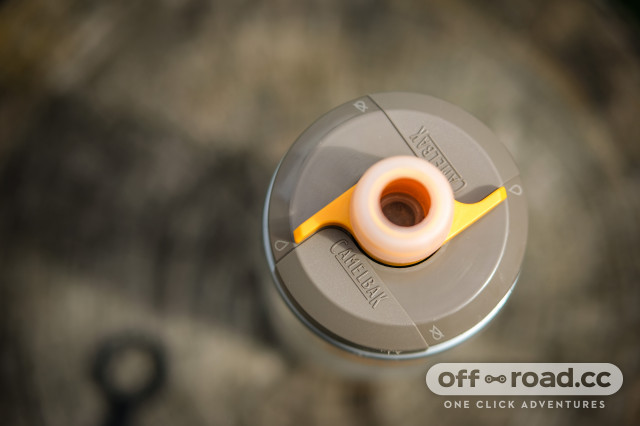 £17.99 might seem a tad steep for a water bottle but I've used CamelBak bottles for years and have yet had one break and I doubt this one will buck the trend. The insulation does keep liquid cooler for longer, nothing like an insulated flask but it does help in the height of summer, no-one likes warm electrolytes, think akin to keeping your bottle in the shade all day.....