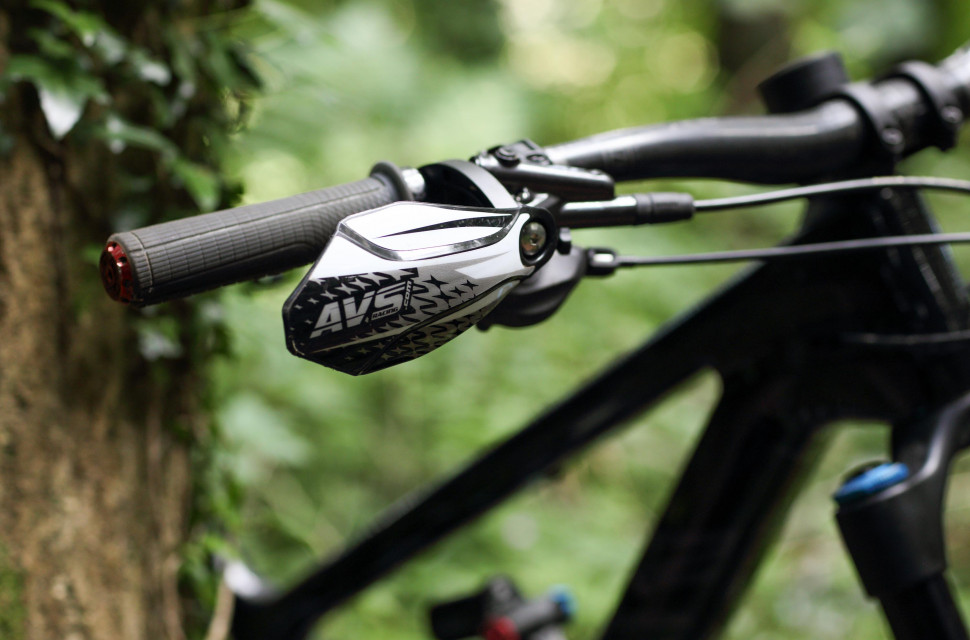 Simplicity is the name of the game with the AVS Racing Handguards and what you get is a high-quality product that is simple to set up. But it's worth noting, they're better suited to parrying trailside foliage rather than protecting your pinkies. 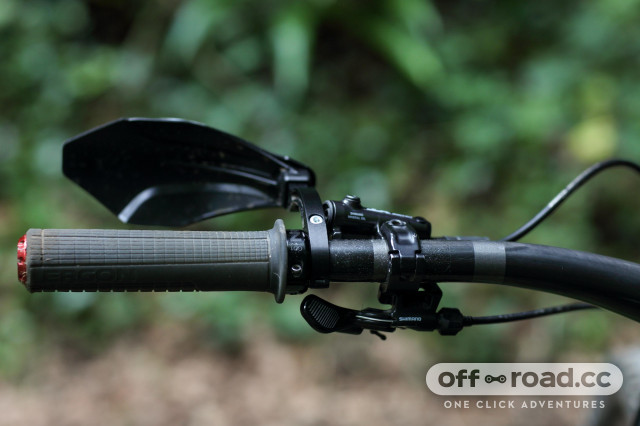 AVS Racing has approached handguard coverage a little differently from other brands. After a crash caused by a stray branch hitting the brake lever, the design was thought up. Then these handguards really caught on after they were seen on Aussie downhill and enduro legend Sam Hill's bike. But with that hazard in mind, they provide protection against any involuntary braking caused by protruding twigs or trailside features – which explains their prolific use in the EWS.

Here we're testing the aluminium model of AVS Racing's handguards, meaning that they get aluminium brackets that clamp the guards onto your bars. However, if you're buying directly through AVS Racing's website, there's also a full plastic model available for less money. 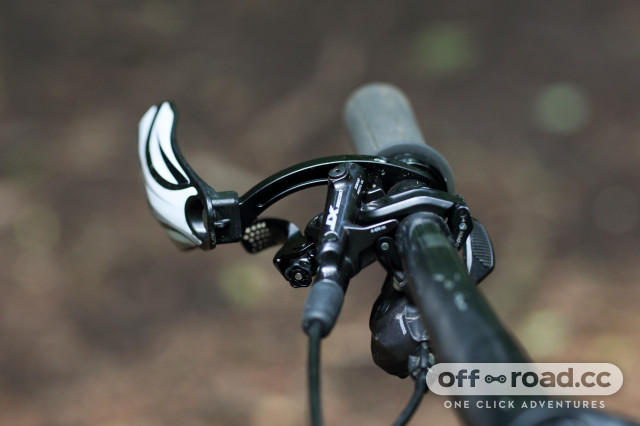 For UK buyers, these handguards are only available as the Nukeproof AVS Sam Hill Handguards but don't worry, they're exactly the same as the guards we have here. That doesn't mean you can't buy from AVS Racing's website, but you will have to deal with currency conversion at check out. 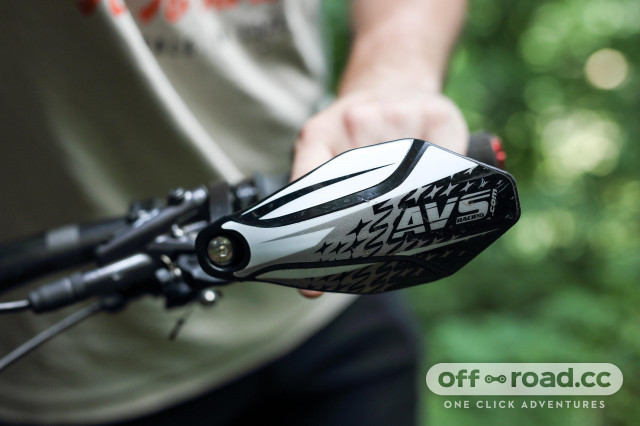 Set up could only be easier if Gandalf magicked them on for you. Simply wrap the bracket around your bar, snug the bolt up and then bolt on the plastic guard.

If the guards are too close to your brake set up, a pair of 10mm spacers in the box can be fitted in between the bracket and the guard. However, that's all you get in terms of adjustability; if neither fitting nor leaving out these spacers works for you, you're stuck.

A more likely downside is if you run your brake levers close to the bar or if you have small hands. In these instances, you'll be left with your guards pretty far away from your hands. Although this may reduce effective coverage, this will minimise the chance of the guard squishing your fingers under impact on the plus side. Unlike the Sendhit Nock handguards, there's no foam to protect in such an instance.

AVS's handguards are much smaller than other guards available, which is great if you're looking for most of the benefits that handguards offer but with a more discreet look. If coverage and ultimate protection is your priority, the AVS Handguards don't quite keep up with the competition. Their smaller size knocks most trailside debris out of the way, but I've found many stray bits and pieces still slap my knuckles. 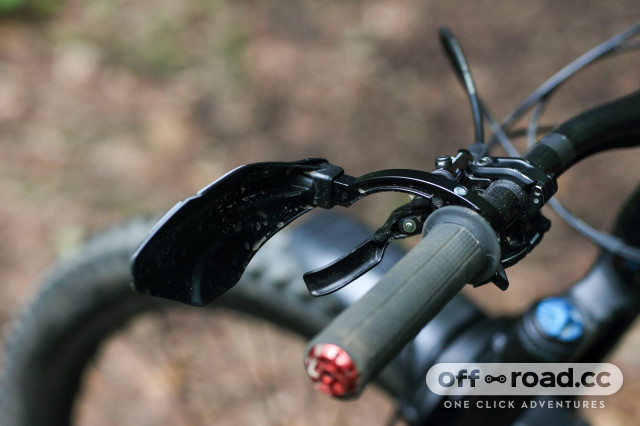 Like the other mountain bike-specific handguards on the market, integration with Shimano levers is far from perfect. If, like me, you like to run your brakes butted right up against the lock ring of your grips, you'll have to compromise and shift them inboard, as the AVS guards provide the best coverage when the bracket is right up against your grips.

This isn't something that's stopped me from appreciating them, though. While I would absolutely love it if they worked better with my Shimano levers, I've adjusted quickly to running my hands slightly more inboard. 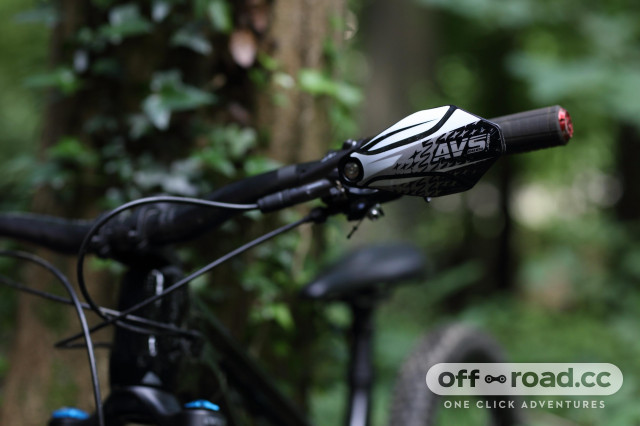 In terms of value, the AVS handguards are a little pricier than the Sendhit Nock Handguards and more than twice the price of Acerbis' X-Elite Handguards. The Sendhits get more adjustment, offer more coverage and more protection. However, they're a little weightier at 169g, and the way the guards and brackets join isn't as quick to master. The Acerbis guards offer a lot more coverage, even some for your brakes, but their build quality doesn't match the AVS Handguards.

AVS Racing's Handguards are ideal for those who want to protect their brake levers against pesky branches and such but want a more discreet look. They're even better for those who want to unleash their inner Sam Hill, but for the money, the coverage and protection they offer doesn't quite stack up to the competition.