Skip to main content
Log In Register
Acerbis X-Elite Handguards review £35.00
A solid but basic entry-level handguard that's not without a few quirks 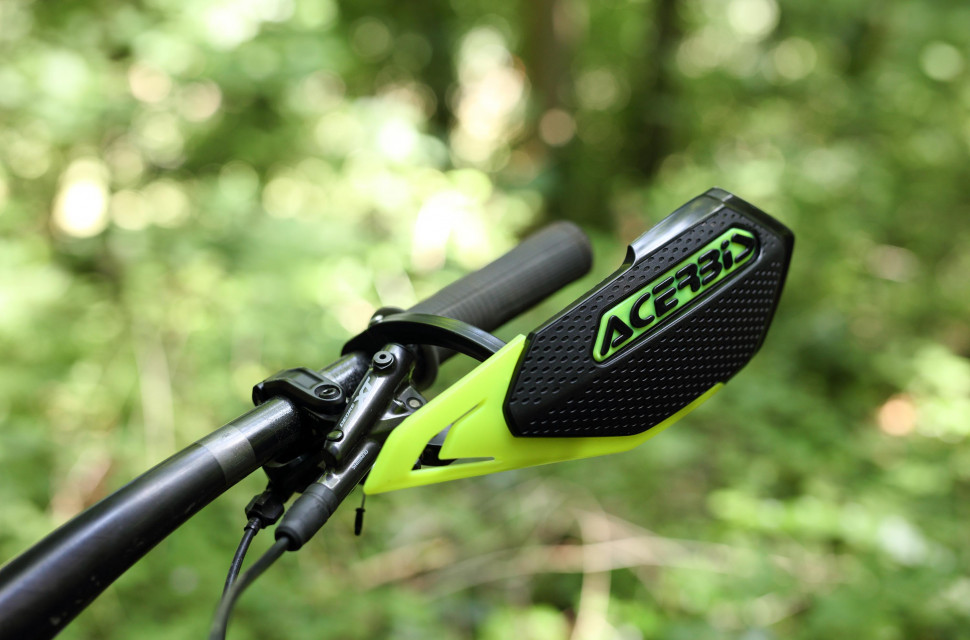 Liam Mercer
|
Jul 29 2021
|
Overall
Quality
Performance
Value
What's good?
What's not?
Buy if...
You want to give handguards a go without spending double the money

At half the price of competing mountain bike handguards, the Acerbis X-Elites are definitely a case of 'you get what you pay for'. They don't carry the finesse or quality of their spendier competition, but they're a cheap and most definitely cheerful entry if you're just curious to see what handguards are all about.

Acerbis is a name that's synonymous with motocross. They produce aftermarket plastics and handguards for motocross bikes, making total sense to see the brand adapt handguards for the mountain bike market.

Acerbis X-Elite handguards - how they're built 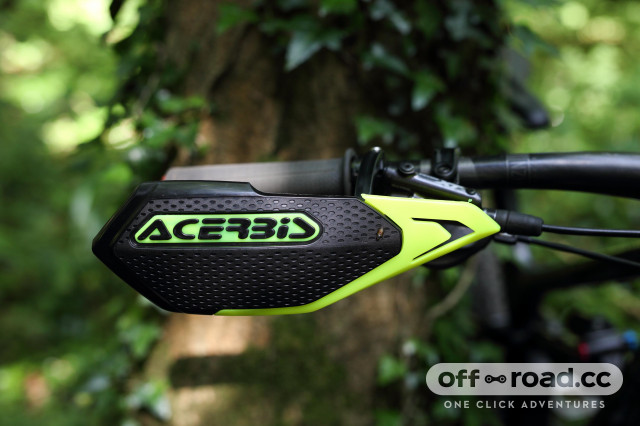 The X-Elite handguards have been built using thermoplastic throughout, apart from alloy screws for a lightweight, bendy, and crash-resistant quality.

Installation is nice and easy. Instead of opening up a hinged clamp or taking the grips off your bar to slide the guards on, the X-Elite guards are designed to flex at the clamp, so you can bend open the clamp and pop it onto your bar. Rather than Allen bolts, the X-Elite guards use self-tapping Phillips head screws.

The use of Phillips head screws makes the X-Elite guards a little trickier to set up than something like the AVS Racing handguards because it's tough to apply enough torque to stop the guards from slipping over rough terrain without wrecking the head. 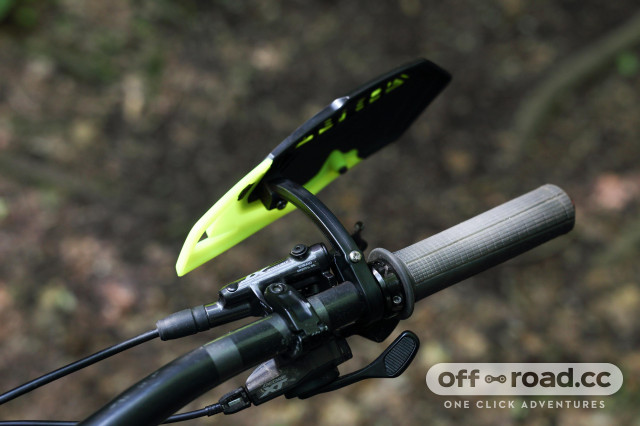 Something else that sets the X-Elite guards apart from the rest of the pack is that they come with removable spoilers. This is the yellow coloured part you see in the images. The spoilers extend the guard's coverage over most of the brake lever but whether or not they're helpful is entirely up for debate.

If you were unfortunate enough to take a spill and the lever managed to slap into a rock, the spoiler could save it from a nasty scrape. Against foliage, though, and the general stuff you're more likely to encounter, I don't think it's entirely necessary. You'll at least save your levers from picking up any garnish stuck around the reservoir.

Thankfully, they're easily removed, and of course, if you choose not to run them, you'll save a few grams.

Acerbis X-Elite handguards - How they perform 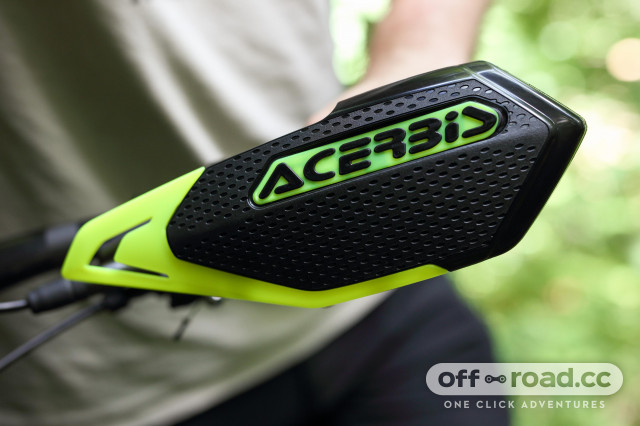 As these guards are quite big and don't come with any way to adjust their distance from the bar, they feel pretty cumbersome. While riding, they kind of disappear for me at least, but if you're sensitive to any cockpit-based peripheral distractions, the X-Elites may not be for you.

While the use of Phillips screws makes for finicky installation, the X-Elite guards come with a couple of great points that might persuade you to pick them over other options. 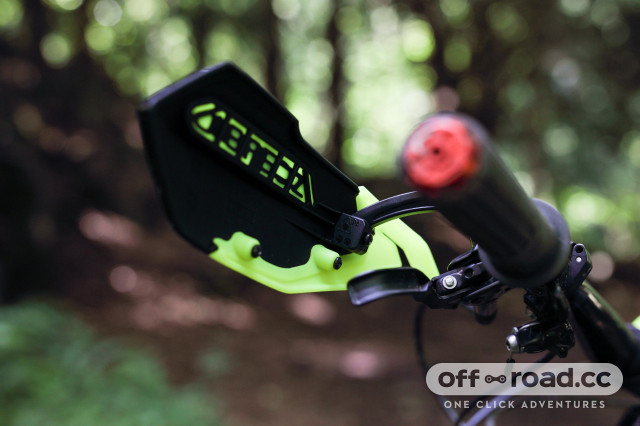 Mainly, they're huge. Even without the spoiler attached, the coverage is expansive and incredibly effective if the guard doesn't slip out of place. Secondly, thanks to their complete plastic build, they're pretty light, weighing in at 130g.

and the verdict is... 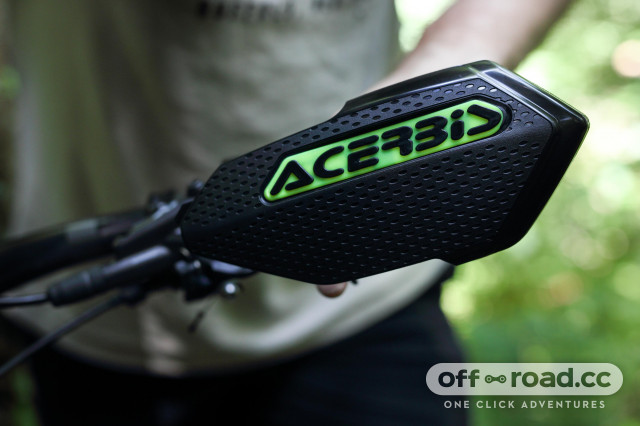 Granted, the Acerbis X-Elite handguards miss out on quite a lot of the goodness you get with the spendier guards, mainly the adjustability and stability. But these are a very reasonable step into the world of handguards, especially if you're on the fence over them.

If you're not yet sold on the idea of handguards but want to give them a go, the Acerbis X-Elite Handguards are a great place to start. While they don't carry many of the bells and whistles you'll find on pricier mountain bike handguards, they perform rather well, though they're prone to slip on the bar a little.