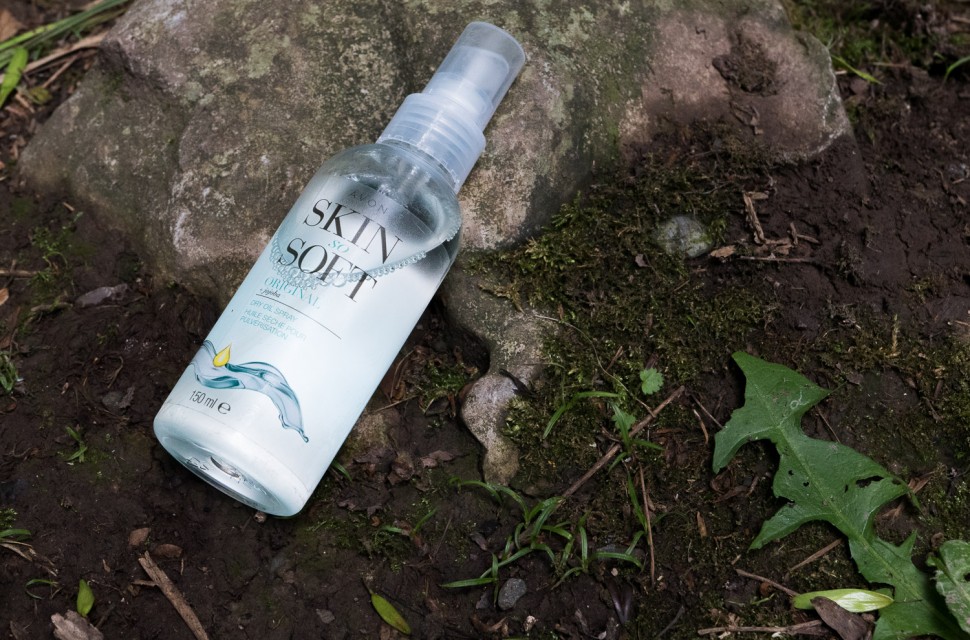 Jon Woodhouse
|
Jun 6 2018
|
Overall
Quality
Performance
Value
What's good?
What's not?
Buy if...
You want a cheap and cheerful way to keep bites at bay and don't want to use DEET

Much more than just a skincare product, I've found Avon's Skin So Soft Dry Oil spray is a remarkably effective way to reduce midge bites, thanks to providing an oily barrier to the biters. It's cheap and cheerful, but doesn't offer the same level of protection as 'proper' insect repellents.

Originally intended to make your skin lovely and soft - it does that, too - the folklore goes that British Marines based in the midge-infested Highlands of Scotland turned to this fragrant moisturiser to stop being bitten as their issued insect repellent wasn't up to the job.

There's no doubt that the popularity of that story has something to do with the idea of rough tough soldiers going around smelling extremely perfumed and with fabulously soft skin, but it turns out that there are scientific studies that Avon Skin So Soft works to repel midges. Even the US military reckons it's better than nothing - it's not as effective as 95% DEET, but then again, that's the stuff that melts plastic.

Either way, I tend to get devoured as soon as the midges appear at the start of summer, and I've found this stuff really does the trick for me. Using entirely unscientific testing for this review, I coated one leg in the oil and the other without, then went for an evening ride at peak midge feeding hours. One ride later, one leg was starting to get quite itchy and the other was fine, if rather pungently smelly and lightly greasy.

As well as the smell, I'm not a huge fan of the feel of the oil on my skin - again, neither are midges, which is one theory as to why it works, as well as containing citronella and jojoba oil - and if you get it in your eyes then it stings like buggery and is a right pain to wash out thanks to the oily texture. I'd rather take all that any day than spending post-ride nights itching like crazy.

Personally, I liberally cover myself in the stuff before any ride where it's likely to get bitey and I'm much happier for it - not something I'd be that happy doing with anything that's got DEET in it. More than anything, that's because that stuff can to do bad things to plastic clothing or lenses - many studies have shown DEET is perfectly safe at all but the most extreme concentrations and is also effective at keeping mozzies at bay.

Either way, Avon Skin So Soft works well enough for me to consider it £2.50 well spent - plus I feel delightfully soft after every ride, which is priceless.