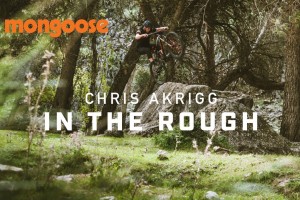 Video: Chris Akrigg gets bumpy In The Rough
Trials-trails supremo gets stuck into some impressively rocky action

Video: Danny MacAskill's Gymnasium
Perhaps the best use of a gym we've seen!

Scared of heights? Well, you might just be after you've seen this video of trials star Kenny Belaey hopping his way onto the iconic Kjeragbolten boulder in Norway, seeing as it's sandwiched between two vertical rock faces 984m up in the air.

It's not the first time the Belgian rider has pitted his trials skills against an abyss, having previously hopped his way over a 500m deep gap elsewhere in Norway. His latest effort upped the stakes considerably, as it would require him to drop 2m down onto the boulder with a target area of just one square metre to land on. Add in the fact that the surface of the rock is also highly polished thanks to the feet of the many visitors it gets each year and it's a tricky proposition at best.

As detailed in this Red Bull story, Kenny had a big old hike-a-bike to get to the rock in the first place, only reaching his destination after a tiring four-hour slog. Apparently, his first attempt to drop onto the rock went off without a hitch, but on the second time around he almost lost his balance. Oddly enough, after almost tumbling into the abyss, he wasn't up for a third attempt, saying "I felt pale and I was trembling on my legs. After my almost fall there was nothing that could convince me to jump again."

Either way, it's two more attempts than we'd ever want to do - watching it is more than enough, thanks...