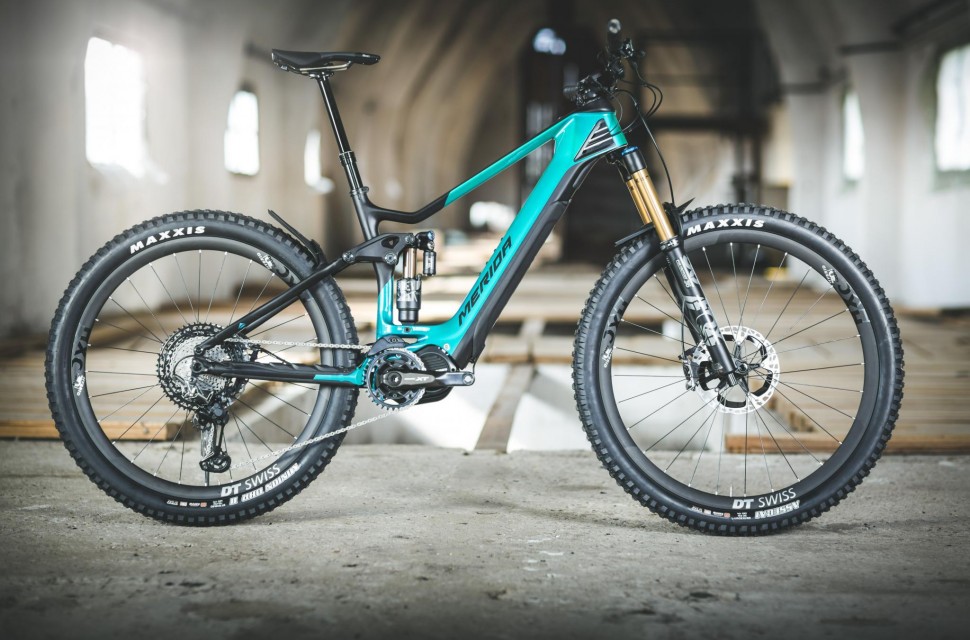 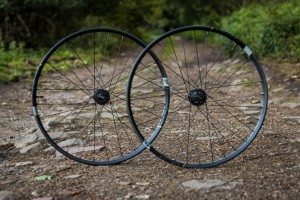 It's been three years since the introduction of the original Merida eOne-Sixty, in that time the bike has performed well with top reviews over many mountain bike publications, including ours. Now it gets an overhaul with an integrated Shimano battery, a carbon front triangle, mixed wheel sizes and even battery cooling air vents.

Top of the list to mention is the new carbon frame, previously only available in alloy, this bike gets a carbon front end with an integrated Shimano battery, care of the E8000 power unit. Merida says it's stiff, despite the large battery housing and lighter than the old bike too. Up at the head tube are those interesting looking air vents needed to keep the battery cool as carbon is a poor thermal conductor. The vents are named 'thermo gate' and allow the warm air from the battery to escape. 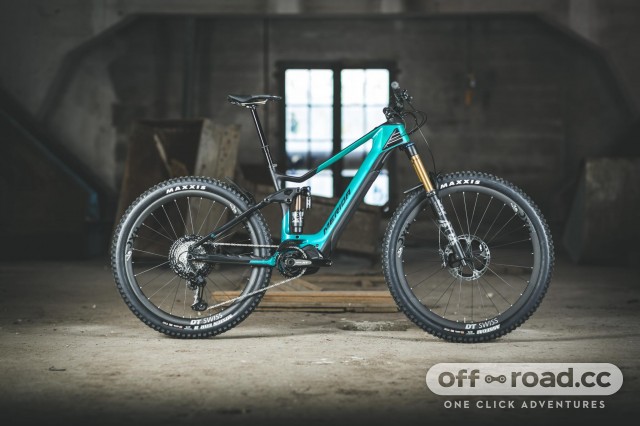 The battery cover has a fancy name too, the 'energy guard' is in two pieces and protects the batter whilst also offering, Merida says, fast and easy access to the battery. It is removed by using an Allen key (found in the rear axle) and then pressing a release switch, reversing the process to install. If you spend on the 10K model then you get a spare battery and backpack to put it in too, this feature aimed at riders taking the bikes out for lengthy e-tours where one battery isn't enough to last the distance. The eOne-Sixty comes with the aforementioned Shimano STePS E8000 motor offering up to 70Nm of power with a 500w battery. 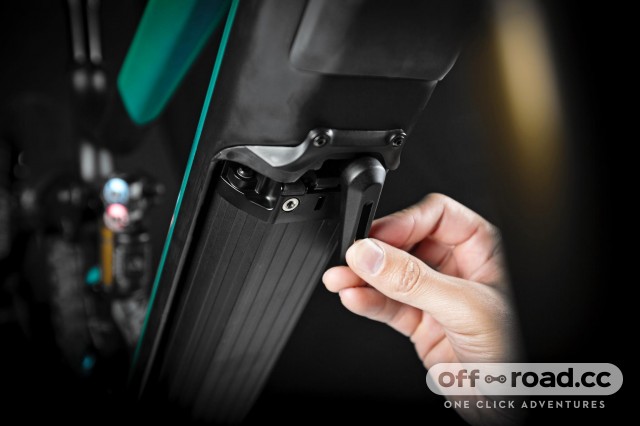 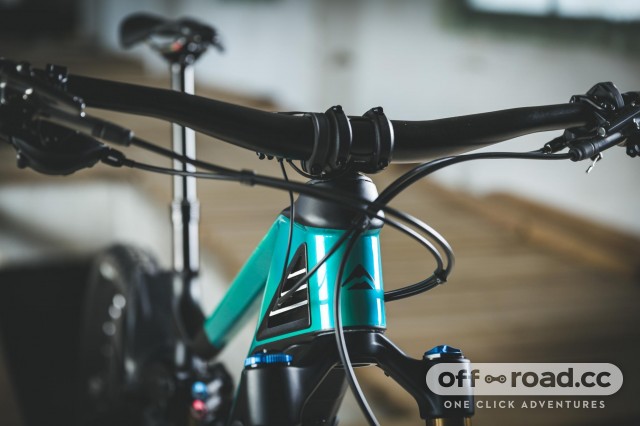 As seems to be the trend in both enduro racing and with e-mtb's too, the eOne-Sixty gets a 29err front wheel and a 27.5" rear wheel. The front is shod with a 2.5" tyre and the rear gets 2.6", a smaller volume than last years plus sized tyres. 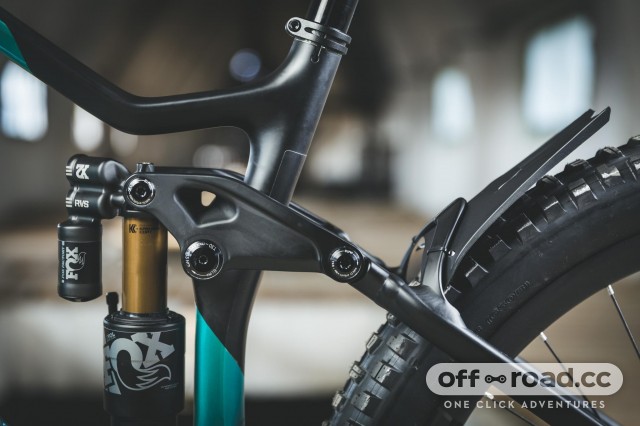 Geometry wise, the new bike gets a slacker 65.5 degree head angle and a slightly lower bottom bracket but elsewhere it's pretty similar to the old bike. 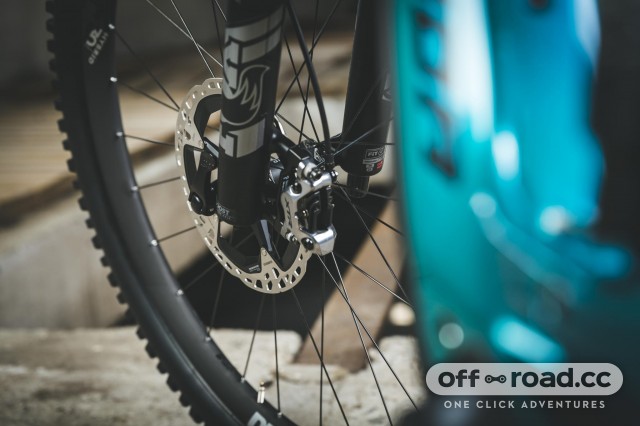 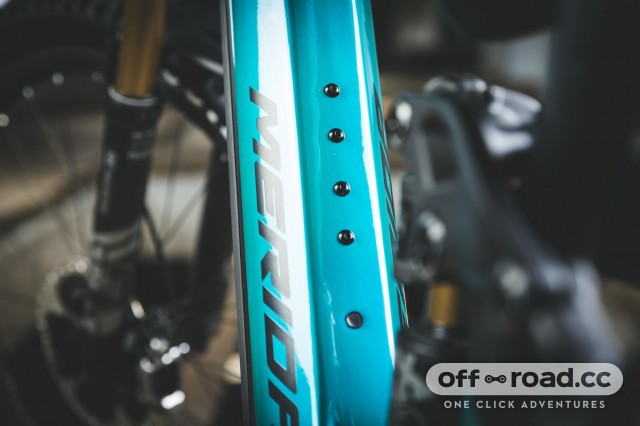 Is there anything else you need to know? Well, you can carry a 750ml bottle inside the frame, the bikes get 165mm cranks, there is more room for inserting longer dropper posts and it also gets a 'Trek knock block' style system to stop the crown of the fork damaging the large down tube. The shifter style lever to change the motor mode has also been dispelled with, instead, Merida uses more conventional button allowing riders to run shifter style dropper post levers, something we reckon will be a good improvement after riding the older bike. We also spotted a very Specialized esque rear chainstay protector..... 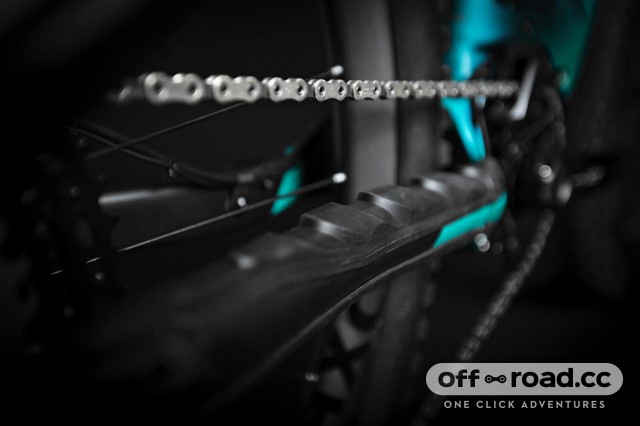 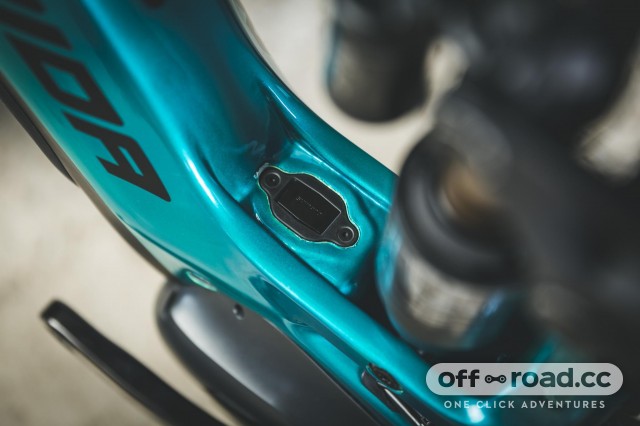 The eONE-SIXTY carbon is available in 4 different spec levels, from the Shimano XTR and Fox factory equipped top model, the aptly named 10K (costing €10,000) to the 9000 and 8000 spec bike all the way through to the more wallet-friendly 5000 bike which will cost under €5,000. All four models feature the same frame, motor and battery. 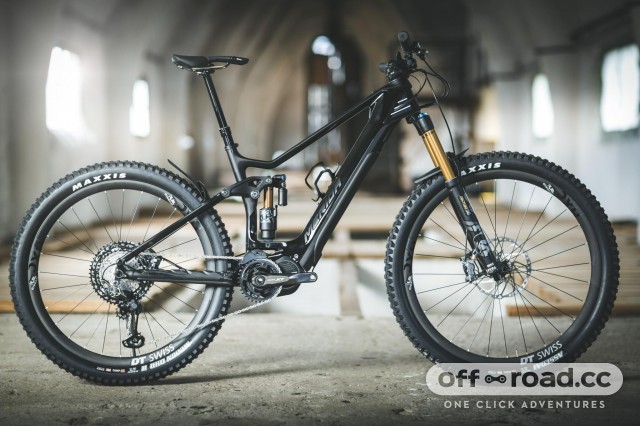 If you still like the alloy version of the bike, you'll be pleased to know that this design of bike will stay around for the foreseeable in two different models and with more affordable price tags.